Where to Watch the Game

Watch Sunday’s Super Bowl action unfold in high definition at one of Boston’s best sports bars. Or choose a foodie-friendly event to get your taste buds all riled up. Not into football? We have that covered too. 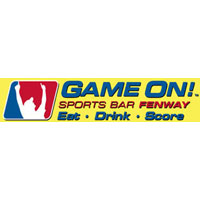 Game On!
Join hundreds of fans for a rowdy night of football at Game On!, as your Patriots attempt to bring home yet another championship to “Title Town.” “Wayne,” the owner of the famed sports bar, invites you to throw back a cold one (or three) as he will be buying a round for the house. With walls covered in projection HDTV’s, a top-of-the-line sound system, and a superb offering of wings and nachos, it will be hard to find a better place to watch the Pats reach for perfection.

Harper’s Ferry
Come join the Harper’s crowd as they root the New England Patriots on to victory. The bar has a 10-foot projection TV, barbecue grub, drink specials, and they’ll be giving away tickets for upcoming shows. 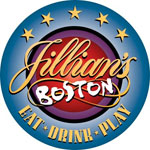 Watch the Patriots pursuit for perfection this Super Bowl Sunday at Jillian’s, the Fenway area megaplex that is sure to be where the action is. With more than 50 plasma television screens, and an 80-by-10 foot video wall, you won’t have a choice but to keep your eye on the game. The complex offers two full-service restaurants, three bars, as well as billiards and bowling for those who just can’t sit still during what is sure to be a nerve-wracking game. 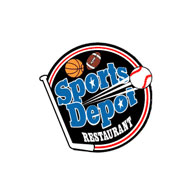 Head to Allston to watch the game for great food, plasmas every which way you look, and an atmosphere that’s sure to pump you up. If none of your friends will man up and volunteer to have the party at their place, The Sports Depot can gladly accommodate you and all your friends. It’s almost as if they have a TV for every person in the place! Get there early if you want to stake out a table, otherwise, it’s standing room only. They are also holding a halftime buffet with typical tailgating food; wings, nachos, chili, but you’ll have to fork over a $10 cover at the door. 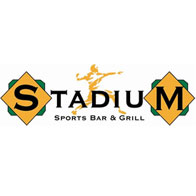 Stadium
Celebrate the big game Southie style with some of Boston’s biggest Pats fans at The Stadium. With more than 30 flat-screens, some are even placed in the bathrooms, there’s not a bad seat in the house. They offer an extensive selection of draft beers and an impressive martini list, and the bar food is top notch. 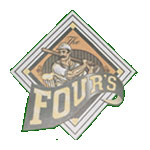 A Boston institution, and number one rated sports bar by Sports Illustrated, the Fours Restaurant & Sports Bar is sure to live up to its legendary name on Super Bowl Sunday. With a high-rated menu, ample seating, and HD televisions on every wall, this bar is one of the most comfortable spots to watch the game. Enjoy a beer and a plate of barbecue chicken nachos amongst sports legends. This bar has one of the most extensive sports memorabilia collections in Boston, making it perfect for watching the Patriots attempt at sports history. 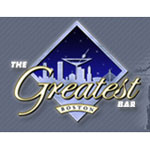 Throw on your worn-in Pats jersey, sit back, and enjoy a bucket of beer and a plate of wings at The Greatest Bar this Super Bowl Sunday. This bar, located near the TD Banknorth Garden, has become a favorite amongst Boston sports fans, and it’s due largely to their coveted HDTV—the biggest in Boston. The only thing better than watching Tom Brady live on the field, is watching he and his larger-than-life teammates on a 14-foot plasma. 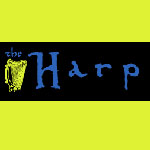 The only thing better than a night of football, beer, and wings, is a night of free football, beer, and wings. The Harp and Boston’s premier sports radio station, WEEI, are throwing a Super Bowl bash fit for a champion team, complete with a free half-time buffet, and a beer and Patriots gear give-away. And, with more than 20 televisions, you won’t miss a minute of the action. 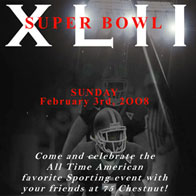 FOR THE FOODIE FANS

75 Chestnut
Head to 75 Chestnut for some quality football fare, including barbecue baby back ribs, sausages, Buffalo wings, and other tailgate specials. Watch the game on the plasma, kick back cold brews, and win prizes to boot!

Pigalle
Before you nosh on nachos and wings for five hours, treat yourself to Marc Orfaly’s gourmet a la carte brunch, which includes duck confit hash with poached eggs and hollandaise sauce, sliced skirt steak with scrambled Vermont cheddar eggs, and more! 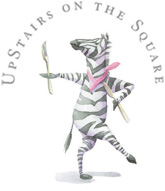 If you’re more likely to have your eyes on the feast, rather than the football, then the Super Bowl party at UpStairs on the Square is for you. Enjoy specials like Fire Engine Chili, grilled cheese dogs, ribeye steak sandwiches, and nachos and guacamole (with homemade chips). Although we can’t guarantee you’ll meet a hot date, if you wear a football helmet, you’ll get a free plate of famous Hot Dates.

Vox Populi
Boston vs. New York. It’s not just a team thing, it’s a food thing too. For the Sup
er Bowl, Vox Populi pits the two cities against each other in a culinary fight to the finish, including New England clam chowder vs. Manhattan clam chowder, stuffed quahogs vs. pasta primavera, Boston baked scrod vs. New York sirloin, and Boston cream pie vs. New York Cheesecake. Wear your helmets, this might just break into a food fight!

Going Green Expo
“Take green to the mainstream” at the first ever Going Green Expo at the Bayside Expo Center. Celebrate living the green life, or just come to learn more about how you can join the green revolution. Among the many offerings the weekend has to offer are an eco-fashion show, green career fair, green bazaar, green test track, and a building and decorating zone. 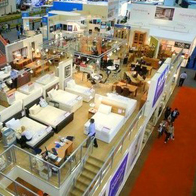 Home Show
If you’re looking for a way to fix up that dreary looking living room, trying to spice up your kitchen’s décor or just a big nut when it comes to home remodeling, then the Home Show this weekend is the perfect place for you! Presenting hundreds of exhibits with sample vignettes, demonstrations, amazing products and expert advice, this convention will certainly prepare you for any current or future projects in mind. 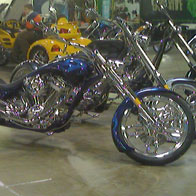 New England Motorcycle Expo
Football not manly enough for you? Instead of butting heads with Giants’ fans, rub elbows with other bike buffs at this motorcycle show. See some great lookin’ hogs and Harleys, featuring the industry’s leading vendors and a selection of motorcycle attire, parts, and accessories. Attending builders include Craig Whitford and Brad Ruel, Knievel Custom Cycles, and Street Smart.