From the ocean cliffs of Maine to the pristine beaches of Nantucket, these coastal destinations offer sand, surf, and idyllic “I do” backdrops.

With its cobblestone streets, white picket fences, and gray-shingled homes accented by vibrant blue hydrangea, the Vineyard is charming without veering toward twee. Its folk are instantly warm and welcoming—the locale otherworldly. Although it’s a mere 45 minutes from the mainland, it feels decades removed. The Vineyard plays host to as many as 30 weddings every weekend throughout the summer. Is that reason enough to get married there? No, but it proves two things: There’s got to be something pretty special about the island to draw that many couples, and, more importantly, you need to book well in advance.

A weatherproof tent artfully transforms the yard at the Dr. Daniel Fisher House in the village of Edgartown. Built in 1840, the house is considered one of the finest examples of Federalist architecture on the island. Edgartown, 508-627-4440, mvpreservation.org.

To plan a destination wedding in Nantucket, go on to the next page… 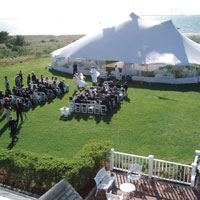 Tying the knot on tony Nantucket is not an inexpensive undertaking. Yet it’s hard to find a more idyllic spot to host a weekend wedding getaway. Your guests don’t need cars, and island life cultivates a camaraderie you don’t always find at city weddings. Although the high-speed ferries zip there in an hour, it still feels remote—especially during what locals call “shoulder season” (spring and fall). September on Nantucket is especially lovely: Days are warm, evenings are cool, flowers abound, and blue skies are endless. 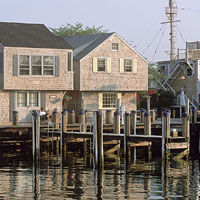 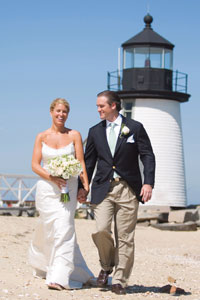 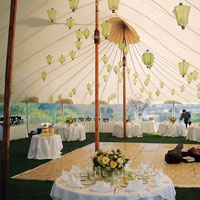 Photos from top: The Wauwinet’s 35 guest rooms, cottages, and grounds become a private retreat for just two wedding parties a year. 508-228-0145, wauwinet.co
m. Guests staying at the Boat Basin are literally on the water. 508-325-1499, thecottagesnantucket.com. Have your ceremony on the beach at Brant Point Lighthouse. A tent at the Wauwinet.

To start planning a destination wedding in York, Maine, go on to the next page… 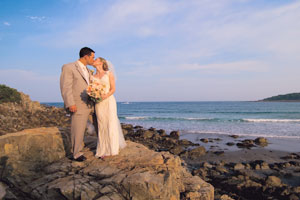 Among the many awe-inspiring spots for ceremonies in York are the Cape Neddick Nubble Lighthouse, the peak of Mt. Agamenticus, and the ocean cliffs at Hartley-Mason Reserve Seaside Park. York also boasts three beaches; Victorian B & Bs; and a cute downtown with decidedly non-chain shops, an old-fashioned soda fountain—even a zoo (perfect for wedding guests with kids). The summer is an especially popular season for York weddings, yet fall—when leaves are riotous and there’s a crisp tinge to the salty air—also woos many a bride. 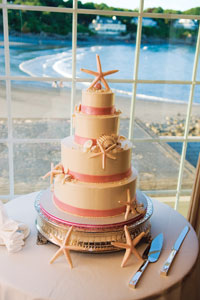 Photos from top: Waves crash just below the deck of the York Harbor Reading Room, perched on ocean cliffs and surrounded by wild rose bushes. York Harbor, 207-363-2563 (summer), 207-363-2140 (winter), yorkharborreading.com. Shuttle your bridal party back and forth in an old-fashioned trolley. York Trolley Company, 207-748-3030, yorktrolley.com. When it’s time to cut into a ConfectionArt cake, there’s a collective gasp throughout the room, reports wedding photographer Patrick McNamara. “It’s as if you’re about to destroy a piece of art,” he says. ConfectionArt, 207-363-1440, confectionart.com. 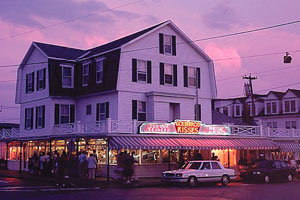 Salt-water taffy from Goldenrod’s, a local old-fashioned soda fountain and penny candy shop, says “York” like Ghirardelli says “San Fran.” Wrap up these confections with ribbon for favors or leave a stash in guests’ hotel rooms.

To plan a destination wedding in Bristol, Rhode Island, go on to the next page…

Blithewold photo by The Bristol Workshops in Photography 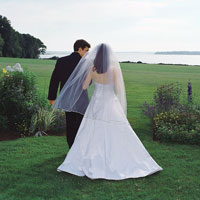 There’s more to Bristol than its proud billing as the most patriotic town in America. Think stately mansions, historic museums, quaint shops and restaurants, and stunning views of Narragansett Bay nearly everywhere you look (the perfect backdrop for photos). For couples looking to wed, Bristol offers the best of both worlds: small-town charm and proximity to larger tourist destinations nearby such as Newport and Providence—so there’s a dizzying array of options for guests, from sporting to lodging, culinary to cultural. 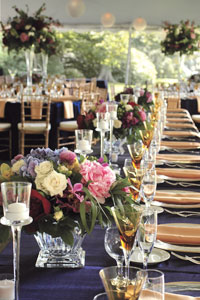 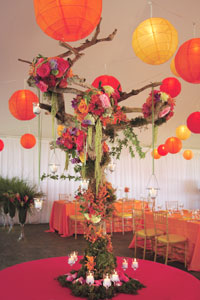 Photos from top: It’s hard to find a more beautiful reception area than Blithewold, with its grand 19th-century mansion, lush gardens, elegant on-site tent, and 10-acre lawn sweeping down to the Narragansett Bay. Blithewold Mansion, Gardens & Arboretum, 401-253-2707, blithewold.org. When is a florist more than a florist? When the aforementioned florist–Stoneblossom–does your flowers and plays interior designer for your wedding, plus creates your invitations and puts together welcome bags for your guests. Stoneblossom Floral & Wedding Design, East Greenwich, 401-884-3220, stoneblossom.com. 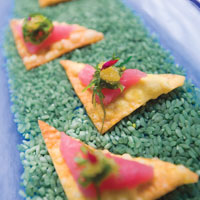 Weddings are no passing fancy for Fine Catering by Russell Morin. They’ve been a family-owned business since 1911, when the owner’s grandfather, J.B. Morin, used to drop food in the lunch pails that jewelry workers in a nearby factory would lower from their windows.
Newport, 888-552-7822. morins.com.

To plan a destination wedding in Chatham, go on to the next page… 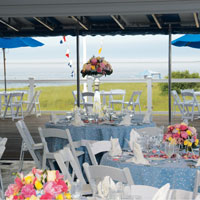 Less bustling than Falmouth, prettier than Sandwich, and classier than P-town, Chatham sits on Cape Cod’s picture-perfect elbow. On the shore, the historic Chatham Lighthouse looks out over Nauset Beach, while inland, hedges shield weathered summer homes, and ponds are dotted with fishing boats. But it’s the stellar shops, eateries, and hotels that set Chatham apart from other Cape towns. Its main street is lined with white steepled churches, but those wanting a beach wedding should book the grande dame of Cape resorts, the Chatham Bars Inn. 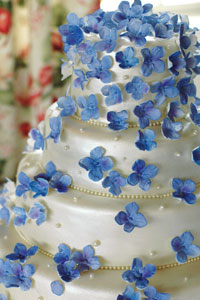 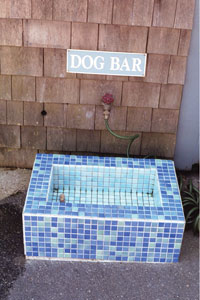 Photos from top: The sprawling Beach House Grill has polished wood floors and ceiling fans made from real sails. Its indoor-outdoor seating and prompt service set the scene for a seaside reception. Chatham Bars Inn, Shore Road, Chatham, 508-945-0096, chathambarsinn.com. Locals and tourists mix at the Squire, where many a wedding party has celebrated well into the night. There’s even a blue-tiled “dog bar” outside for Fido. Chatham Squire, 508-945-1111, the squire.com. 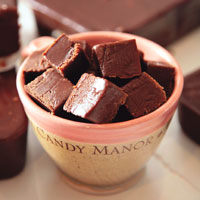