The BaHa Brothers in Concert
July 2, Noon-3 p.m.
On the Plaza at City Hall

July 3, Noon-3 p.m.
Calley McGrane and the Exiles
On the Plaza at City Hall

July 3, 6-9:30 p.m.
Party on the Plaza with Souled Out
On the North Stage, City Hall Plaza
Two openers:  Rising Stars, with “A Taste of Broadway” and the cast of Superwoman…A Musical Revue. Followed by a soul and motown Show. 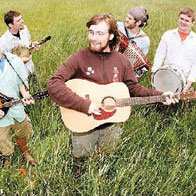 Their sound has developed into an Americana folk-funk blend they dub ‘Organic Rock.” While it also has a rootsy vibe, the band’s influences range from bluegrass to jazz, and everything in between.

Enjoy a July 4th favorite aboard one of Boston’s historical schooners! The afternoon cruise will include great barbecue food and spectacular views of the USS Constitution. Admission is $50-$80 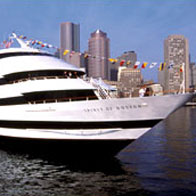 The Spirit of Boston celebrates freedom and fun with an Independence Day dinner cruise, featuring its grand buffet and Boston harbor views. There will be a DJ, dancing, and a musical show. But the highlight, of course, is watching the fireworks from the observation deck (only on the July 4 cruise).