LAST DECEMBER, FOR THE FIRST time in a dozen years, my brothers and I found ourselves in Maine. I’d been career-building in Boston, Dan had spent the past 10 years in Vietnam, and Gabe had split his twenties between Mexico City and Bangkok. But having reached our thirties—me at one end, Gabe at the other, Dan in between—and with the economy in the garbage, we wanted the comfort of home. For us, home was Maine.

It took a long time for the Levitts to warm to the Pine Tree State. We were born and bred in Philadelphia, as were our parents. But my dad had always harbored a Maine woods fantasy. In his mind, he was a rugged backpacker and a tinkerer, 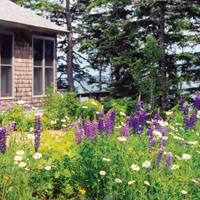 fascinated by boats and fishing (in reality, he sat in our apartment and ordered things from a black-and-white newsprint catalog called L. L. Bean). My mother preferred to browse the racks at Saks. But in 1967, she nevertheless agreed to honeymoon on “a godforsaken pond,” a.k.a. Sebago Lake. That summer was hot and swarming with mosquitoes, well before luxury showers or organic-cotton towels became standard fare. When Dad ordered lobster and proceeded to disembowel it, Mom swore she’d never set foot in the state again. 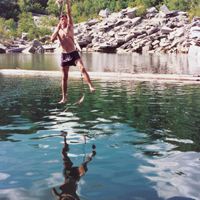 Like any good Mainer, Dad was patient. After waiting a decade, he tried again with a large rented house on Mount Desert Island, and we found ourselves in very civilized, WASPy environs where people were either extremely rich or from Philadelphia—or both. From my eight-year-old perspective, it was a perfect summer of hiking Acadia, swimming at Sandy Beach, and boating to Cranberry Island. After a month as an out-of-town renter, however, Mom started to feel restless. She swore, once again, she’d never return. 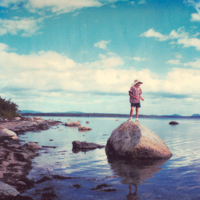 But then came the ’80s, when Maine began to catch up with the rest of the world. Fancy lodging started popping up everywhere and Mom—whose boys were at the nearby Flying Moose Lodge camp—discovered the Blue Hill Inn, where life was the way it should be: 500-thread-count Egyptian cotton sheets, farm-raised lamb croquettes, and highly educated innkeepers. Suddenly we were spending a lot of time up north, and by 1990 construction on the Levitts’ Deer Isle house had begun. 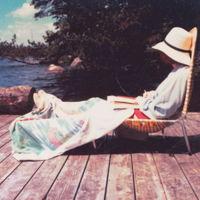 Over the last decade, we could never seem to find a common time to go up as a family (and maybe some of us preferred it that way). We laughed, cried, studied, and mourned in that house—spent days, weeks, and months there, but always separately. Whenever I went, there would be evidence that my siblings had been there: a new photograph on Gabe’s bureau, a recent hardcover in Dan’s room. This past winter, though, something about the scary state of the world finally pulled us out of our self-absorption and back to the nest.

For two days, we could be kids again, and my parents could be parents. Mom made her famous seafood paella with clams, mussels, and local sausage from the Blue Hill Co-op; Dad taught his two granddaughters how to properly eat a lobster (never, ever waste any parts). Gabe put his old camp skills to work, splitting wood for hours in the yard. Dan practiced his lines for theater school auditions, and I started my novel (for the third time). Ensconced in the Ox Point woods overlooking the frozen Greenlaw Cove, we were a Maine family once again—finding pleasure in keeping the wood stove burning to fend off the deep freeze.