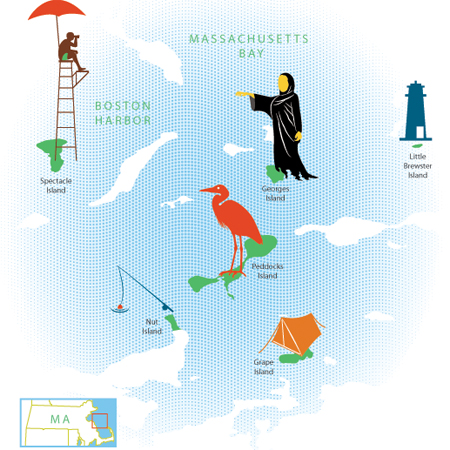 The wooded trails on bucolic Grape Island are secluded enough to make campers forget they’re in the shadow of New England’s largest metropolis. Bonus: no bears!

Travelers prone to seasickness can skip the ferry and drive to Nut Island, a peninsula connected to the mainland via Quincy. Walk amid a blanket of wildflowers or cast a line for stripers and blues off the fishing pier.

Hop the May-through-October ferry to Spectacle Island for a morning on its sandy, lifeguard-staffed beach. Fuel up at the visitor center/café before hiking to Spectacle’s 157-foot-high “peak” and taking in the Boston skyline.