Back to the Land... Almost
Subscribe
Follow
I'm a scraper
This search result is here to prevent scraping

Back to the Land… Almost

That strikes me as remarkably cute, until Caserta explains the reason for it: The eggmobile, apparently, is good for transporting the flock not just to new pastures to explore, but also specifically to areas the cows have grazed at precisely three days beforehand. It seems that’s the magic time frame when the fly larvae show up in the cows’, er, gifts. “I know it seems a little gross, but that’s the best and most natural, healthiest protein they could be eating,” says Caserta, not unproudly. “It’s about making the natural systems work for themselves.” 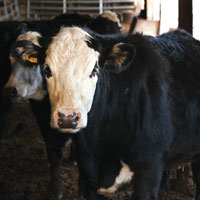 AS I LEARN NEXT, that philosophy is doubly true for the cows, which never eat grain — only grass. “A cow is a ruminant,” Caserta explains as we walk past the herd. “They’re meant to eat grasses. If they’re eating so many carbohydrates, they grow so fast that their bodies and bones can’t keep up with their growth.” That leads to a lot of sick cows, she says, which most farmers treat with antibiotics, a practice Caserta avoids. “People are so concerned about using antibiotics themselves, but if it’s in our food, what’s the difference?” Her feeding regimen has raised a lot of eyebrows among her neighbors in New Hampshire farm country, where grain is gospel. “A lot of people around here think we’re crazy for giving the cows hay and grass instead of grain,” says Caserta. “Most farmers just want them to grow bigger, faster. But it’s been six years now and we haven’t lost a cow, without having to give them antibiotics.”

That brings me back to the copy of The Omnivore’s Dilemma, which I had spotted under a lamp in my cottage’s living room after check-in — and whose author, Michael Pollan, is one of the country’s most well-known proponents of sustainable, cruelty- and chemical-free farming. His legions of followers argue that giving animals foods they would naturally eat is not only more humane, but it also means you get a healthier animal. “It results in a cow or chicken or pig with much lower cholesterol, lower fat, that’s much higher in vitamin content,” says Caserta (who also stocks DVDs of the slow-food documentaries Food, Inc. and Fresh for viewing by guests). “Plus, much better flavor.”

Back in my low-ceilinged cottage the next morning, I flip through Pollan’s opus, my head filled with flashbacks from the previous day. Surrounded by deep-red walls, plaid curtains, and a veritable art gallery of animals (in particular, a chicken theme pervades the décor), I half listen to the voices of my kids outside the windows as they storm — and possibly destroy — the abutting playground and its surrounding pasture. That spot is overlooked by Alyson’s Orchard, the farm next door where guests of the inn can fill bags with more than 50 varieties of crisp apples and rare, flavorful peaches, then bring them back to their cottages to bake into fruit crisps and pies. The sweets often follow steaks or chickens they’ve bought directly from the inn and grilled up alongside unforgettable salads of heirloom tomatoes, arugula, kale, and bright-flavored herbs pillaged from the gardens. 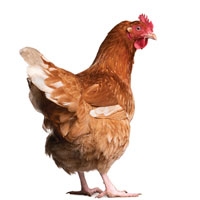 “This is all truly local,” says Caserta. “As in, right in your backyard. These are things people sometimes have never heard of doing, let alone tried. It’s an educational and emotional experience.” No question. And as I lie in bed, with all due respect to Caserta’s lavish breakfasts, I remember the immediacy of that bounty. There are still-warm eggs to be plucked from the greenhouse, milk from the dairy barn that the family has delivered to my doorstep, and farmhouse bacon, all waiting for me to fetch it and, in my cottage’s kitchen, do its freshness justice in a way my family won’t soon forget. I throw off the covers and heed that call.