ROGER BERKOWITZ was born and raised to work in fish. As we describe in this issue’s The Fisher King, he grew up in his father’s fish market, worked his share of time behind the counter, then eventually took command. From start to finish, over the course of nearly a half century, the chain has grown from a single Cambridge restaurant to over 30, spanning the entire east coast. Pictured below is a visual contrast of just how far the chain and the man behind it have come. 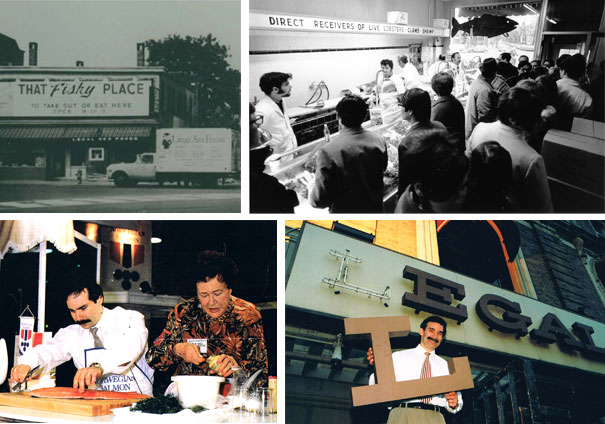 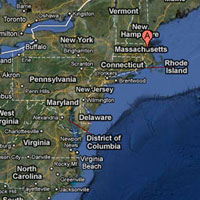 Clockwise from top left: [1] The original Inman Square fish market. [2] A young Roger Berkowitz (with the ‘pork chop’ sideburns) behind the counter at the original Legal Sea Foods in Cambridge, MA. His father, George Berkowitz (with moustache) is also pictured. [3] Roger Berkowitz captured in the process of moving restaurant locations. [4] Roger Berkowitz prepares fish filets with Julia Child at a public cooking demonstration. (Photographs provided by the Berkowitz Family). At right: The very first Legal Sea Foods started out right in the middle of Cambridge’s Inman Square. 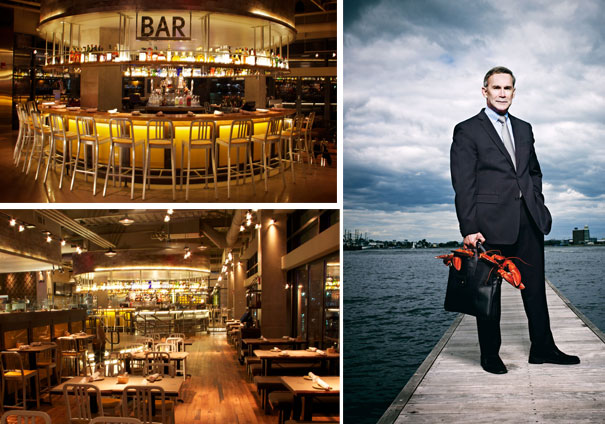 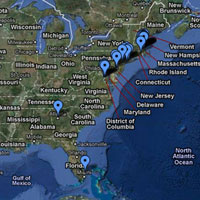 Top/Bottom Left: The latest Legal Sea Foods opened this spring on the Boston waterfront. It is the chain’s new flagship location and easily the grandest of them all so far. With three floors each themed for a different seafood concept, a retractable glass ceiling and an oyster bar, this latest addition marks the crowning point in a restaurant expansion that has spread to span the entire coast. Top right: Roger Berkowitz himself, as photographed for The Fisher King profile of the man and his seafood empire. (Restaurant photographs by Chip Nestor; Berkowitz by David Yellen). At right: the sprawling geographical reach of Legal Sea Foods.