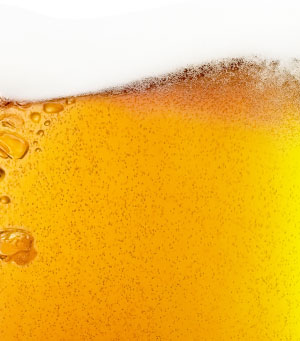 WHAT IF YOU COULD use beer to… make more beer? That’s the question Eric Fitch asked himself when the MIT grad set out to design a process for transforming brewing waste into renewable energy. A drunkard’s dream? Maybe, but Fitch and his two-year-old startup, Purpose Energy of Waltham, are putting the idea to the test at Vermont’s Magic Hat brewery. Fitch’s system involves collecting everything from spent grains to the food-grade cleaning solution CIP, then throwing it all into a giant tank called the Biphase Orbicular Bioreactor — the BOB for short — which transforms the waste into energy. Here’s how each step of beer making contributes to power generation:

1. MASH TUN  Grain and water are heated, starting the fermentation process. After each batch, CIP is used to sterilize the tank, producing wastewater that by law must be treated before it can go down the drain. Instead, it’s dumped into the BOB.

2. LAUDER TUN  The tank’s false bottom acts like a strainer, catching the spent grain as water and heat are added. The spent grain, as well as the CIP from this tank’s cleaning, are put in the BOB.

3. KETTLE  The liquid beer-to-be, called wort, is boiled here. Hops and other flavors are added in. Again, the CIP wastewater from this step is added to the BOB

4. FERMENTATION CHAMBER  Brewers add yeast to the wort, metabolizing the sugar and creating alcohol. The output is spent yeast, which gets dumped in with the rest of the waste.

5. DIATOMACEOUS EARTH FILTER AND BOTTLING The beer passes through the diatomaceous earth filter — made of fossilized remains of algae — to remove yeast and other solids. Everything the filter catches goes in the BOB. Then it’s on to bottling, where there’s no use crying over spilt beer — whatever hits the floor here is added to the soon-to-be renewable energy mix.

6. BOB The silo is 42 feet tall, holds 460,000 gallons of waste, and can produce 200 cubic feet of gas per minute. When the waste is pumped in, liquids and solids are separated and moved through multiple chambers. “It’s like an artificial stomach,” says Fitch. “You put organic stuff in there and the bacteria are going to eat it.” Once the bacteria have done their work, three outputs are left: renewable natural gas, which is used to brew more beer; treated water, which reduces the brewery’s sewer charges; and organic fertilizer, which is sold at wholesale.