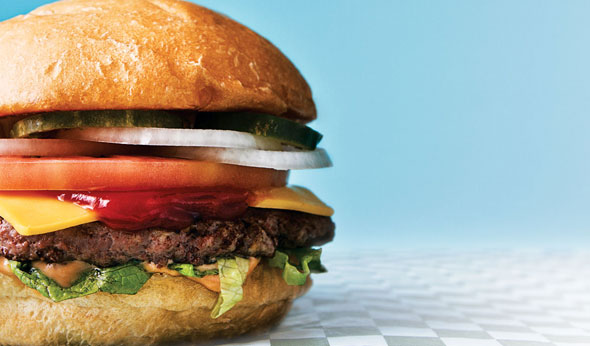 Family Meal
The brothers Wahlberg (Mark, Donnie, and chef Paul of upscale Italian spot Alma Nove) have opened a restaurant with a playful take on their famous name. Wahlburgers in the Hingham Shipyard, which debuted in late October, serves up burgers with toppings like barbecue sauce, bacon, and avocado, as well as sriracha-slathered hot dogs, sweet-potato “tots,” and skinny onion rings. Oh, and there’s eye candy, too, in the form of the Wahlberg family photos that line the walls.

Kika Kicks Off
Yet another restaurant launches in Kendall Square, cementing the area’s status as dining destination du jour. From the team behind Tapeo in the Back Bay and Solea in Waltham comes Kika Tapas, offering small plates like salmon à la plancha and sausage with foie gras, not to mention four types of sangria on tap. It’s a sizable operation, with seating for 126 inside and 44 on
the patio.

Hey Yeo
When Patricia Yeo’s Ginger Park closed, we worried that we’d never again savor her shrimp-and-pork water dumplings and duck meatballs. Yes, we’ve gotten small doses from Yeo as she’s bided her time at Om, but we’re ready for the full onslaught of Asian-inspired small plates she promises at Moksa, opening this month in Central Square. In a new spin on seasonality, the cocktail menu will be inspired by the astrological calendar.

Drink Like It’s 1899
The Davis Square brasserie Foundry on Elm branched out last month with the adjoining Saloon, its take on a pre-Prohibition-era tavern. Co-owner David Flanagan’s concept is delightfully simple: lots of brown spirits, affordable cocktails, and hearty fare like steak-and-kidney pie for two. There are no televisions, so go with someone you actually want to carry on a conversation with — i.e., no first dates.