What do you call a state run by a bunch of nannying killjoys? Massachusetts. 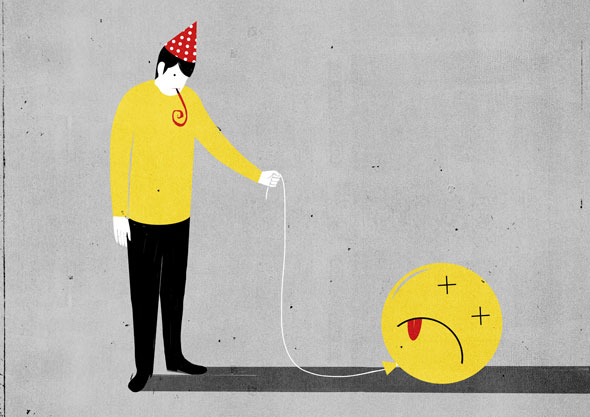 Liberals are fond of all their slogans, of course — Arms are for hugging, If you can read this, thank a teacher, and so on. But there are few they like better than Keep your laws off my body, because it appeals to that innately American sentiment that individuals enjoy the inalienable right to do whatever — or whomever — they damn well please.

And there may be nowhere in this great country where that sentiment is more widespread than right here in Massachusetts. In 2004, we famously became the first state in the country to legalize gay marriage, just the latest example of us living up to our national reputation as a progressive Disneyland. Elections here are routinely decided by the outcome of the Democratic primaries, and the few Republican lawmakers who do manage to get elected wind up with roughly the same power and influence as the Congressional representatives of Puerto Rico and Guam.

Of course, we’re also fairly well off in this state, so you might expect there to be more Republicans running around. Unfortunately for the GOP, however, their party’s “brand” has suffered lasting damage from the notion that conservatives are basically the Fun Police, opposed to pre-marital sex, gay people, staying out late, not going to church on Sunday, loud music, and generally anything else that Lady Gaga approves of. And the Democrats have used this perception to their great political advantage, casting themselves in their fundraising campaigns as the only thing standing between this state and Republican attempts to create a homegrown, Christian version of Saudi Arabia’s Committee for the Promotion of Virtue and Prevention of Vice.

But the truth is that when it comes to how Massachusetts laws interfere with consensual adult recreation, we’re getting groped by more hands than a Pan Am stewardess — and it’s not by Republicans. Far from being a playground for consenting adults, Massachusetts often feels like one vast Brookline PTA meeting, where offenses are cultivated like topiary and the cupcakes better be gluten-free. It took a Republican state senator to propose bringing back happy hour last year, and he was run out of the State House on a rail by a howling mob of liberals, including Michael Dukakis, who guaranteed that “dozens of people would be killed or maimed” if the amendment passed. No one would be shocked to find this sort of moralistic nannying in a state like Utah, where nearly two-thirds of the population adheres to a religion that discourages coffee and tea — not to mention anal sex. But aren’t we supposed to be the opposite of Utah?

To examine our bipolar approach to grownup merry-making — promoting it on one hand and restricting it on the other — there’s no better subject than alcohol. We like to drink: Our alcohol consumption is second pretty much only to the upper Midwest, where there’s nothing else to do. In the 2006 to 2007 ­National Survey on Drug Use and Health, we were in the top fifth of states nationwide for the percentage of adults who reported consuming alcohol in the prior 30 days, and we’re hardly noted for moderation — more than 60 percent of us don’t see much risk in binge drinking (five or more pops in a single sitting) once or twice a week.

And yet, our laws treat booze like a cross of raw sewage and nuclear waste. While you no longer need to journey to the interstate to pick up a six-pack on Sunday, state law still prevents most supermarkets from selling anything stronger than Welch’s. A 2006 ballot question that would have allowed grocery stores to sell wine was soundly defeated 56 to 44 percent. In Boston, meanwhile, liquor licenses for restaurants are in such short supply (thanks to a state-imposed cap) that an unused permit can sell for up to half a million dollars. And small startup eateries can’t get around the restriction by allowing customers to serve themselves: While state law permits BYOB consumption, Boston, along with the progressive idylls of Cambridge and Somerville, bans it. Precisely which social ill this prevents is unclear, since any dissolute youths would still need to buy their Boone’s Farm from a licensed package store, but that’s just us at our stiff-collared best.

Then there’s medicinal marijuana. To date, 16 states have legalized it, including our New England neighbors Maine, Vermont, and Rhode Island, as well as the home states of both members of the 2008 Republican presidential ticket. And none of these states has descended into chaos yet. Actually, they’ve been pulling in impressive amounts of tax revenue from the regulated sale of pot. The standard objection to medical marijuana in our state is that even the smallest crack in the law banning herb will promote recreational use. Let’s pretend for a moment that that’s true. So what? Surveys have consistently shown that Bay Staters strongly favor full-on legalization. In fact, in a 65 to 35 percent landslide, we voted in 2008 to decriminalize the possession of less than an ounce of weed. The voters are thankfully well ahead of both Governor Patrick, who opposed the ballot initiative, and the lawmakers whocontinue submitting bills to reinstitute criminal penalties for pot. It’s a travesty for the legislature to waste time on prohibitions that voters have rejected.

But if we can’t drink or smoke in our liberal state, at least we can get wild in the sack, right? Sure — if you’re married, straight, and not the least bit kinky. State law still bans adultery, anal sex (“the abominable and detestable crime against nature”), and the sale or giving away of sex toys (“instruments of self-abuse”). While blue laws like these are often viewed as harmless relics, they’ve been strategically enforced as recently as 2000, when Attleboro police crashed a private party and found 50 consenting adults in leather, latex, and a variety of salacious positions. Besides the aforementioned sex-toy law, the party’s organizer was charged with running a house of ill repute because he took donations to cover expenses, while a thirtysomething businesswoman was booked for assault and battery with a dangerous weapon for some alleged paddling. The evidence: one large wooden spatula.

In the end, “Paddleboro” led to nothing so much as a field day for headline writers, but while the charges of egregious spooning were quickly dismissed, prosecutors forced the party host to go to court —  where he easily beat the prostitution and sex-toy charges. Aside from legal costs that ran into the tens of thousands, it’s no small matter to have the cops drag your name all over the Web. And while the laws behind it all are almost certainly unconstitutional, they remain on the books. To say that these laws are rarely enforced misses the point that even unenforced statutes cast a shadow, and leaving it all to prosecutorial discretion is, in some ways, a kind of tyranny.

Boozers, potheads, and spatula-wielding dominatrixes might not be the most sympathetic cast of legislative subjects, but they present both an opportunity and a responsibility for our extravagantly liberal leaders. If progressives want to cackle with delight every time some Republican family-man senator gets caught playing footsie in an airport men’s room, then they need to live up to the values they profess in their fundraising e-mails and actually start passing laws to grant us more freedom, not less.

Furthermore, in the competition to attract top-flight professionals who can build great success stories in the city and state, one of our biggest liabilities is the widespread sense that, well, we’re a bit uptight around here. In recent years, Boston has experienced net out-migration, with some of the most popular destinations being cities like Seattle, Austin, San Francisco, New York, and Los Angeles. Happy hour may not be the only thing they have on us, but we’re probably not going to cut taxes, and we’re certainly not going to do anything about the weather. Legalizing medical marijuana, paring back arbitrary rules on alcohol, and clarifying the laws to leave consenting adults alone may not solve all our problems, but it just might make a few people think twice about what a bunch of killjoys we are, and who knows — it might even get us to loosen up a bit.