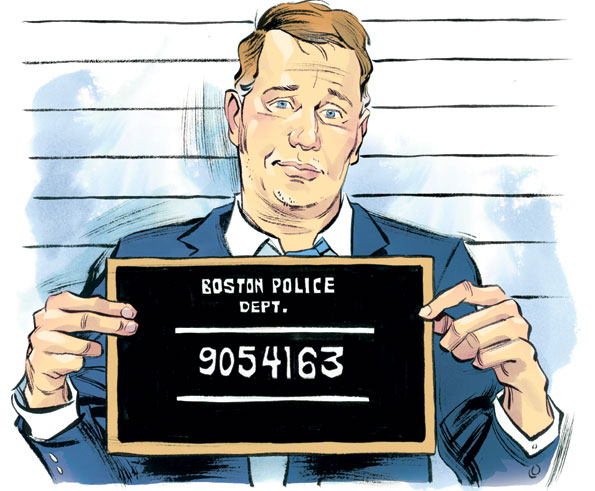 You’re a public official — how can you beat that pesky criminal charge?

Former Speaker Sal DiMasi tried to use the law — which prevents pols from being prosecuted for “carrying out the duty” of their office — to fight an ethics investigation, but went to prison on corruption charges.

2. Call one of these lawyers pronto.

Dems should look to Ben Clements (Governor Patrick’s former legal counsel), or Robert Popeo (of Mintz Levin). “If I got into trouble, [Clements] would be my first call,” says a party insider. Popeo, meanwhile, helped developer Arthur Winn avoid jail time for illegal campaign contributions. In the GOP? Try Daniel Haley, a former Romney staffer who’s now a partner at McDermott Will & Emery.

Jason Kauppi, the former spin doctor for Jane Swift, is “very good at the bad stuff,” says a Republican operative. Ditto for Larry Carpman, who’s worked both inside and outside the Democratic party.

4. Be honest at your press conference.

Lying about what you did can be more damaging than the initial crime, so rip the Band-Aid off and get it all out. The public’s going to find everything out eventually. And then they’ll be pissed.

5. After you get off, keep your head down.

The death of Mary Jo Kopechne at Chappaquiddick ensured that Ted Kennedy would never be president, but he still had an illustrious career in the Senate. It only took him a few decades of penance. — Patrick Doyle

Next page: How to break into the Wellesley/Weston dinner-party circuit