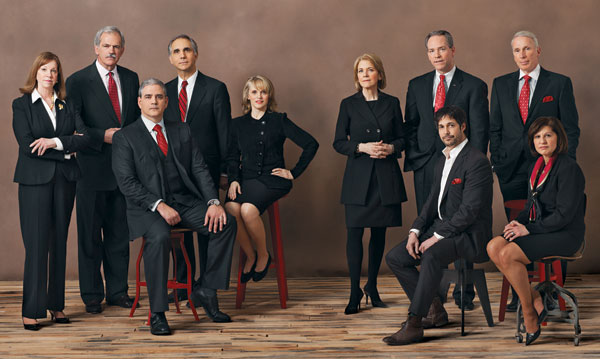 These kind of rankings typically emphasize traditional power — politics, finance, industry — but we’ve set out here to look beyond the rule makers, to find the rule breakers. That means the players charting new directions for our city. That means people like Rich Miner of Google Ventures (who’s helping to turn the city into Silicon Valley East) and Ralph de la Torre of Steward Health Care (who’s reinventing the hospital business) ranked right up there with the pols and investors. Mayor Tom Menino, of course, remains the alpha and omega of the city: You can’t put up a building, get elected, or snag the right permit if you’ve crossed him. On the other hand, if you’re in with him, the possibilities are endless. So to save everyone the effort, we’ve simply removed the mayor from consideration. Below, we present the 50 most powerful people in Boston — not named Tom Menino.

Name a building in Boston, and Suffolk Construction probably put it up: the convention center, the cardiovascular center at Brigham and Women’s, the cancer research center at MIT, and even the tower that’s about to go in that hole in the ground in Downtown Crossing. While other projects stall in front of the Boston Redevelopment Authority, Fish’s sail through. Suffolk’s solid work is a big reason why, but so is the relationship Fish has cannily developed with the mayor over the years — he has two former Menino chiefs of staff on his payroll. Factor in all of his philanthropic work — Suffolk’s Red & Blue Foundation is the main force behind Menino’s pet Boston Scholar Athlete Program — and Fish is simply the guy who can get things done.

If there’s a board, he sits on it. If there’s a charity, he fundraises for it. If there’s a string, he’s pulling it. Connors may be stepping down as chairman of the Partners HealthCare board this summer, but he’ll still have plenty of juice: The Hill Holliday founder is an Obama fundraiser and a major benefactor of Boston’s Catholic schools as well as Camp Harbor View, one of Menino’s favored projects. The only thing he hasn’t done in town is buy the Globe — yet.

Two and a half years into the job, and Ortiz has already overseen the convictions of former Speaker Sal DiMasi, former state Senator Dianne Wilkerson, and former City Councilor Chuck Turner. Next up: Whitey Bulger. We don’t like his odds. 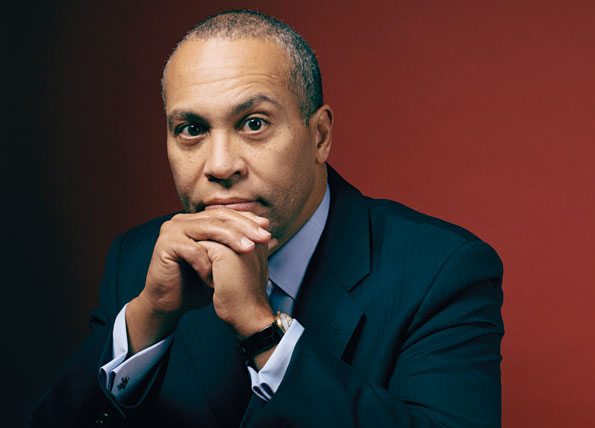 Patrick is now a governor in full: He’s stood his ground with the legislature (he won the casino showdown with Robert DeLeo); he’s combined all the transportation departments under the auspices of MassDOT; and he’s actually boosted the 2013 budget by 3 percent. If President Obama is reelected — and his cabinet undergoes the usual second-term wave of resignations — his good buddy and national campaign cochair will be on the shortlist for an appointment. Attorney General Patrick, anyone?

What a difference a couple of years make. After Coakley lost to Scott Brown in the 2010 special election for Ted Kennedy’s Senate seat, she became Democrata non grata. Since then, she’s worked diligently to redeem herself by, among other things, leading a group of state attorneys general that filed suit against foreclosure-happy banks (result: $318 million in settlement money for state homeowners) and recovering hundreds of millions more in corruption and criminal cases. Reputation recovered.

Her counterpart in the House, Robert DeLeo, has grabbed the lion’s share of press attention, but we expect Murray to outlast him. Besides avoiding scandalous headlines, she has an iron grip on the Democratic-controlled Senate. 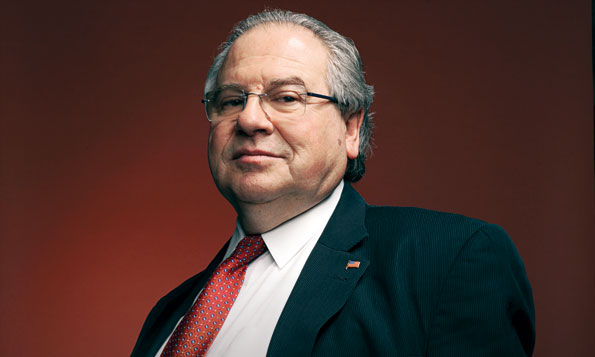 After finally getting his casino bill through (by compromising with Patrick and Murray), DeLeo passed a pretty major municipal healthcare-reform bill over the protests of the unions — both strong moves. But everyone’s concerned that the federal investigation of the probation department could blow up in his face, or those of his political allies.

Cool and collected — and married to columnist and commentator Mike Barnicle — Finucane is an insider and master negotiator with connections to everyone from Barney Frank and the Kennedys to Bill Clinton and Robert Kraft. And given the fact that she helps lead a company with 7,000 employees in Massachusetts and more than 250,000 worldwide — and possesses marketing skills that have enabled her to change the way Americans think about banks — she holds even more sway here than Bank of America’s CEO, Brian Moynihan.

No. 9  Ned Johnson and Abigail Johnson

With more than $1.5 trillion in assets, Fidelity is the largest private company in the state and the 20th largest in the country. After 35 years at the helm, Ned Johnson has begun to step back — he remains the chairman and CEO of the parent company, but handed over the title of chairman of the mutual funds business to his daughter Abigail early last year. Not a coup, but just the latest in a painstakingly slow process that points to Abby eventually being anointed head of Fidelity.

Boston’s tech scene has begun to roar, and Miner may be its leading voice. As a partner at Google Ventures — which set up shop in Kendall Square in 2009 — the creator of the Android operating system has the company’s checkbook, and has used it to fund major upstarts such as Recorded Future, Scvngr, and HubSpot.