Lee may be known for her ICA fundraising, but she’s also a top donor to the DeCordova Sculpture Park and Museum, the Essex Art Center, and MIT’s List Visual Arts Center. Plus, she’s dedicated to getting women — including Elizabeth Warren — elected to office.

Filling the Filene’s memorial pit in Downtown Crossing =  instant inclusion on this list. 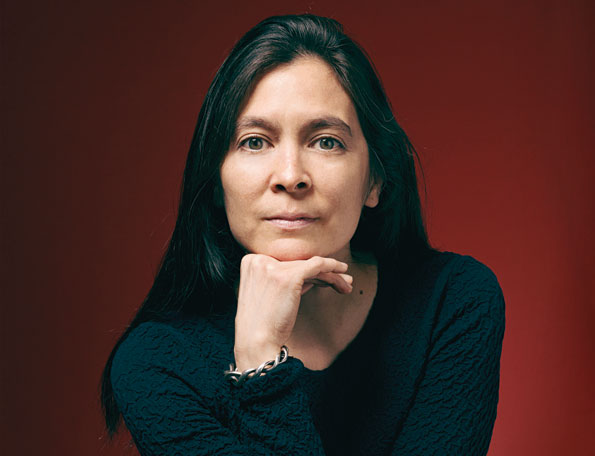 When it comes to theater, Boston has long had a sleepy reputation. Thanks to Paulus, that’s no longer the case: She’s sold out shows in three theaters; dedicated her group to edgy thrills and musical innovation; and has a leading role in creating the Emerging America theater festival. She’s also propelled Boston up the ladder of great American theater cities, while still keeping ties to local writers (The Blue Flower) and subject matter (The Friends of Eddie Coyle).

After overhauling the MBTA as its general manager — improving on-time rates, reducing customer complaints — Davey was rewarded when Governor Patrick promoted him last September to head of MassDOT. He’s now on the verge of convincing pols and the public alike to accept fare hikes on public transportation in order to reduce the authority’s staggering $161 million deficit. This guy owns your commute.

We’re still not sure if we should forgive him for his sad-sack 2004 presidential campaign, but he’s our state’s senior senator, the chairman of the Senate’s Foreign Relations Committee, and the third-wealthiest member of Congress ($193 million!). He also has a good shot at becoming secretary of state. We just wish we saw him around here more often.

Let’s be real: Given this state’s penchant for reelecting politicians — our current Congressional delegation has served a collective 200 years in office — whoever wins this race will probably be a senator for the foreseeable future. Warren has proven to be a strong fundraiser ($5.7 million in 2011’s fourth quarter), while Brown has been relatively moderate in hyperpartisan DC — he broke with the Republicans on Don’t Ask, Don’t Tell. We can’t wait for the debates.

Saying Campion is a real estate agent is like saying Tom Brady is a football player. Sure, she moves high-end properties, but she’s also intimately involved with planning Back Bay developments, and has helped keep Boston’s toniest neighborhoods mostly immune to the economic crisis. Campion’s a supreme connector — she can find the right buyer for almost any property — and she’s absolutely devoted to sensitive development in our historical city.

No. 28  Amos and Barbara Hostetter

They’re one of the wealthiest couples in Boston, thanks to billions from Continental Cablevision. Their Barr Foundation has $1 billion in the bank. They’re tight with Menino. Need we say more?

Her husband, Sam Plimpton (an investor at the Baupost Group), may have made the money, but Shattuck knows how to leverage it. She’s connected with the New England Conservatory and the Emerald Necklace Conservancy, but it’s her control over the exclusive Country Club’s new membership list that puts her among the elite.

The newly minted head of Vertex is leading his team to a new $900 million waterfront headquarters — a move that will result in more biz relocations there, earning him major credit with politicians and developers.