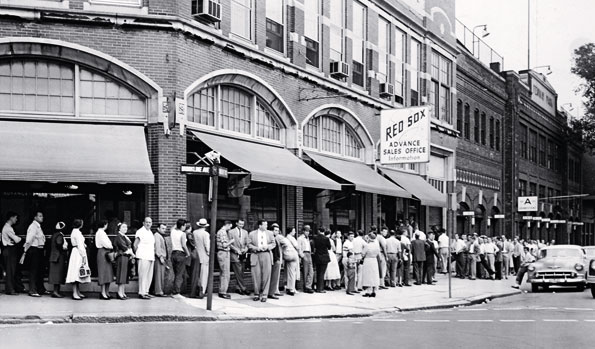 83. Engineers say the existing ballpark structure has 40 to 50 more years of life.

84-86. Ballpark Figures a few of Fenway’s favorite snacks, by the numbers.

87. The paint color used for the Green Monster and the bleacher seats is, of course, Fenway Green.

88. A group of women shoot the breeze with Sox players. The first annual Ladies Day, which featured reduced ticket prices for women, was held in 1933. The team continued the tradition into the early ’70s. 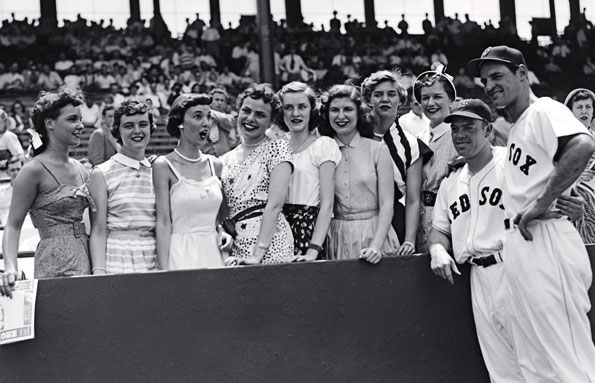