99. Sox owner Tom Yawkey tried — unsuccessfully — to annex Lansdowne Street in 1958 so Fenway could be further expanded and renovated.

100. Firefighters battle flames at Fenway during a devastating 1934 fire. 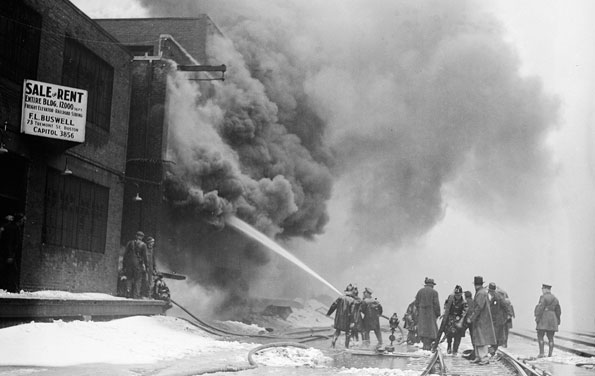