50-56. Fenway Makeovers: The minor upgrades and major facelifts that made the park what it is today.

57. In 1914, a Fenway mini circus complete with clowns, a brass band, and three elephants performed for local schoolchildren and their parents (the kids raised $6,700 to purchase the animals).

58. Cardinal Richard Cushing takes in a game at Fenway around 1950. 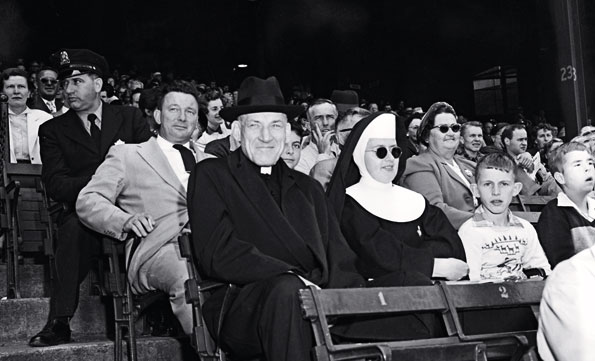