Why alternative grains are the carbs du jour. 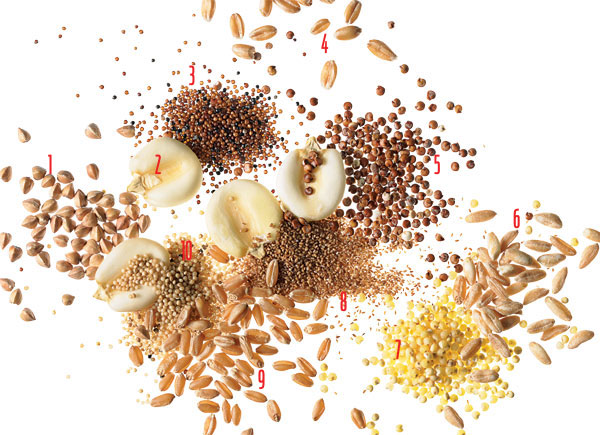 Farro, millet, bulger, and amaranth may be showing up on menus across the city, but they weren’t always the darlings of chefs and gourmet shop owners. Not long ago, these “ancient grains” — which, unlike corn and wheat, have remained genetically unchanged for thousands of years — were relegated to health-food stores and bird feeders.

So why the shift to the forefront? Credit the heightened awareness of gluten intolerance and wheat, corn, and soy allergies, says Hannah Hamilton of J.P.’s City Feed and Supply, which over the past several years has seen an increased demand for wheat-alternative products like khorasan (commonly known as Kamut) pasta and spelt flour. But even those without wheat aversions are getting hip to the benefit of switching things up. “People are looking for other grains so they aren’t overloading their bodies” with wheat, corn, and soy, Hamilton says.