Planning a Trip to Provincetown? 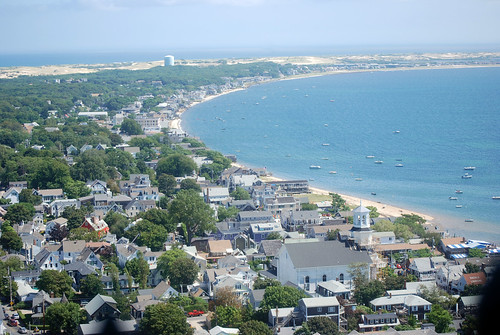 When I take a trip to a new place, I need to immerse myself fully in the local culture. I’ll click around through Google Books into the wee small hours looking for chatty & obscure books published on Carson City, Cerritos, or Channahon. This Friday, I’m headed over to P-Town to give a talk at the library (all are welcome!), and I wanted to share a few of the websites and books I’ve stumbled upon as of late. Whether you get to P-Town sooner or later, I think you’ll find these resources most useful.

Provincetown in the 1940s: This remarkable 40-minute film documenting life in P-Town was captured by Larry Richmond, who first visited in the early 1940s. He later became the president of the Provincetown Art Association and remained in love with the place until his death. The film captures many aspects of the town’s most notable qualities (fishing, the artist community, beach-going, etc.), and it’s a very unique document.

Cape Cod by Henry David Thoreau: Thoreau loved to walk, walk, and walk some more. Most people are aware of his walks around Walden Pond and the prose it inspired, but they may not be familiar with his long narrative account of walking on the Cape in 1849 and 1855. The entire book offers a meditative look at the history of the Cape, along with Thoreau’s usual observations on the natural world and the people he encounters. The sections on P-Town offer thoughts on the sailors, the harbor, and a “preacher who shouted like a boatswain, profaning the quiet atmosphere.”

Land’s End: A Walk in Provincetown by Michael Cunningham: Michael Cunningham’s musings on his adopted hometown offer an insider’s view that’s colored with observations like this passage about the characters one might meet on a summer stroll around town: “a man named Butchy, who wears a blue motorcycle helmet and a chest-length beard, and wanders the streets at night with a black plastic trash bag full of something; and another man in a blond wig and a silver lame dress, walking unaccompanied twenty paces ahead, singing ‘Loving You’ like a crackpot Lorelei …”

Tennessee Williams in Provincetown by David Kaplan: Out of the many writers who found inspiration and solace in P-Town, Tennessee Williams looms large among their number. This “monograph” (to use Kaplan’s own preferred term) looks into Williams’ time there during the long summers of 1940, 1941, 1944, and 1947. He was certainly prolific while in residence, as he worked on “The Glass Menagerie,” “Summer and Smoke,” and “A Streetcar Named Desire” while also finding time to fall in love, play the congas, and drink a bit.

Want to know more about what to do when you’re there? Read our Provincetown getaway guide.