What You Missed at the Boston Wine Expo 2014

Oenophiles poured into the Seaport World Trade Center for a wine-appreciation weekend. As wine lovers poured into the Seaport World Trade Center this weekend, the outstanding factor of this year’s Boston Wine Expo was the incredible variety in the room. With samples from Barefoot’s $6.99 bottles of wine to Châteauneuf-du-Pape’s $75 Le Vieux Donjon, there’s no question that visitors got the most bang for their buck.

Saturday and Sunday, attendees were taken on a worldwide adventure, drawn through the exhibition room ordered by geographical region. The global tour included 300 wineries and 1,800 wines from around the world, giving Boston oenophiles the opportunity to develop their tastebuds for an infinite variety of international grapes.

With wine paraphernalia, tasty bites from local restaurants, and oh-so-much cheese, Bostonians crowded the World Trade Center for the event. Visitors were also encouraged to snap pictures of their favorite brands and share them through the Drync app, creating an up-to-the-minute listing of the most popular varieties at the expo.

The most fascinating region was the one that boasted $10- to $15-a-bottle prices for wines that would typically sell from $20-30 if they originated in other parts of the world: Portugal.

“You really can’t beat the price,” says Larry Silver of the Portuguese wines he was representing for LGL Imports. Though Portugal is typically known for their ports, the region represented many varieties of reds and whites at the expo as well. Silver explains that Portuguese wines are made primarily from grapes indigenous to Portugal, ones very unfamiliar to even the most experienced wine lovers in the states. Wines of the same quality coming from Italy could be sold for twice the price, but until Americans become more familiar with the variety, these Portuguese wines remain within a very reasonable price point.

Accompanying the Grand Tasting at the Wine Expo were nearly 40 seminars dedicated to lessons about wine quality from varying regions, the art of making iced cider, and more.

Couldn’t make it out this weekend? Attended, but want to learn more about what you saw? Here, some highlight’s from this year’s Boston Wine Expo: 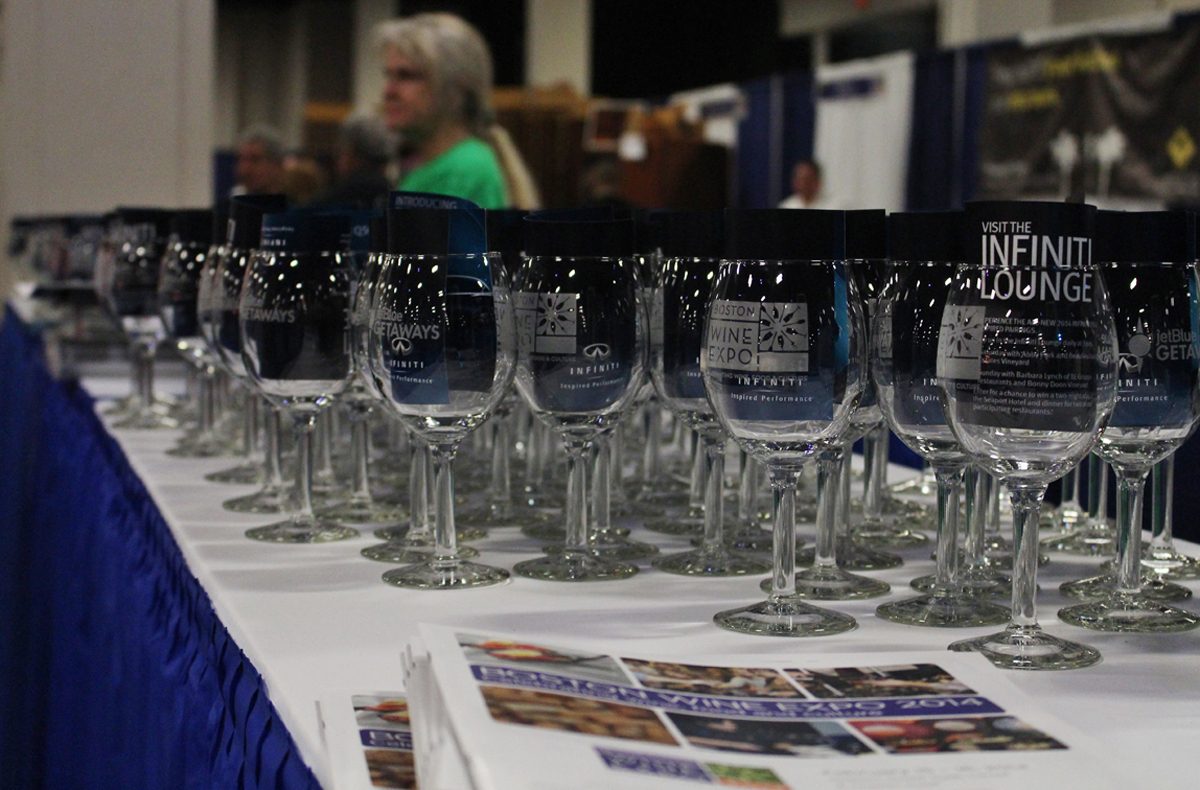 Off to the Races

Guests received a personal glass upon entry, and from there it was 'Go, go, go!' to sample all that the expo had to offer.Photo by Margaret Burdge 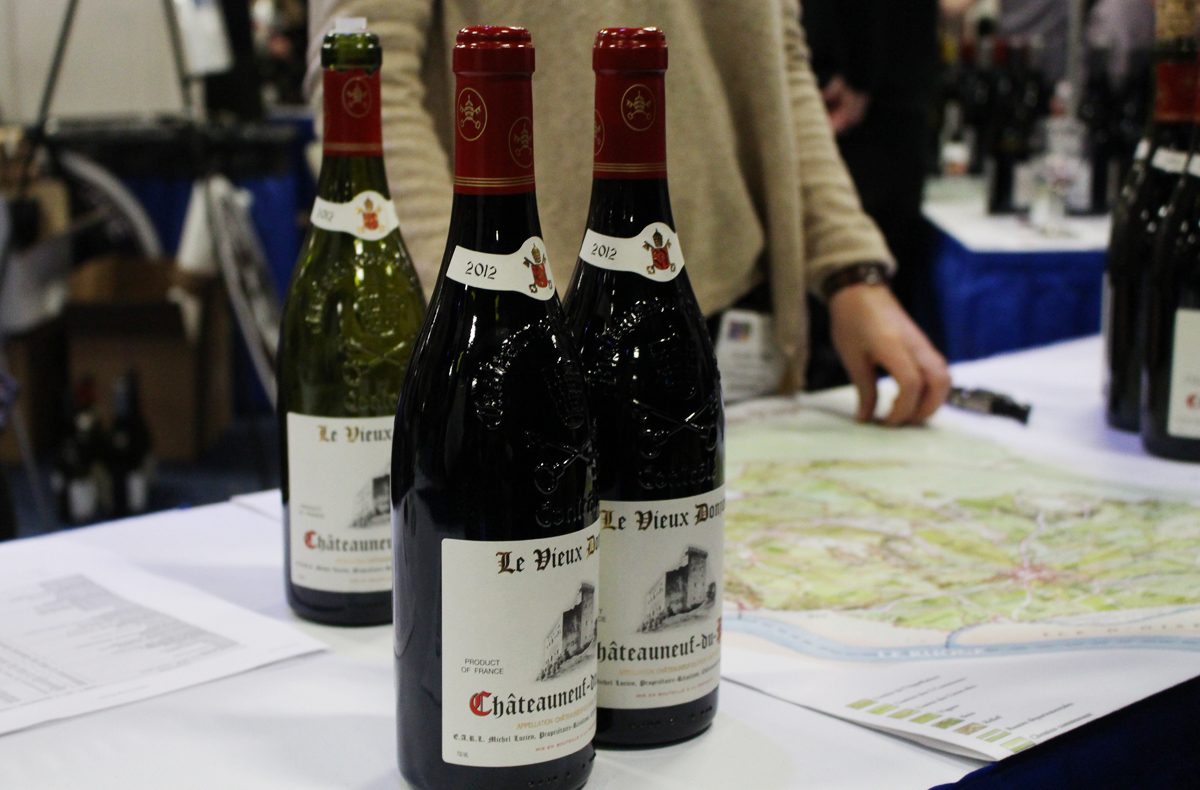 Though the Vinter's Reserve Lounge housed the rare and expensive vintages, this $75 bottle was the most expensive we found on the floor, courtesy of Châteauneuf-du-Pape.Photo by Margaret Burdge 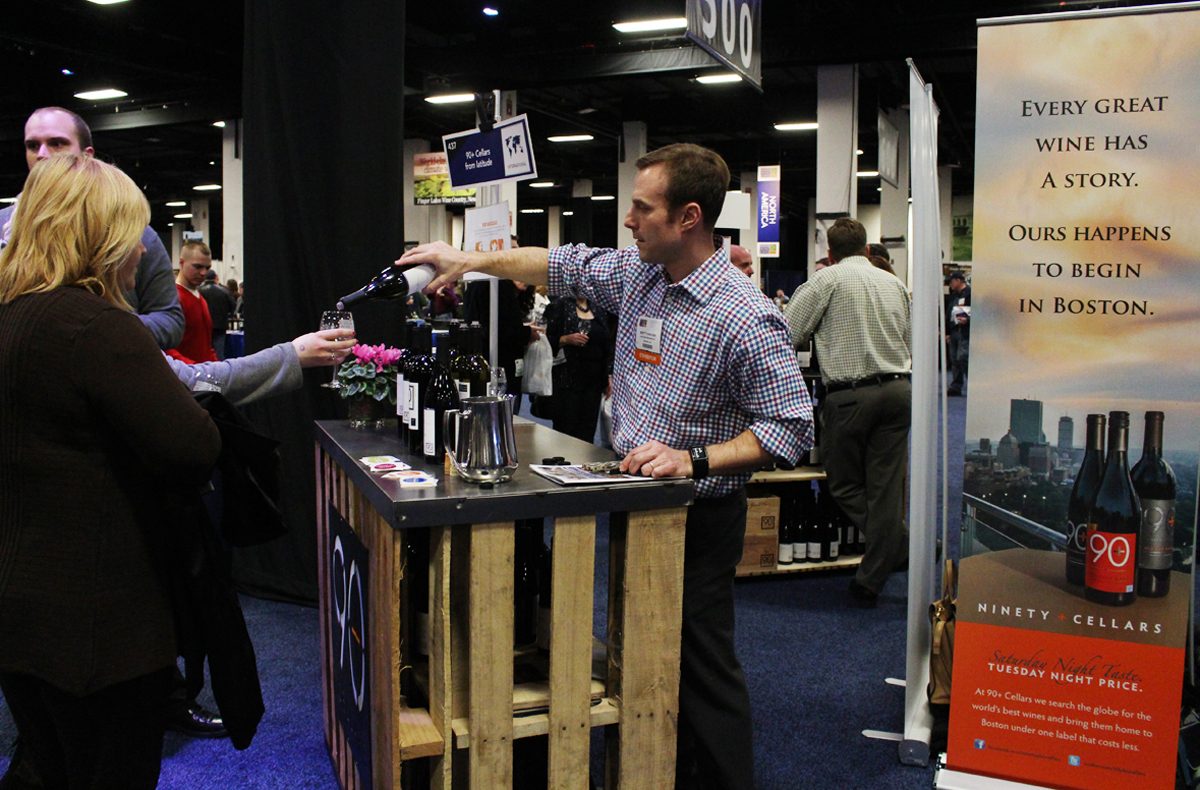 90+ Cellars, run by Kevin Mehra, buys the extra bottles from high-end wineries, rebottles them under their own label, and sells the product at 35-50% of the cost.Photo by Margaret Burdge 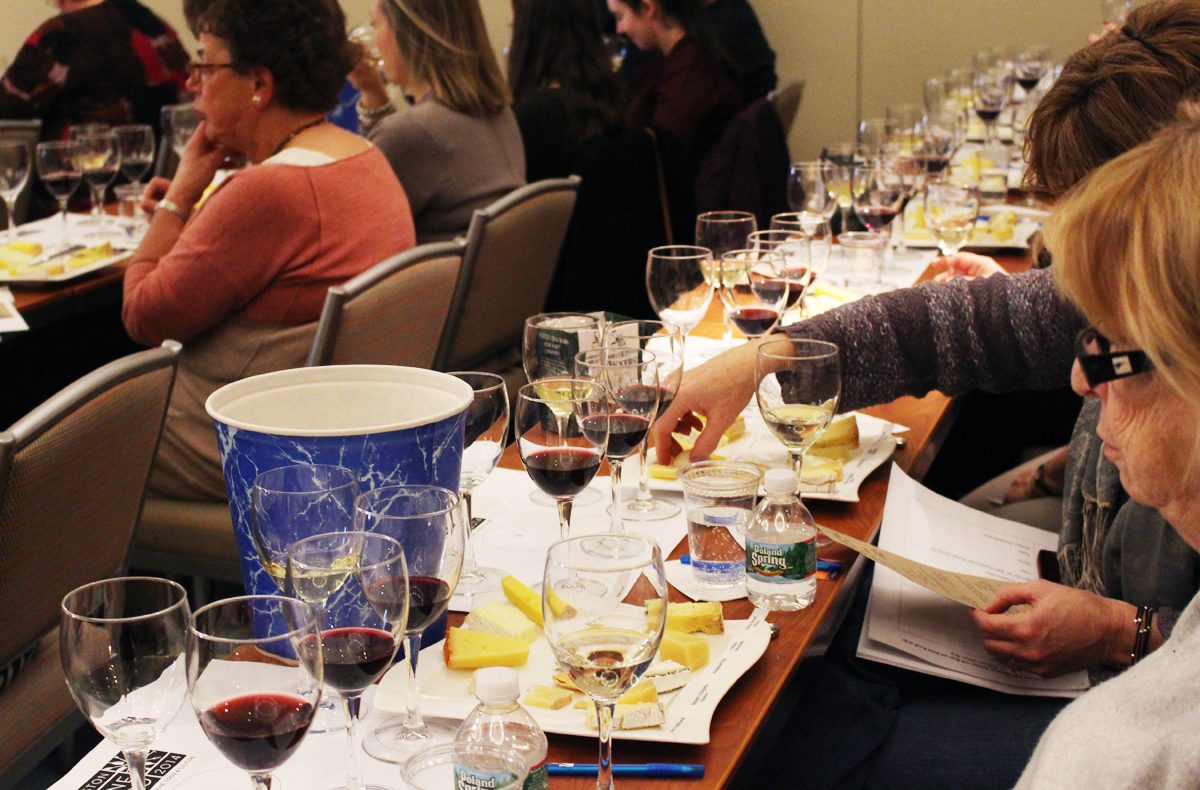 How to Pair Cheese and Wine

At this most popular seminar, brothers Brad and Brian Wasik of Wellesley Cheese Shop offer their tips: match to the occasion, focus on locality, find similar qualities or pair contrasting ones, and choose what makes your taste buds happy.Photo by Margaret Burdge 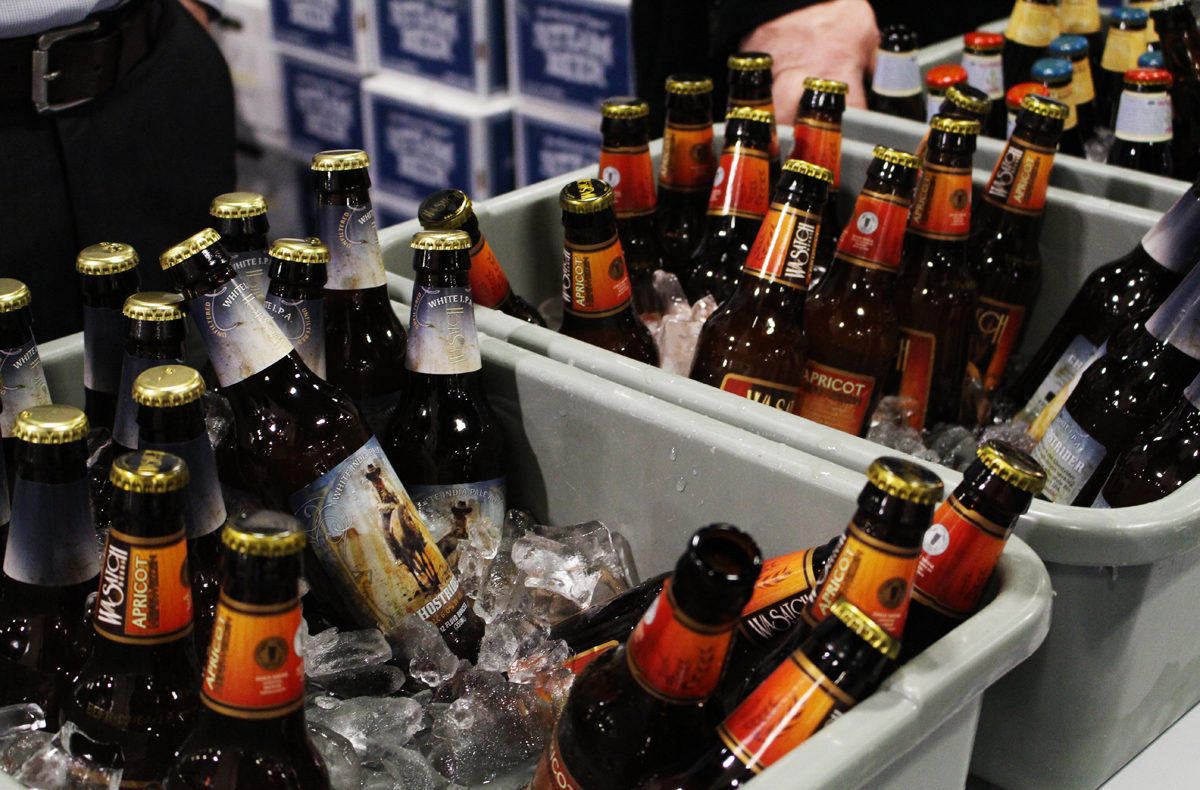 All in the Craft

The only beer-only display at the show, the Utah Brewer's Collaborative stood out with the unusually light Ghostrider IPA and the apricot brew Wasatch.Photo by Margaret Burdge 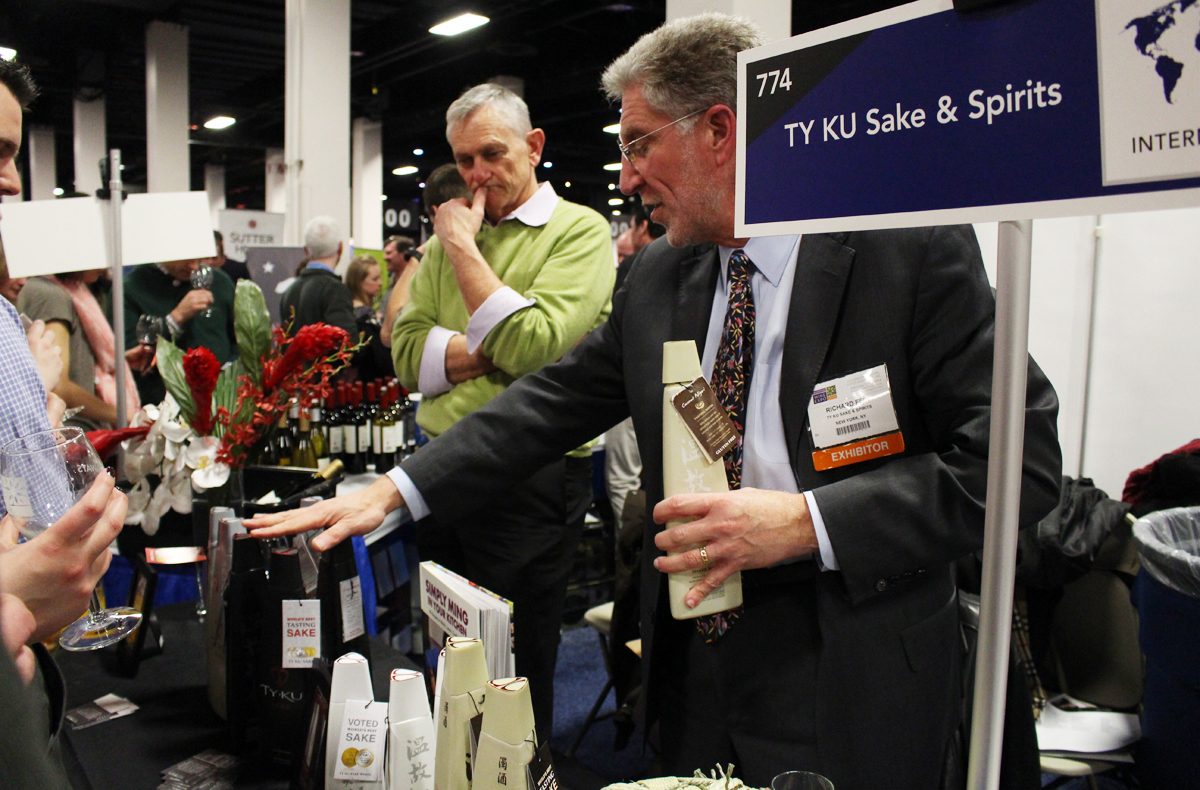 Wine of a Different Variety 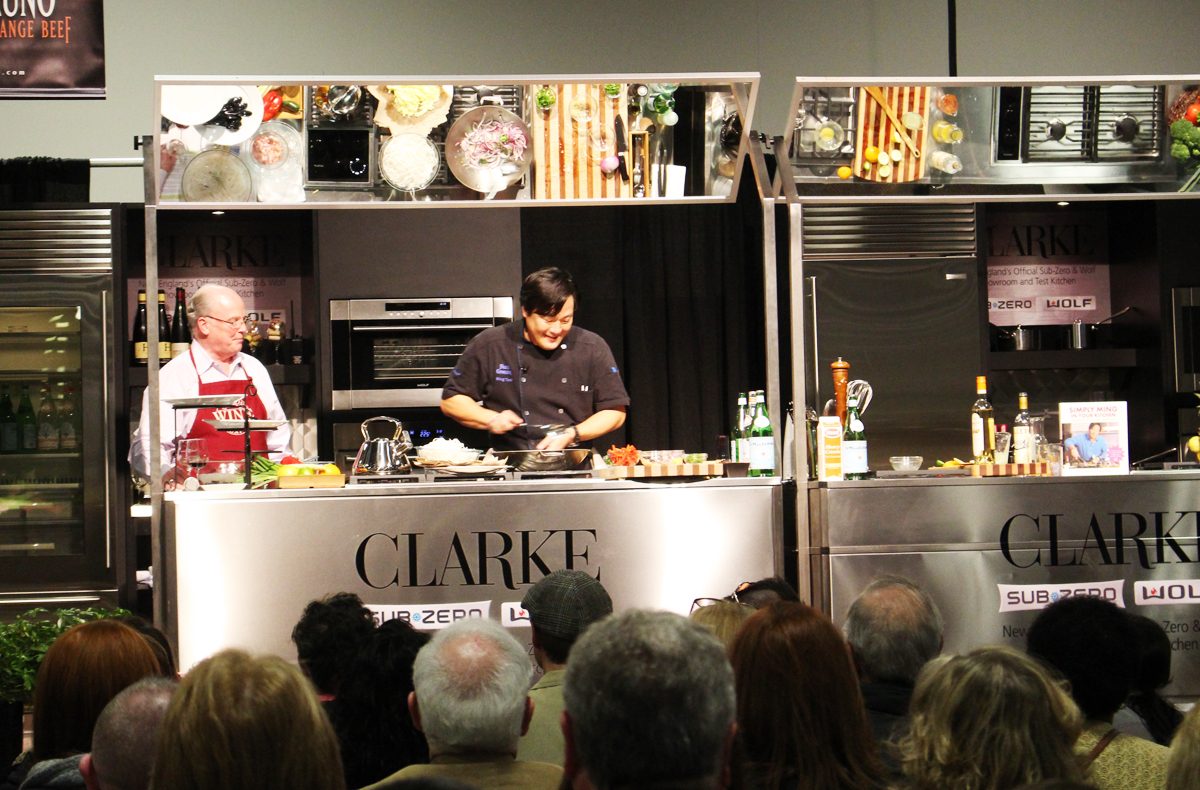 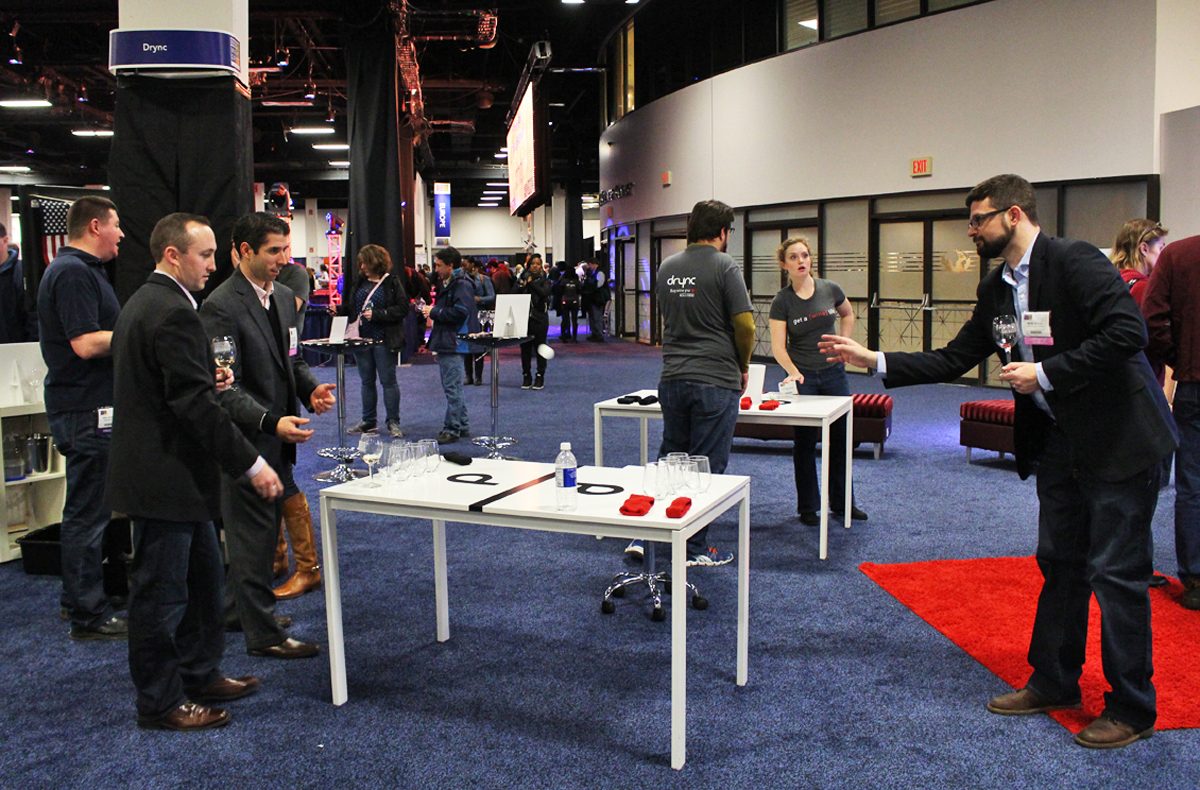 In the social media corner, visitors played 'Wine Olympics' for prizes. The area was sponsored by Drync, an app that lets users take a pic of a wine label and get it delivered to their doorstep.Photo by Margaret Burdge 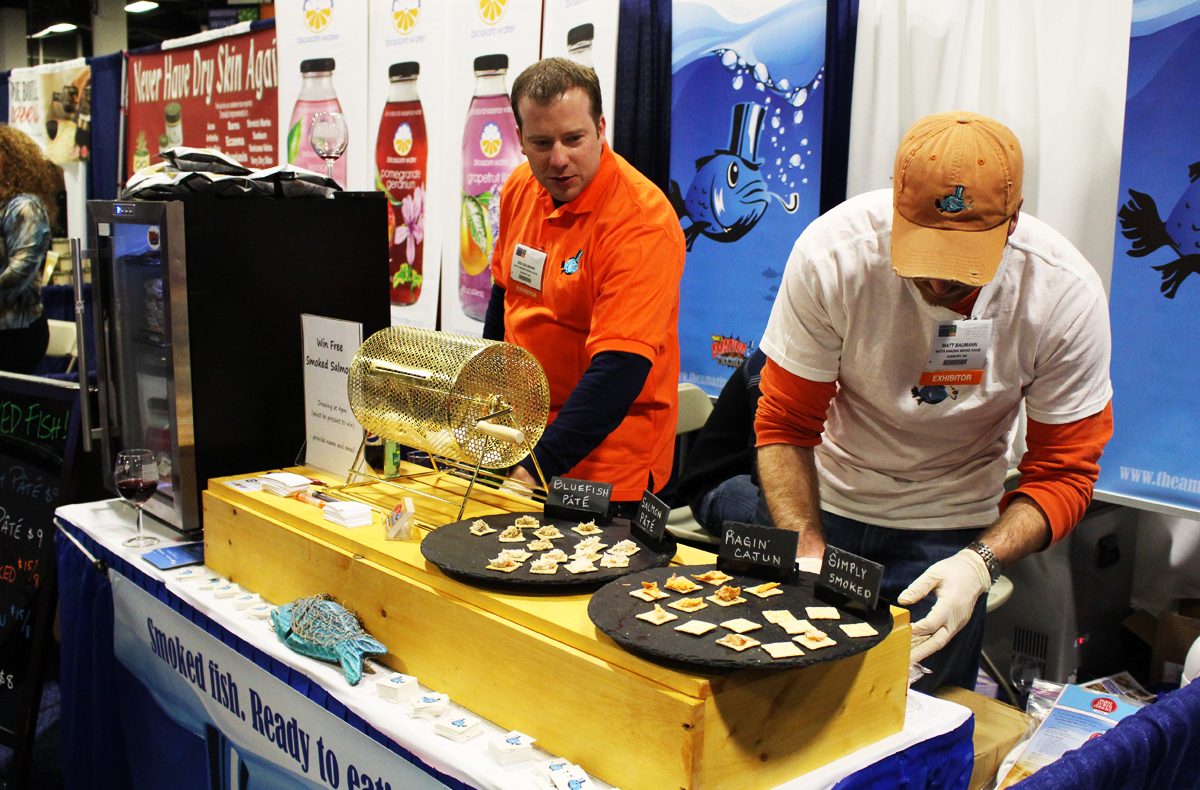 Not Just Any Goldfish

'We have goldfish—no, I'm just kidding,' said the rep at Sudbury's Amazing Smokehouse. What they were serving was bluefin dip, ragin' cajun salmon, and classic smoked salmon.Photo by Margaret Burdge 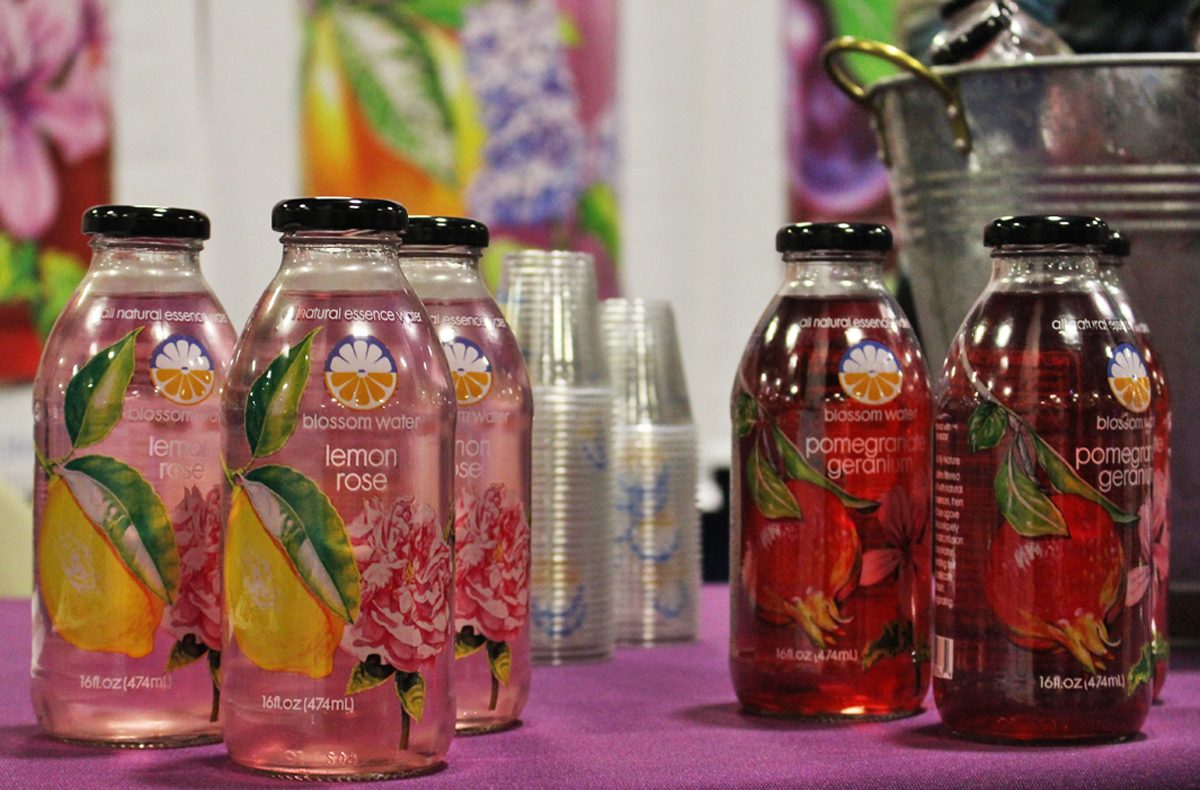 Blossom Water offered a non-alcoholic option made entirely from natural flavors bottled up at 45 calories per 16-ounce drink. We recommend the Grapefruit Lilac.Photo by Margaret Burdge 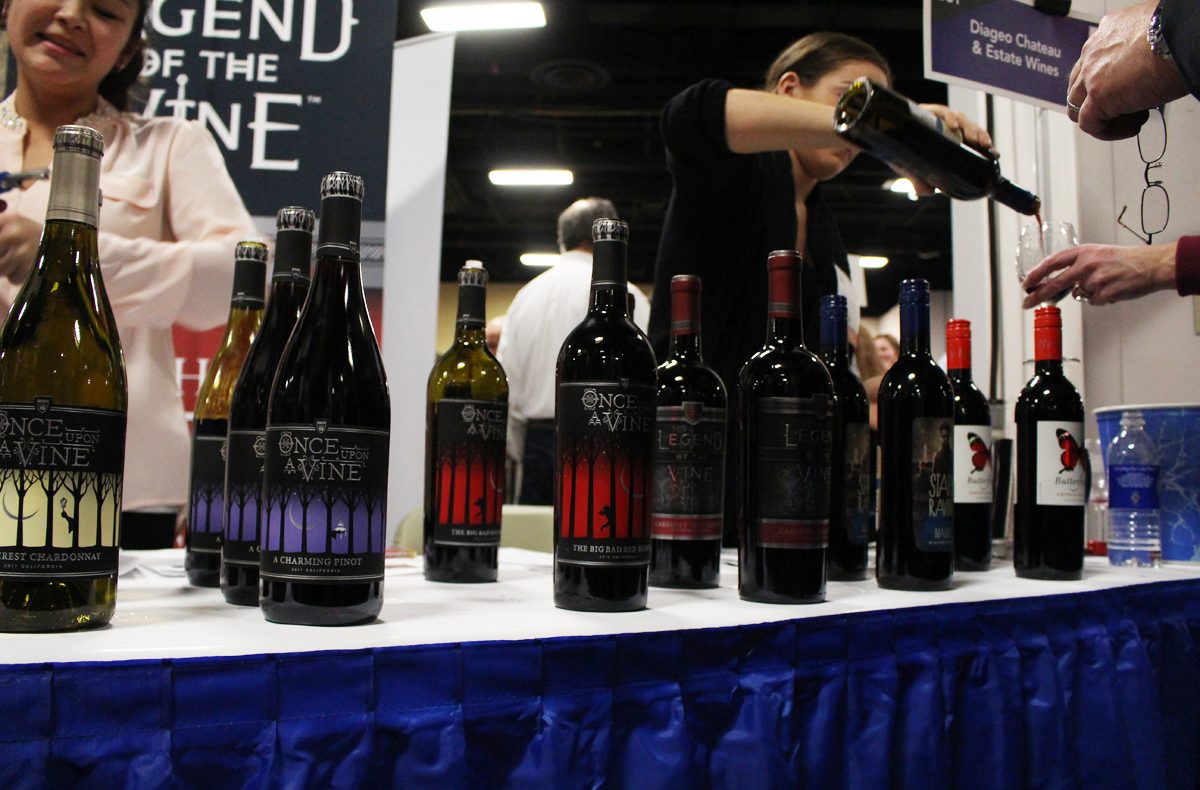 Diageo Chateau & Estate brought bottles inspired by TV, including Once Upon a Vine and Butterfly Kiss. 'We're trying to get the younger generation back into wine,' they said of the Game of Thrones-inspired Legend of The Vine.Photo by Margaret Burdge 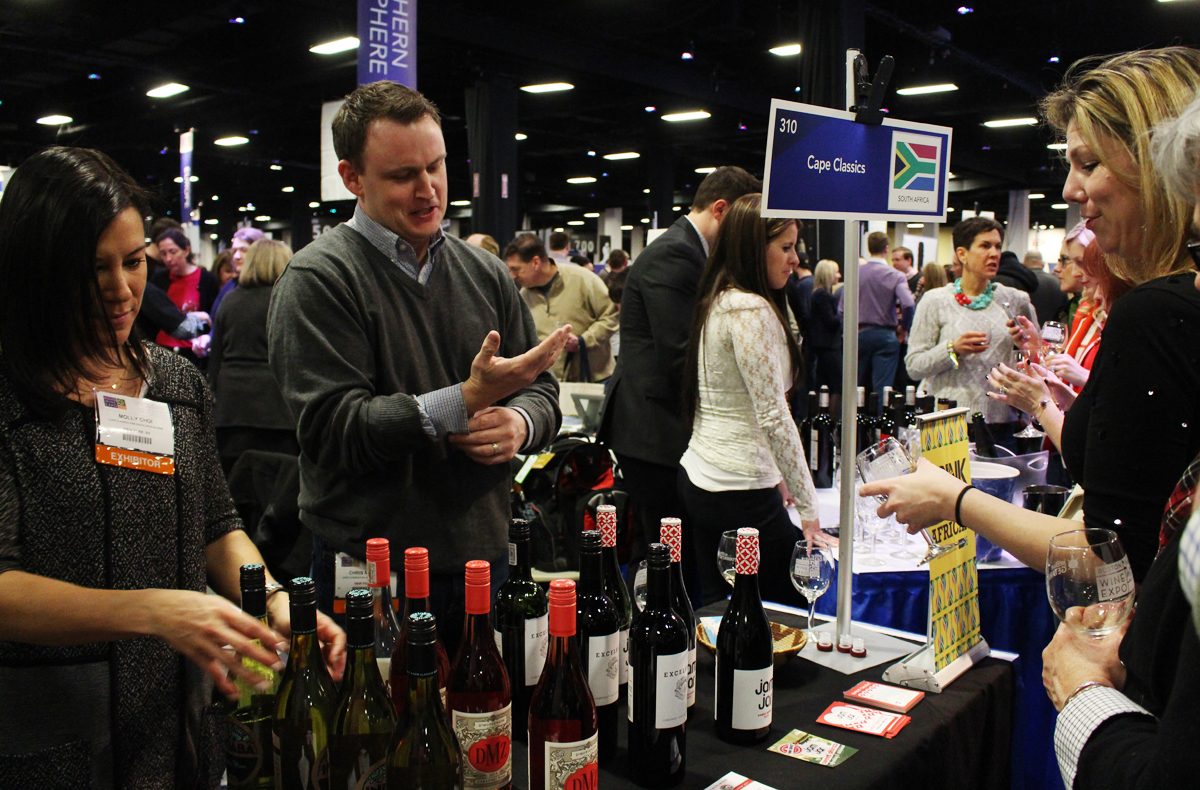 Cape Classics, the only purely South African vineyard at the expo, highlighted their dated history as one of the oldest wine-producing nations in the world. Their wines range from $8-$100.Photo by Margaret Burdge 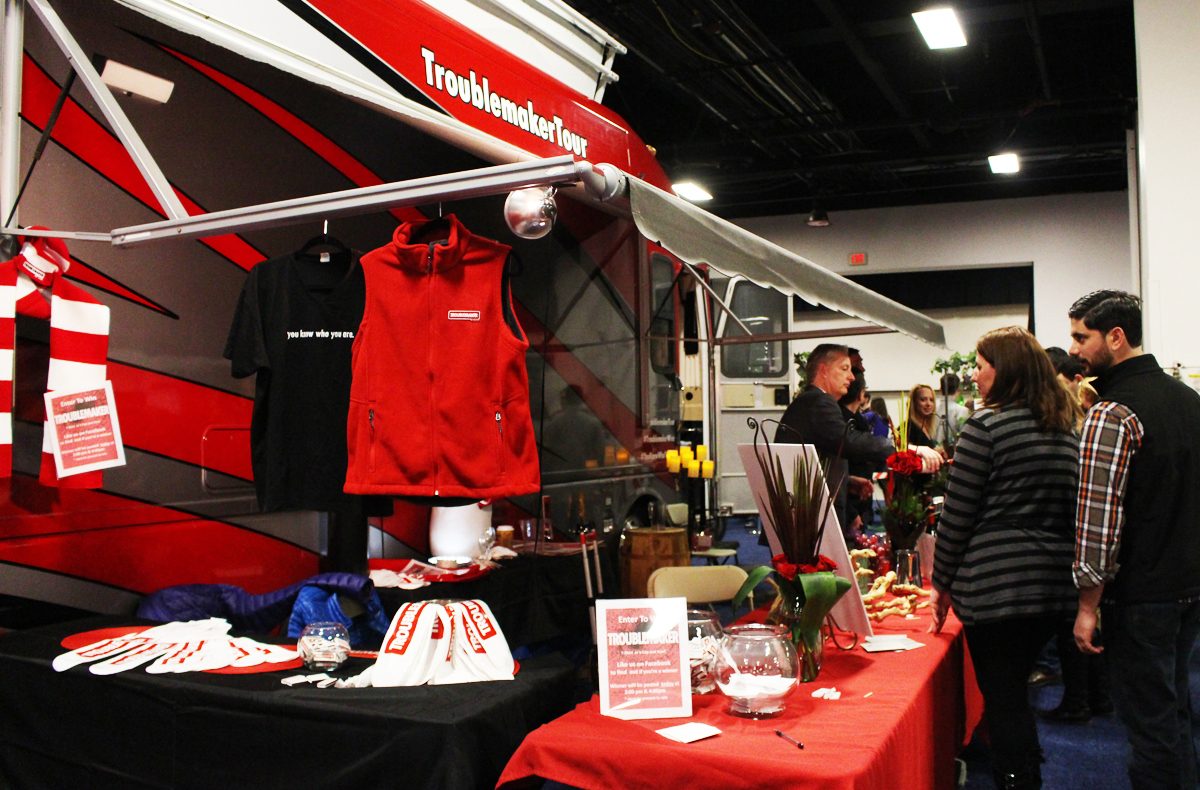 We've Got a Troublemaker in the House

Hope Family Wines brought their Troublemaker Tour to the expo on its national trip promoting its wine at tailgates, concerts, and wine bars.Photo by Margaret Burdge 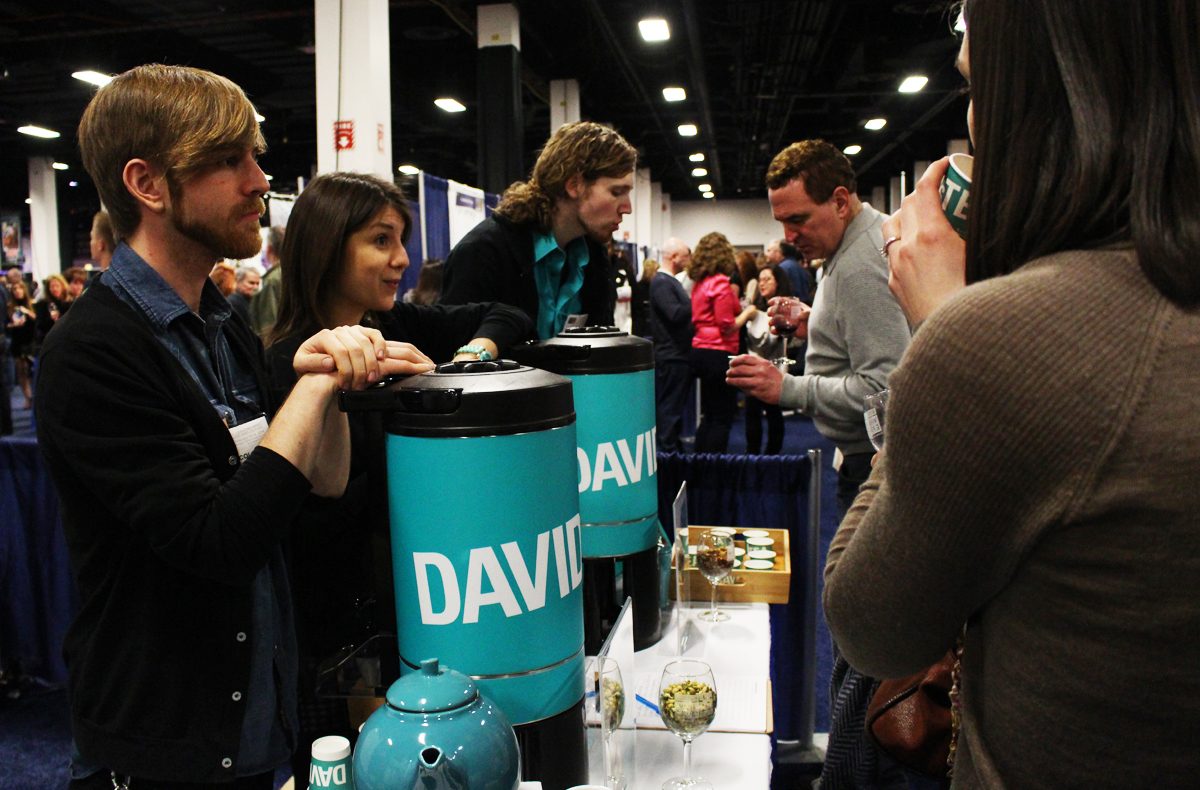 David's Tea offered a nice bit of warmth on a snowy Saturday afternoon with a lemon-citrus option and a heartier ginger-coconut blend.Photo by Margaret Burdge 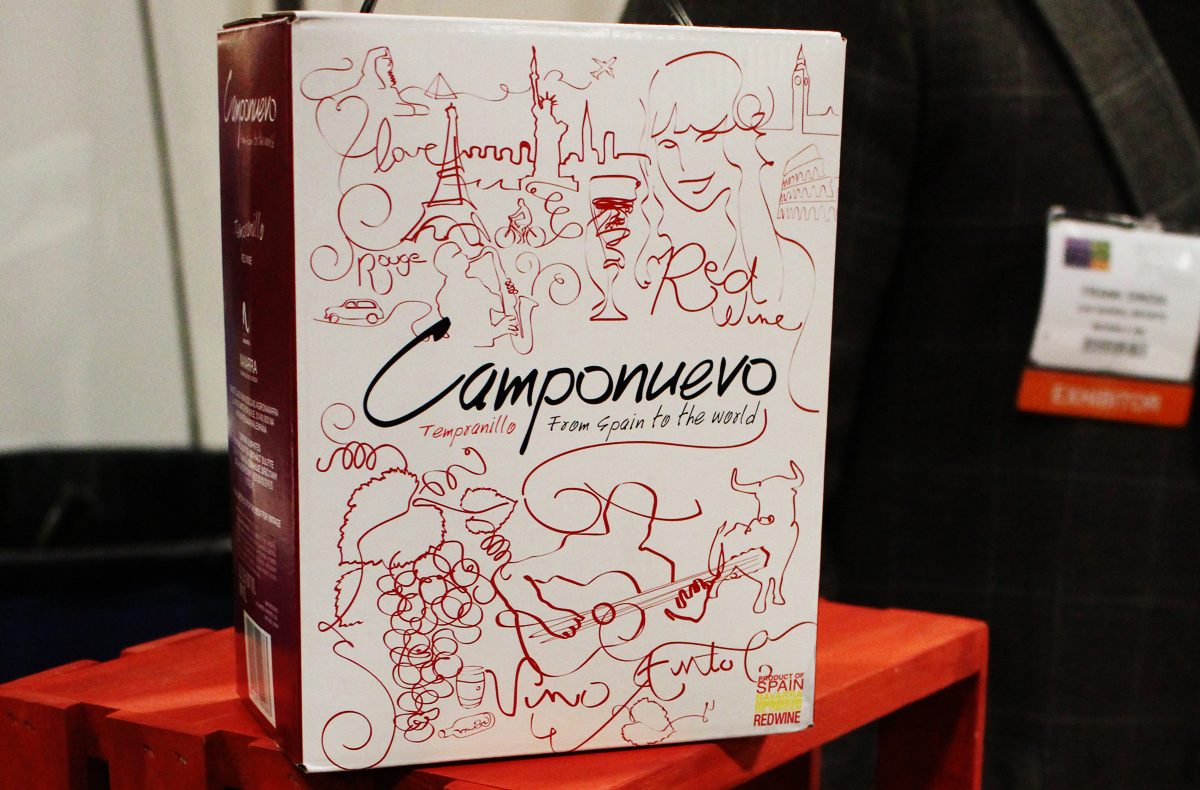 This Spanish wine offers a little more class than the standard Franzia bag-in-a-box. This brand runs for $13.99 and comes in both red and white.Photo by Margaret Burdge 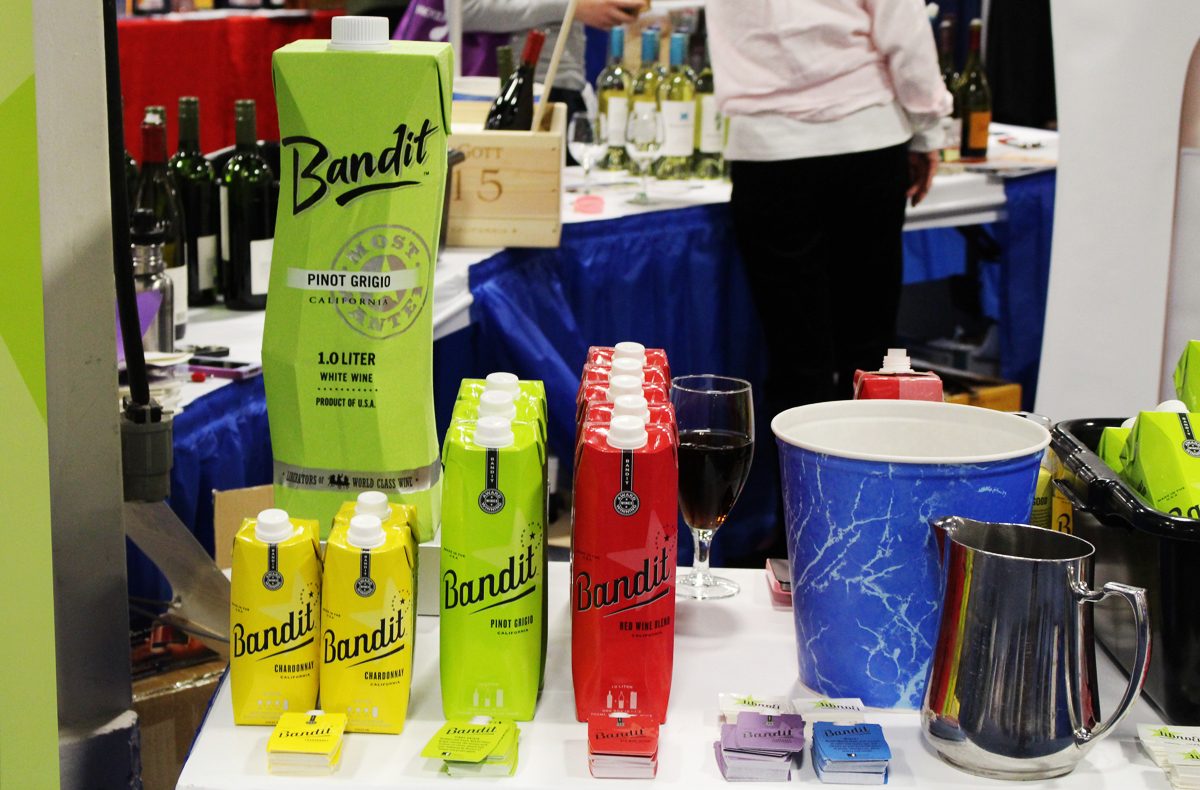 Bandit takes portable to a whole new level, going beyond the box to the on-the-go Bandit container. The rep explained that the creator 'is a little bit of a bro,' and wanted to design this version of wine to take camping, boating, and even on a trip to the Grand Canyon.Photo by Margaret Burdge 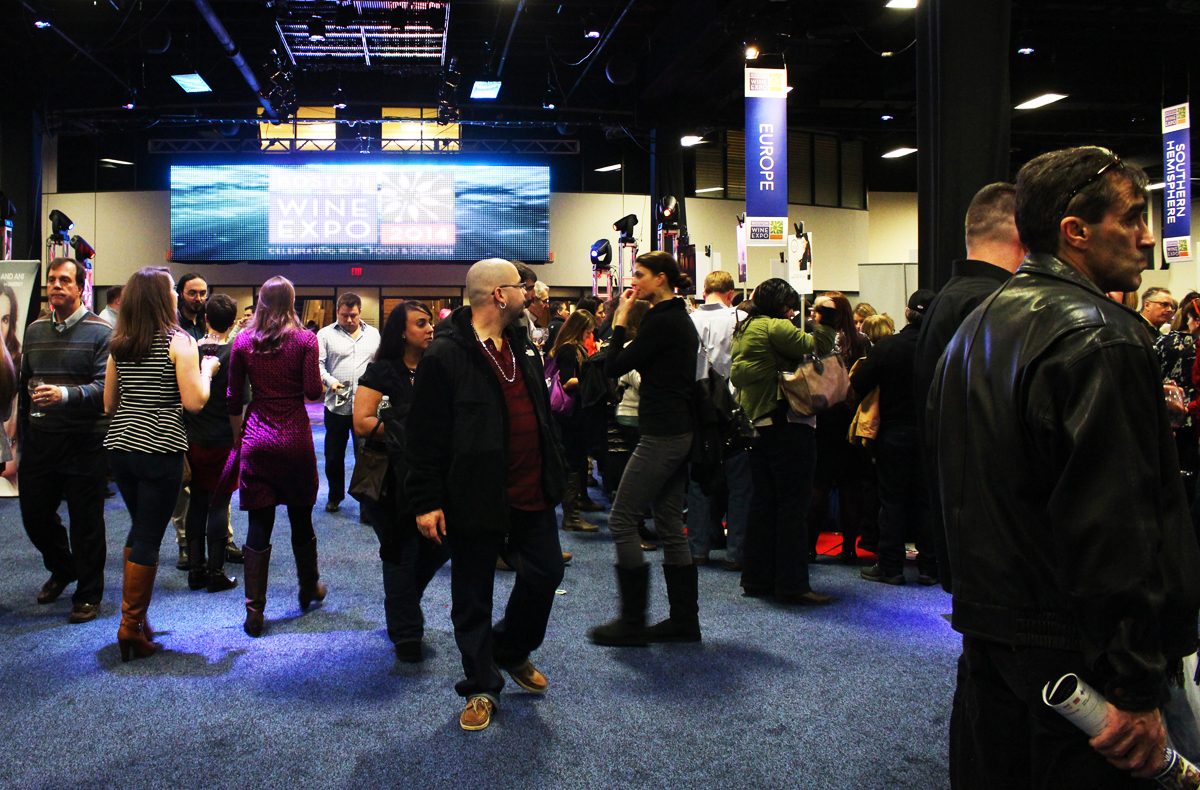 With hundreds of brands from around the world, this year's expo was a wine enthusiast's dream come true.Photo by Margaret Burdge