Take a look inside Miniland before the center opens to the public next Friday at Assembly Row in Somerville. The bricks are finally in place at Legoland Discovery Center Boston–LEGO bricks that is. Construction began last October on the newest of 11 Lego activity spaces throughout the world, and more than 3 million bricks later, everything has come into place for the center to open next Friday, May 23.

With 44,000 square feet of entertainment space, there is no question that the Somerville center has surpassed expectations. Upon entering, visitors can watch a video that explains what they will find at the center, teaches how Lego bricks are made, and offers a tutorial for the next room, where guests design a virtual mini-Lego figure.

Next is the Kingdom Quest Laser ride, where kids and parents can use lasers to zap trolls and skeletons to rescue the princess and save the kingdom. Or guests can continue on to Merlin’s Apprentice, the other ride in the building, where visitors pedal to soar higher and higher in their flying carriages. With 4-D Lego movies and multiple play zones, Legoland Discovery Center has an abundance of activities for visitors to explore.

Our research and arts editor brought his three-year-old to today’s press preview to help test-drive the new space. While her first lap caused sensory overload, soon she was running around to explore everything, recognizing scenes from her real-life neighborhood.

At Miniland, people will find realistic Lego replicas of Boston landmarks. When the Discovery Center unveiled their replica of the Boston Public Library in March, they set the bar high, but the complete Miniland is certainly a sight to see. The stunning cityscape comprises about 2 million bricks by Master Model Builder Ian Coffey’s estimate. Miniland took about a year to build, and the Fenway Park model alone took six weeks, says Coffey.

Coffey’s job doesn’t go into full swing until the center actually opens, when he will interact with visitors, teach classes, and create more Lego masterpieces each day. For Coffey, the interactions between builders and visitors are what will make the center truly special.

“What’s exciting for me is seeing all the things the kids make with all of the bricks available,” Coffey says. With thousands of different types of bricks available throughout the attraction, children can truly get their creative juices flowing.

There is one caveat, non-parents: People over 16 can only visit if they bring a kid with them, to ensure safety at the attraction. If you’re a Lego enthusiast but don’t have kids, don’t fret; the Discovery Center will host themed adult-only nights for Boston’s more mature Lego lovers.

After the Discovery Center opens, Legoland will also switch things up every other month, redecorating for Lego Halloween, Lego Star Wars, and so on.

For now, check out the gallery below to see what’s in store at Legoland Discovery Center Boston. 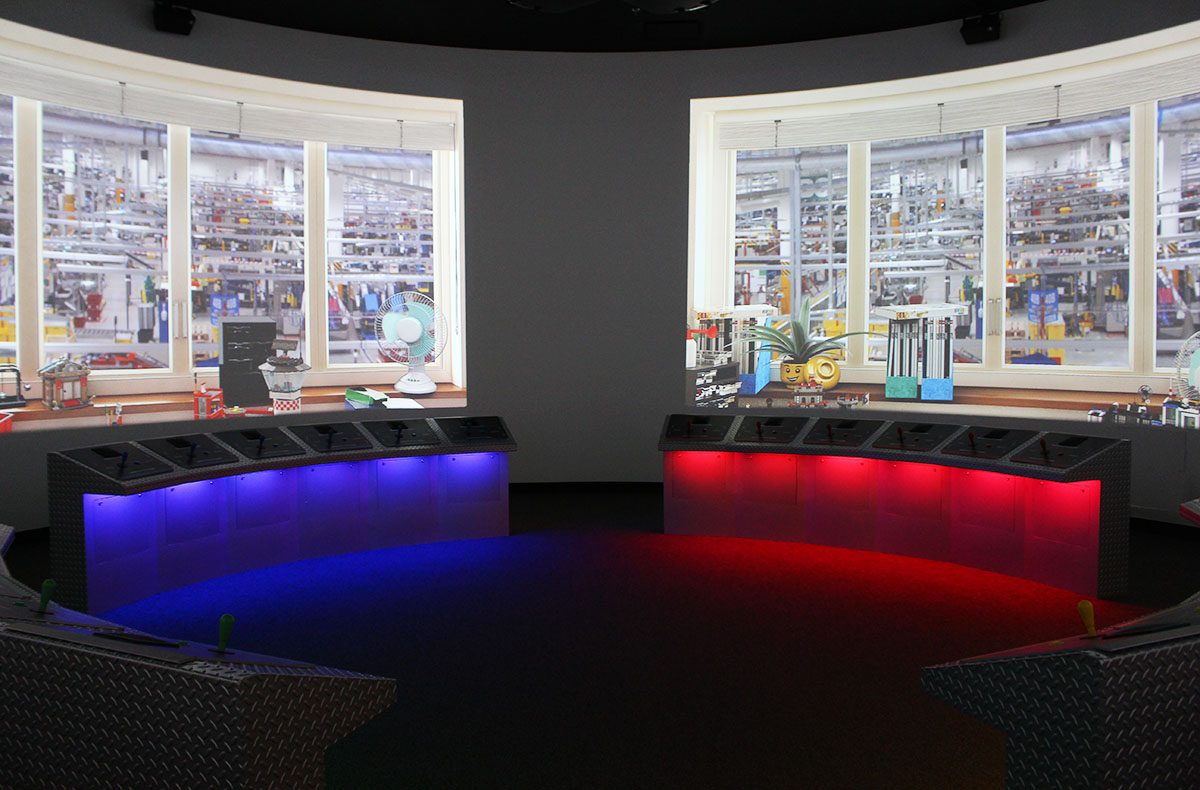 Where the Fun Begins

From the get-go, visitors are challenged to test their creativity at color station where they have 20 seconds to design their own mini Lego figure.Photo by Margaret Burdge 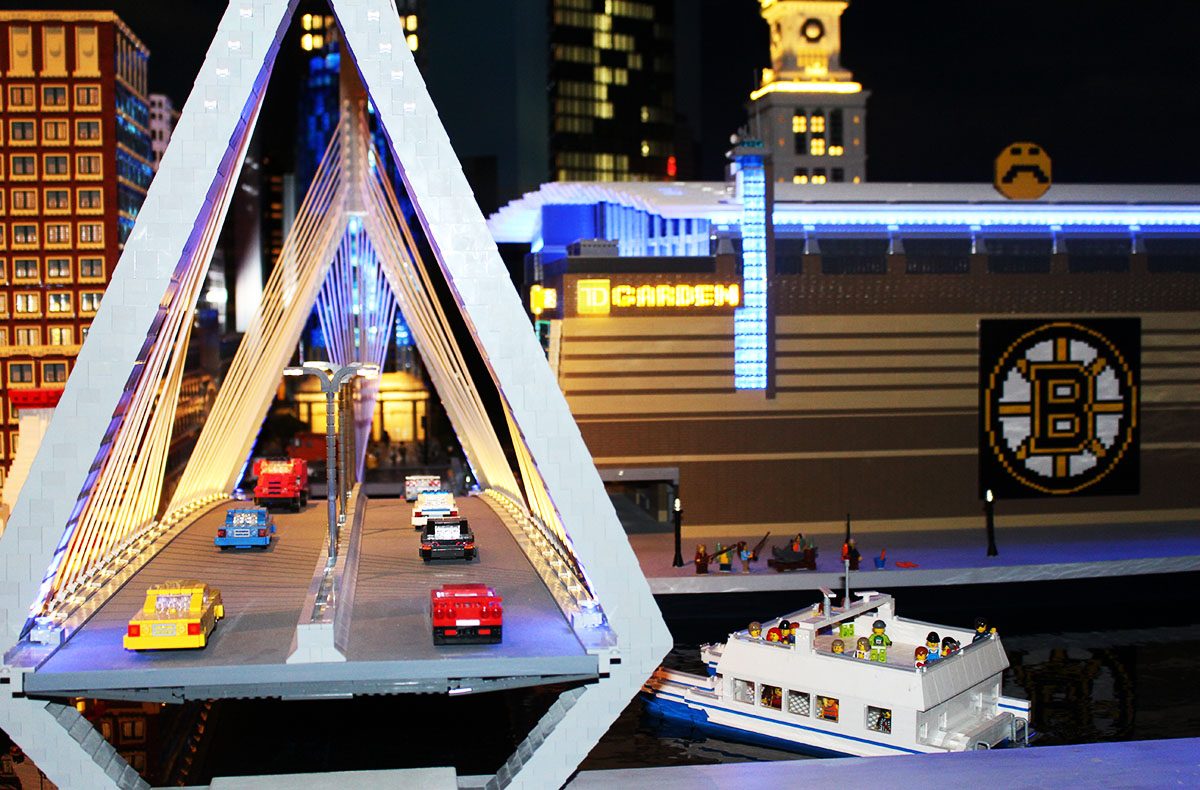 We don't have to tell you what classic landmark this is—Coffey added the frowny face after Wednesday's Bruins loss.Photo by Margaret Burdge 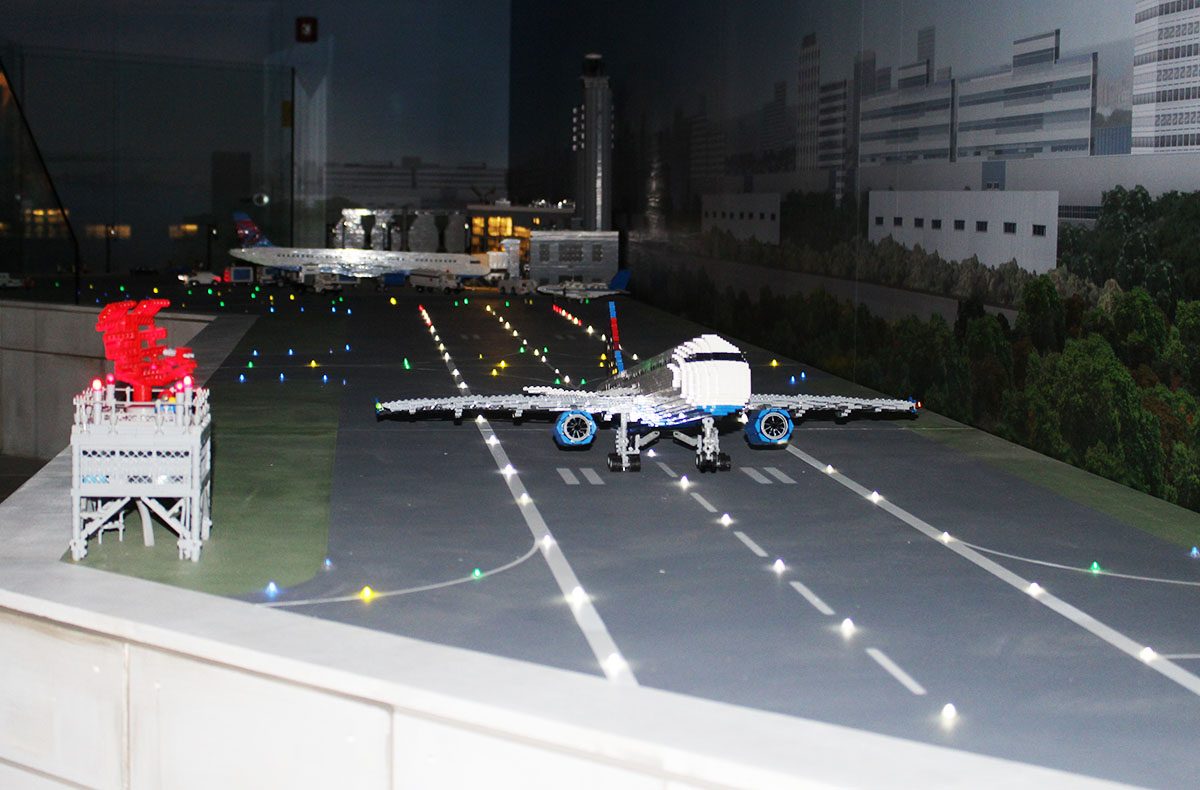 All Clear for Takeoff

This plane on the tarmac of Logan almost looks real enough to fly away.Photo by Margaret Burdge 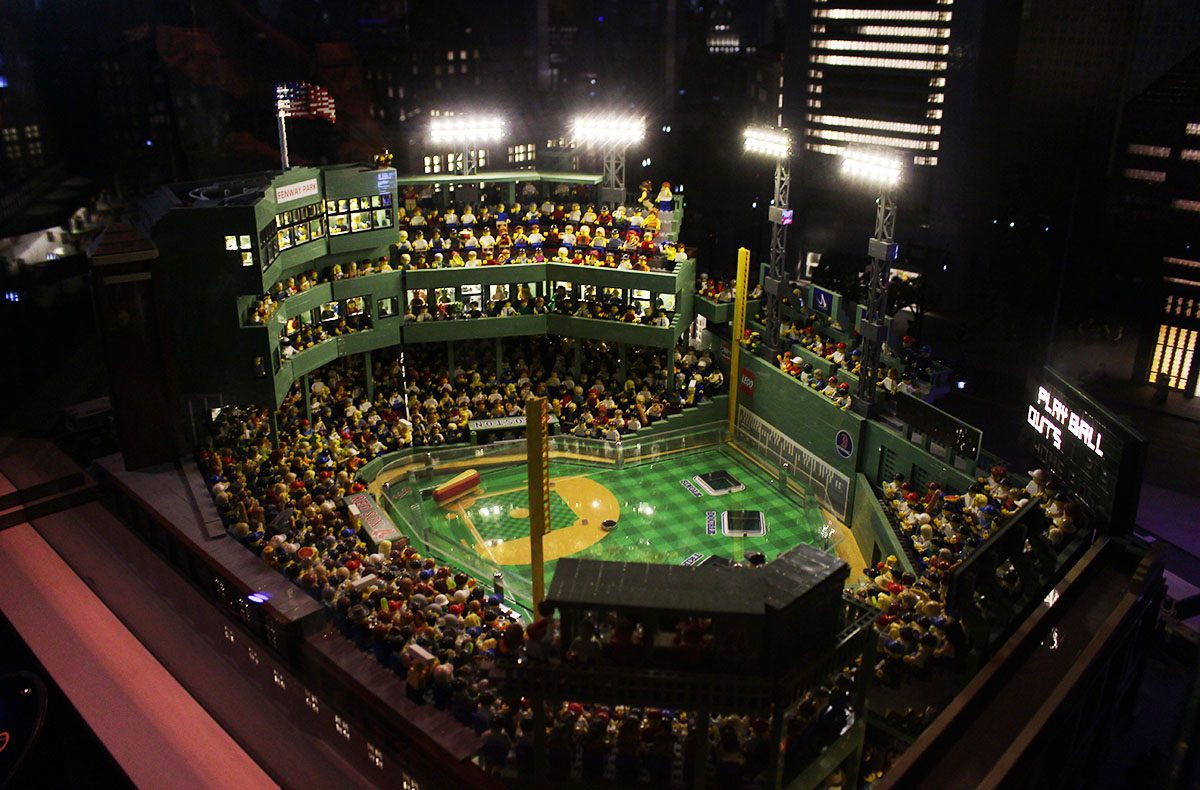 What mini Boston would be complete without Fenway Park? Interactive models at LDC have automated components; Fenway, for example, has a base counter.Photo by Margaret Burdge 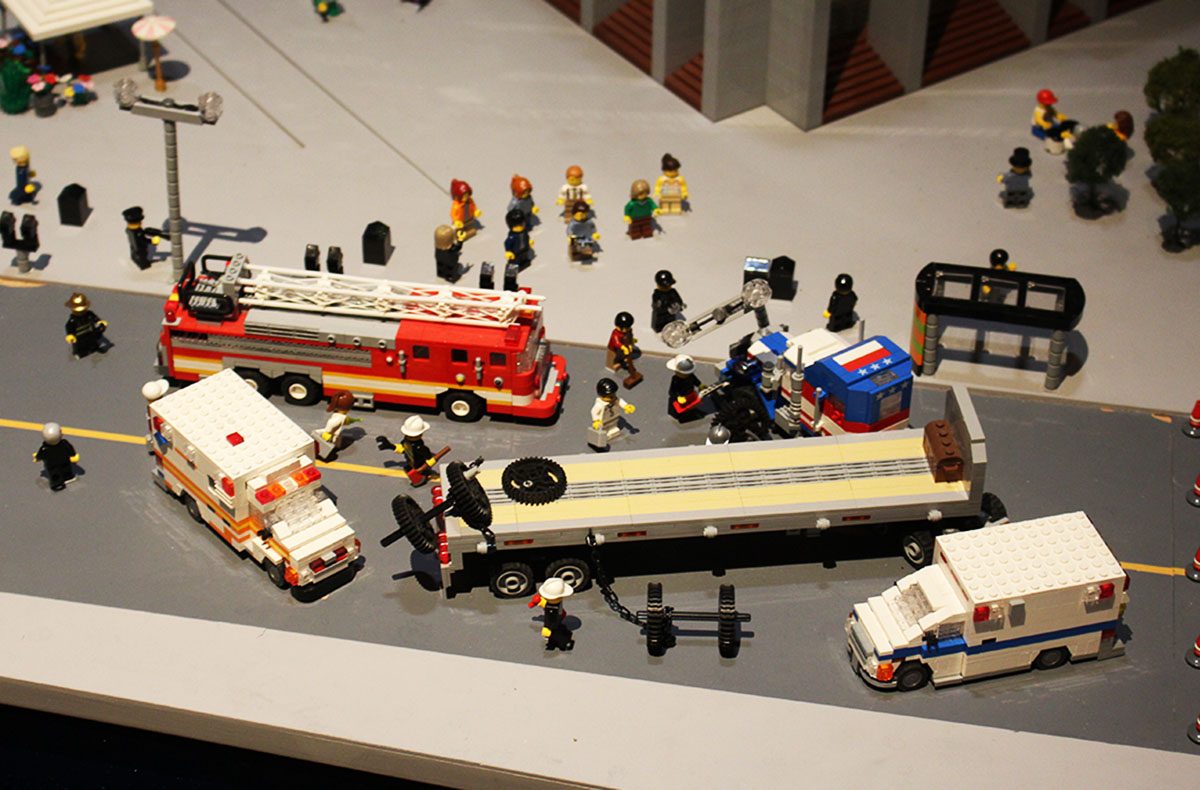 Miniland even includes a scene complete with all of Boston's heroic emergency responders.Photo by Margaret Burdge 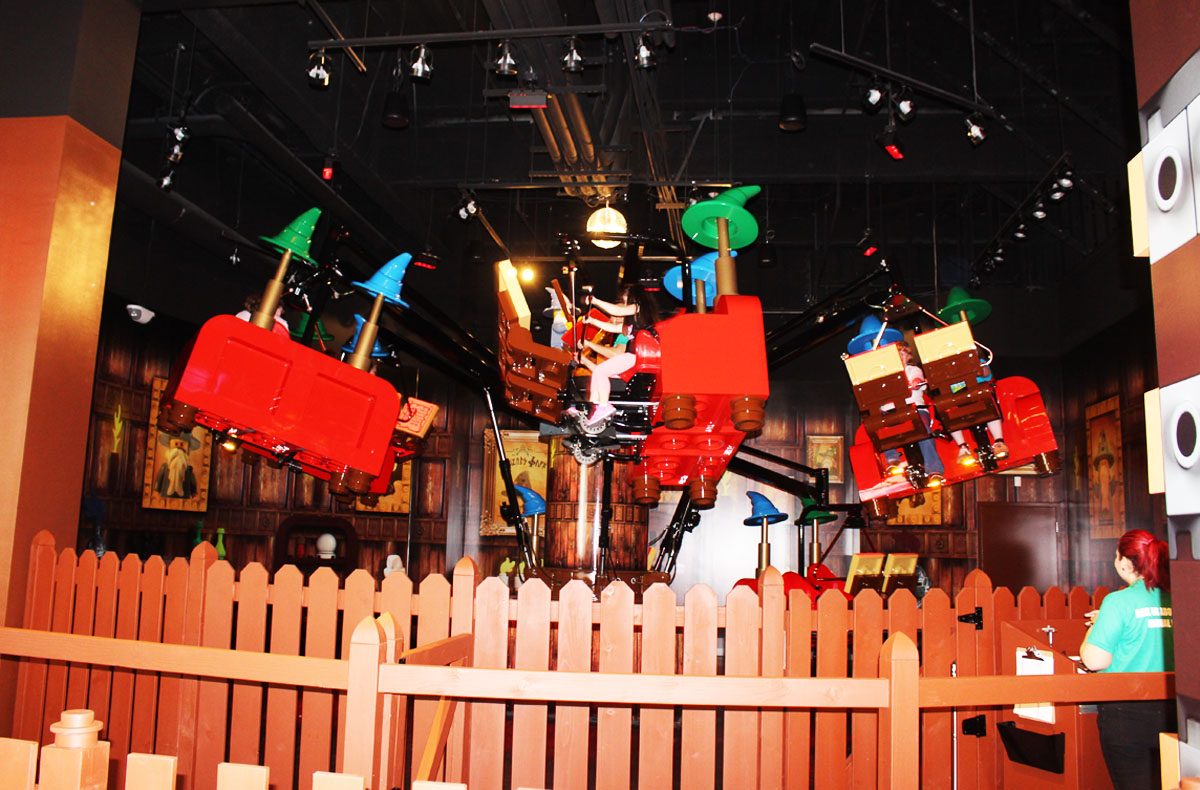 There are two rides at the attraction including this high-flyer, Merlin's Apprentice, and the Kingdom Quest Laser ride with an interactive laser shooting component.Photo by Margaret Burdge 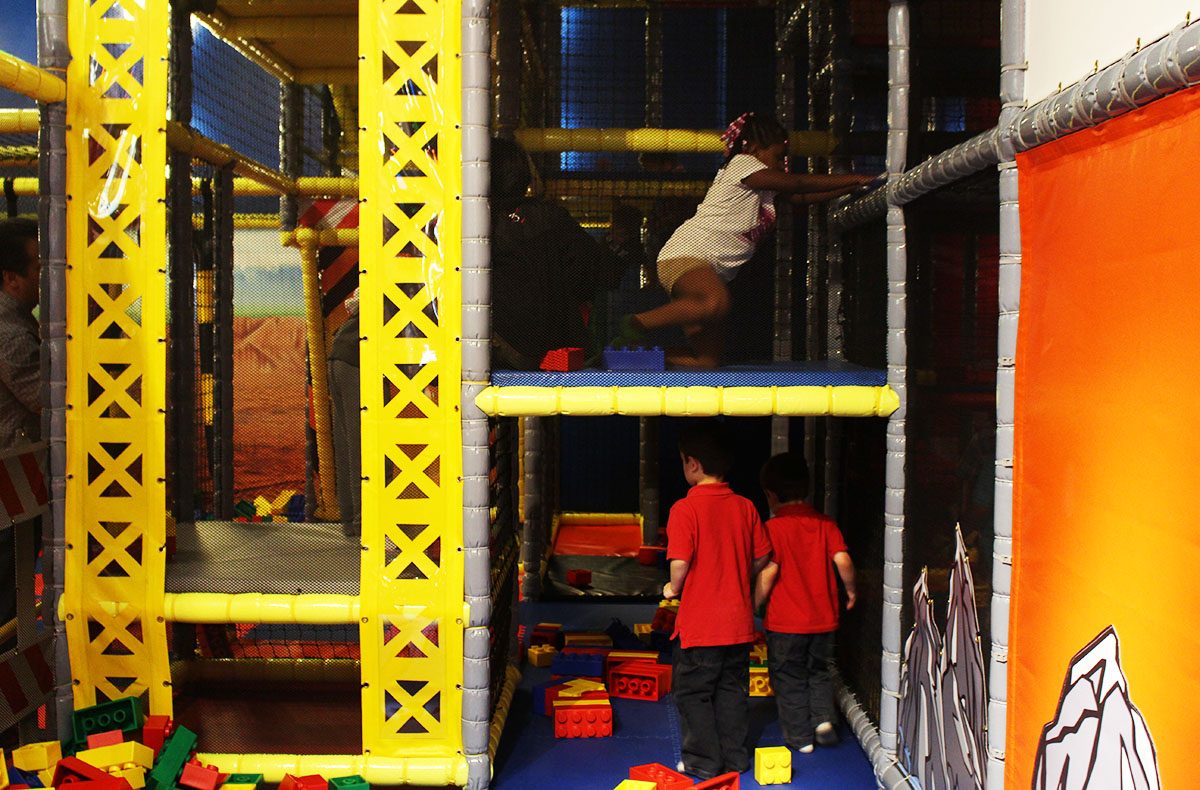 For All the Monkeys Out There

The Lego City Play Zone is every child's dream, with climbing walls, slides, and a jungle gym, all next to the Lego Fire Academy and Construction Site.Photo by Margaret Burdge 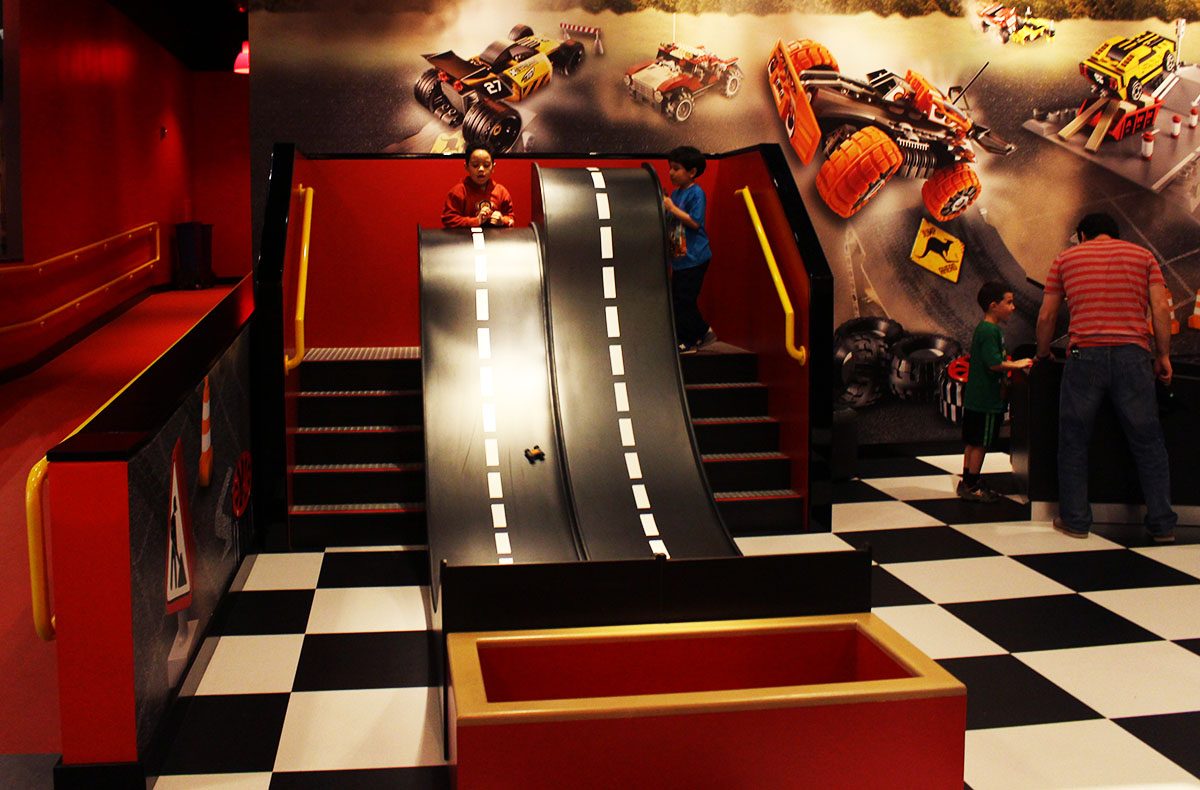 In the Lego Racers Build and Test, children can choose from hundreds of Lego parts to create their own vehicles and then watch them soar on multiple tracks. An automated race track also holds cars until a timer sets them off, letting kids test the speed of their creations.Photo by Margaret Burdge 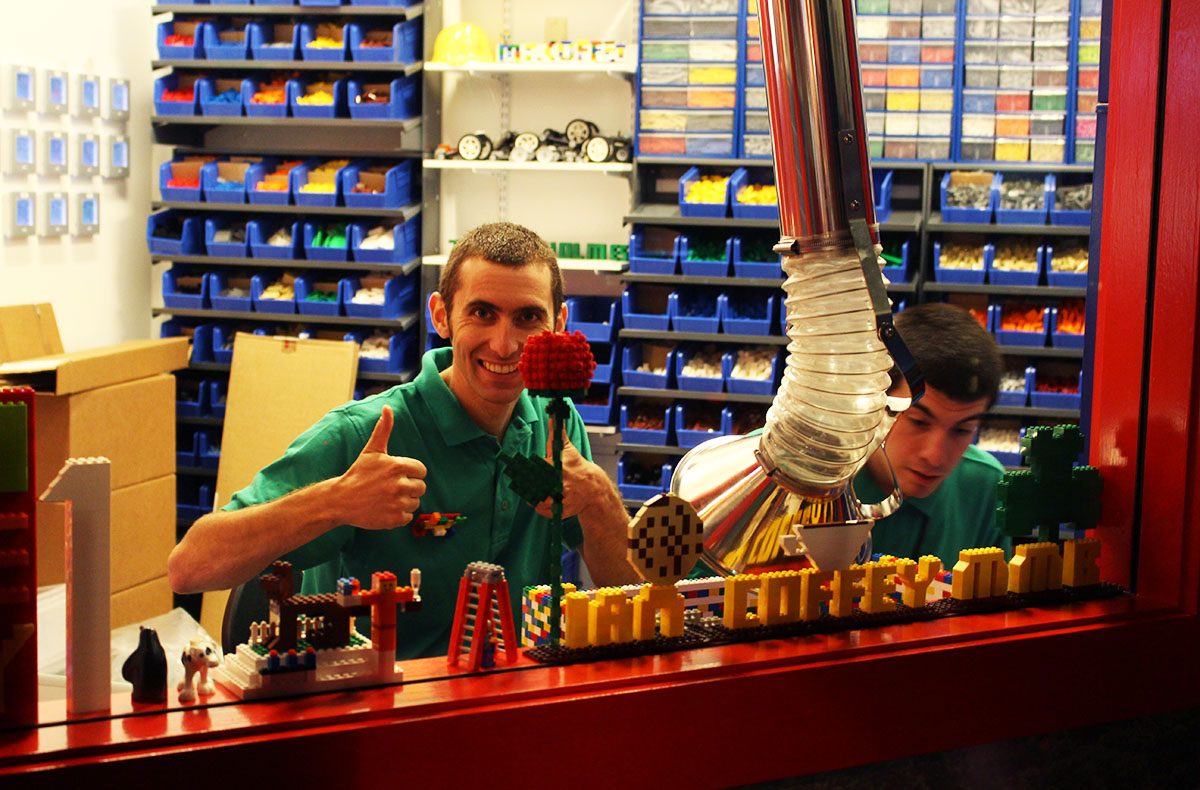 Ian Coffey, who won his job at a competition at the BPL, smiles and gives a thumbs up from what has to be the coolest office of all time.Photo by Margaret Burdge 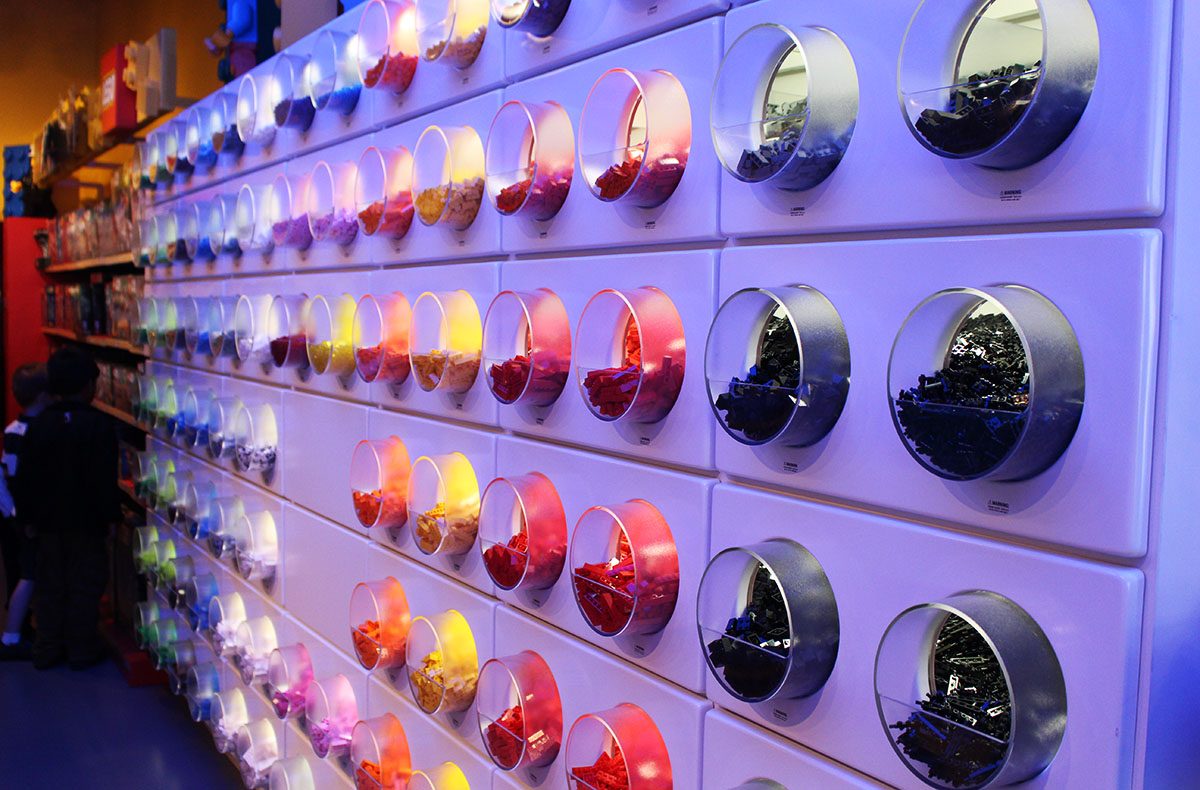 The center boasts the closest Lego retail store in the area. No ticket is required to peruse the mix-and-match options, which include every color brick as well as character hairpieces and outfits.Photo by Margaret Burdge