Anxiety-dream sequence: surf-and-turf dinner party, a roomful of weepy lobster neophytes, you’re the only New Englander for miles. Plus, you somehow forgot pants. Quick, what do you do? You can panic and lie about your provenance. Or you can buck up, throw on some khakis, and teach them to dispatch their bugs like Four Seasons Hotel executive chef Brooke Vosika, whose catering division breaks down 100 lobsters a day. —J.H. 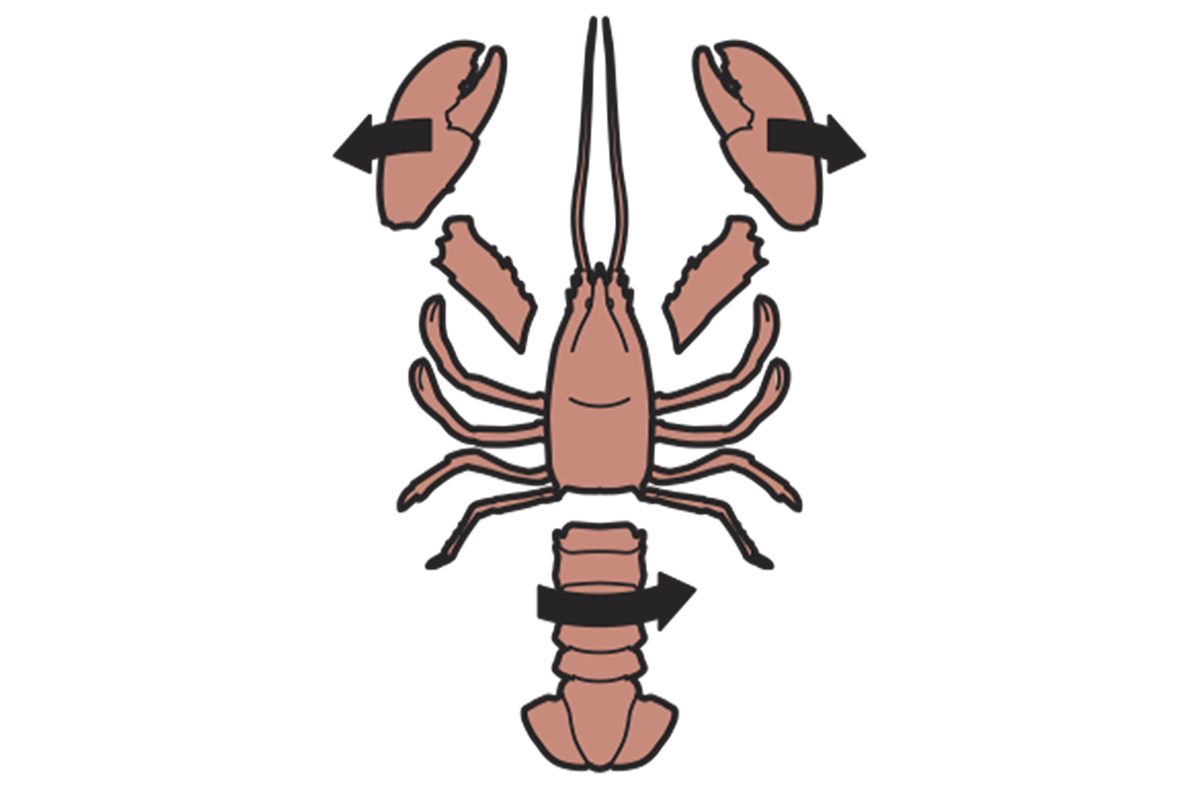 Holding lobster vertically in one hand—head up, under the “arms,” like a hamster or small kitten—firmly twist tail 90 degrees and remove. Twist off both claws from body. Separate knuckles from claws at each joint.Illustrations by John MacNeill 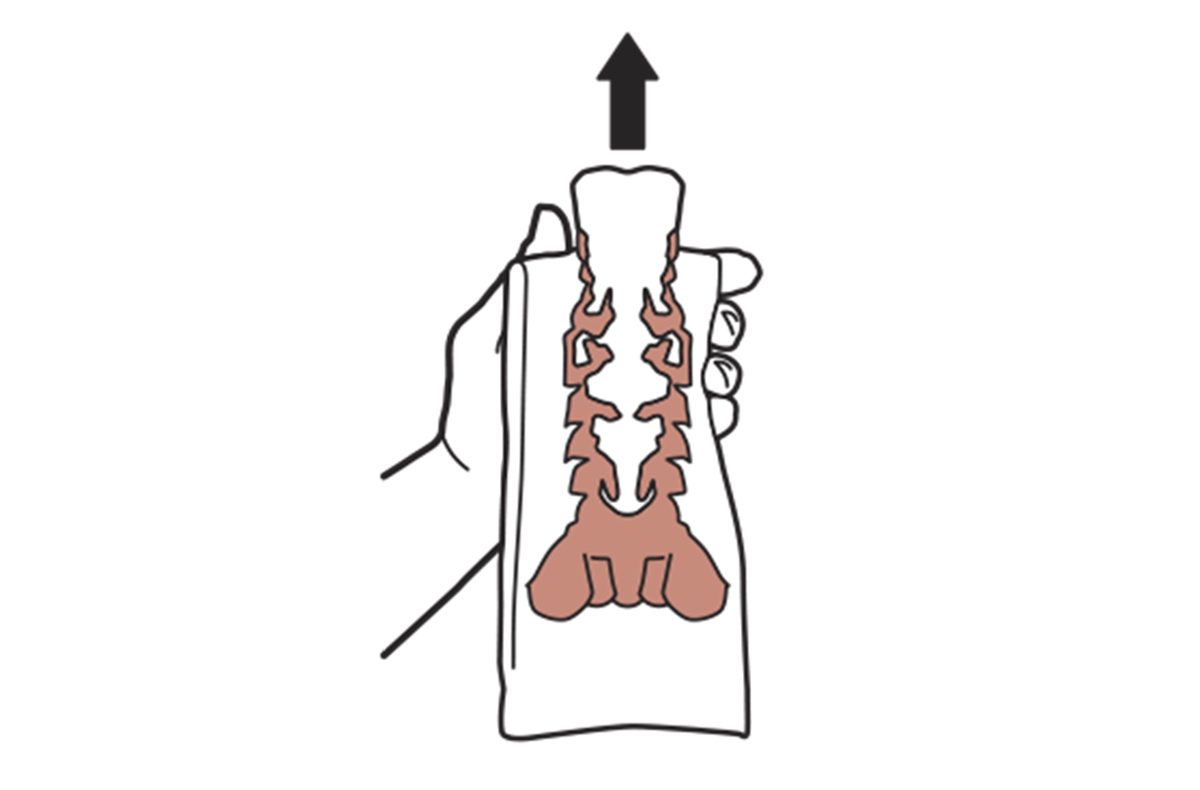 Wrap tail in a clean dish towel and, with the interior curve facing you, squeeze between hands firmly until you hear the shell crack. Remove meat in one single, breathtaking piece.Illustrations by John MacNeill 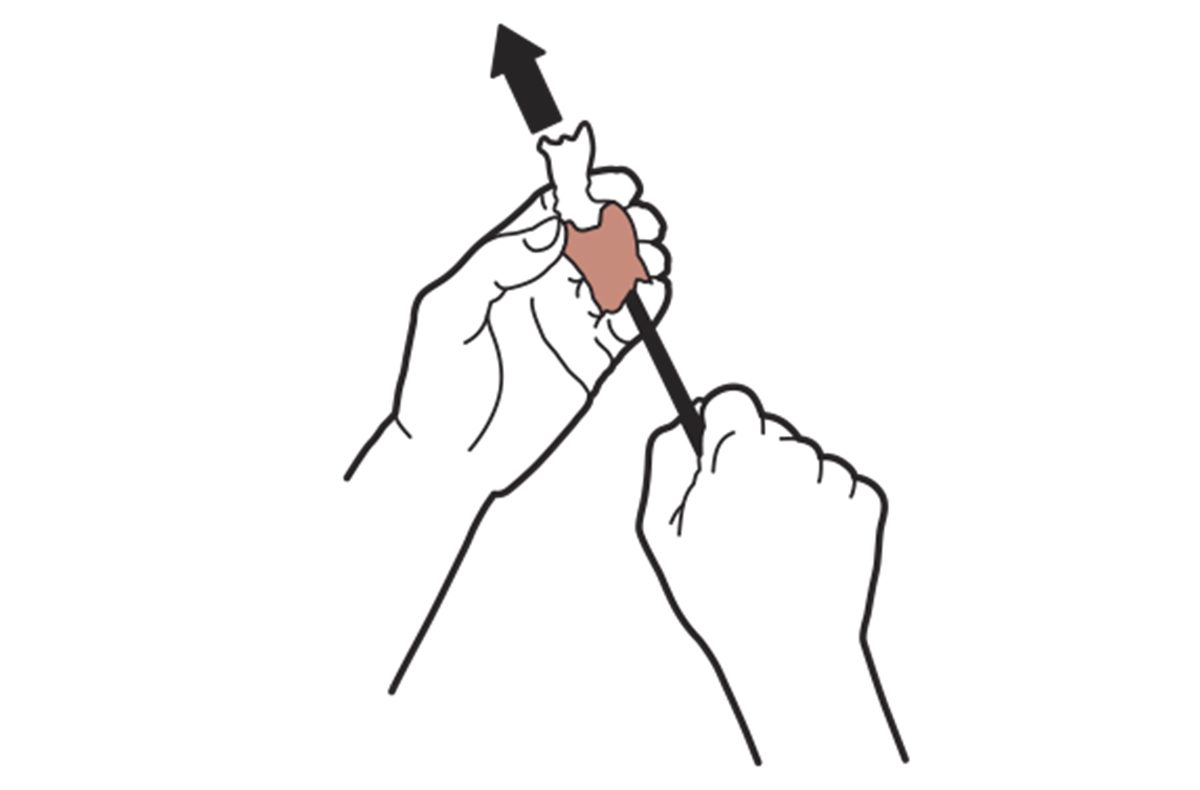 Remove “fingers” from claws by pulling in opposite direction. Whack claws gently with the back of a knife and pull out meat. Crack knuckles with lobster crackers, and rescue meat using wooden skewer. Now eat.Illustrations by John MacNeill Requiring the forearm strength and fortitude to dice, chop, and slice several pounds of onions, potatoes, and salt pork, the Aroostook Savory Supper, from the eponymous Maine county, is a dish to be earned. We turned to chef Marc Sheehan, who opens the coastal-themed Loyal Nine early next year, for a luxe take on this rustic dish. Before you balk at the sheer quantity of pork fat that will accompany your bird, do note: It’s the Yankee way. “A lot of times, really fatty pork was served with turkey,” Sheehan says. “Having something that’s as rich as this, with another animal fat, weirdly makes sense.” —Leah Mennies

Aroostook Savory Supper recipe (above) can be found here.

With our 473 miles of coastline, we are a maritime people. We also have a quirky, deep-seated aversion to losing boats, particularly ones belonging to other people. To ensure you never become that guy who let the SS Too Expensive to Replace drift out to sea, it’s important to master at least one good knot. Start with the bowline, which is easy to tie and, just as important, to untie, yet won’t ever come undone by itself. —Eric Randall 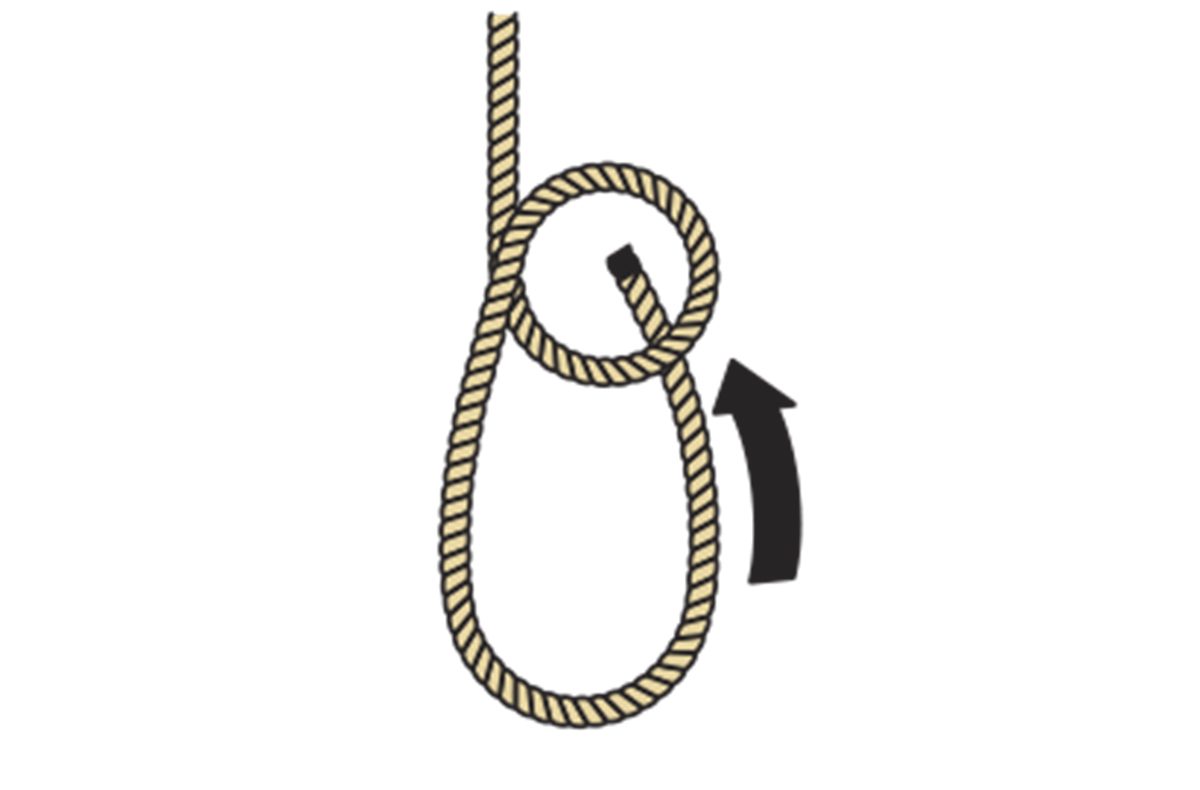 Make a loop with the rope by crossing the line over itself. Illustrations by John MacNeill 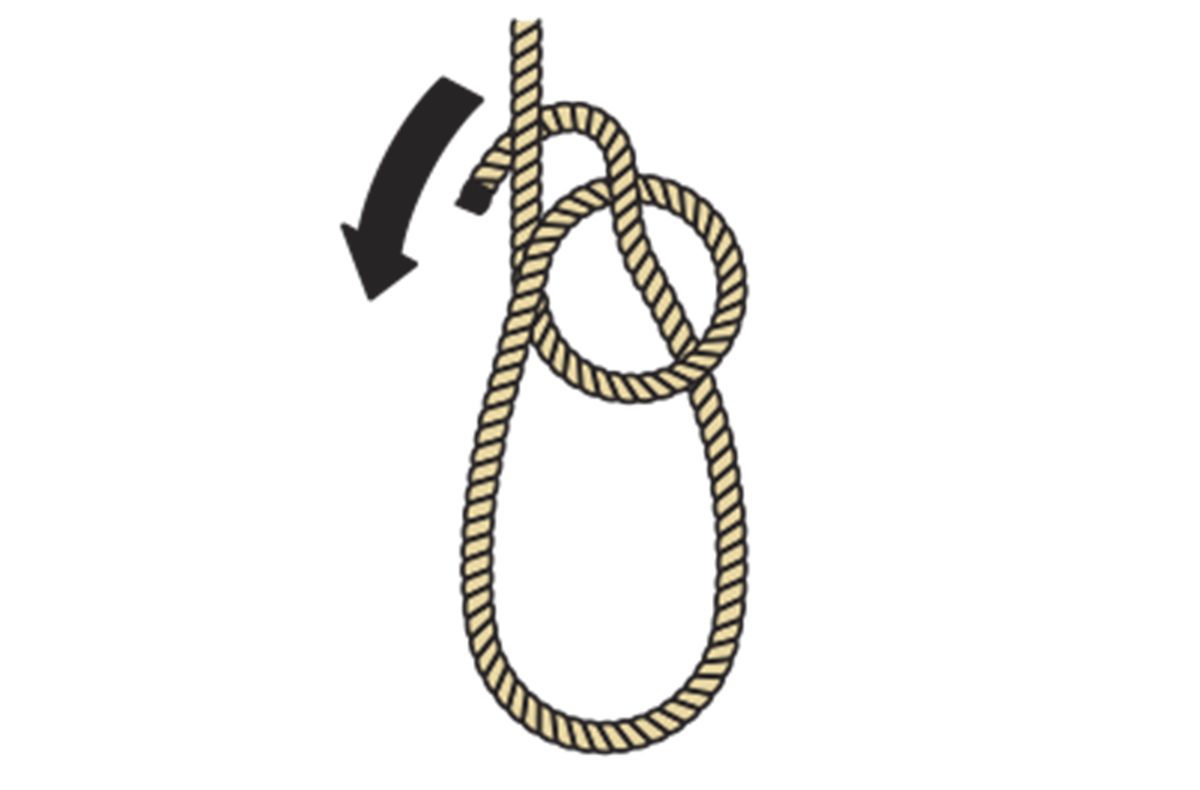 Bring the end of the rope around the ring to which you’re tying up the boat. Then bring that end back up through the loop.Illustrations by John MacNeill 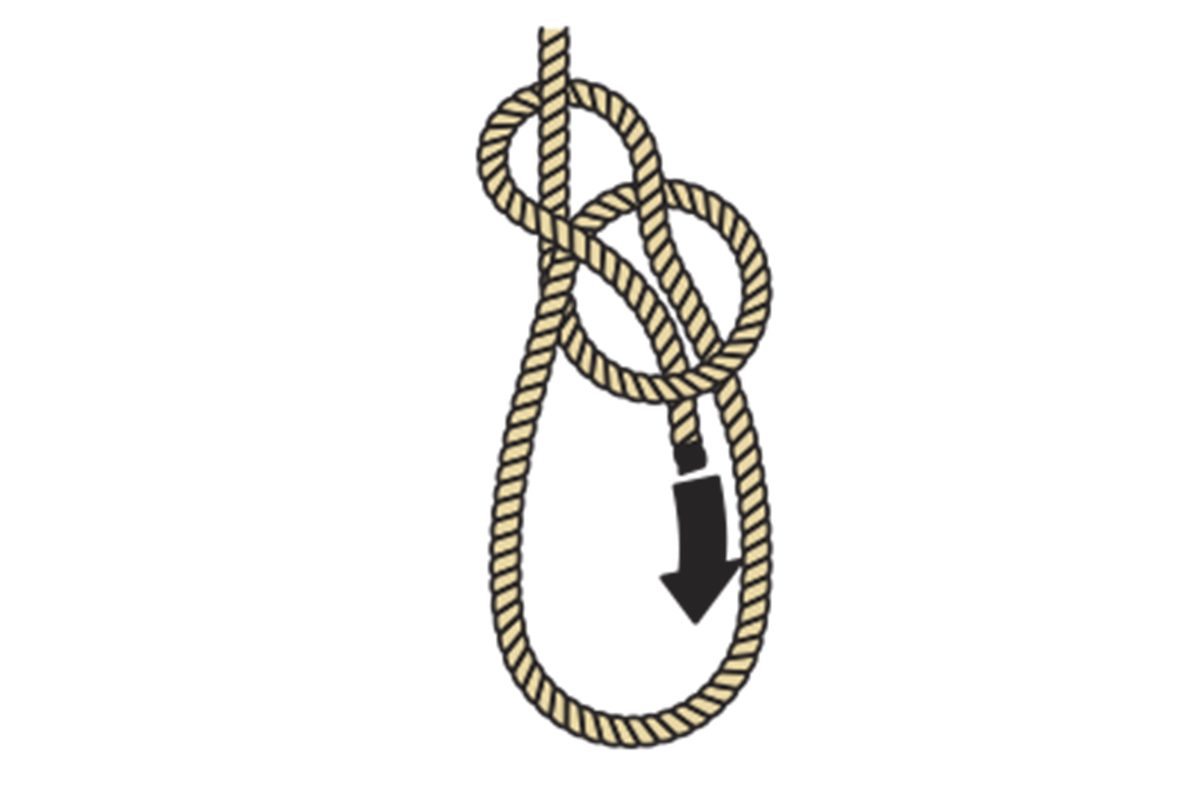 Pass that end under and around the rope. Now push it back down through the hole.Illustrations by John MacNeill 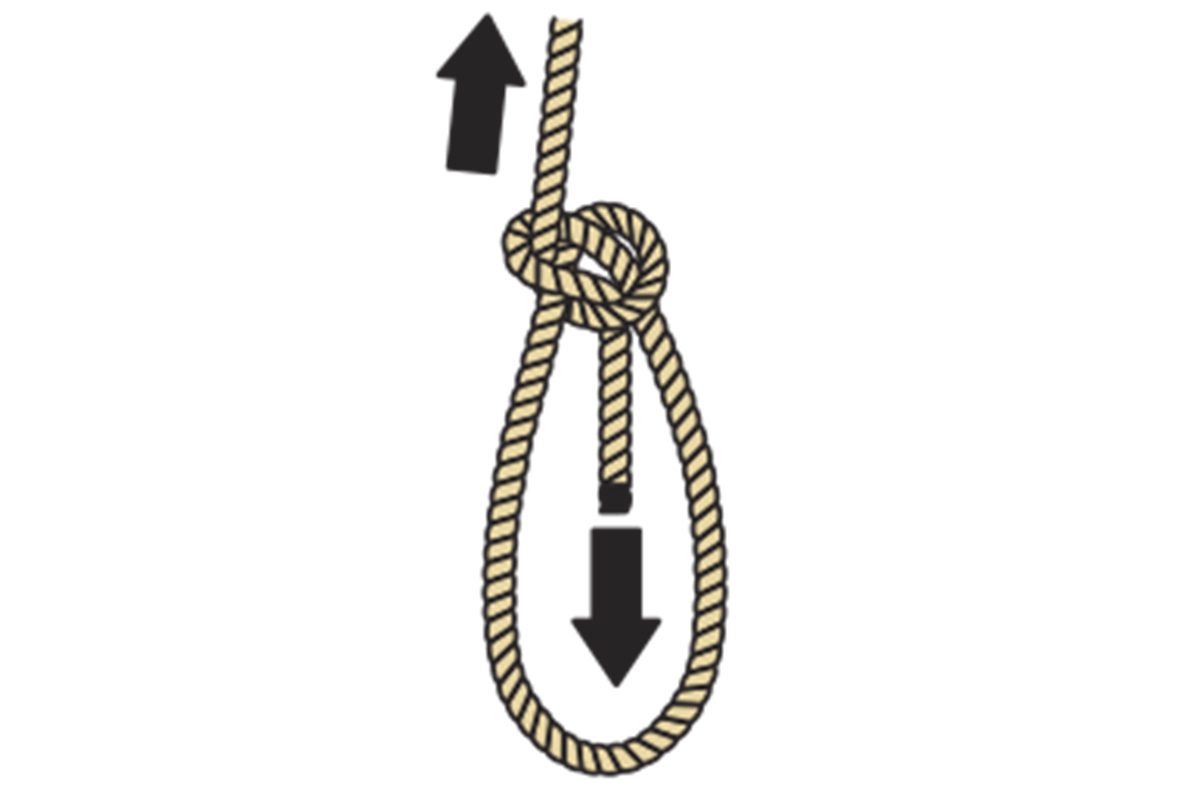 Pull tight on both ends. (Your knot should look like a mini life jacket.) Illustrations by John MacNeill

New Englanders, more than anyone else in America who doesn’t still fly the Confederate flag, are a grudge-bearing people. We’re uniquely suited to it. We have a profound sense of our own history, which is basically a long list of grievances, and thus are comfortable living at least part of our lives in the past. We’ve spent a great deal of time groveling before petty and vengeful gods and their earthly representatives, and we relish the opportunity to pass some of that misery along. We have a flinty spirit and a tenacious work ethic that doesn’t let up until the job is done. Plus, we’re cold all the time.

All of this adds up to an uncanny sense of commitment. From the initial screwing-over to the day our immortal souls sink forever into the sulfury depths, we remain faithful to our grudges. We attend to their needs over our own, and always leave space for them in our hearts, our thoughts, our bones. Because holding a grudge is not a sprint; it is a feat of endurance. The pain of pursuit is dulled only by the constant repetition of a simple mantra: I will get you for this. I will get you for this. And someday you just might. —J.K.

The best of New England’s generational wisdom gets handed down via our wealth of gifted writers. Here, an abridged cheat sheet of old and modern classics by homegrown authors you can turn to for inspiration and insight into, you know, our collective psyche and whatnot. —M.H. There comes a time in every New Englander’s development when brandishing one’s educational pedigree would be advantageous. Perhaps so-and-so’s wife went to Groton, too, and bonding over Third Form Latin is just what you need to get into the club. Could be you’re quite shy—invoking MIT less as a brag than as a plea. Or maybe you’re simply a pompous (read: insecure) ass, prone to leaning on your elite credentials. The reason is unimportant. What matters is how you finesse the drop. Herewith, a few moves to keep in your repertoire. –Kara Baskin

The Metonymy Two-Step: Lobbing an Ivy League privilege-bomb outright (“I went to Yale!”) feels at best unseemly, and at worst witheringly common in its boorish directness. Better to work the mention in obliquely, preferably from an unthreatening buffer zone of at least two removes—an associated club, a campus haunt, even the town itself—lest innocent onlookers find themselves blinded by ivory light of such startling magnitude. “Back in New Haven…” gets the point across clearly, yet far more charitably.

The School-Mascot Mazurka: Graduates of elite liberal-arts schools are harder to find in a crowd because, well…naturally, there are fewer of them. That’s why it’s best to accessorize with subtle reminders of your academic glory days: sticker on the Jeep, ragged sweatshirt when out running, and an alumni magazine casually tossed on the coffee table all send the right message.

The Trapped-in-Time Tango: Hallmarks of this behavior include concocting “Class of 2002” Facebook groups, tagging sprees on Throwback Thursdays, and “checking in” at impromptu reunions. (Typical caption: “I love these people!”) However, do this only in moments of extreme vulnerability, lest you appear needy or, worse, forget to untag yourself in a bad photo.