After a 13-month hiatus and over $1 million spent in restoration, the old-time cinema has been resurrected. A BEFORE AND AFTER SHOT OF FRONT EXTERIOR OF THE FINE ARTS THEATRE PLACE. PHOTOS PROVIDED.

The city of Boston has its fair share of iconic and historic landmarks (Fenway Park, Paul Revere’s house, pretty much everywhere Keytar Bear‘s been, etc.), but now a celebrated gem out in the ‘burbs is getting some extra love.

The Fine Arts Theatre Place, the classic cinema in Maynard, Mass., that’s been around since the 1940s, has been undergoing a $1 million restoration. The building has been gutted, reconstructed, and refurbished over a period of 13 months, and it will open back up to the public this month.

Owned by the Coughlin family for most of its lifespan, the cinema is a staple in the town, and is one of those cinemas that thrived with its vintage mid-20th century atmosphere. Its the kind of place that’s just too rare to come by in the age of IMAX venues and AMC chains. In the past few decades or so, however, the Fine Arts Theatre wasn’t getting the TLC it needed.

“It was bad,” says Steve Trumble, the cinema’s newest owner. “It couldn’t just be patched up. We gutted the whole thing. The plumbing was bad, electric was bad, the roof was leaking. I bought it in 2013 and closed it right after.”

Trumble, a Sudbury native, sunk a boatload of his own funds into restoration, but the Fine Arts Theatre is an investment for the community. “I went there when I was a kid, and stopped coming because I thought it was unsafe. I remember exactly where I sat when I saw my first James Bond movie,” he said. A BEFORE AND AFTER SHOT OF THE LOBBY AT THE FINE ARTS THEATRE PLACE. PHOTOS PROVIDED.

While sticking to his vision of combining restoring with revamping, Trumble stayed true to the retro, vintage, 1950s vibe that makes the cinema so great. He kept the old-school popcorn machines, the theatrical red curtains that open and close over the screens. While the cinema has gone completely digital, the theater’s old projector cameras are on display. The employees are mostly local high school kids.

Of the three theaters in the building, two are currently finished. The largest theater, Theater 1, boasts over 400 seats. The Fine Arts Theatre will undoubtedly show new releases, but Trumble is quick to assure that one of the three theaters will be reserved for screenings of movie classics and throwbacks. The first on deck is Saturday Night Fever.

“I have four businesses, and [I’ll say] nothing has given me more pleasure than doing this,” Trumble says. Others in the movie business who were looking to buy the theater told him he was crazy for doing this. They said it wasn’t worth it.

He added, “But sometimes it’s crazy people in the world that have to change it.” 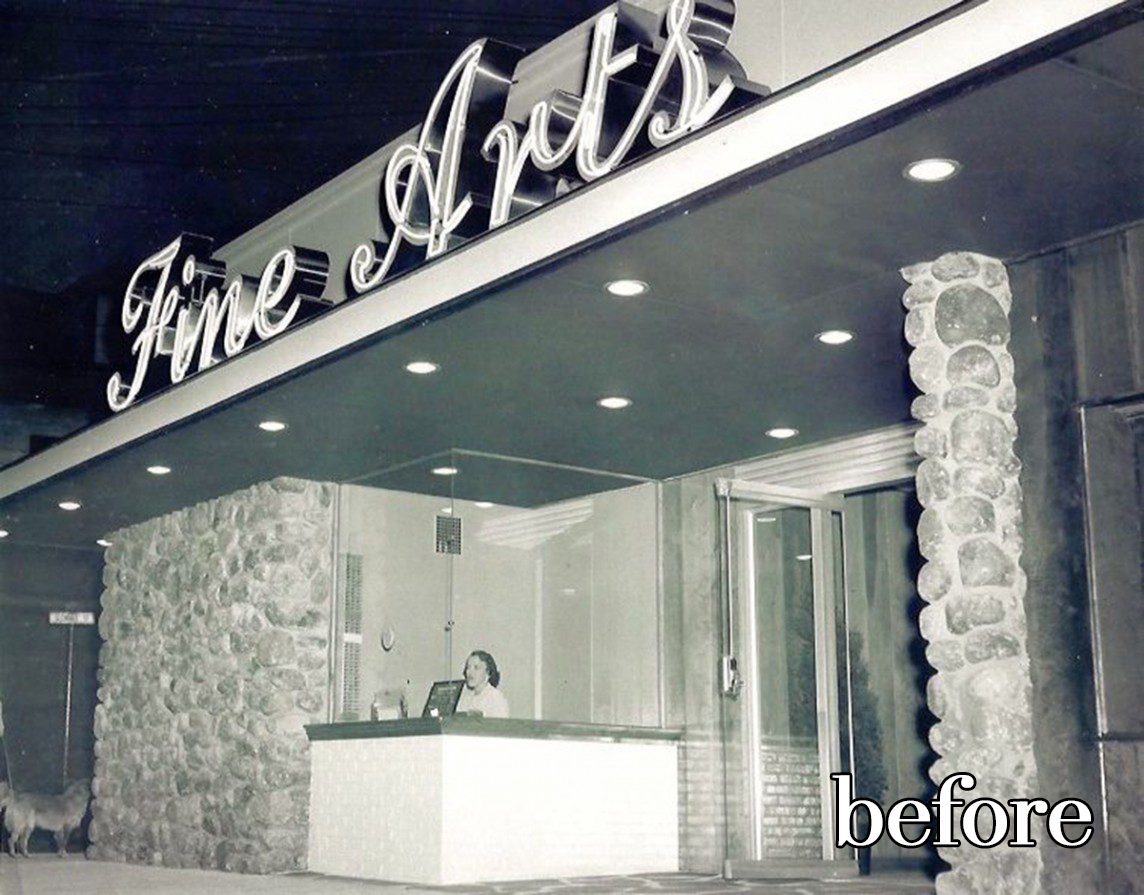 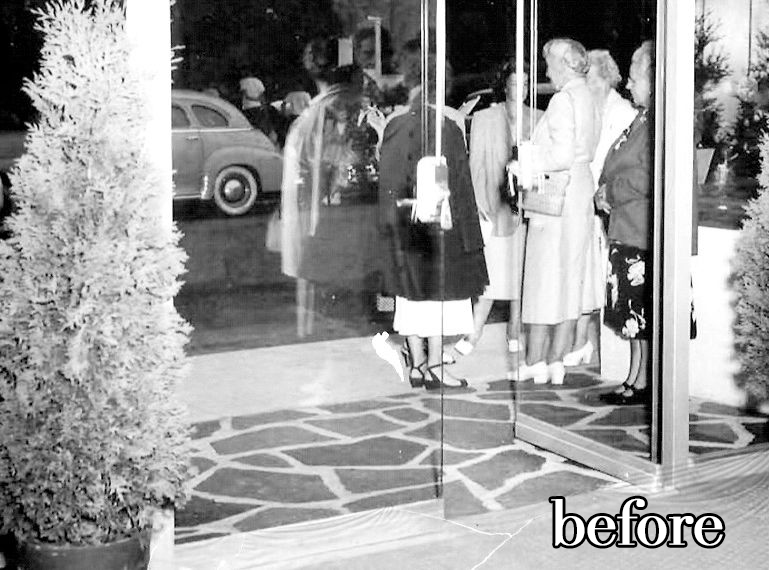 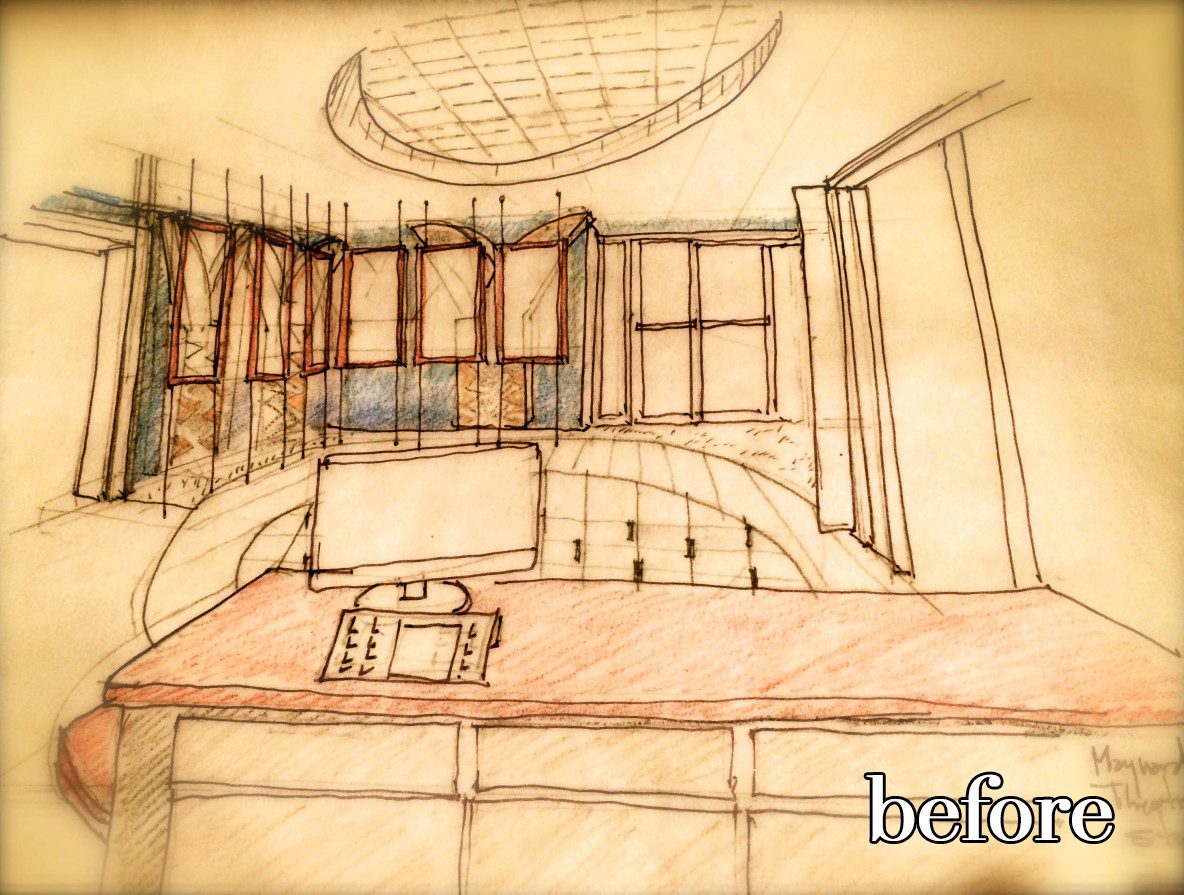 An early concept for the renovated lobby.Photos provided 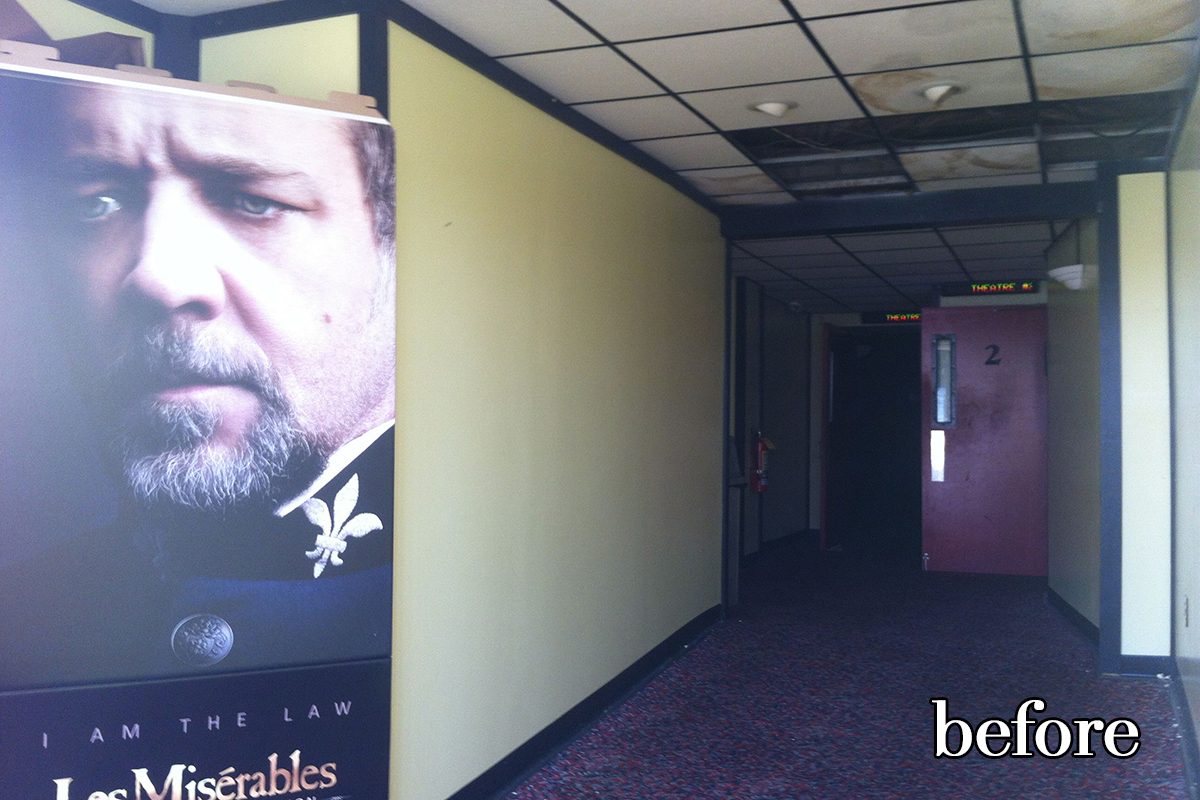 The before shot of the hallway.Photos provided 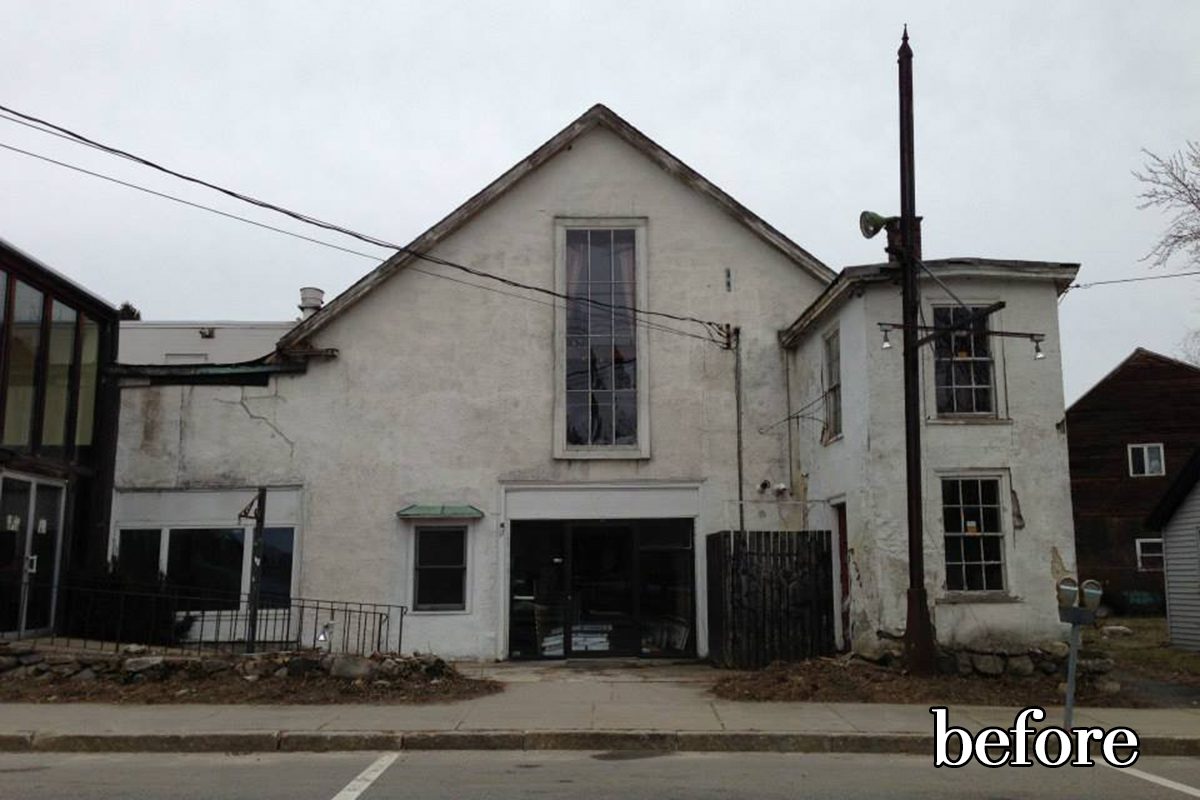 A before shot of the right side of the theatre.Photos provided 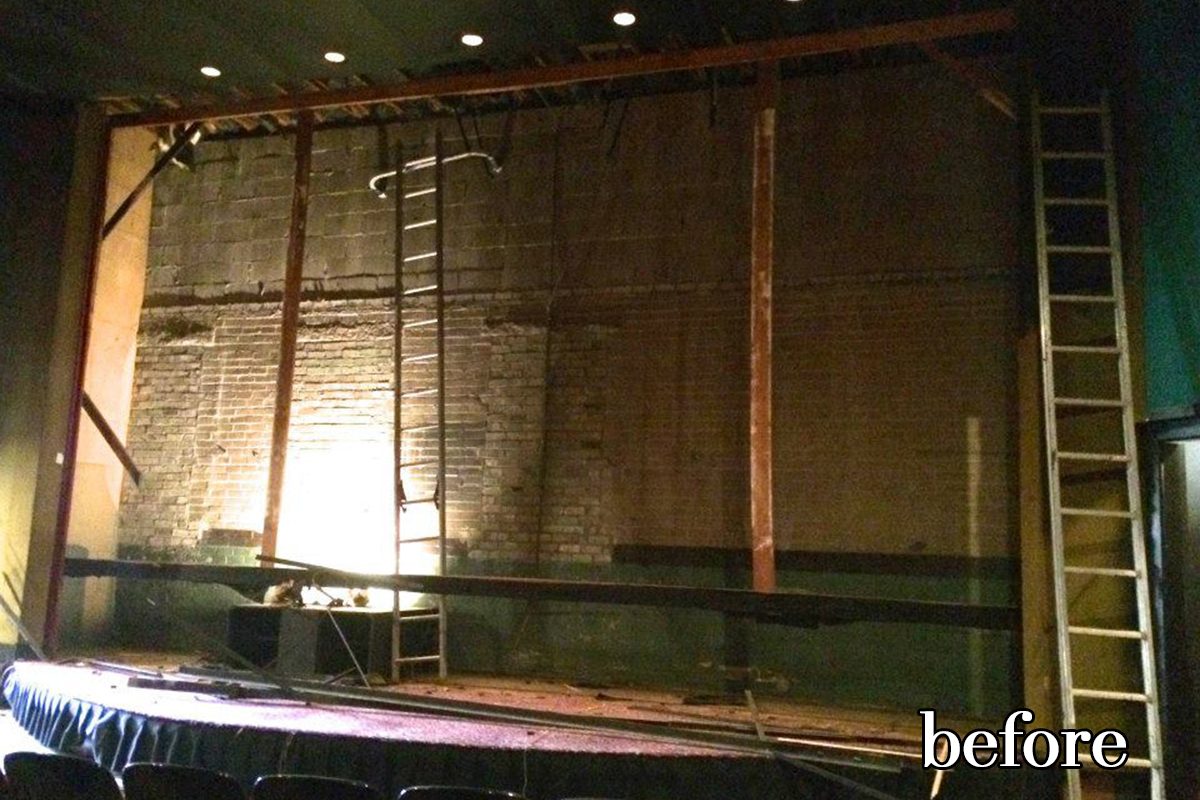 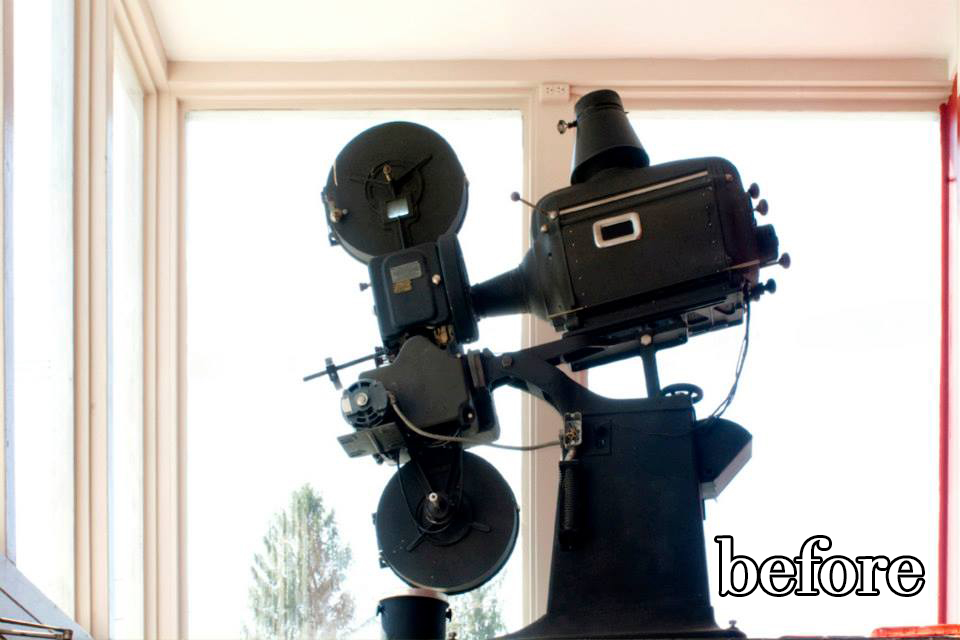 A classic movie camera is on display.Photos provided

The finished result of the main theater.Photos provided 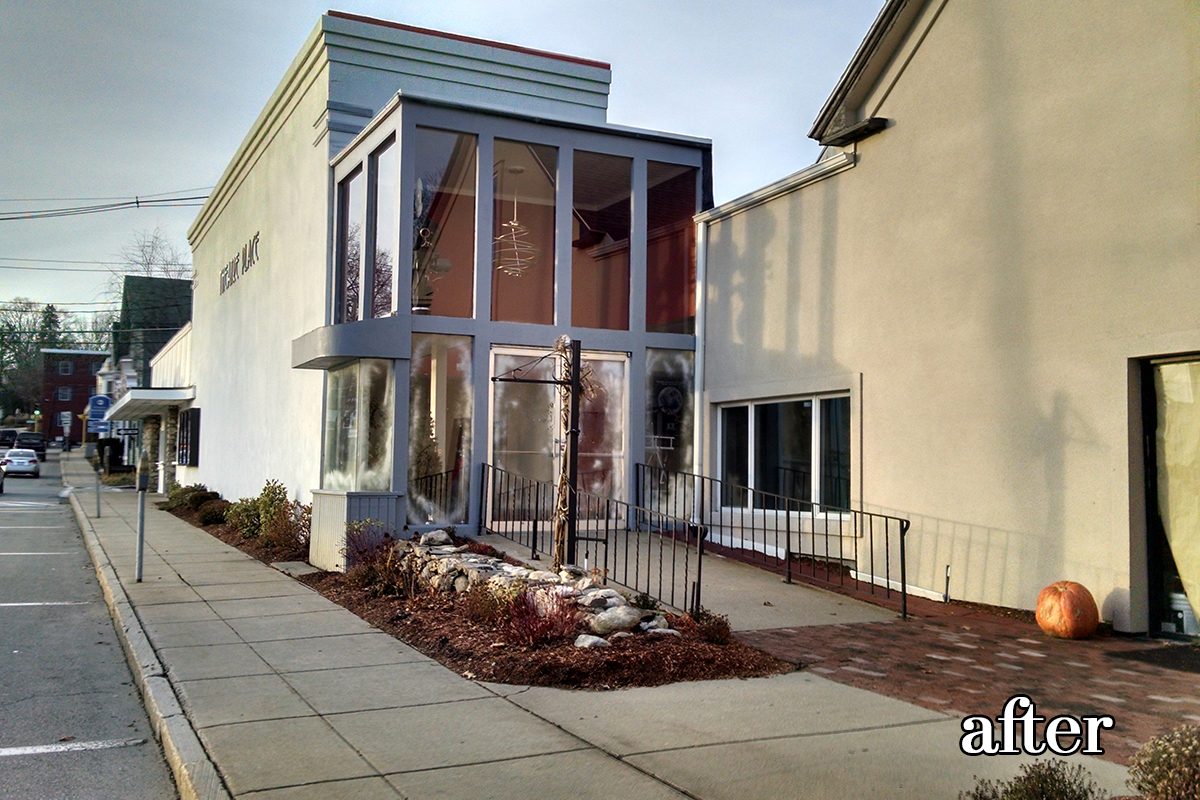 An after shot of the side entrance.Photos provided 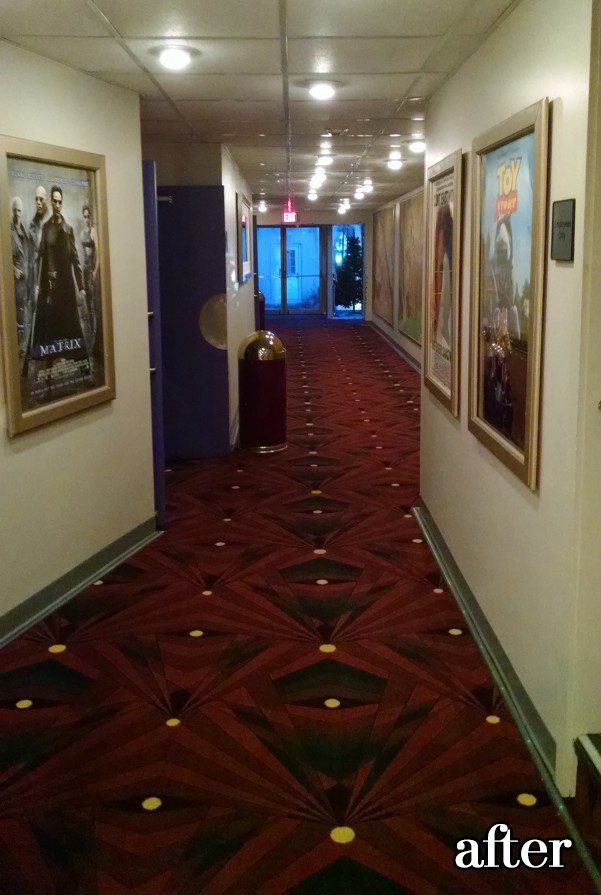 The finished result of the hallway.Photos provided 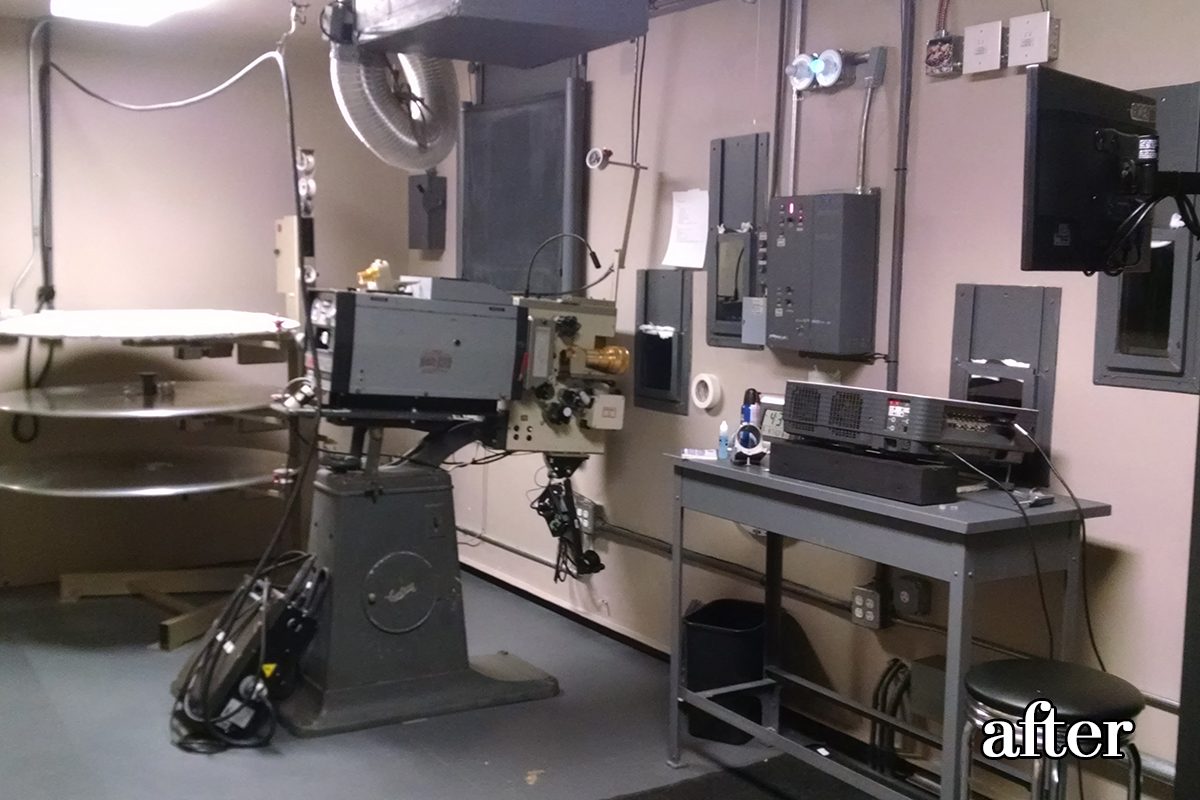 Inside the projector room.Photo provided 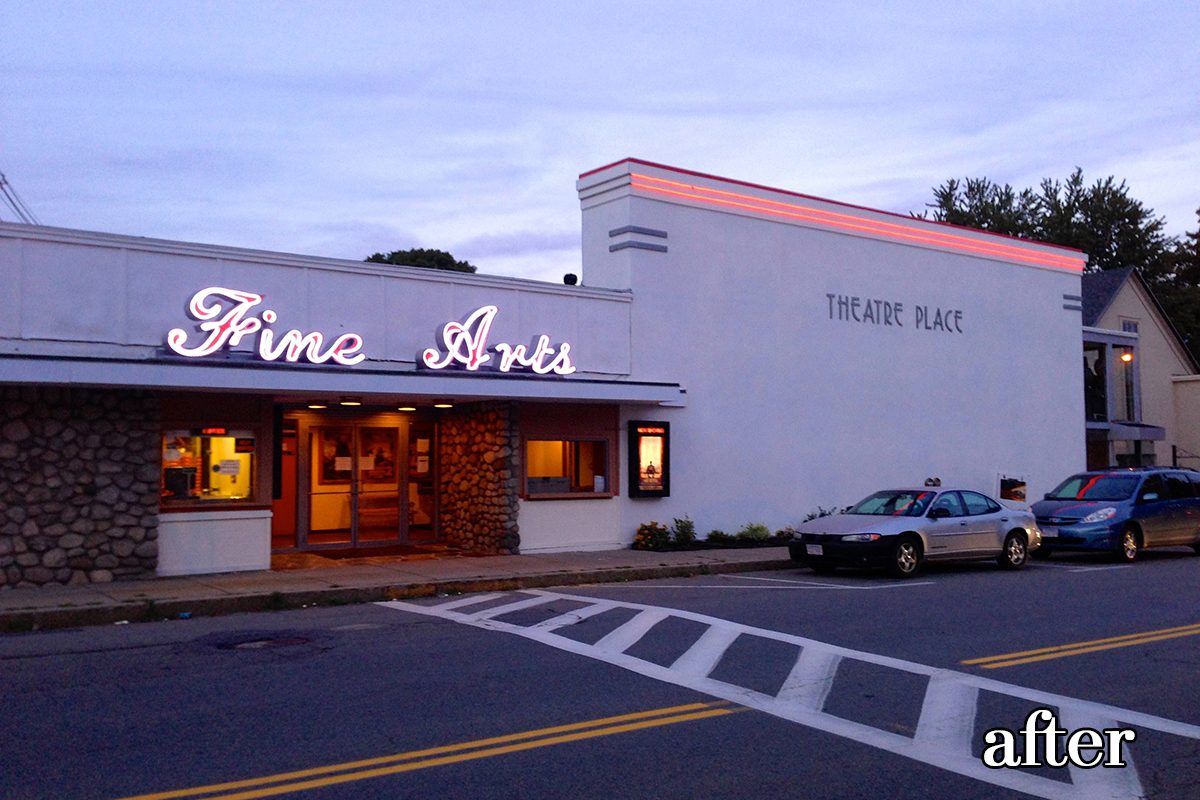 A final image of the restored signage.Photos provided