10 Pretty Maps of Boston and Massachusetts

They're not all functional, but they sure are fabulous. 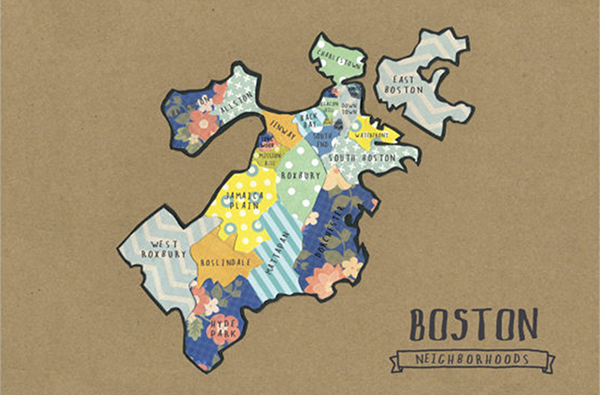 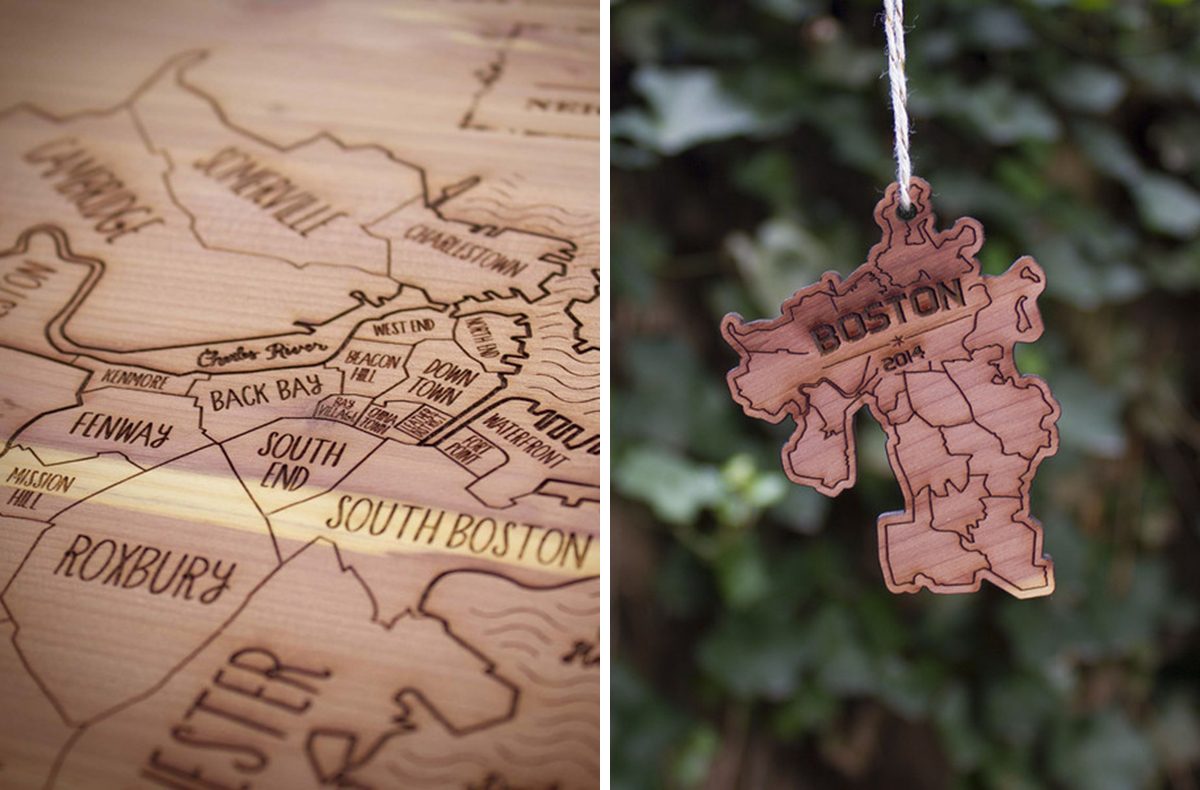 You can buy Boston "Neighborwood" maps in the form of full-size maps, keychains, necklaces, coasters, and more. Find them locally at Olives &amp; Grace in the South End, or order online. WebsiteImage via Neighborwood Maps 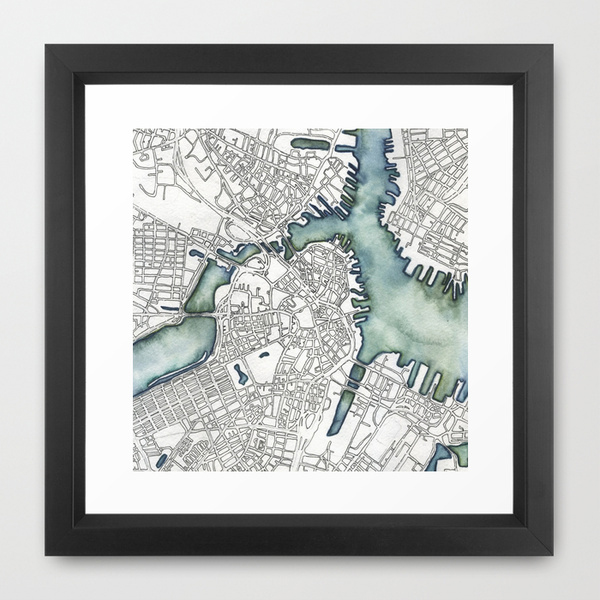 Garfield originally made the above print for the 2012 holiday season. Now on Etsy and Society 6, you can find her maps printed on iPhone cases, T-shirts, tanks, throw pillows, tote bags, and more. Website | Etsy | Society6Image via Society6 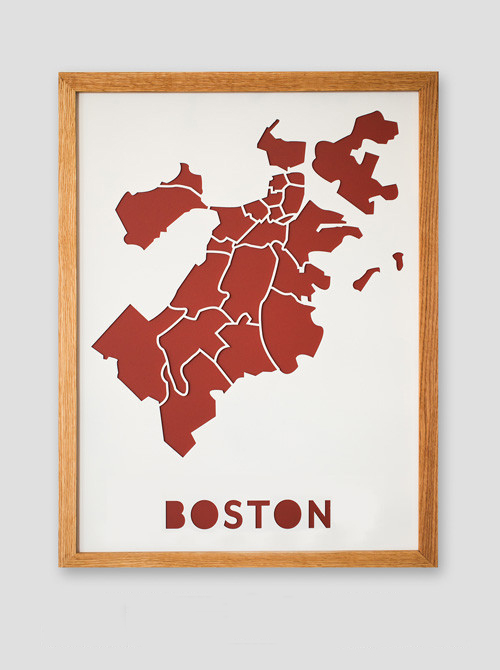 While most of the Drop-Cuts only show negative space, the Deluxe set outlines Boston neighborhoods in "Beantown Brick" and "White" hardboard and oak. WebsiteImage via PopChartLab 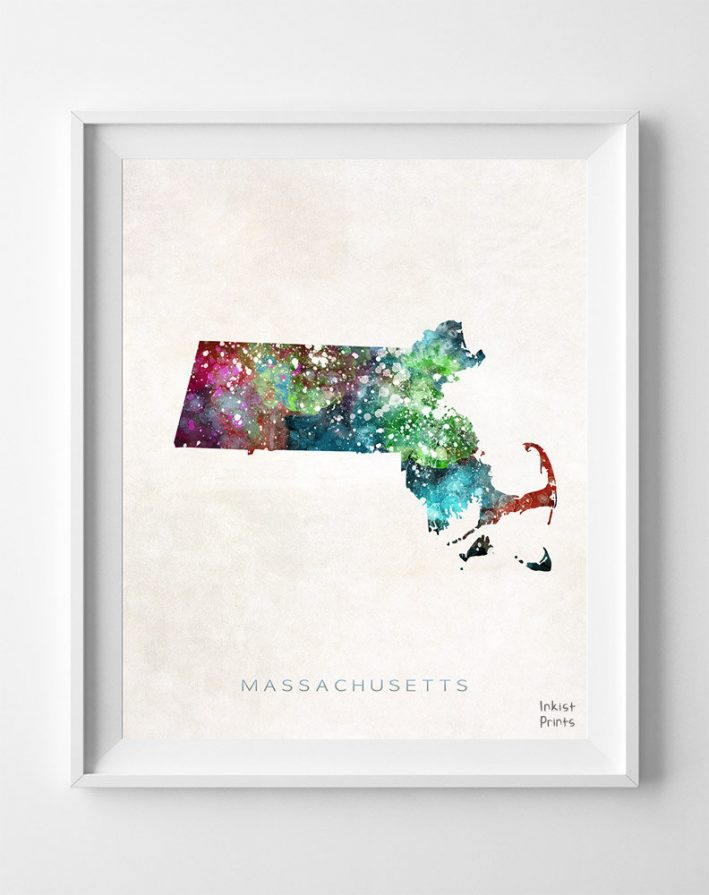 Inkist takes your run-of-the-mill outline of our fair state and fills it with splashes of color that—in this case—is reminiscent of the cosmos. EtsyImage via Etsy 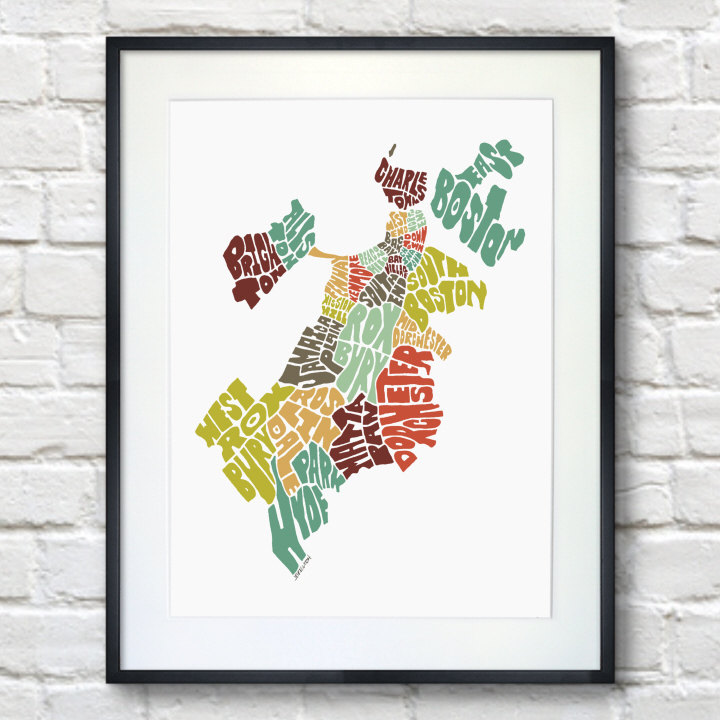 These maps take freeform type and stuff the characters into their respective neighborhoods. EtsyImage via Etsy 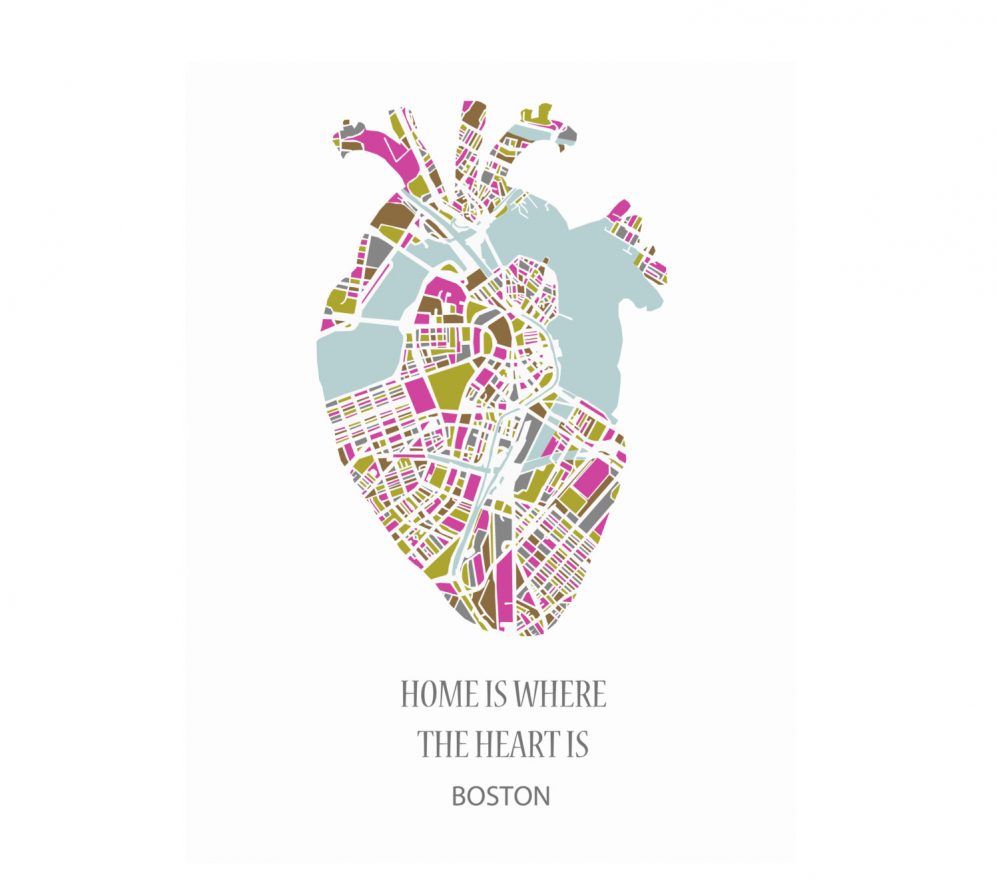 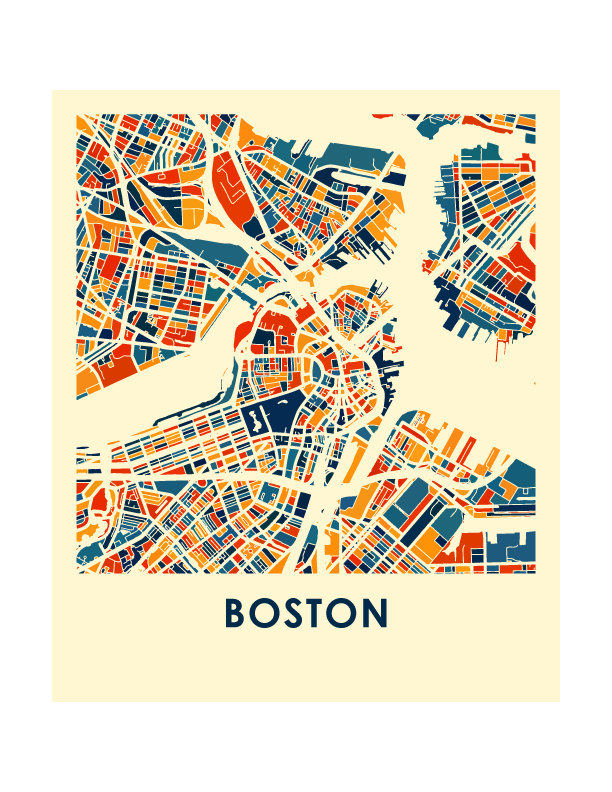 The data for this map was collected from OpenStreetMap. EtsyImage via Etsy 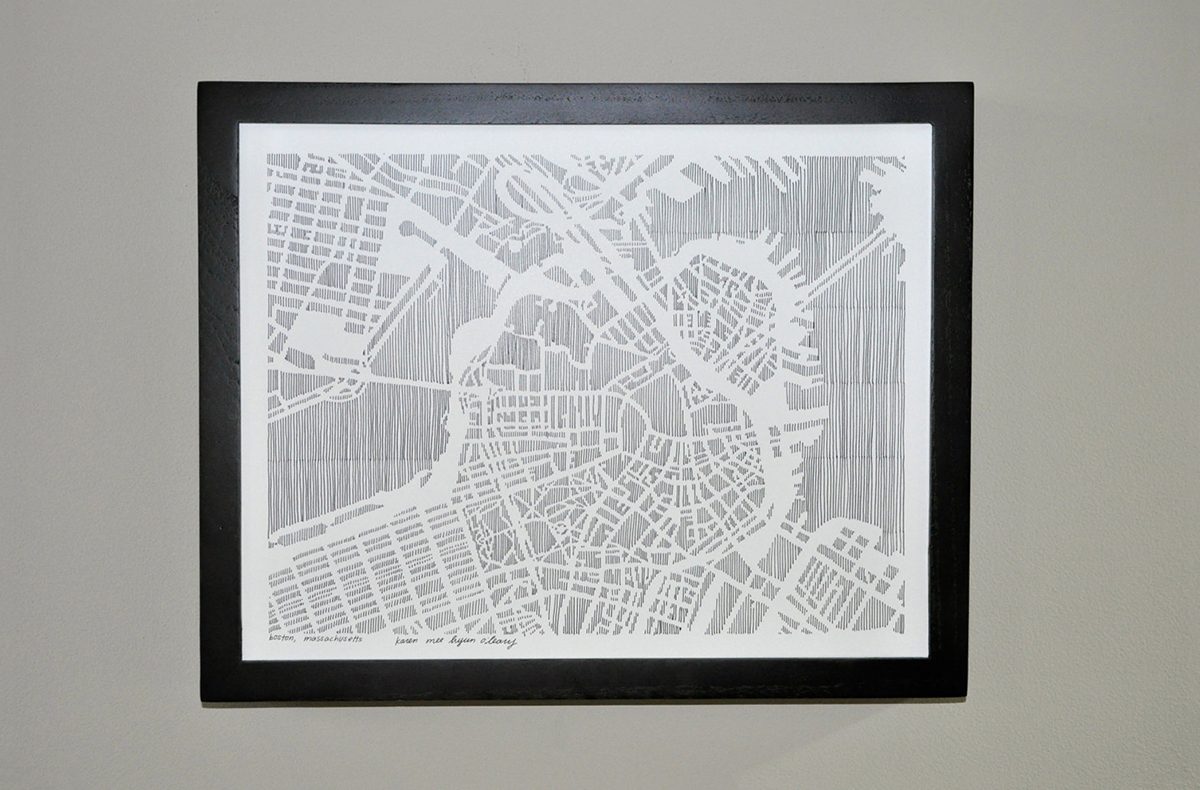 Black and white and stripes all over. EtsyImage via Etsy 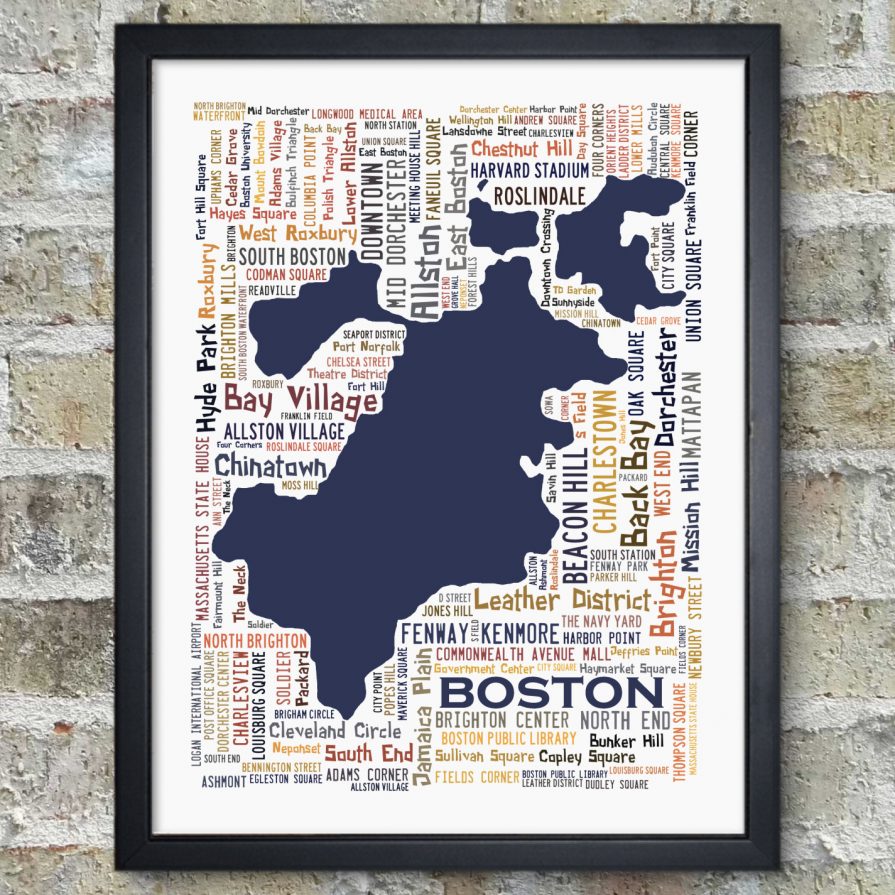 And finally, another type-centric outline of Boston. EtsyImage via Etsy