Archivist Marta Crilly shares all sorts of gems from our fair city's history. Dewey Square in 1901. See more historic photos of Boston below. / via City of Boston Archives

Follow Friday, At a Glance
Connect with the City of Boston Archives on social media:

With the contents of not one, but two Boston time capsules revealed in the last year, the public now has a refreshed appreciation of the city’s fascinating history. To continue satisfying that craving for Boston-centric nostalgia, look no further than the City of Boston Archives.

The team has two big digitization projects going on, and Marta Crilly, Archivist for Reference and Outreach, frequently posts fun glimpses of historic Boston on social media. Here, Crilly discusses the Archives’ work and shares favorite photos from their collections.

How many people run the City of Boston Archives’s various social media accounts? How do you manage all of them?

In my role as the Archivist for Reference and Outreach, I run all of the City Archives’ social media accounts. The Archives only has a staff of four, and my colleagues help me out by sharing ideas for social media engagement and pointing me to interesting photographs and documents that they run across while cataloging the city’s records. Additionally, we often host graduate student interns who work on social media projects. So, while I oversee and plan everything, it’s certainly a collaborative operation.

The first thing I do every morning when I arrive at work is plan the social media for the day. I set up our “Treasure of the Day” on Tumblr, I check to see what we can do for #onthisday on Twitter and Facebook, and about twice a week, I find a mystery photo for Twitter and Facebook. View of Columbia Station from Crescent Ave. / via City of Boston Archives on Flickr

Tell me about the City of Boston Archives’s digital archiving. How far along are you? What’s the process?

Right now, we have two digitization projects happening. In conjunction with FamilySearch.org, we are digitizing our tax records from 1822 to 1917. This project began in April 2013, and to date, their volunteers have digitized more than half a million tax records for us. You can view the digitized tax records online.

Our second digitization project consists of our photographs. We began in 2010, and to date, we have digitized almost 9,000 photographs. For some context, we have well over 6 million paper and photographic records in the Archives. Our photographs can be viewed on Flickr.

Often, people think that digitization means that we just scan a photo or a piece of paper, but archival digitization and digital preservation is actually a much more involved process, especially if we want to make the records easy to access. We not only have to image the records, but we have to arrange and describe them so they can be easily located and viewed. For example, when digitizing our photographs, we first organize them, and then we create metadata for each photograph. We use the Dublin Core metadata standard, so we have 15 elements that we write for each image. Our metadata is written to conform to DACS, which is an archival descriptive standard. This just means that we write our metadata in the same language as other Archives across the country. Here’s an example of Dublin Core metadata for an image in this collection (shown above):

Sometimes, creating this metadata can take a lot of research, particularly if the photo has no label or date attached to it. We often date things by looking at cars, the way people are dressed, movie posters, the price of goods in shop windows, and so on. For locations, we have atlases and maps we use, and we check photos against photos that we already have. We also sometimes post a photo on Twitter and Facebook and see if any of our followers recognize the location or people pictured. After a while, you start to get a sense of what your followers like to see and what appeals to the users of different platforms. For example, I’ve found that anything that looks “vintage” does really well on Tumblr. Anything involving public transit gets retweeted on Twitter, and people on Facebook really like to share and reminisce about old neighborhood street scenes from the 1940s, 50s, 60s, and 70s.

Even though I feel I have a sense of what people enjoy seeing, I try to post a variety of images and documents. Of course, we want to post items that have a wide appeal, but even if just five people enjoy seeing an image or document, it’s worth posting. We serve a diverse constituency, and we try to post items that are relevant across our constituency.

Do certain types of images—old photos of T stations maybe?—seem to capture more interest from followers?

Our public transit photographs are hugely popular. Riding the MBTA is an experience that almost all Bostonians share, and we all love to discuss our commuting adventures. Additionally, there is a very active community of rail and street car enthusiasts who find our photographs very interesting.

Our followers are a wealth of information! If you take a look at our Facebook page, you’ll see that a lot of people reply to our posts with really interesting comments and information.

We have actually drawn on our followers’ knowledge by implementing a couple of crowd-sourcing projects for some of our collections that lack good descriptive metadata. Two particular examples are the Collins photographs and the Flynn photographs. In both of these cases, we posted a large number of unlabeled photographs and asked our followers to help us identify them, and they gave us really helpful information and tips. We think crowd-sourcing is one of the ways we can underscore the public’s ownership of our records and elevate the importance of public participation with the City Archives.

In three words, describe the voice and tone of the City of Boston Archives’s social media. Handbills via City of Boston Archives Tumblr and Flickr

What’s something about the City of Boston Archives that people might not know?

Some of our records are a little surprising. For example, the City Council used to have to approve entertainment licenses, so we have handbills for things like, “The Learned Goat” and “The Learned and Industrious Fleas” (above).

What have been your favorite things to share from the City of Boston Archives so far?

Leonard Nimoy is from the West End and as a teenager started his own photography business, which he registered with the City. Out of the blue, one day, I found his business certificate listing, while searching for something else. So, I scanned it and shared it on his birthday. People really loved it! That is probably one of my favorite things to have found and shared.

What I really love is when I share something on social media and one of our followers has a personal connection to it—it’s a photo of the street they grew up on, they were involved in whatever is pictured, etcetera, etcetera. We want Bostonians to feel a sense of ownership of our city’s public records and I love it when that happens through social media.

Here are some more of our favorite photographs: 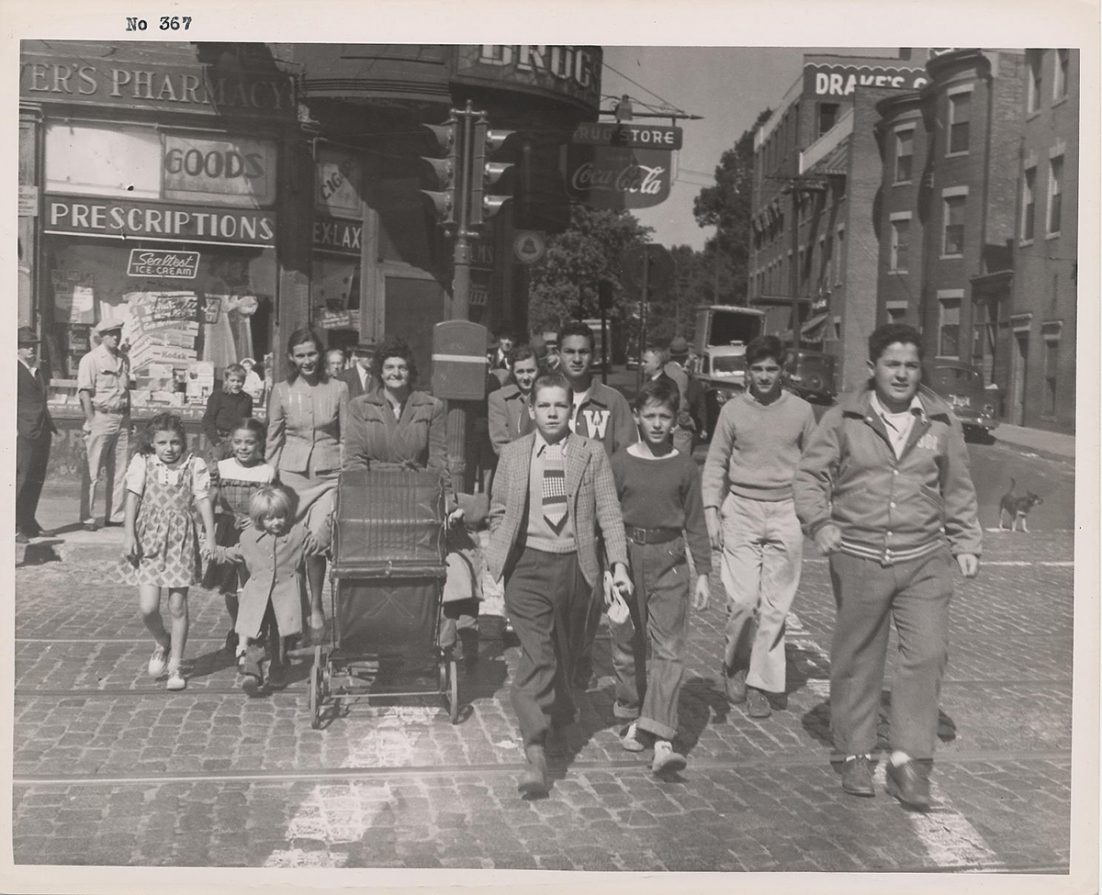 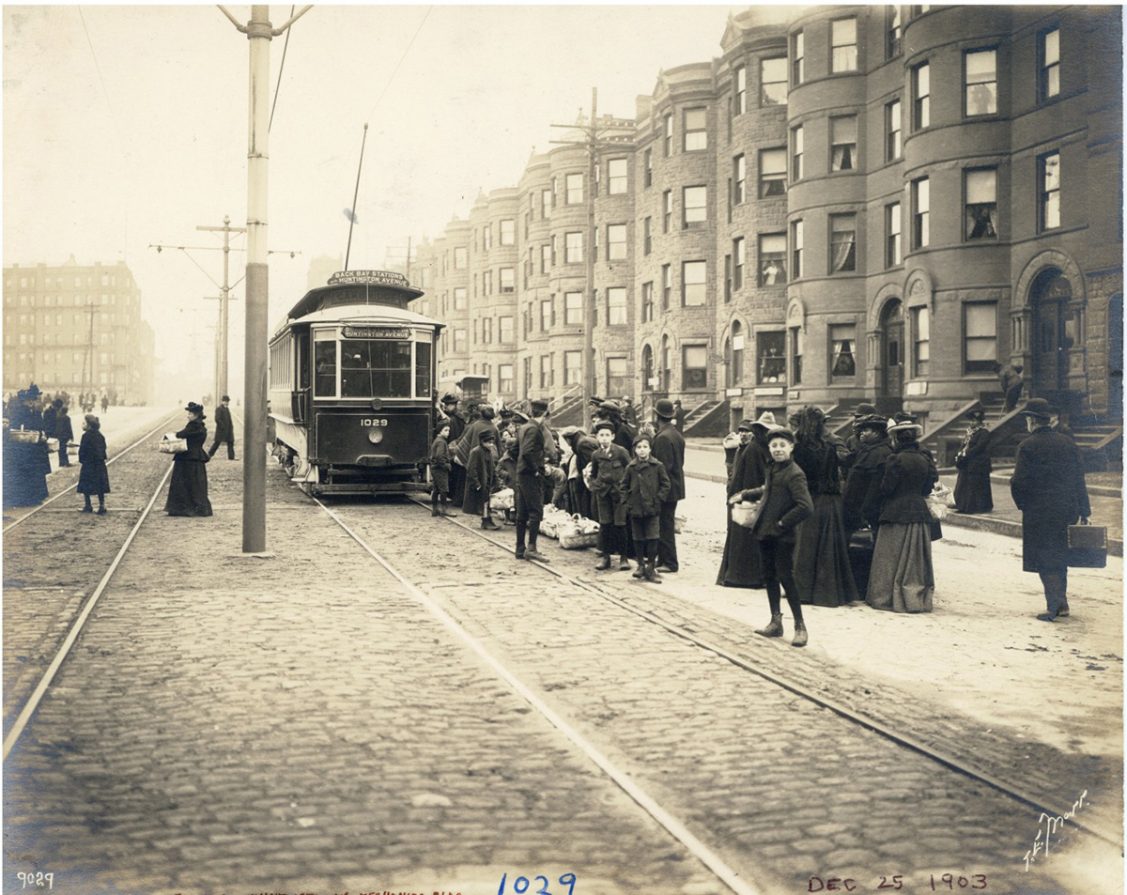 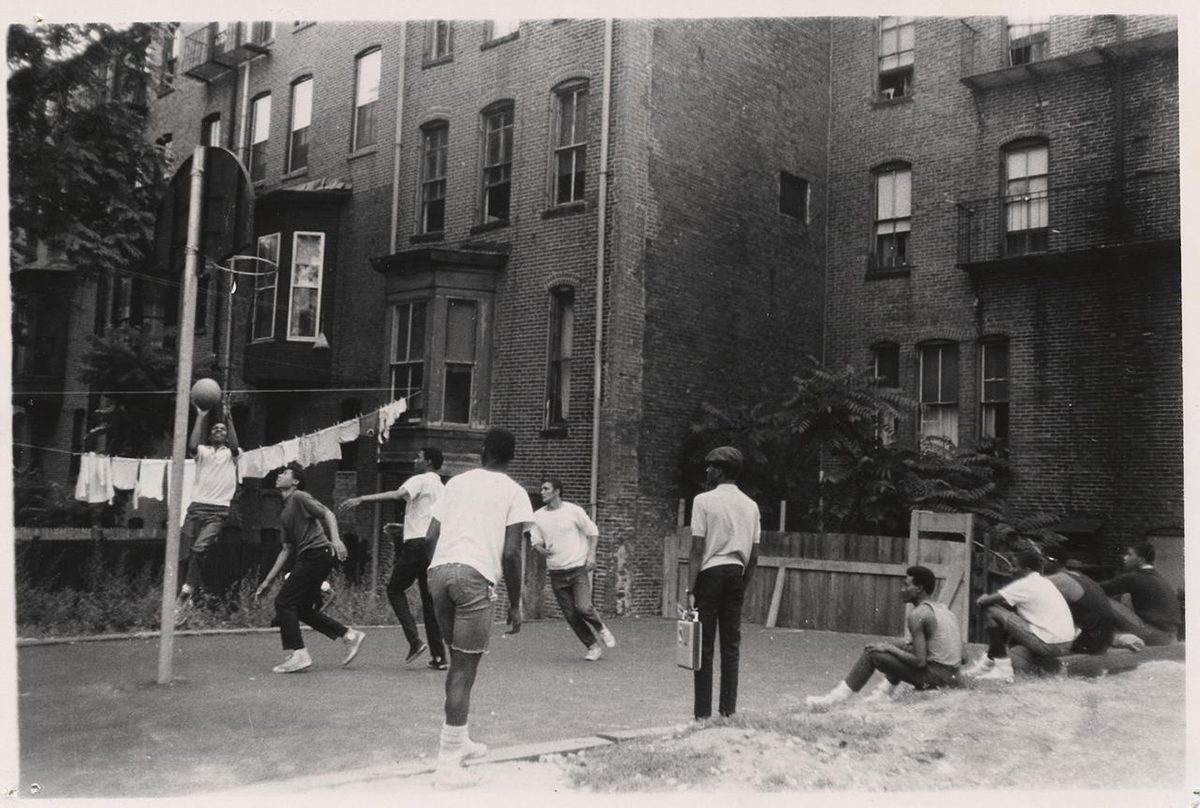 Basketball in the South End 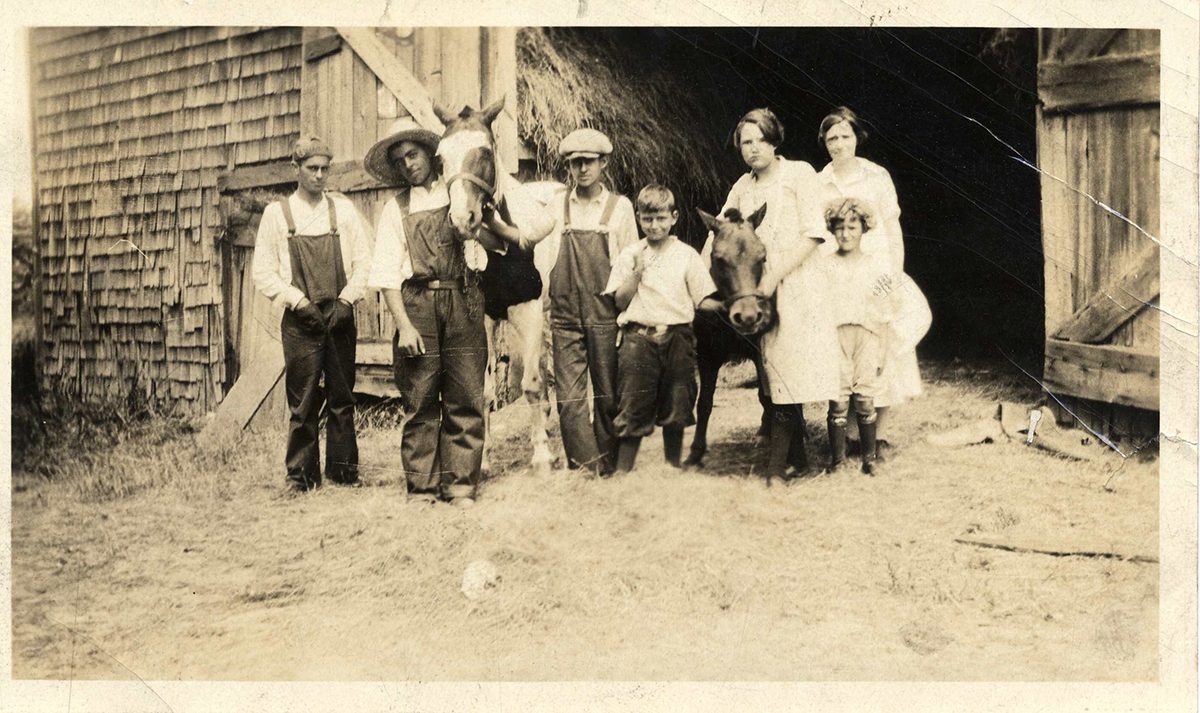 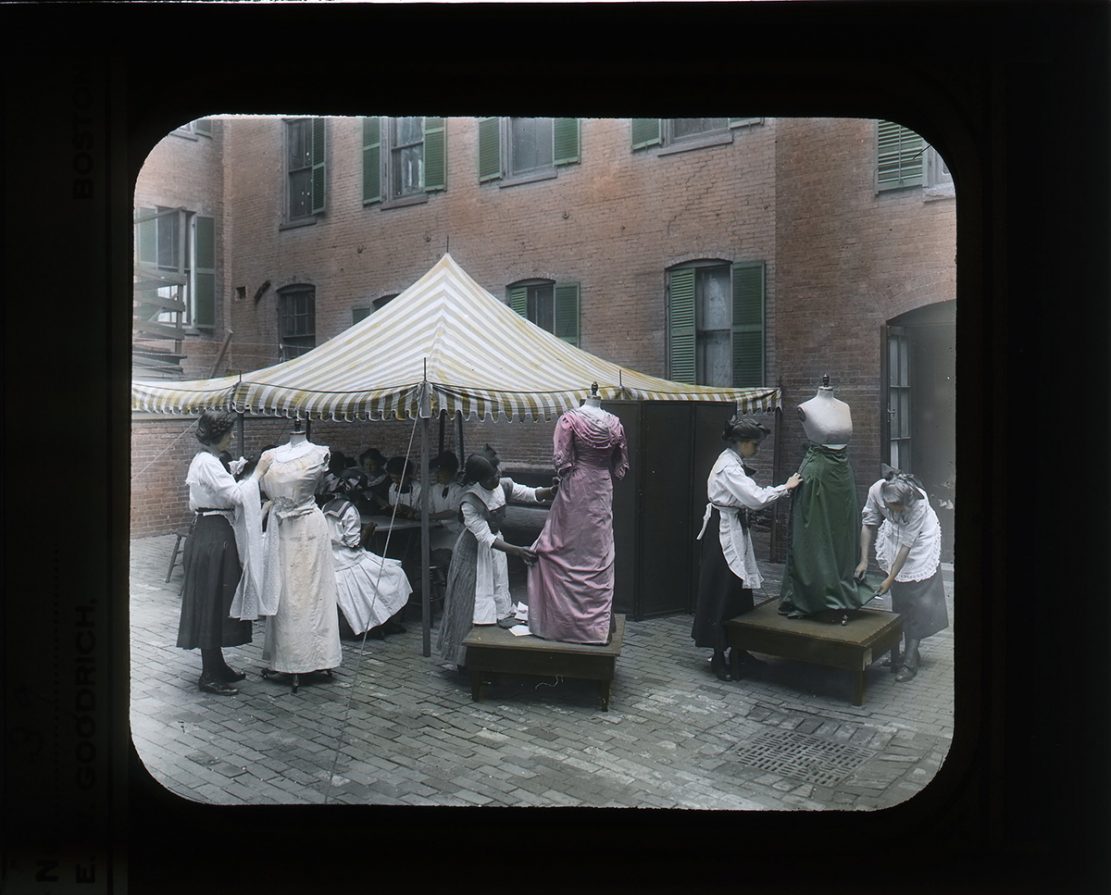 A class in Senior Dressmaking. / Circa 1914City of Boston Archives Flickr 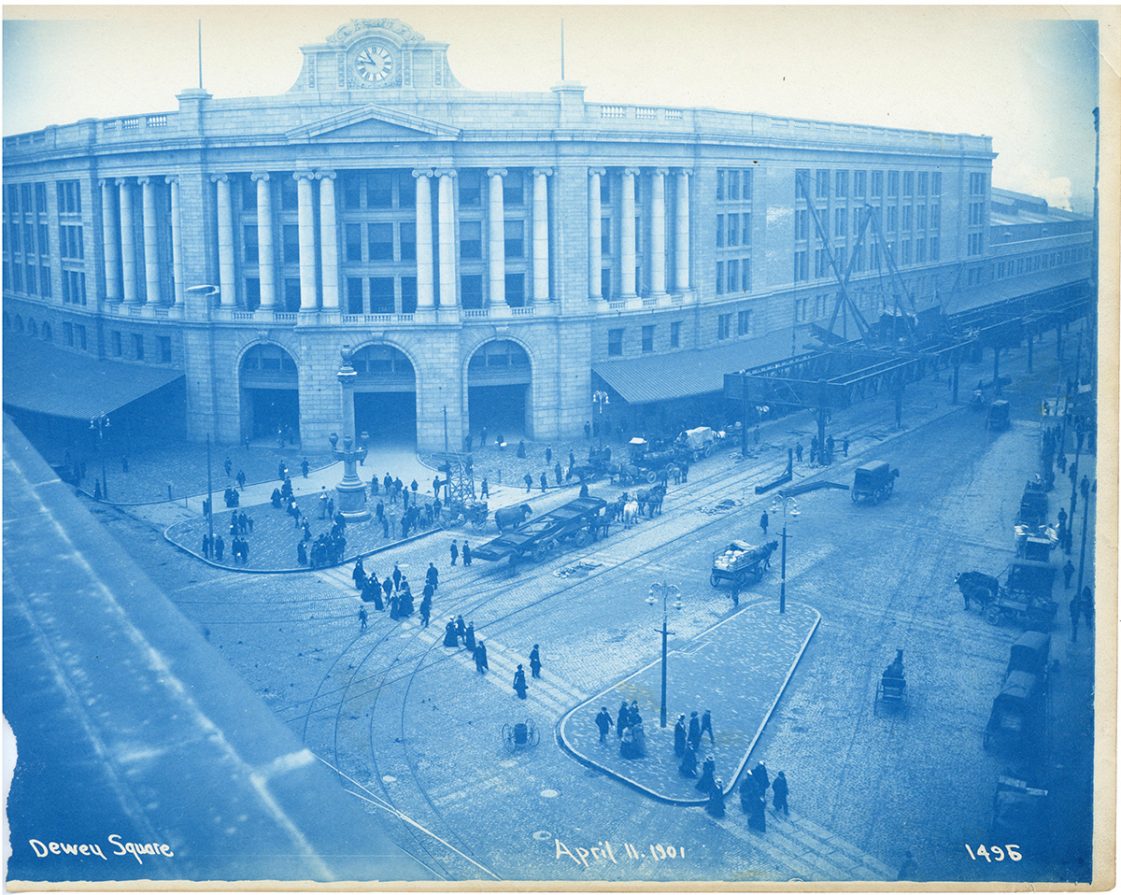 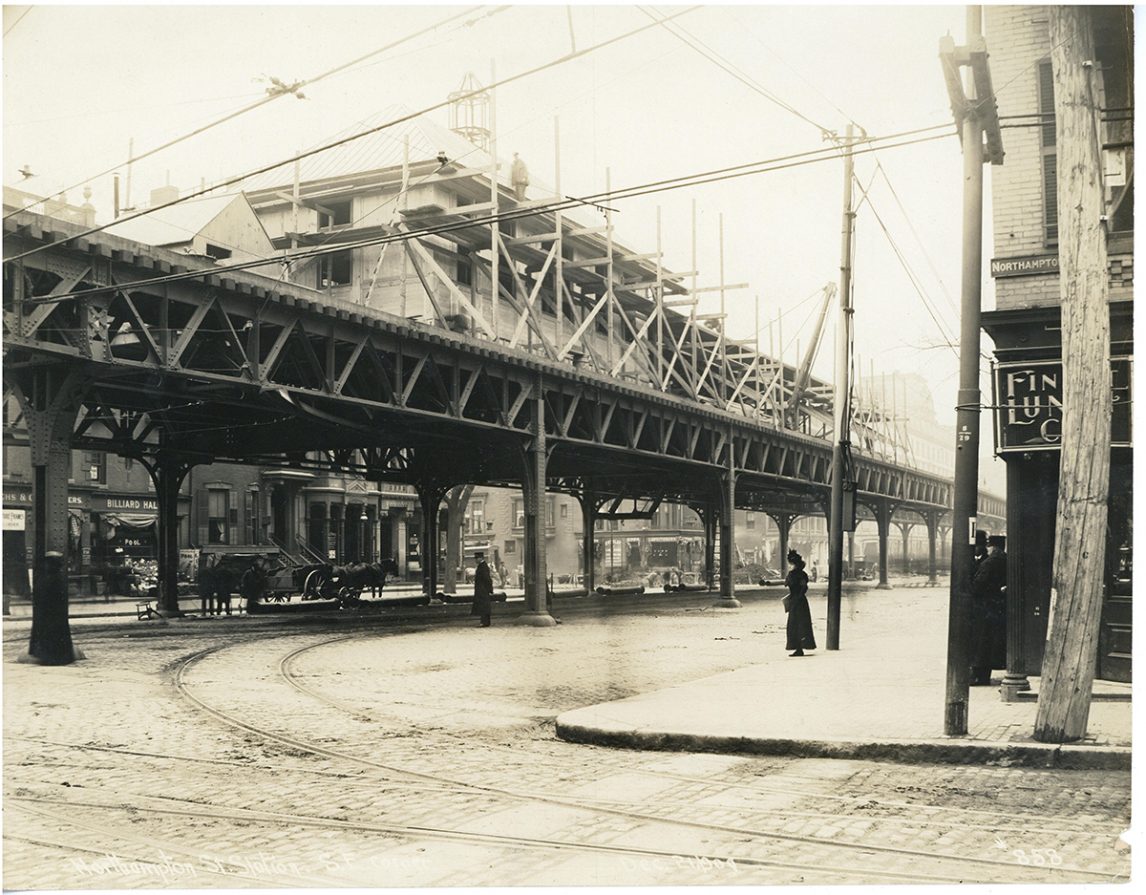 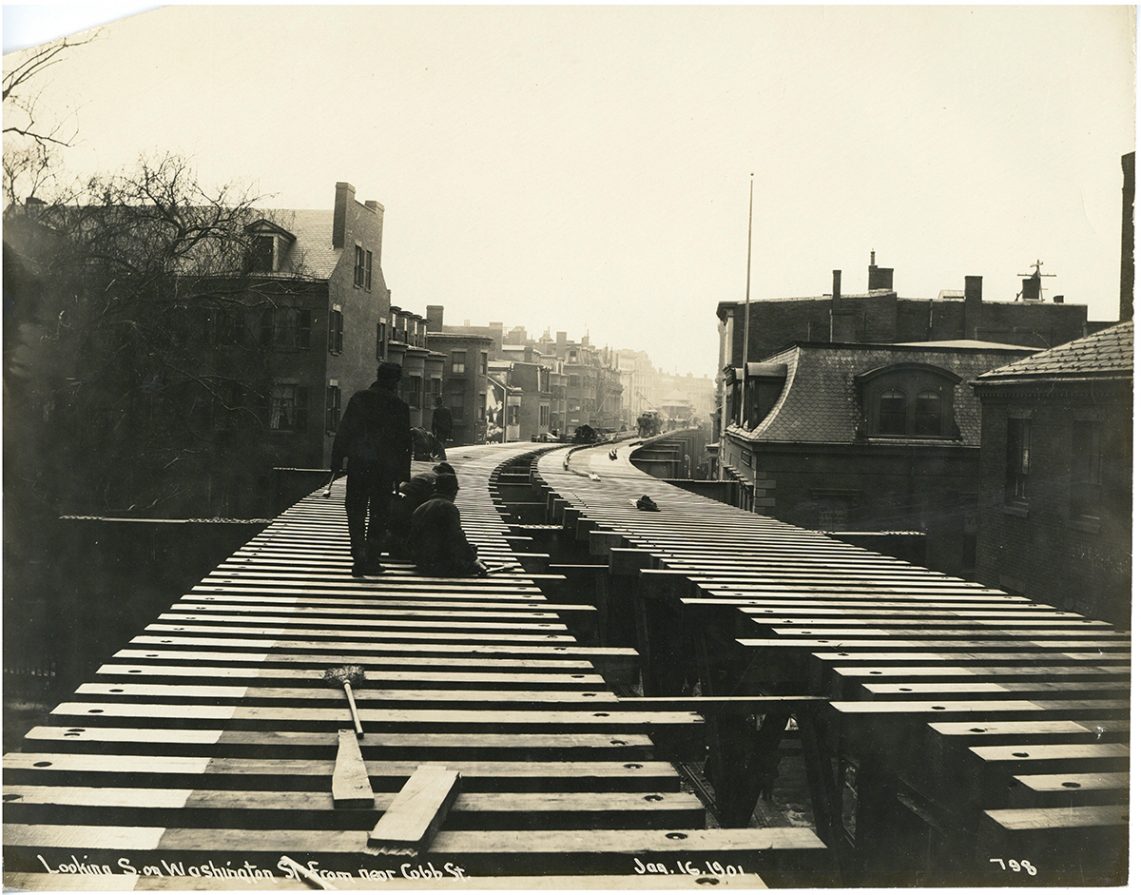 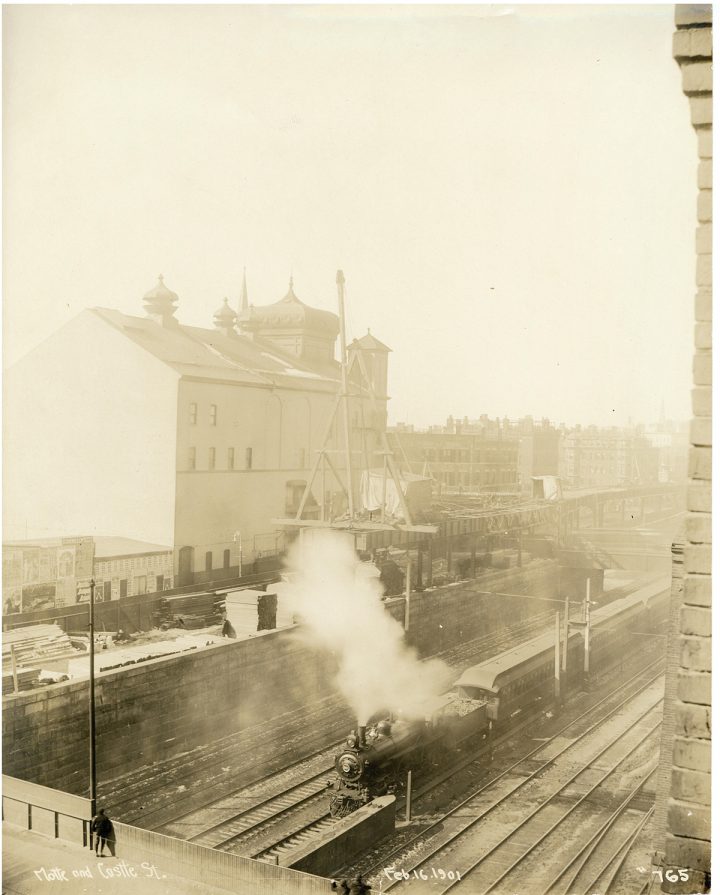 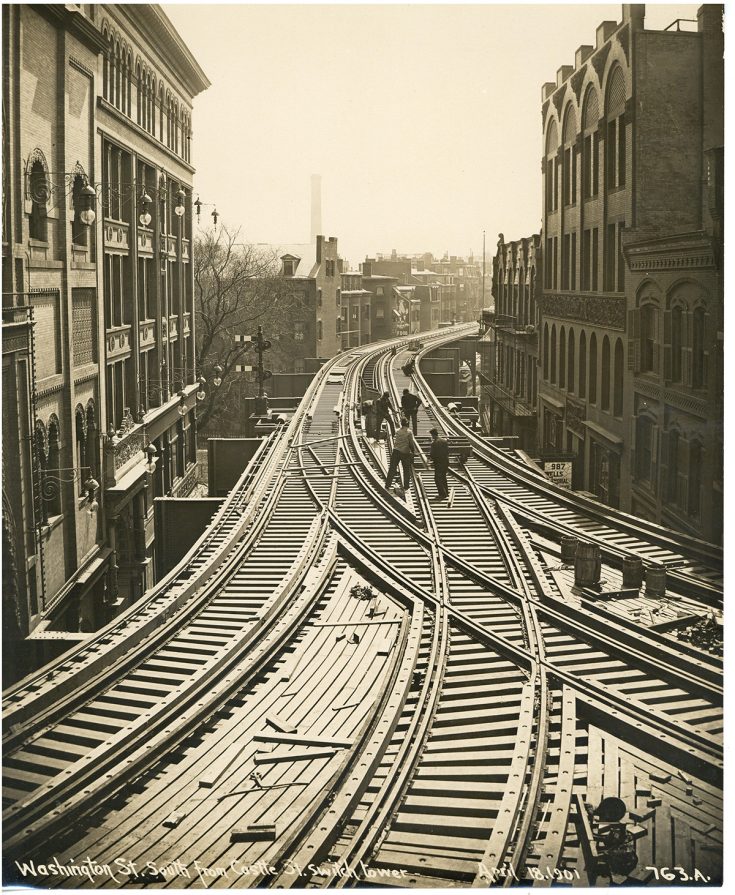