Photos: A First Look at the Renovated Boston Public Library 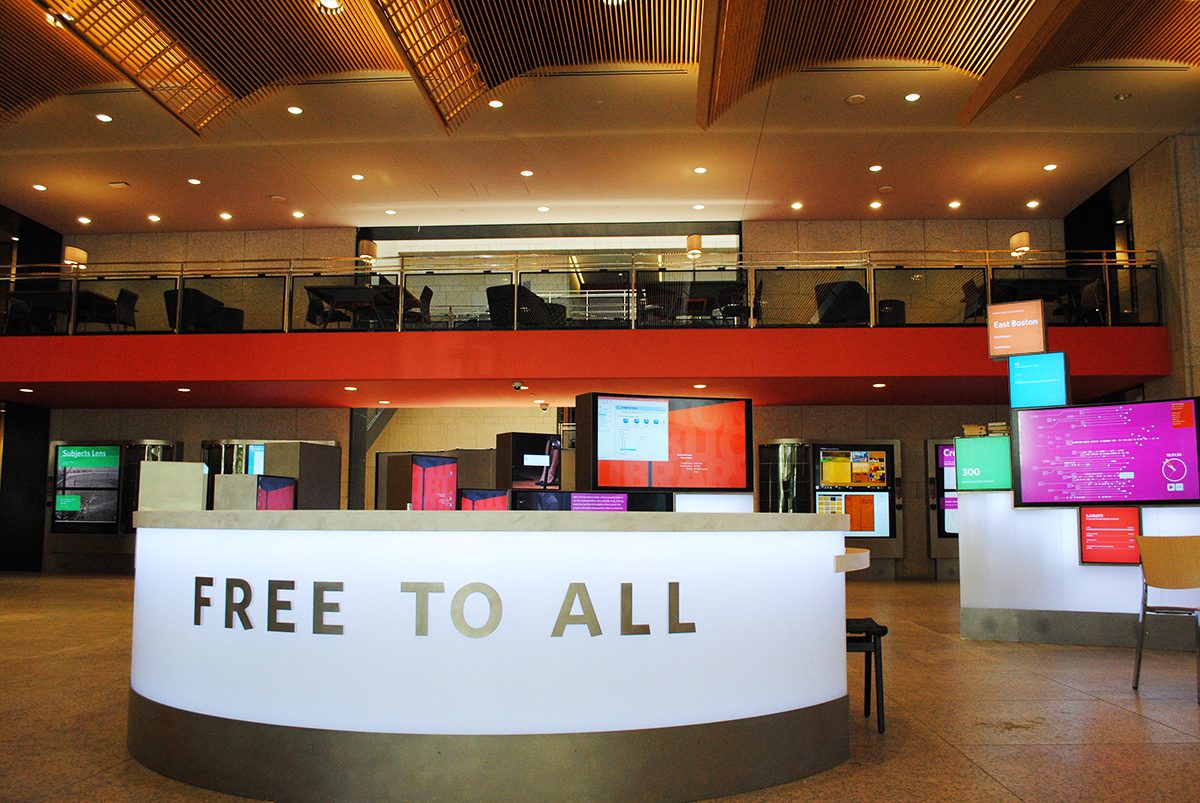 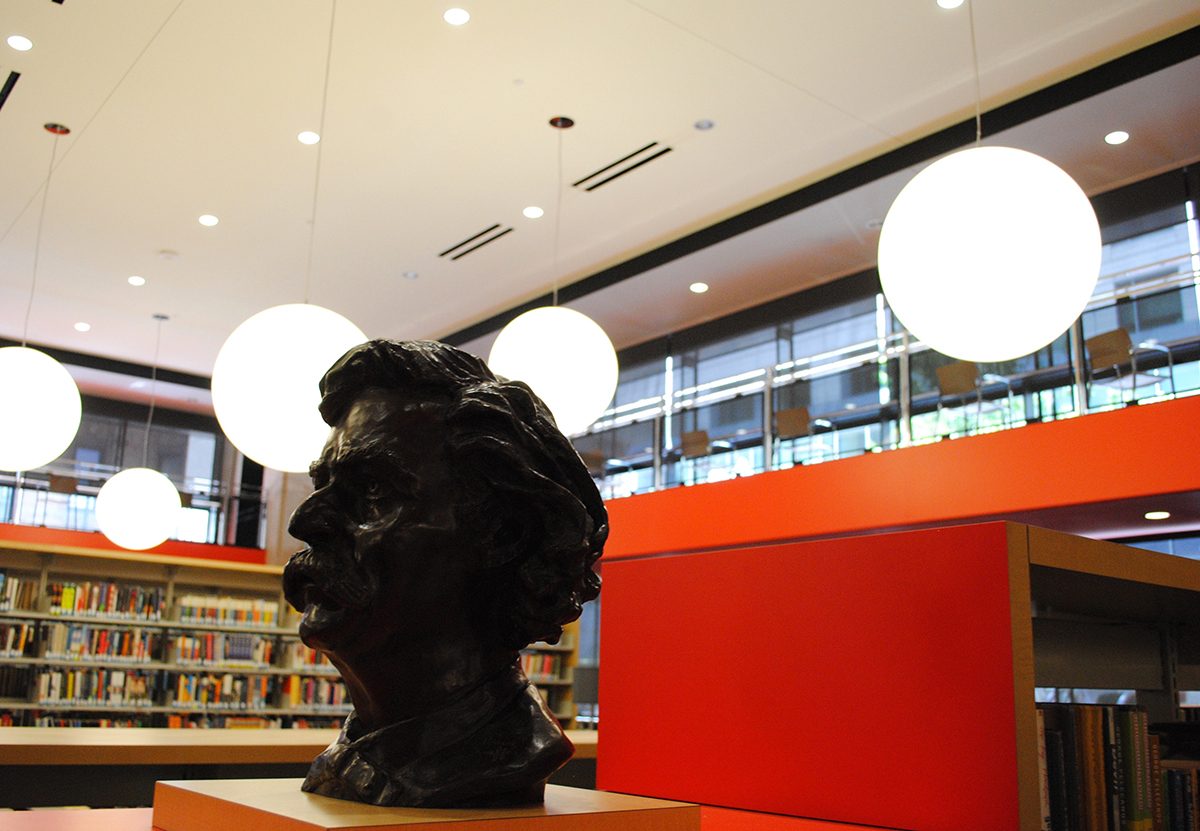 A Mark Twain bust sits among the fiction collection.Photo by Madeline Bilis 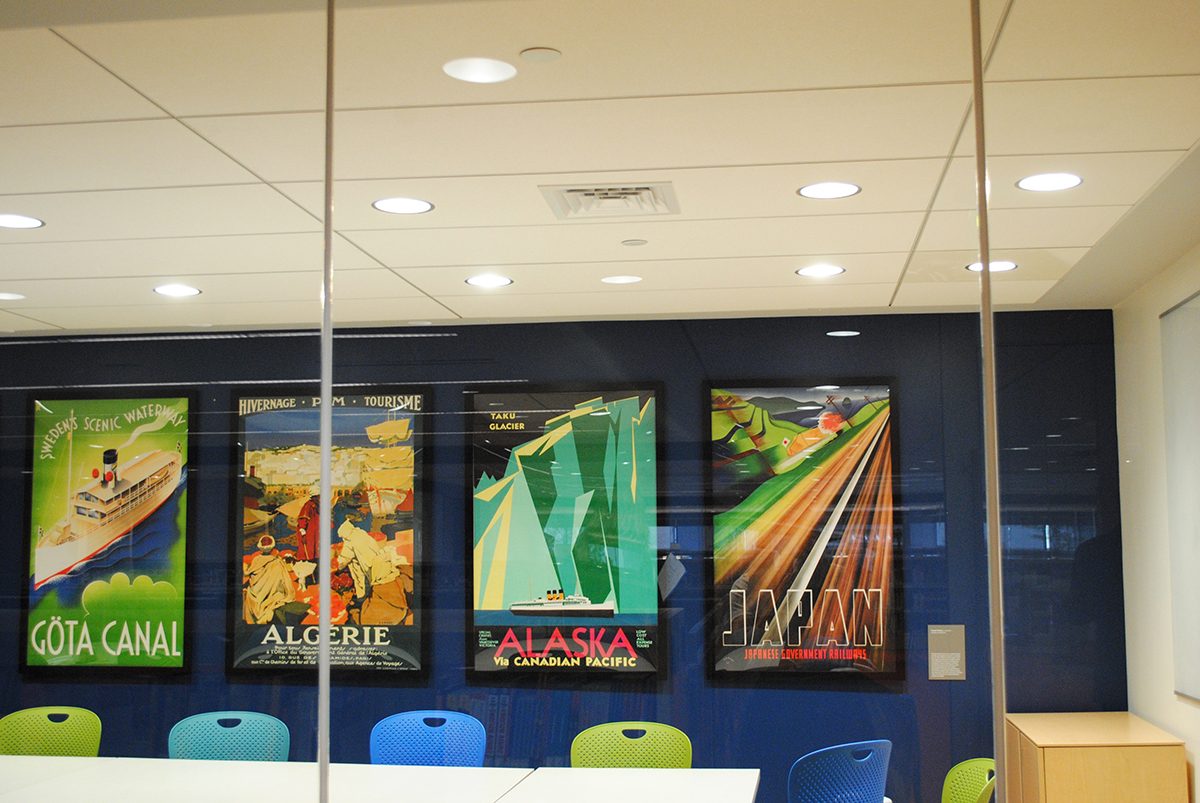 These travel posters from the BPL's digital collection were integrated into a physical space in order to bridge the gap between digital and physical features.Photo by Madeline Bilis 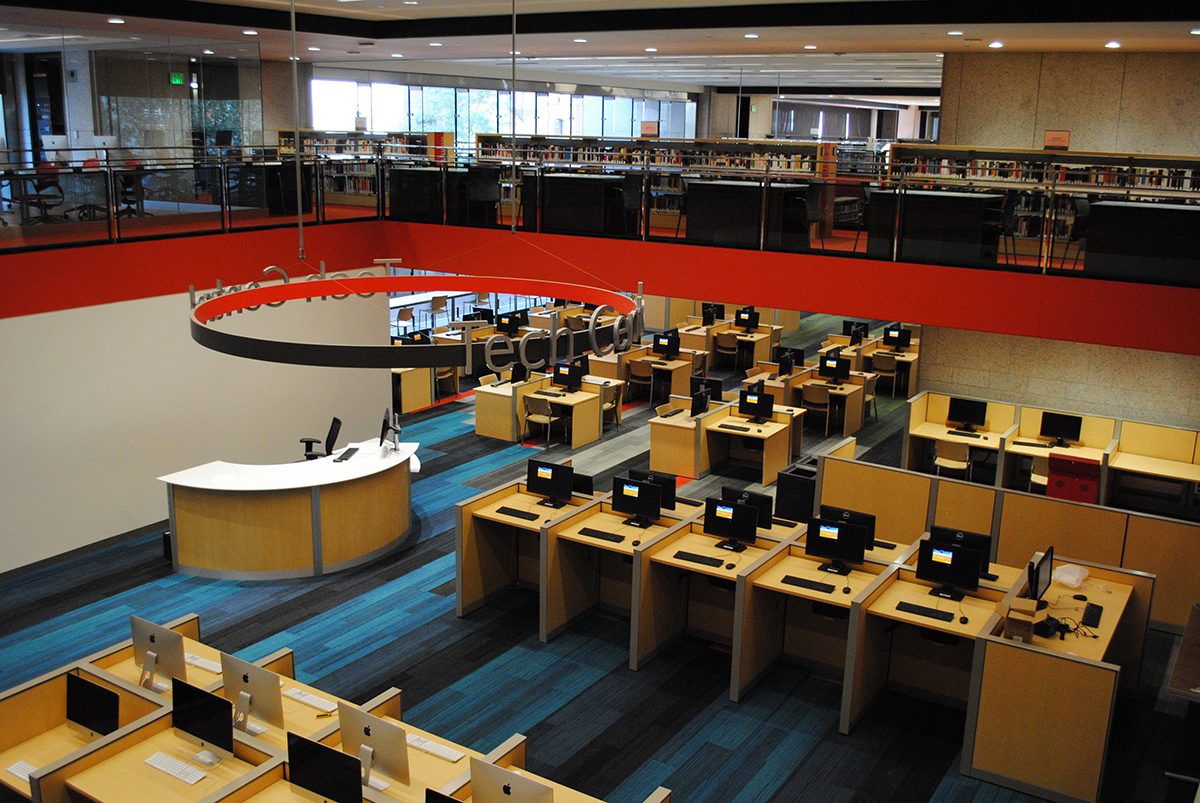 The BPL has tripled the number of computers available.Photo by Madeline Bilis 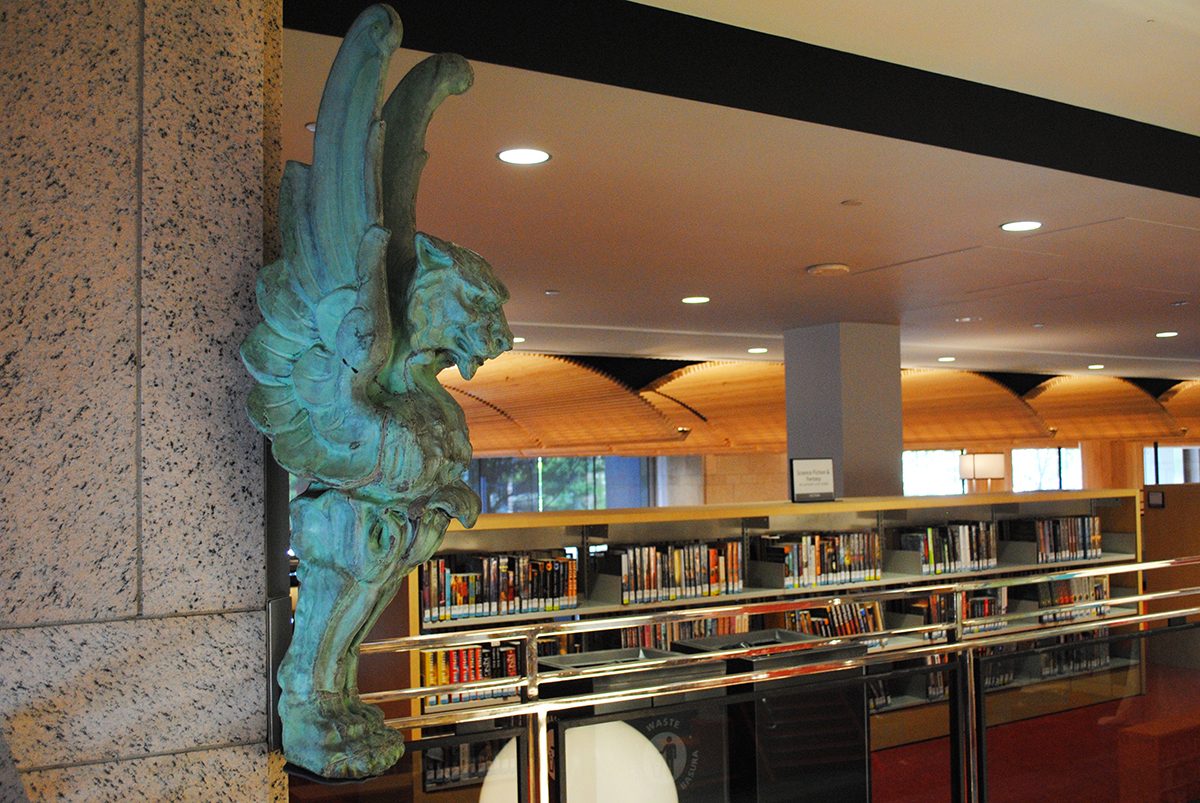 This copper griffin guards the fiction collection. It's originally from the east corner of the McKim building.Photo by Madeline Bilis 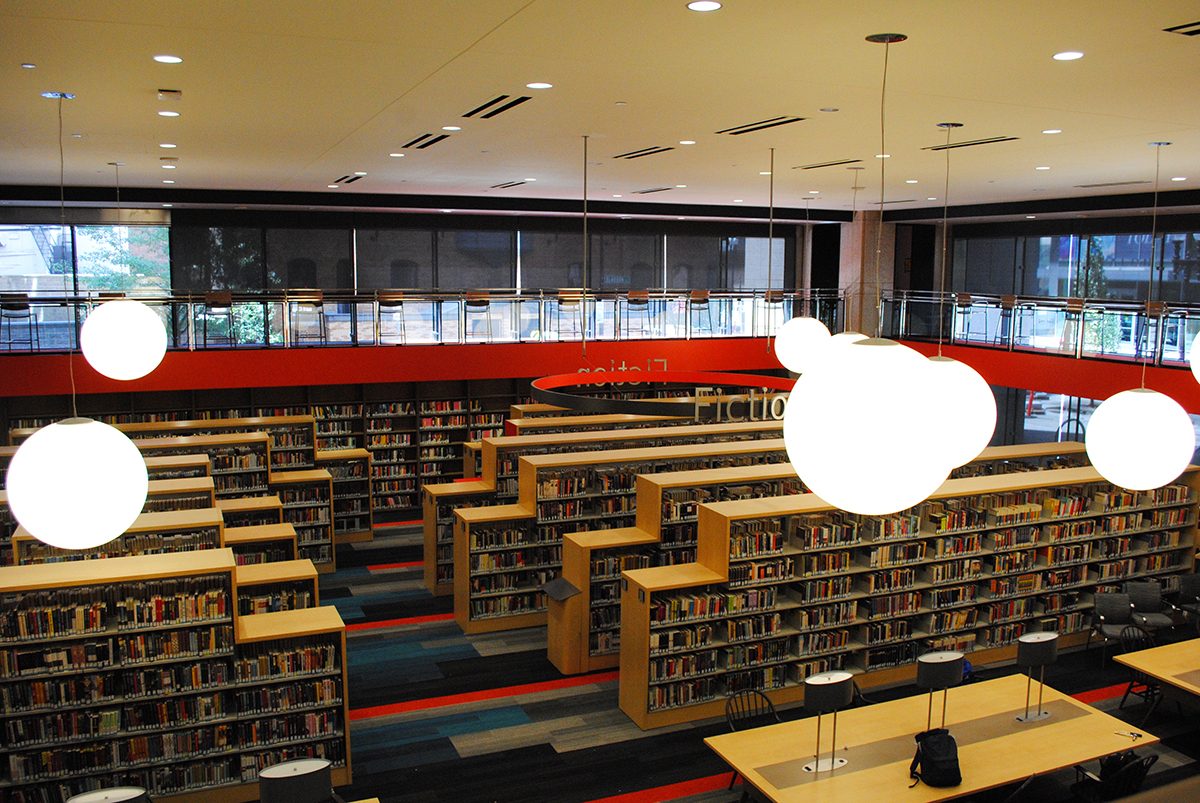 The fiction stacks are now arranged by genre, much like a bookstore.Photo by Madeline Bilis 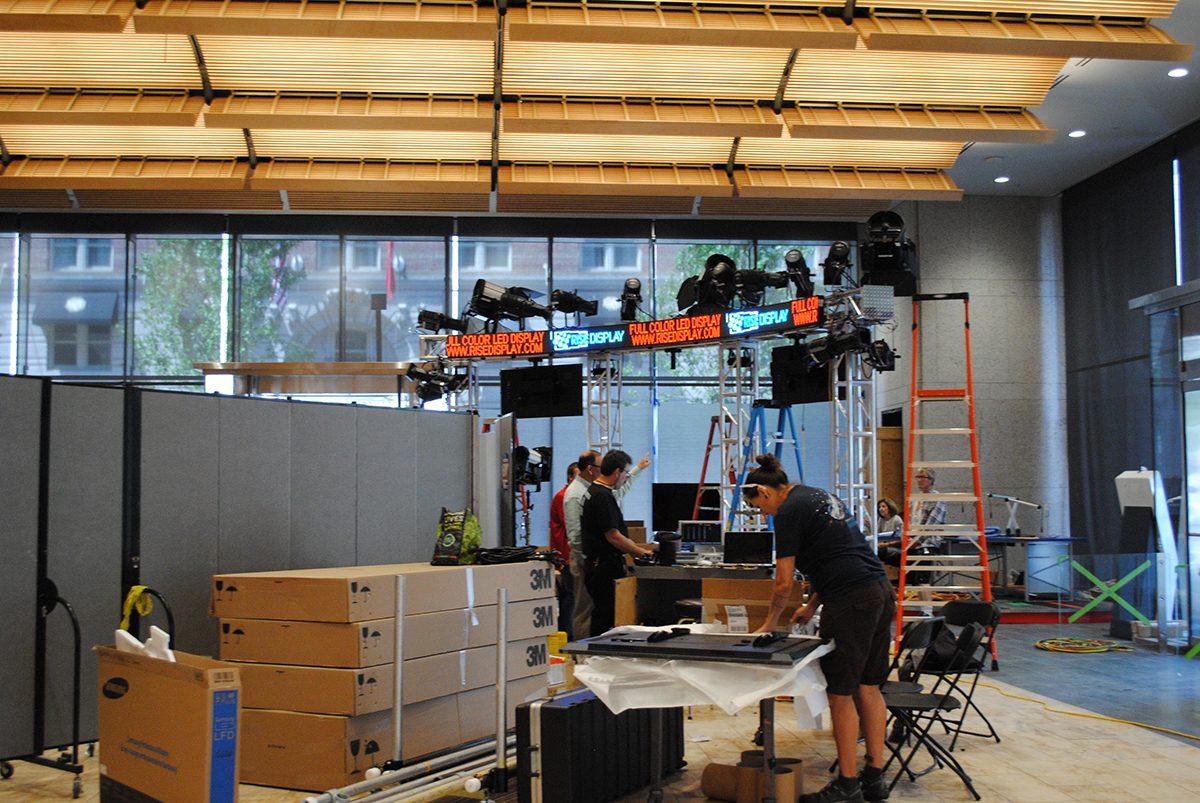 The WGBH satellite studio is slated to open in August.Photo by Madeline Bilis 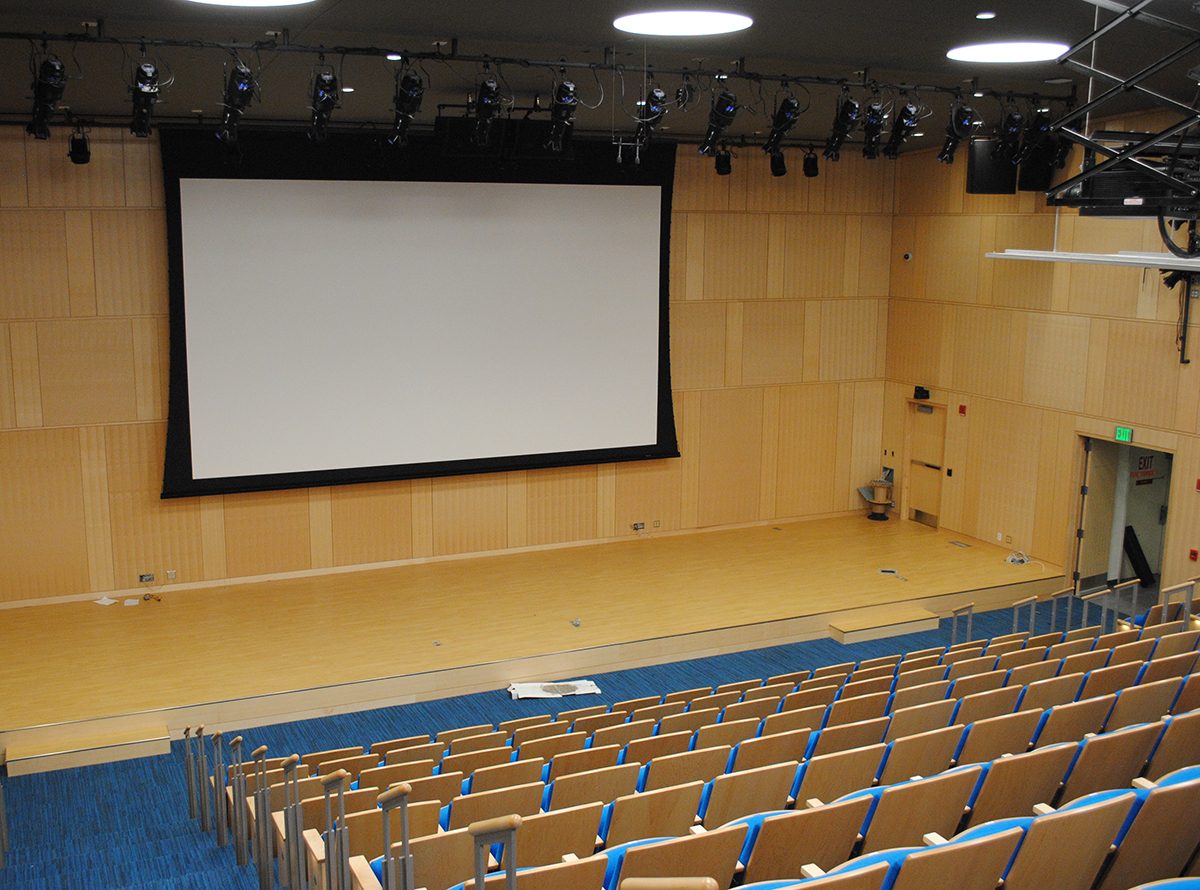 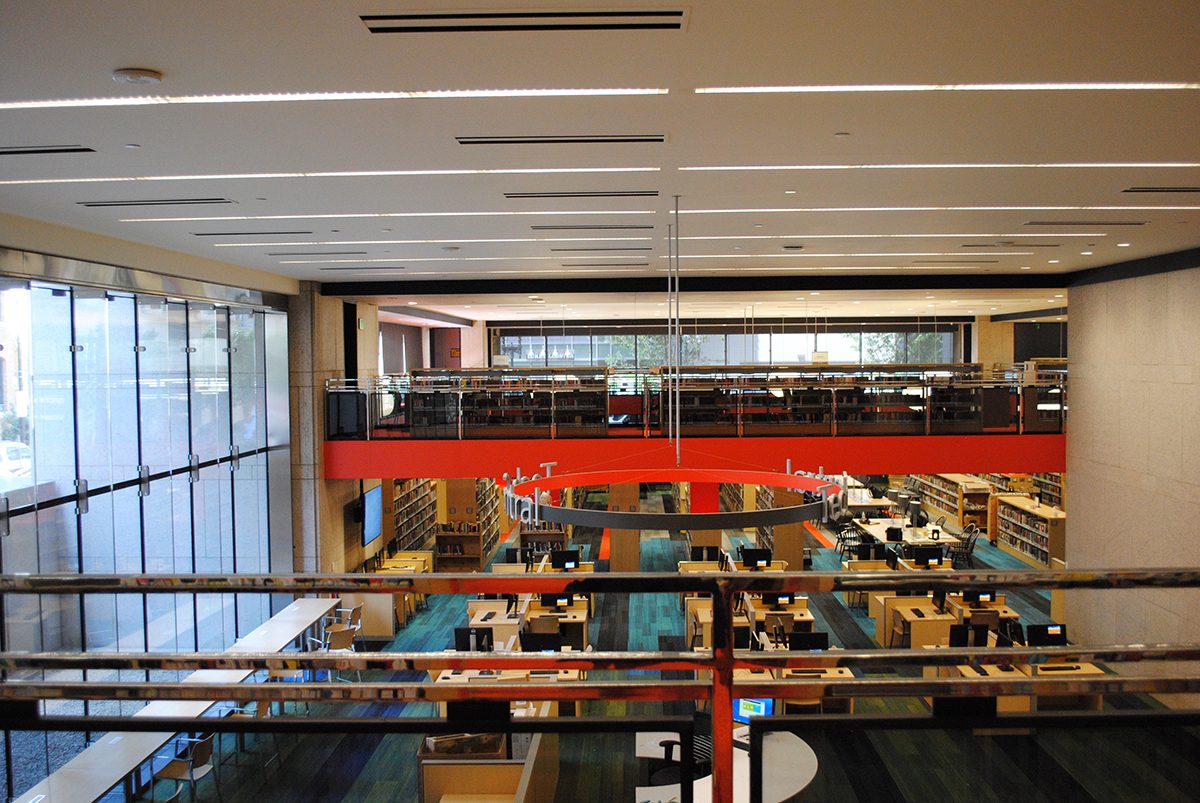 New windows make the entire stretch of the block visible, from Blagden Street to Boylston Street.Photo by Madeline Bilis 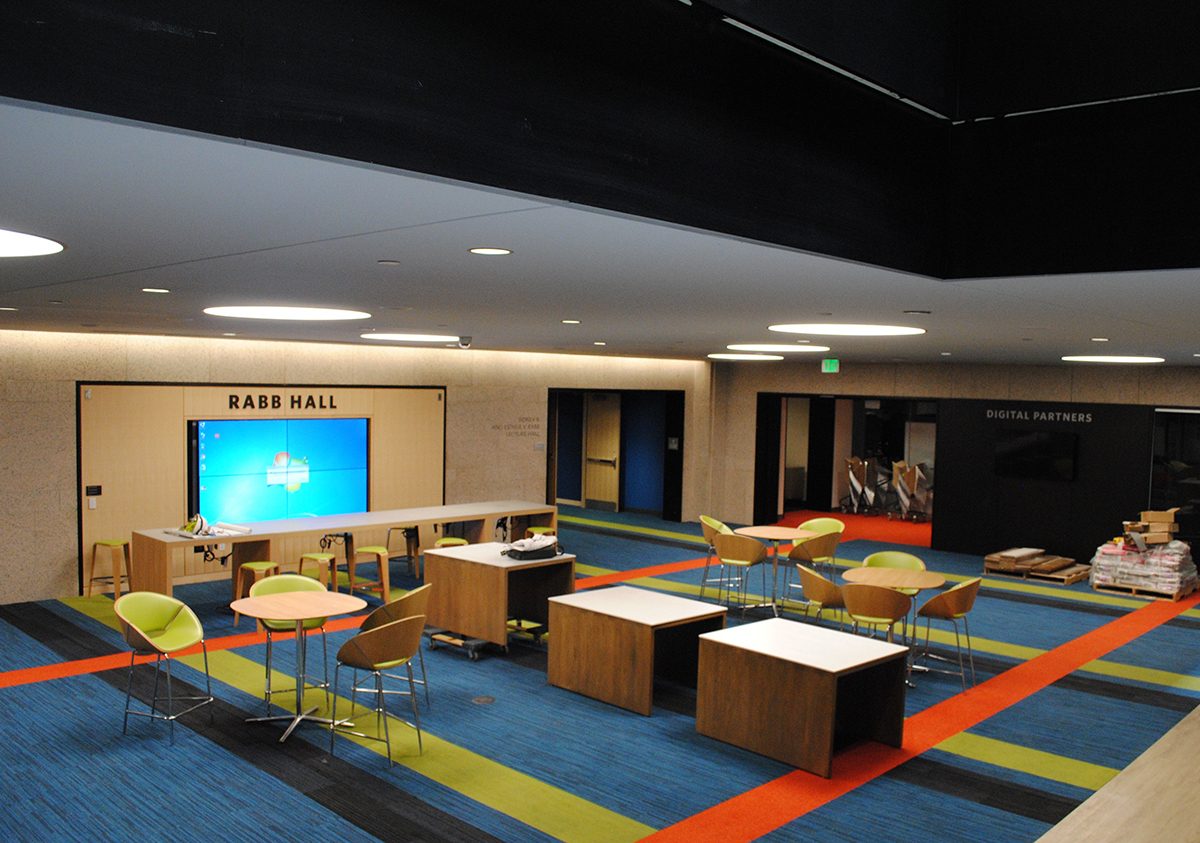 Flexible seating areas on the library's lower level are meant to offer space for collaboration.Photo by Madeline Bilis

A few finishing touches are rounding out the last phase of the Boston Public Library’s renovation as the revitalized Johnson building readies to open to the public on July 9.

For the first time in almost two years, visitors will be able to enter the Central Library from Boylston Street without the presence of temporary walls—except this time, the dark, concrete structure will appear bright and modern.

Once inside, a new welcome center—placed front and center—immediately greets patrons. It’s surrounded by a 41-screen digital interface designed by Cambridge-based Small Design Firm, where interactive displays abound. The screens offer a look into the BPL’s live Twitter feed, usage statistics like real-time book checkouts and returns, a visualization of the library’s catalog, and a preview of popular and newly added titles.

The highlight of the welcome center’s digital interface is the “Shelf-Portrait.” There, visitors can stand in front of a camera and to have their portrait taken. After a choosing a classic novel from a list, the photo is rendered on the screen with the text from the chosen book. The “Shelf-Portrait” / Photo by Madeline Bilis

In addition to Consigli Construction Co.’s engineering feat of knocking down a century-old brick wall dividing the McKim building from the Johnson building, walls from the former lobby were removed during the redesign. Newly appointed Boston Public Library president David Leonard explains the new lobby is three times the width of the former one, and no longer feels like a tunnel. The ceiling has also doubled in height, and features a curved panel design that eliminates the rigid lines of the concrete.

“We wanted to introduce warmth and color,” says Leonard, adding that the color palette was inspired by original colors from the McKim building.

The rest of the first floor includes a wall that commends local literary achievements, a WGBH satellite studio slated to open in August, a new cafe with grab-and-go fare opening later this summer, a wall map of the Literary Cultural District, and a section for new fiction and nonfiction titles, daily newspapers, and popular magazines.

Four pillars of digital stacks lie just beyond the welcome center, which provide access to more than 100,000 of the library’s digitized items from DigitalCommonwealth.org. Each stack offers a different way to search, either by location, color, creator, or subject. Searching the color red, for example, could turn up a vintage Acadia National Park poster of a lobster. Or, a patron could search their hometown in the location stack and subsequently find all of the items in the collections geolocated to that town. The digital stacks are searchable by creator, color, location, and subject. / Photo by Madeline Bilis

A new mezzanine level offers an updated world languages section with an immigration information corner, a movies and music section, and a community learning center. Across from the revamped Rabb Hall, the Kirstein Business Library & Innovation Center can be found on the renovated lower level where there’s a co-working space and resources for small businesses and startups.

On all of the levels, there are an abundance of furnishings in bright hues, as well as plenty of outlets.

“I’ve joked there was only one outlet before,” says Leonard. “And that was for the vacuum.”

“We’re really excited to be revealing this to the public,” he says. “And welcoming them back into the new space.”