It’s the latest chapter in the ongoing Kimmel vs. Damon feud. 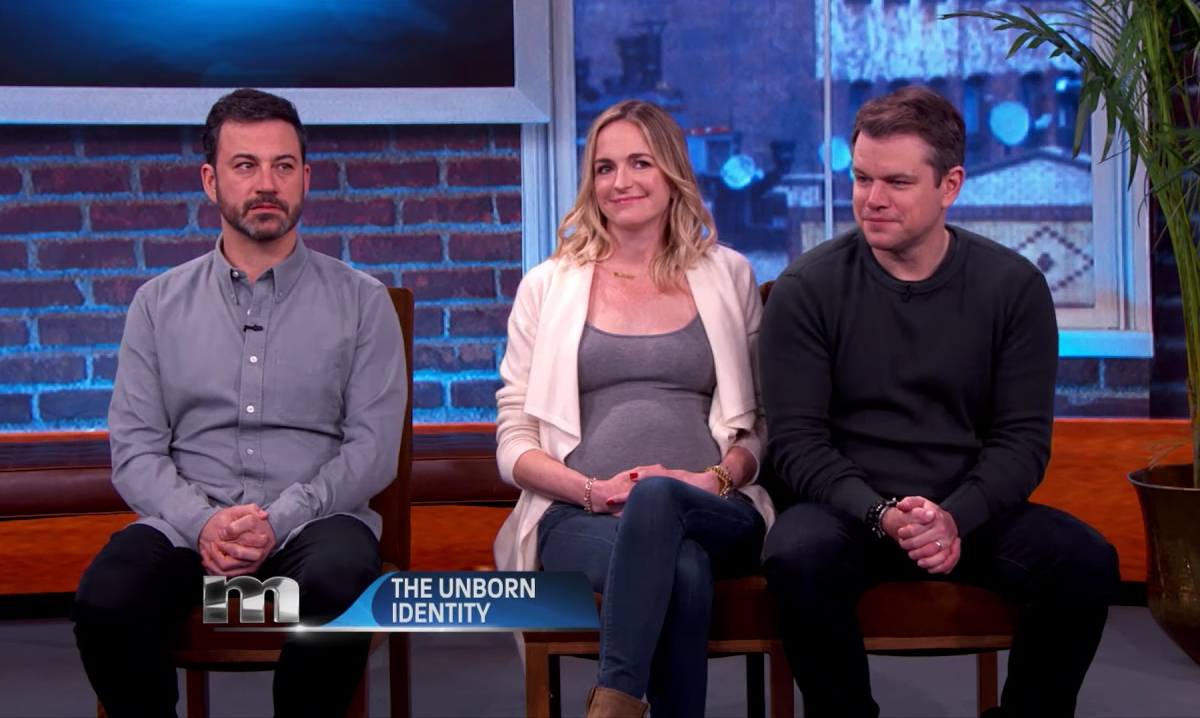 Jimmy and his wife Molly McNearney are expecting their second child, but in last night’s sketch, Matt Damon steps in to cast some doubt on Jimmy’s fatherhood. As Kimmel is joyfully filming McNearney’s ultrasound and speculating on the gender of the baby, his arch-nemesis Damon comes through the door holding a matching camcorder and claiming he is the true father.

In a callback to Sarah Silverman’s “F*@#ing Matt Damon” skit, Kimmel reminds Damon that he promised to stay away from his future girlfriends, only to be met with the argument that wives don’t count.

“Why don’t we let the baby decide,” Damon helpfully suggests. “You have a choice of daddies: One daddy could be an Emmy loser—“

“Same thing,” Damon continues. “The other daddy could be an Oscar winner!”

To finally settle the matter, the three go on a mock version of the Maury show, hosted by Martin Short. After discovering that Damon is not the father, Kimmel gleefully celebrates, until learning that he can’t claim the title either. The actual father is a pretty great celebrity cameo.

At the end of the day, we can always count on the Kimmel/Damon rivalry to live on.