The fate of TB12's jersey lies in this man's hands. 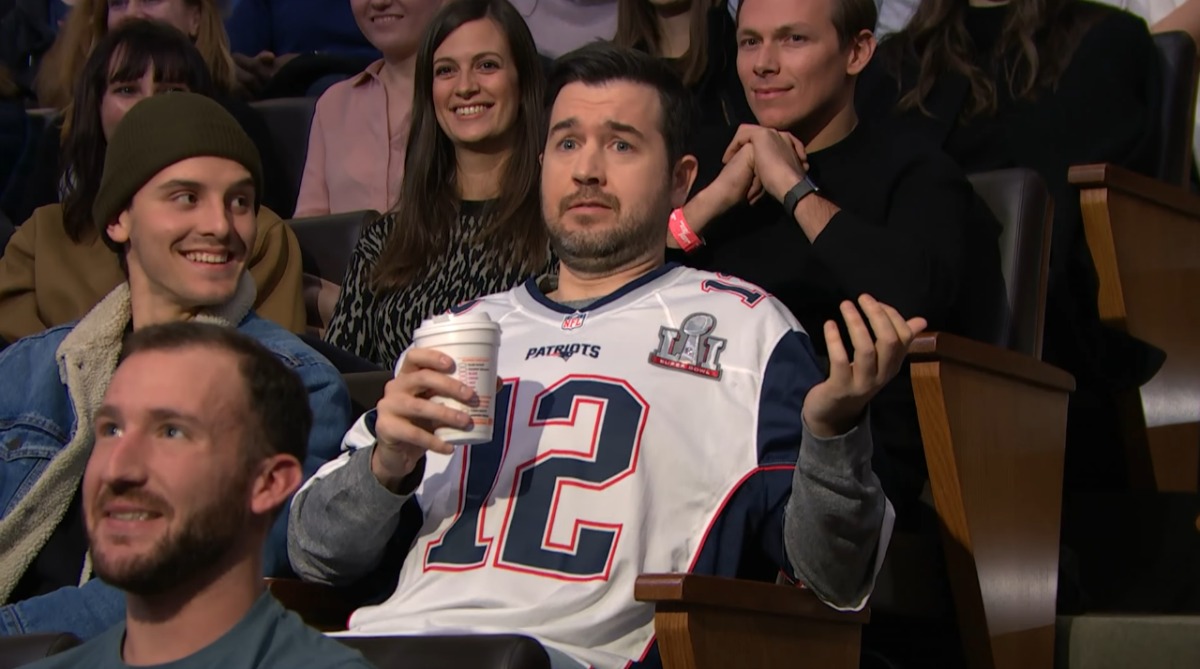 It didn’t require too much searching, though. The unnamed New England man was wearing the Super Bowl jersey in the crowd at the show. Styrofoam cup of Dunks in hand, he shouted to Meyers that he stole the jersey. Why?

“Cause Tom Brady’s the greatest of all time and now I’ve got his f—king shirt to prove it,” he said.

The die hard fan claimed to have stolen the jersey when the team was celebrating in the shower. Several swears and lewd comments later, Meyers revealed just how the Pats fan got TB12’s jersey, along with Julian Edelman’s cleats and Gronks’ Speak & Spell.

“Look, the jersey was just laying out there in the open at the bottom of his zipped up duffel bag. I basically found it.”

The fan agreed to return the jersey as long as Brady met his demands of playing a game of catch and being the best man at his wedding, just as soon as he gets a girlfriend.

This is not the fan’s first sports-related theft. He also claimed to have “found” Dustin Pedroia’s hat at Fenway Park, while it was still on his head.