The superstar comedian has a string of shows at the Wang Theatre this week—and apparently at Boston's smaller venues. 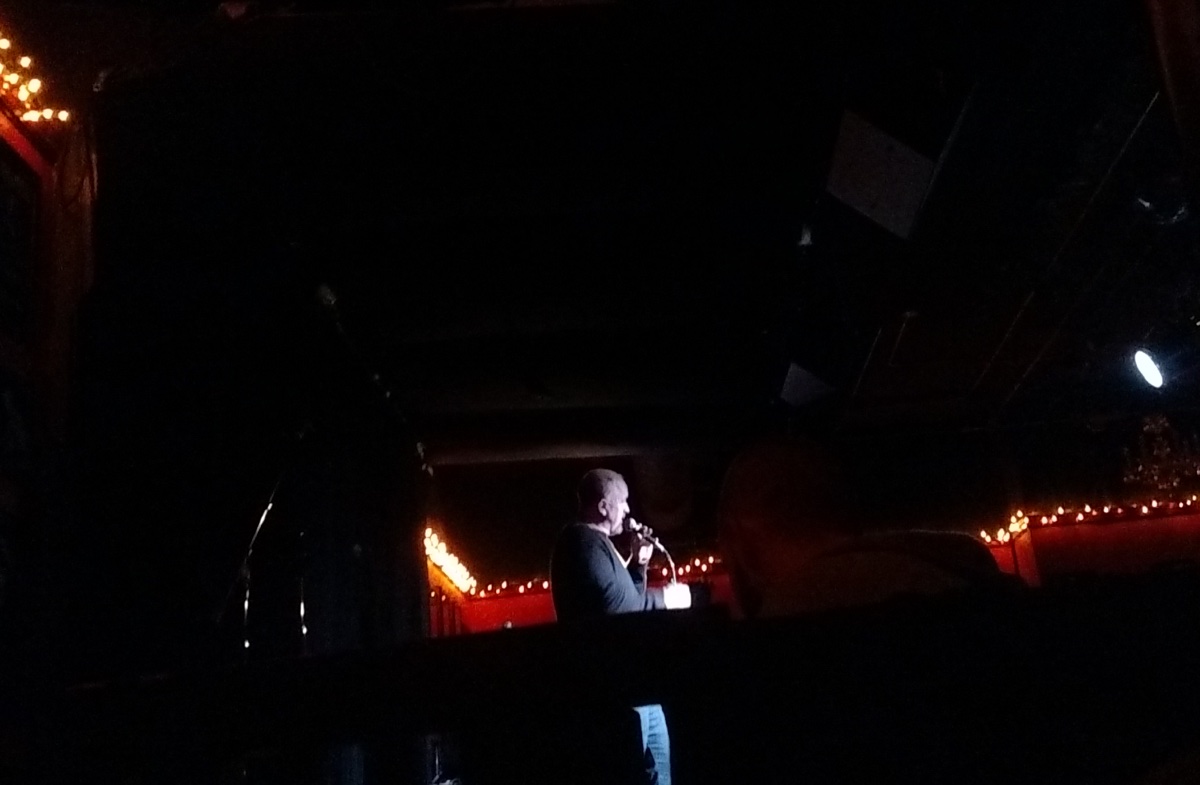 Louis CK on stage at the Burren Back Room after midnight on February 16, 2017. / Photo by Christopher Anderson

After surprising a crowd at McGreevey’s on Valentine’s Day, Louis CK brought his comedy chops to the Burren. The Newton native rolled into the Davis Square pub and venue around midnight last night and performed a set of new jokes for about 60 people, according to a fan who was there.

Louis CK came by the Burren tonight and I got to share the stage with him. So unbelievable. I’m still a nobody and no where close where I wana be in life but if this isn’t inspirational then I dunno what is. I wana thank Jordan Handred Seavey for bringing me in to co host this legendary room. Dream big and never stop. Much love. I love you all. Your Polish friend- Arty. #comedy #louisck #BostonComedy #misseskitty

Louis CK has two more ticketed shows at the Wang Theatre this week, and as Vanyaland points out, ImprovBoston and Great Scott in Allston have comedy nights slated for tonight and Friday. Just sayin’.