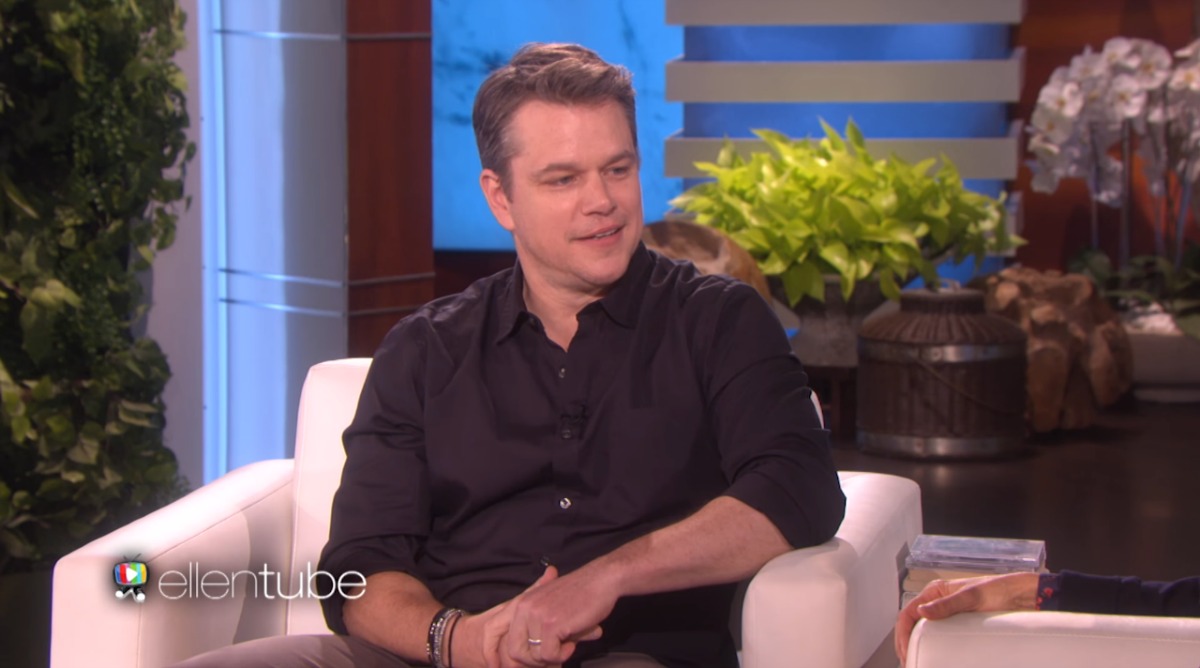 After his recent paternity battle on Jimmy Kimmel Live!, Matt Damon couldn’t resist taking a jab at his greatest frenemy, Jimmy Kimmel, during his Ellen Show appearance yesterday. According to Damon, Kimmel hosting the Oscar’s is “horrible for everybody.”

The star also extends his condolences to Kimmel and says he has “extremely low expectations” for the comedian’s Oscar performance. And if the anxiety of performing a tough set in front of millions of people isn’t bad enough, Damon says he might even throw things at Kimmel from his seat in the audience. Ouch.

But it wasn’t all bullying. In another segment, Damon showcased his more charitable side, and competed to win money for his charity water.org, which brings clean water to the world. Paying homage to his new film Great Wall, Damon threw darts at balloons, revealing dollar amounts to be donated by Shutterfly. He earned $13,000 for his organization and in true Ellen fashion, Ellen DeGeneres rounded that amount up to $20,000.

“That was my Tom Brady impression,” joked Damon about his throwing skills.

Watch the clips below.