Matt Damon Has the Best Story about Ben Affleck’s Son

A visit to James Corden's Late Late Show with Will Arnett naturally led to a discussion about Batman portrayals. 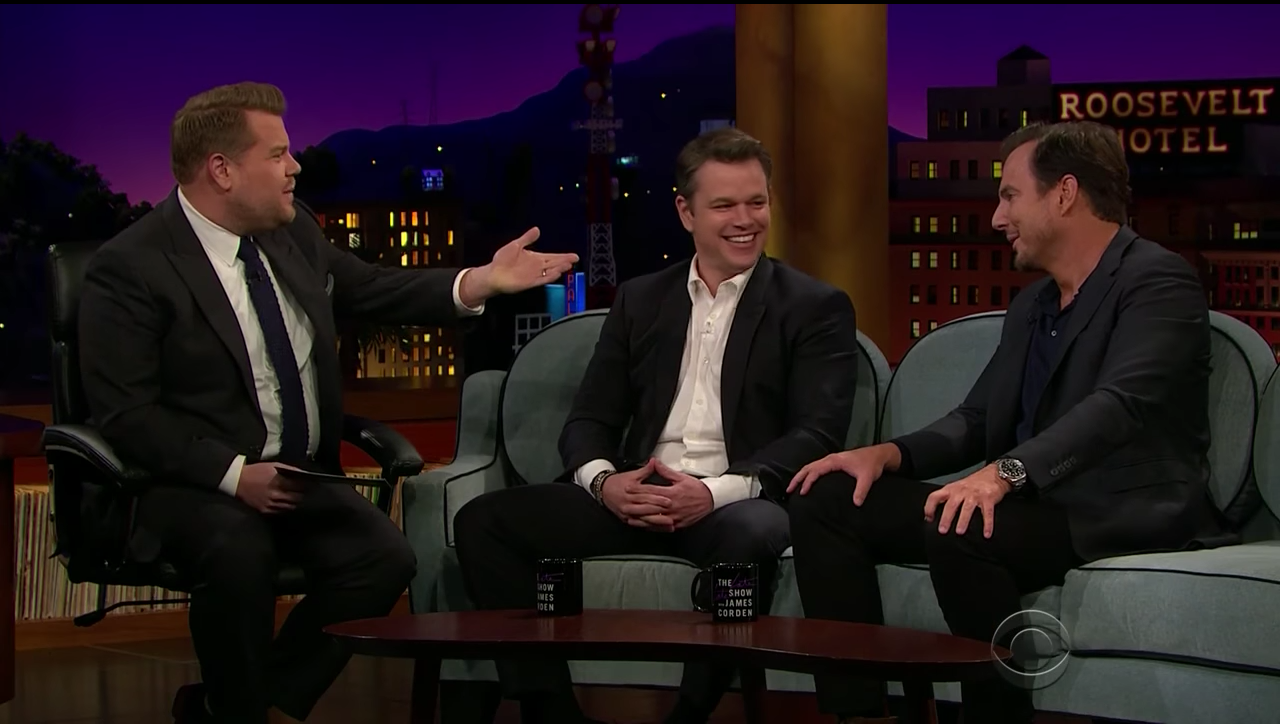 Matt Damon went on the Late Late Show last night and talked about—who else—Ben Affleck. Appearing alongside Arrested Development‘s Will Arnett, Damon couldn’t help but turn the conversation back to his longtime collaborator and friend. Host James Corden posed the vitally important question: Who played a better Batman, Affleck in Batman vs. Superman or Arnett as the voice of Batman in The Lego Batman Movie?

Damon expertly diverted from the tricky question by telling the audience how Affleck’s four-year-old son believes he really is Batman. Now, that isn’t too shocking, but the youngest Affleck takes it a step further, by also being under the impression that their FedEx deliveryman is the Joker.

Damon helps rationalize this for us, “because it’s the same colors, you know, the green and the purple…” All right Matt, we’re with you there.

Rather than dashing his kid’s dreams, Affleck, being the good father he is, apparently paid off the deliveryman to play along and pretend to fight every time he comes to the door. Now Affleck’s getting plenty of practice with his Batman voice, telling off the “Joker.” Damon’s sweet story about his friend ended with his own not too shabby Batman impression. Hey, if Affleck gets tired of the bat suit, maybe Damon can take over?

As for the answer to Corden’s original question, Damon responded, “I have it on good authority that Will is actually Ben’s favorite Batman.”