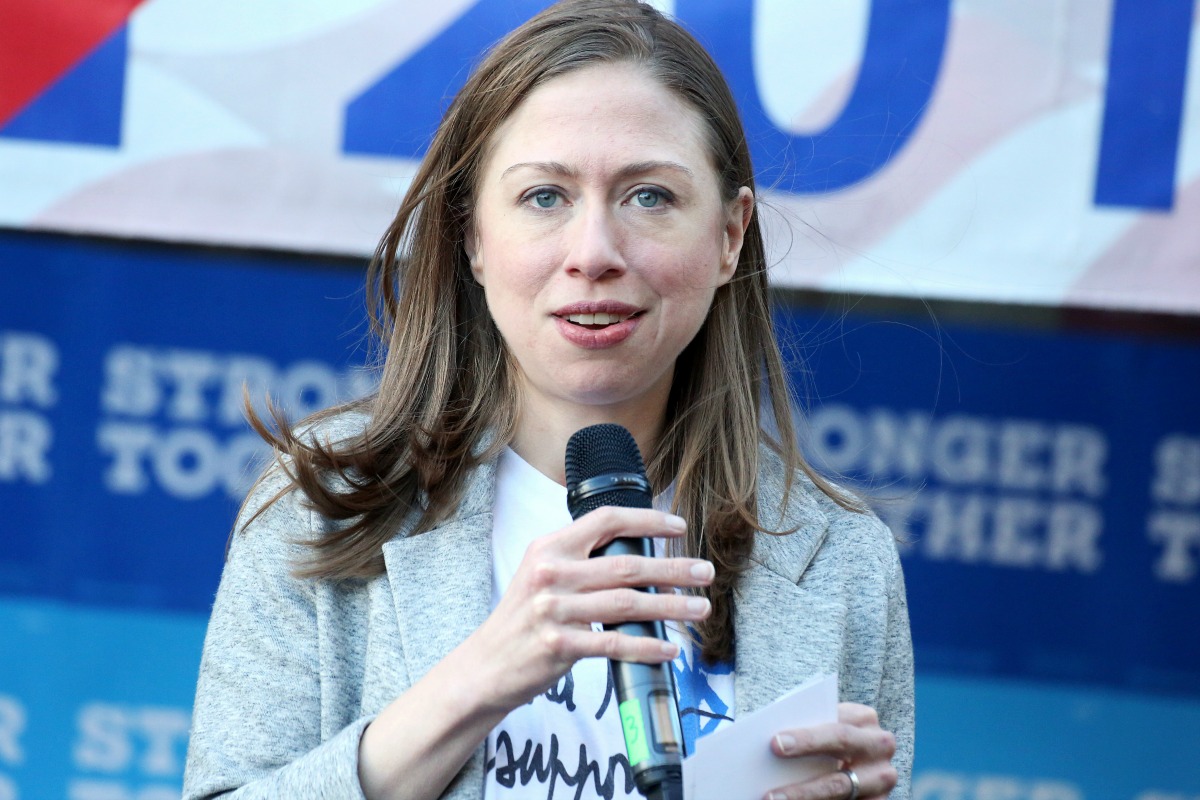 Chelsea Clinton has announced she is publishing a children’s book, and it’s got a title that will be very familiar to anyone who has been following Elizabeth Warren’s testimony against Donald Trump’s cabinet nominees. It’s called She Persisted, and it’ll be released May 30. It’s Clinton’s third book.

According to the New York Times, the picture book will feature 13 women who persisted throughout history. The chosen women include Harriet Tubman, Helen Keller, Margaret Chase Smith, Oprah Winfrey, and one special cameo.

The title of Clinton’s book is taken from a statement made by Senate Majority Leader Mitch McConnell about Senator Elizabeth Warren. She was formally silenced on the senate floor after speaking out against then-Attorney General nominee Jeff Sessions by reading Coretta Scott King’s 1986 letter condemning Sessions.

“She was warned. She was given an explanation. Nevertheless, she persisted,” McConnell said, following the vote to silence Warren. It’s safe to say the statement backfired on him. Those words became a rallying cry for silenced women everywhere with the hashtag #ShePersisted. Warren even printed the statement on t-shirts sold on her campaign website, and Democrats raised $767,000 off of their new slogan.

Warren isn’t the only New England tie the book has. There’s a statue of Harriet Tubman in the South End, commemorating her strong ties to the abolitionist movement in the city. Helen Keller attended Radcliffe College in Cambridge, Massachusetts, graduating in 1904. Margaret Chase Smith, a senator and representative from Maine, was the first woman to placed in nomination for the presidency at a major party convention in 1964.

As for the special cameo, Clinton has given no hint as to who it will be, although we have some guesses, based on her family ties.