Forget the mini golf, crowded beaches, and fried-clam joints you’ve hung around since you were a kid. This summer when you cross the bridge (or step off the ferry), a whole new horizon of possibilities awaits. 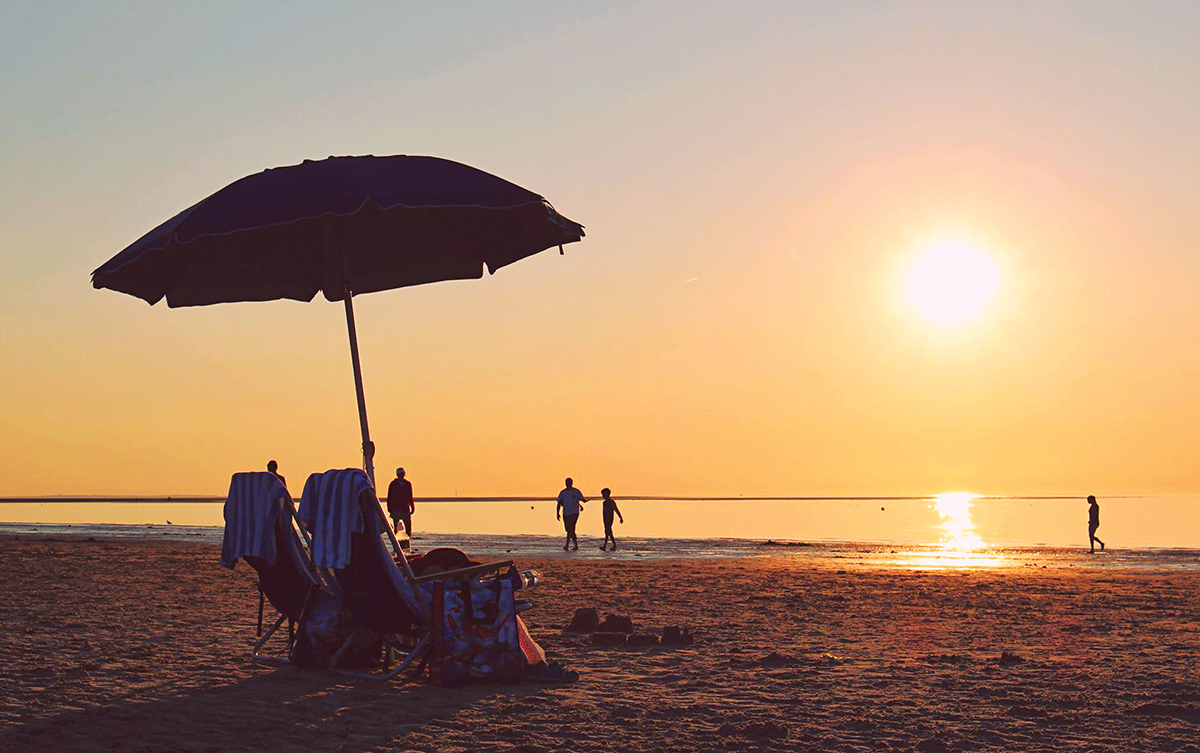 Sleep: Falmouth’s Sea Crest Beach Hotel (starting at $180 per night) once entertained a young Barbara Walters, whose father used to own the property. Now the recently renovated beachfront retreat will keep your little ones busy with activities such as beach volleyball, face-painting, and scavenger hunts. 800-225-3110, seacrestbeachhotel.com.

Eat: Expect an extensive wine list at Falmouth’s new Epic Oyster, the first venture from former MS Walker wine rep Marc Warner. Housed in a 1922 Tierney dining car, the restaurant will open this spring with a Portuguese-inspired menu and (naturally) a selection of local, shucked-to-order oysters. 508-563-3742.

Discover: Toast the golden hour aboard the Liberté, a 77-foot schooner that offers two-hour sunset sails nightly from Falmouth, July 2 through September 5. 508-524-9121, theliberte.com.

Mark Your Calendar: On July 1, Sandwich Glass Museum kicks off the retrospective “Sidney Hutter Through the Years: Glass, Light and Color,” a celebration of the Newton artist’s unique sculptural vessels. 508-888-0251, sandwichglassmuseum.org.

Insider Tip: “Sandwich residents know about Scorton Creek, located on 6A. The miles of trails that wander through the marsh and dense forest are spectacular; they culminate in a cranberry bog in the middle of a forest.” —Katharine Campbell, executive director, Sandwich Historical Society and Glass Museum

Sleep: Why jockey for umbrella space on Craigville when you can spend an afternoon inside your very own lakefront gazebo? It’s just one of the amenities at Dennis’s Scargo Manor Bed & Breakfast (starting at $195 per night), where you can also take a kayak or canoe for a spin. 508-385-5534, scargomanor.com.

Eat: From the team behind tapas restaurant EmBargo comes the West End, a Hyannis spot opening this May in the former Paddock space. Expect modern dishes with a focus on locally sourced ingredients, and—bonus—jazz brunches on the weekends. 508-775-7677, westendhyannis.com.

Discover: Rainy days were made for brewery crawls. Raise a pint at the new Barnstable Brewing; fill a growler or crowler at Devil’s Purse in Dennis; and end the tour at Hyannis stalwart Cape Cod Beer, which installed a 30-barrel brewhouse last winter. barnstablebrewing.com; devilspurse.com; capecodbeer.com.

Mark Your Calendar: America’s oldest continually operating summer theater, the Cape Playhouse, kicks off the season with new artistic director Michael Rader—and the launch of a kids’ arts education program on June 19. While the brood hone their stage skills with Broadway professionals, you can perfect the art of relaxation. 508-385-3838, capeplayhouse.com.

Insider Tip: “I love the view from Scargo Tower in Dennis—you can see the entire Cape, in every direction.” —Michael Rader, artistic director, the Cape Playhouse

Sleep: Tennis, golf, a beach bar where you can watch the sun melt into Cape Cod Bay…could Brewster’s Ocean Edge resort (starting at $295 per night) possibly be any more blissful? Answer: yes. This season it debuts a spa offering a long list of treatments, from massages to makeup application. 508-896-9000, oceanedge.com.

Eat: Feast under the stars at one of Chatham Bars Inn’s guest-chef events. Every other Friday in July and August, the front lawn will be the site of dinners showcasing the bounty from the inn’s own farm. 800-527-4884, chathambarsinn.com.

Discover: Add a little danger to your vacation on an Atlantic White Shark Conservancy expedition, during which you can watch as scientists tag and identify great whites. The elite group of adventurers departs from the Chatham Bars Inn dock every Monday and Thursday from July 3 through October 19. 508-945-6871, atlanticwhiteshark.org.

Mark Your Calendar: Learn how to capture the essence of a flower in oil paint while visiting some of the Cape’s most beautiful gardens. Offered June 19 to June 21, this Creative Arts Center workshop consists of one studio day and two days en plein air painting the roses and hydrangeas in full bloom around Chatham. 508-945-3583, capecodcreativearts.org.

Insider Tip: “The Monomoy National Wildlife Refuge, tucked away in the corner of Chatham, has trails that wind through stunning coastal habitats. It’s truly the perfect place away from all the noise and public beaches.” —Lindsay Graff, scientist, Atlantic White Shark Conservancy

Sleep: Now you can enjoy your own 2,700-square-foot Cape pad with all the perks of a high-end hotel: This summer, Eben House debuts the Residence, P-town’s first full-service luxury rental (starting at $7,000 per week). Amenities include daily breakfast, midweek cleaning service, and access to Eben House’s new saltwater pool. 508-487-0386, ebenhouse.com.

Discover: Round up at least nine of your closest friends for a private tour of Truro Vineyards’ lush grounds and barrel room. The finale is a wine tasting accompanied by an artisanal cheese platter. 508-487-6200, trurovineyardsofcapecod.com.

Mark Your Calendar: Before she was a 1980s rom-com darling, Molly Ringwald sang with her father’s jazz band. This summer she makes her Cape Cod debut at the Provincetown Jazz Fest on August 10. 508-274-2513, provincetownjazzfestival.org.

Insider Tip: “I love the ponds in this area; they’re so nice and private. I’m afraid I can’t say where they are, exactly, or the locals will get mad at me. Try asking around.” —Kristen Roberts, co-owner, Truro Vineyards

Sleep: Tuck into freshly baked pastries and other breakfast treats from the comfort of your Frette-linen-outfitted bed—or on the sunny patio—at the newly renovated Nobnocket Boutique Inn (starting at $325 per night), in Vineyard Haven. 508-696-0859, nobnocket.com.

Eat: Garde East opened last June to rave reviews, and this summer chef Robert Sisca is once again back at the helm serving up French-inspired coastal fare. New this summer is an expanded deck with stunning marina views. 508-687-9926, gardeeast.com.

Discover: Trade the seagulls for a herd of grass-fed cows on a visit to Grey Barn Farm, where you can take a walking tour of the grounds and sample cheese made from organic raw milk. 508-645-4854, thegreybarnandfarm.com.

Mark Your Calendar: Becoming a sponsor of the Vineyard’s book festival and author series on August 5 and 6 ensures you get the best seats in the house. This year’s highlights include appearances by Pulitzer Prize–winning storyteller Richard Russo and bestselling author Ann Patchett. 508-645-9484, mvbookfestival.com.

Sleep: This summer marks the first full season for the Greydon House, Nantucket’s newest boutique hotel (starting at $600 per night). Among the highlights: a restaurant led by Michelin-starred chef Marcus Gleadow-Ware and a cocktail program from beloved Boston bartender Jackson Cannon. 508-228-2468, greydonhouse.com.

Mark Your Calendar: Every summer celebrities flock to Nantucket for the film festival, held June 21 to 26 this year. Spring for a Patron or Legacy Circle pass to skip the lines and gain entry to the glitzy after-parties. 212-279-4200, nantucketfilmfestival.org.

Insider Tip: “They don’t necessarily have names, but if you go east of Madequecham and west of Cisco Beach, you can find many uncrowded beaches.” —Neil Martilla, board member, Nantucket Film Festival