Chris Evans Told His Mom When He Lost His Virginity

On Late Night with Seth Meyers, Evans talked about how close he is with his parents. 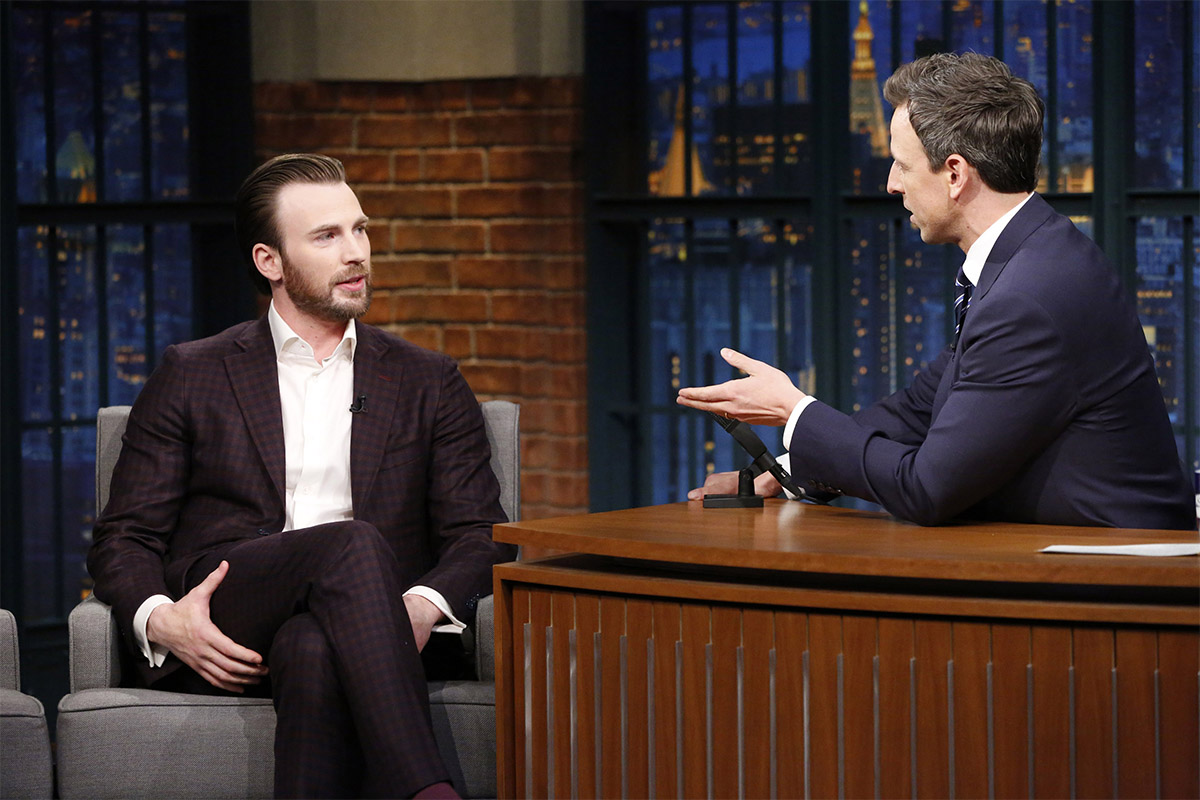 He may spend his on-screen days punching aliens and beating up bad guys, but in real life, Captain America is just a big mama’s boy. Chris Evans, who’s played the iconic Marvel superhero in five movies, with another currently in production, went on Late Night with Seth Meyers to talk about his upcoming film Gifted, and ended up gushing about his close relationship with his mom and how he used to cry all the time as a youngster.

The two men both bonded about being part of tight-knit families and not wanting to stray too far from home when they were younger. Evans confessed that he cried on the first day of school right up until fourth grade, when he patted himself on the back for getting on the bus tear-free. But thankfully, he always had his mom to turn to for support, and apparently so did his friends.

“My whole family, we’re just very open with a lot of things,” Evans said. “If I had parties in high school, half the party’s upstairs talking to her about inappropriate things. She’s a really, really cool woman.”

In fact, Evans is so tight with his mom, he even told her when he lost his virginity.

“I think she was happy that I was willing to share it with her,” Evans said. “I think as a parent you just want to have honesty. That’s one of the best things my parents both achieved. Somehow, they felt like my friends. You don’t want to be so cool with your parents that you can do anything, but when big things happen, you wanted to share it with them.”

Gifted sees Evans co-starring opposite 10-year-old McKenna Grace, who plays his hyper-intelligent niece, and who, according to Evans, is just as mature in real life.

“It’s tough finding a young actress who can master both professionalism but still be wild and free,” he said. “I was far from it.”