The Museum of Fine Arts offers a blockbuster exhibit of Henri Matisse paintings, as well as objects from his studio. 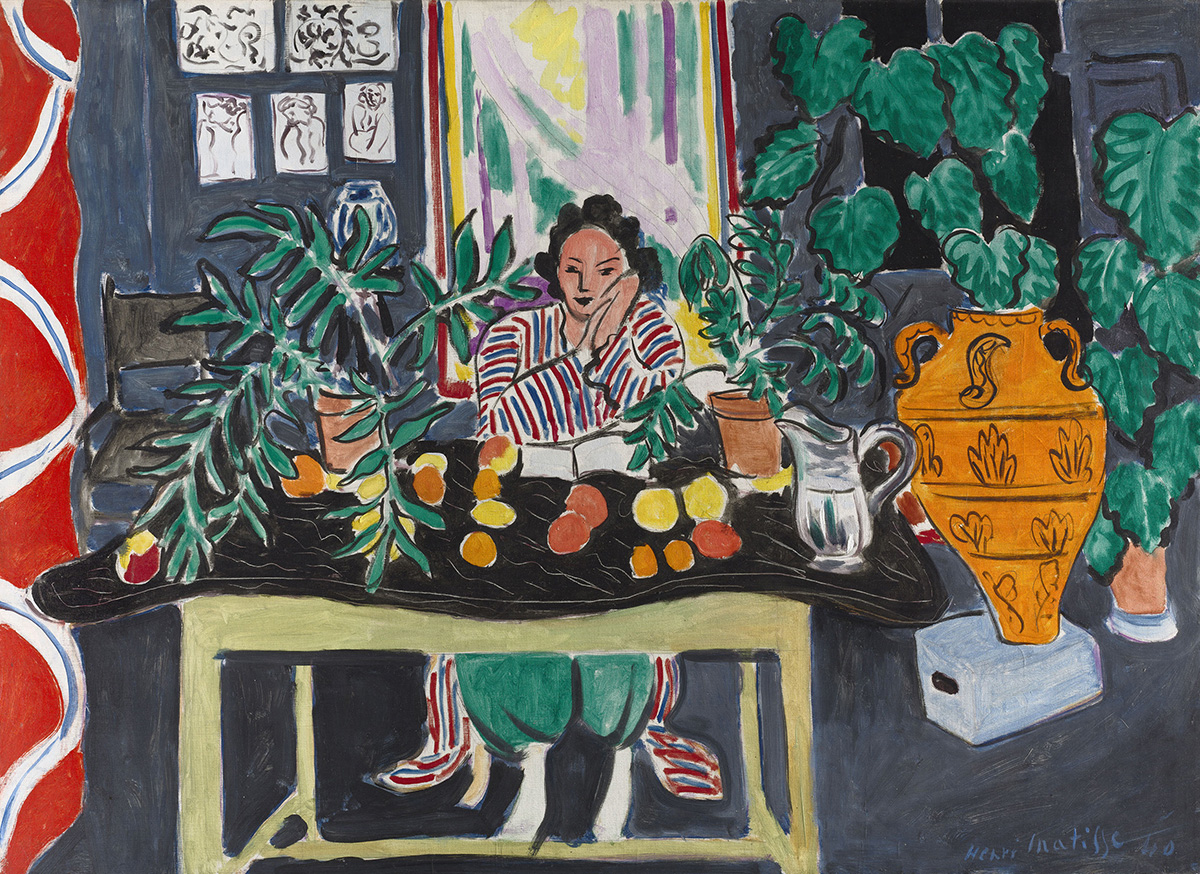 Interior with Etruscan Vase, 1940, The Cleveland Museum of Art, Cleveland

Eclectic, personal, and vibrant, “Matisse in the Studio” at the Museum of Fine Arts offers you the chance to delve into Henri Matisse’s whimsical world of figures, patterns, and objects. The new exhibit showcases 34 paintings, 26 drawings, 11 bronzes, seven cutouts, and three prints by the artist, along with 39 objects from his studio.

“Nothing happens alone,” says MFA director Matthew Teitelbaum. “There are some really extraordinary works that came from overseas, and without the National Endowment for the Arts indemnity program, this wouldn’t have been possible.”

The exhibit was curated by Helen Burnham, curator of prints and drawings at the MFA; Ann Dumas, curator of the Royal Academy of Arts; and Ellen McBreen, a Matisse scholar and associate professor art history at Wheaton College. Forty international lenders, both public and private, contributed pieces to “Matisse in the Studio,” organized by the MFA and the Royal Academy of Arts in London, where the exhibit will be displayed starting in August after its residency in Boston. The MFA partnered with the Musée Matisse in Nice, the only museum in the world dedicated to the art of Matisse.

Director of the Musée Matisse, Claudine Grammont, says that this exhibit gives the viewer access to the artist’s studio and his process of artistic creation, and describes the collection of paintings and objects as both “personal and intellectual.”

Located in Ann and Graham Gund Gallery, the various rooms of the exhibit focus on different themes in Matisse’s work, from pots and cutouts, to portraiture and more, shown alongside Matisse’s objects of inspiration.

In the first gallery, for instance, you’ll find a Spanish vase that Matisse acquired in Spain in 1910 and a silver chocolate pot, both shown in surrounding works by the artist.

“Something we wanted this gallery to show you was his long-term attachment to particular objects over time and how they appeared differently in his work, and the kind of impacts that they have had,” Burnham explains.

Another space focuses on portraiture, and features a self-portrait by Matisse and a painting of his daughter, Marguerite. These works borrow from different traditions of portraiture and, according to McBreen, are “trying to reveal something much more profound than likeness.”

In another room, visitors can learn about Middle Eastern and North African artistic traditions and their impacts on Matisse. Here you’ll find an Egyptian tent curtain that makes an appearance in Matisse’s “Interior with Egyptian Curtain,” a Moroccan wall hanging called a “haiti” seen in the painting, “The Moorish Screen,” and other evocative objects. Dumas explains that Matisse’s odalisques become part of the decorations and patterns that make up his paintings, though, historically in Western painting, the figure acts as the focal point. She emphasizes the spatial complexity of these works and their concern with the visual rather than the political.

Finally, the last gallery mainly contains drawings and cutouts, including “Acrobat” and “Mimosa.” Also on display in this final room is the Venetian chair of which the artist was so enamored, and the maquette for the red chasuble designed for the Chapel of the Rosary of Dominican Nuns of Vence.

The comprehensive exhibit of Matisse’s works takes visitors through an almost overwhelming variety of his life’s work, reflecting his ever-evolving style and experimentation. You just might leave inspired to try something new yourself. 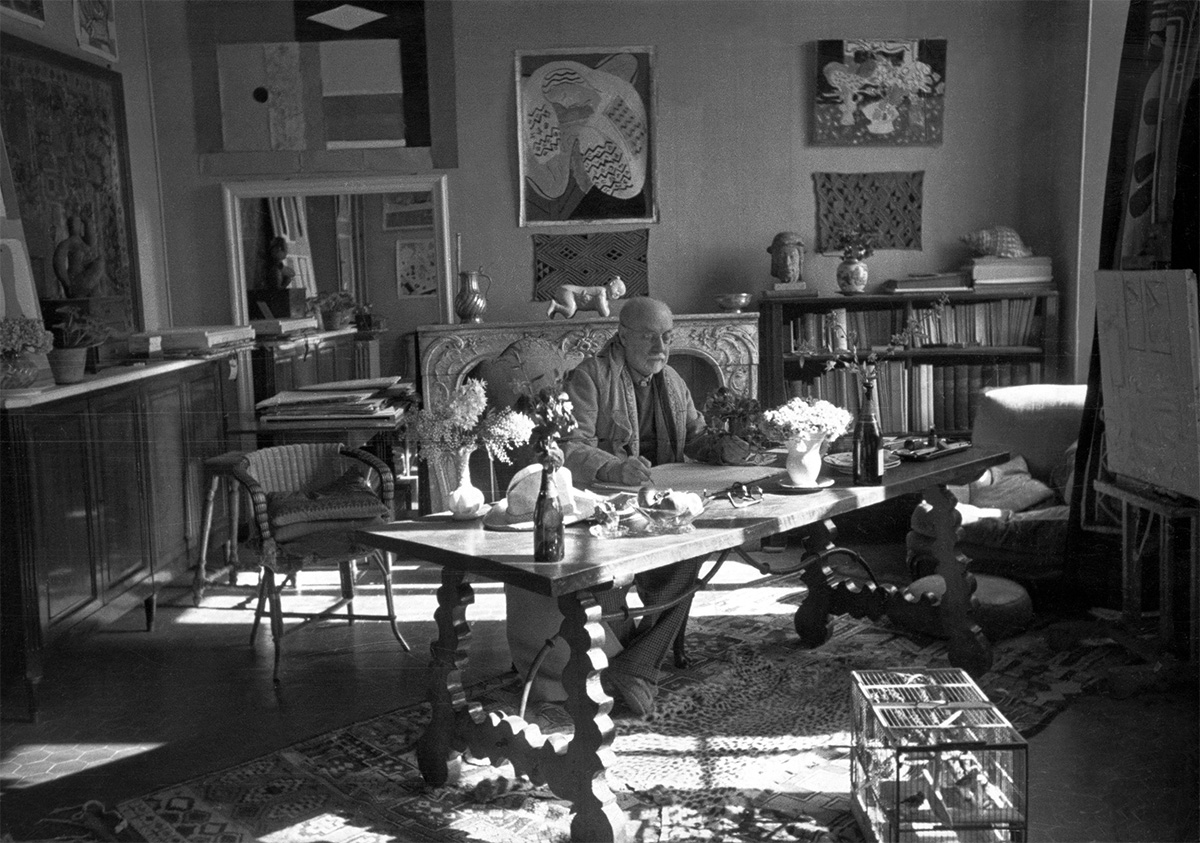