The MFA Brings Renaissance Italy to Boston with Botticelli Exhibition

Some of the works have never been displayed in the United States. 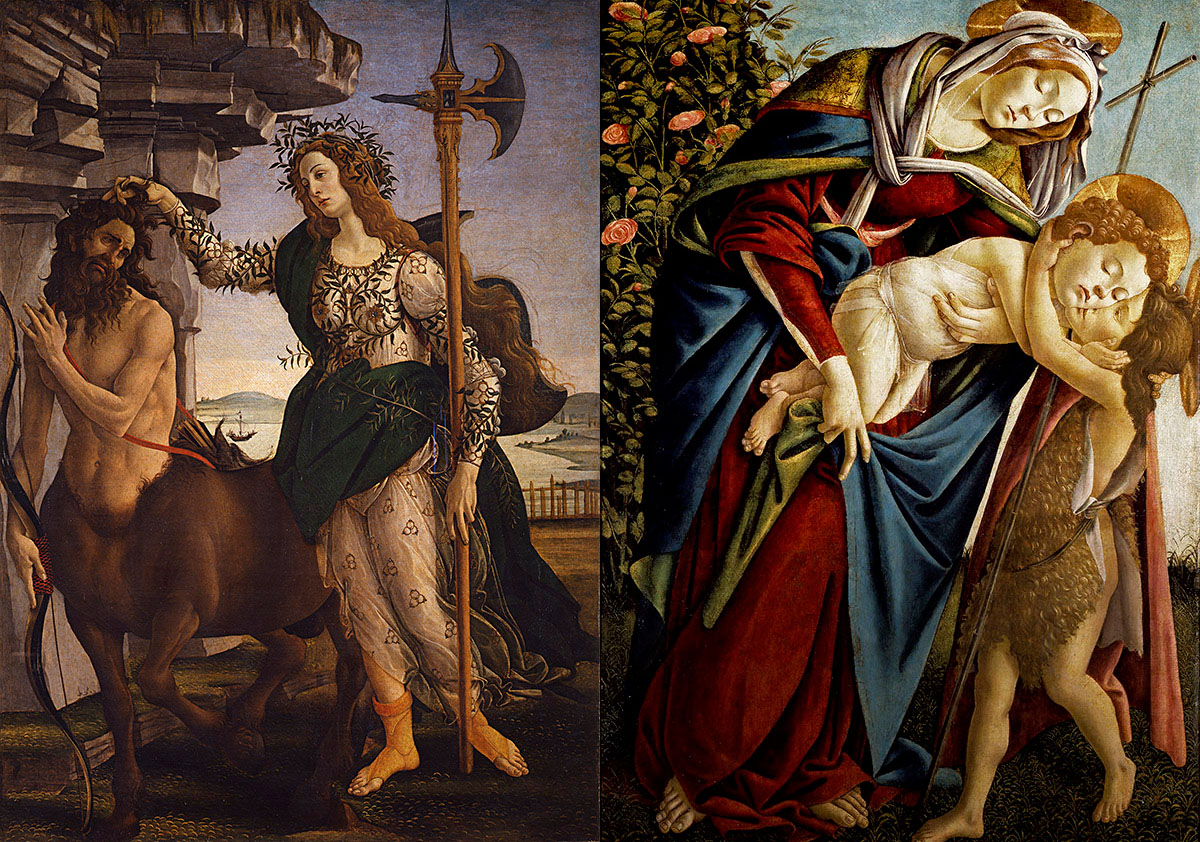 Boston is getting a taste of the Renaissance this summer. “Botticelli and the Search for the Divine,” the largest exhibition of Sandro Botticelli’s paintings ever to be shown in the United States, offers visitors an evocative look at 15th century Florence, all within the walls of the Museum of Fine Arts.

Though the exhibit visited Virginia before coming to Boston, museumgoers here will find a slightly larger quantity of paintings to view, thanks to some local help.

“We added a painting by Botticelli owned by the MFA that was too fragile to go down to Virginia, we added a painting from the Harvard Art Museum, the Fogg Museum, and added a selection of rare books and 15th century engravings to give the exhibition a richer context,” explains Frederick Ilchman, Chair, Art of Europe and Mrs. Russell W. Baker Curator of Paintings at the MFA, who adapted the show for Boston.

The exhibition is displayed chronologically, giving a real sense of how Botticelli grew as an artist, and begins even before he did: with four paintings from his teacher, Fra Filippo Lippi.

“This would have been the context in which the young Botticelli would have learned to become an artist. We really show all periods of Botticelli’s own career,” Ilchman says.

Indeed, the exhibition features works from the artist’s experimentation with mythological subjects, including “Minerva and the Centaur” and “Venus,” both works from the Uffizi Gallery in Florence. Ilchman said that “Venus” is the “next best thing” to the famous “Birth of Venus,” which does not travel from the Uffizi Gallery. Not to worry, though: Ilchman promises this other “Venus” is an “absolute masterpiece” and “astonishing in person.”

Another treasure traveling in from Florence is Botticelli’s first major fresco, “Saint Augustine in His Study.” The work was removed from its original wall in the Church of San Salvatore in Ognissanti during the 16th century and moved around the same church. Two Franciscan friars from that very church journeyed to the MFA to assist in the fresco’s installation for this exhibition.

“Botticelli and the Search for the Divine” also looks at the artist’s later period, during which he was influenced by the harsh, theocratic rule of the Dominican friar Girolamo Savonarola. Savanarola seized power of Florence in the late 15th century after Lorenzo the Magnificent’s death, and he preached against paganism and earthy indulgences.

“Botticelli seems to be totally taken by this new political and religious climate and adjusts his paintings concurrently. The classical subject matter, the nudes, that kind of secular subject matter drops out completely, so it’s only religious paintings and Christian subjects but done in a very severe manner, reflective of this more somber, severe time,” Ilchman explains.

Works from this period in the artist’s life include “Mystic Crucifixion” and “Virgin and Child with the Young Saint John the Baptist,” to name a few.

Before his eventual execution (the Renaissance was not kind to those who lost power), Savanarola oversaw a first and second “Bonfire of the Vanities,” which involved the burning of fancy clothes, secular books, secular art, and other materials deemed frivolous or sacrilegious.

“It’s fair to assume that Botticelli’s works might have gone up in flames,” Ilchman says, had the people of Florence not overthrown the despot. It was a tumultuous time in the city’s history, which Ilchman says is reflected in the artist’s work.

“Botticelli is witness to all of these convulsions in Florentine society, from the golden age of the Medici through the time of Savanarola, and the sort of bleak period that followed.”

Though many people get their first exposure to Botticelli through a reproduction of the “Birth of Venus,” Ilchman says there is an incredible attention to detail in his work that can only be appreciated through in-person observation.

“There is a level of sophistication to the way he makes the glow of light on skin, flowing draperies in the breeze, little details of landscape, hair fluttering,” he says. “It’s just extraordinary. Botticelli in person is something that I urge all the visitors to enjoy.”