The Kimpton Onyx Hotel Is Decorating with Instagram Art 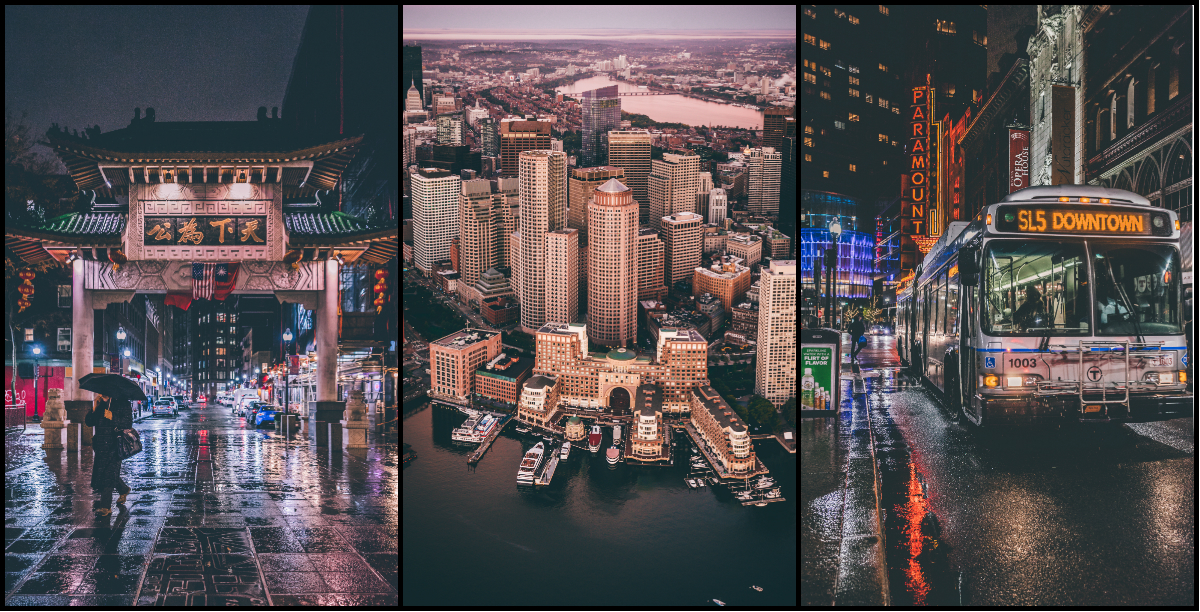 The last time you checked into a hotel, you probably spent some time apathetically glancing around the lobby, waiting in line at the front desk and wishing you could just get your key card and drop off your luggage already. As you scanned the room, perhaps you noticed how nicely the generic landscapes and modern, brushstroke-y abstract art on the walls complimented the furniture, carpet, and drapes. This is the case in most hotels—artists are commissioned to create works that match the hotel’s interior design, so that weary travelers like you aren’t distracted by clashing color schemes.

Not the West End’s Kimpton Onyx Hotel. Instead, the hotel recently announced that they are building their art collection in a rather unconventional way—by curating a collection of images of Boston posted to social media. But don’t start imagining that iPhone photo you took of Acorn Street/the Prudential Center at sunset/your cannoli at Mike’s Pastry hanging on the wall in the Onyx’s opulent lobby—the only photos considered for now will be those posted via Following Boston, a social project that celebrates local, talented “social photographers.”

“Social photography” refers to the act of taking photos for the purpose of posting on social media, a hobby that didn’t even exist before the birth of Instagram seven years ago. The practice doesn’t exactly have the best rap in the professional shutterbug world—the term tends to conjure up mental images of “like”-thirsty millennials crowding the swings at the Lawn on D or taking aerial shots of their brunches, dedicated to the generational motto of “doing it for the ‘gram.” But, by partnering with Following Boston, the Onyx is showing that social photography can be an art in its own right—one that deserves to be taken just as seriously as the stuff of the pros.

“The Onyx partnership with Following Boston perfectly complements Kimpton’s boutique lifestyle brand,” explains Jessica Lavin, general manager at the Onyx. “The synergy of this collaboration really brings to light, on many levels, the local artists who are expressing their talent through the exciting medium of photography. This first-of-its-kind partnership lets guests of the hotel engage with both the photographers and the city in a personal way—seeing Boston from an insider’s point of view.”

One of the artists whose work will be featured at the Kimpton, Saili Kline, is a textbook example of a social photographer: when she moved to Boston a year and a half ago, she did not even own a camera. However, she was so impressed by the city’s beauty that she found herself snapping photos with her phone everywhere she went. “It’s funny because I liked those first photos when I took then, but I look back and think they’re terrible,” she laughs.

After about three months of iPhone photography, Kline bought a camera and taught herself the basics of shooting and editing by watching YouTube videos. Through Instagram, she began to connect with other local photographers and joined them as they went out shooting. “It’s pretty cool, actually,” Kline says. “It’s important to meet other people who have different styles and learn from them. Even though I’ve been a photographer for a year, I want to learn more.”

Now, a mere year and a half after buying her first camera, Kline has begun to professionally freelance—but she still manages to find time to post on Instagram for her 13,000 followers. “Beauty isn’t cookie-cutter,” she wrote in the caption of a recent post, an edgy shot of a street in Chinatown.

And that’s exactly the kind of beauty that the Onyx wants on its walls.