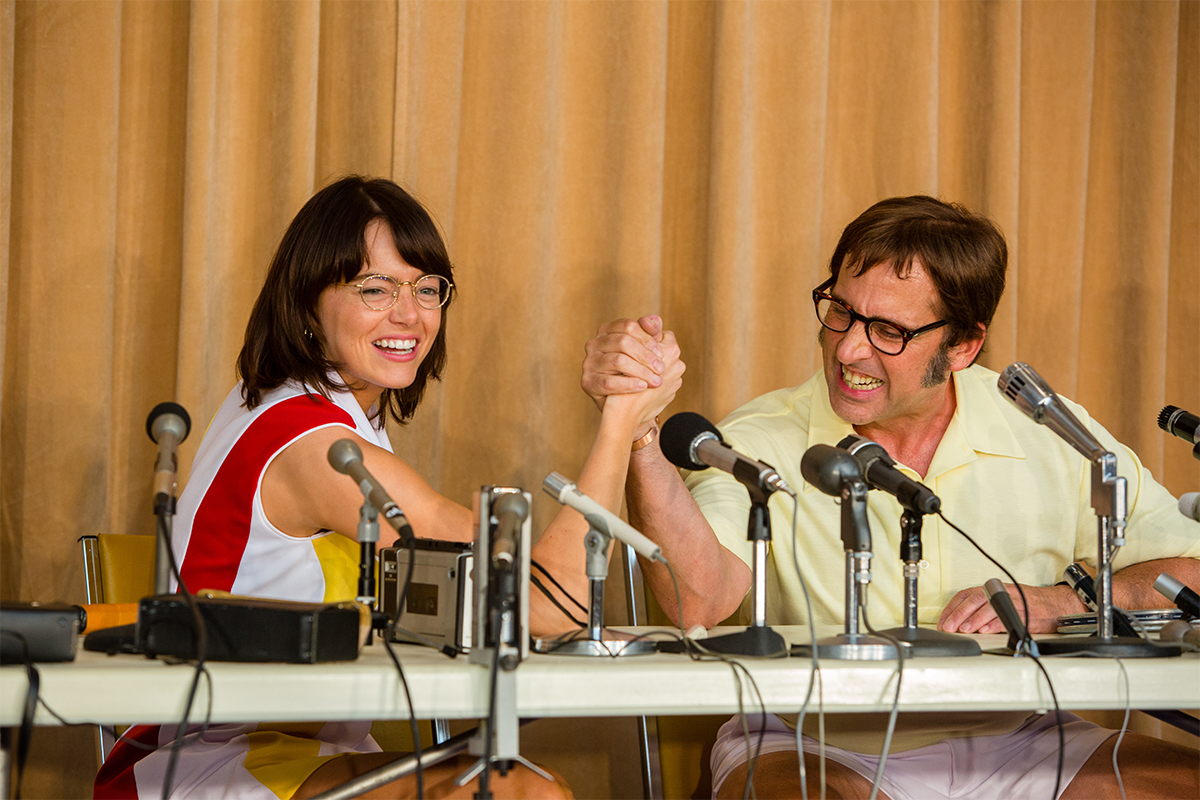 If you enjoyed the wigs of Anchorman but were hoping for a bit more tennis action, then we’ve got the film for you: The first trailer for Battle of the Sexes is here. The movie depicts the infamous “Battle of the Sexes” tennis match between an in-her-prime Billie Jean King and aging tennis pro Bobby Riggs. Set in 1973, the movie stars Emma Stone and Concord’s Steve Carell, respectively.

It’s a reunion for the two, who played daughter and father in Crazy Stupid Love, and also a reunion for Carell with the directors of Little Miss Sunshine, which provided one of Carell’s early dramatic roles. The trailer, perhaps unsurprisingly, offers all the blunt misogyny of a world in which men thought it was perfectly OK to say whatever they wanted about women. After all, it was the ’70s, a wildly different era than our current one, where you definitely can’t get away with saying anything like that.

The movie comes out September 22.