The Rickmobile Is Coming to Boston

The rolling tribute to Rick and Morty is headed to Dewey Square this Saturday. 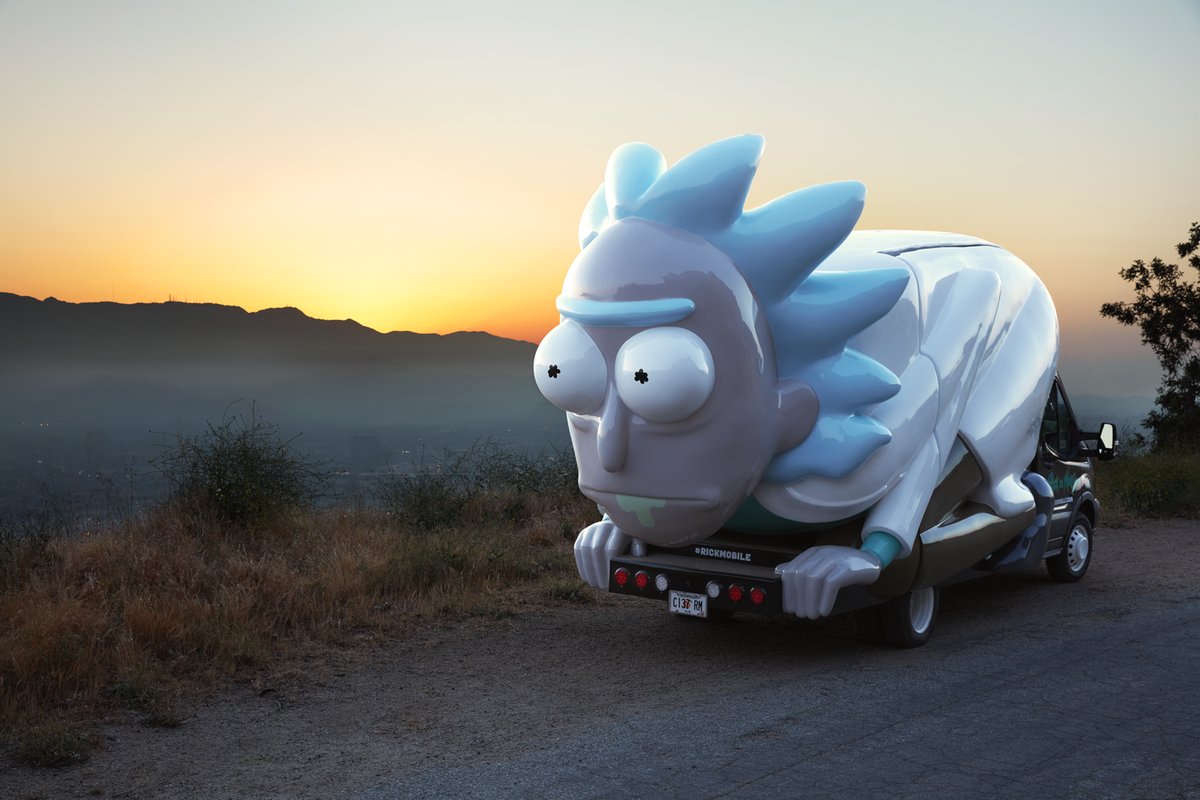 Fans of Rick and Morty, prepare yourselves: The Rickmobile is coming to Boston.

A rolling tribute to the popular TV show is making its way across the country and will be stopping at Dewey Square by South Station this Saturday, May 20, from 3-6 p.m. It had been slated to appear on Newbury Street, but plans have changed.

For those who don’t know, this thing is weird as hell. It’s essentially a massive, shiny sculpture of Rick, the cartoon’s co-star, perched on the back of a truck. It has a drool-stained lower lip and two big bug eyes that stare directly at anyone who happens to be driving behind it.

When it gets to stops on its nationwide tour, which is called the Don’t Even Trip Road Trip, the Rickmobile’s sides open up, and merchandise from the show (hats, shirts, posters, ceramic jars) is sold from inside it.

Rick and Morty, a surrealist sci-fi cartoon about a boy and his drunken scientist uncle who go on outlandish adventures together, has attained something like cult status among its most loyal fans, who love the nonsensical in-jokes it’s provided over its three years on the air. Earlier this year, after the show name-dropped a short-lived McDonald’s Szechuan dipping sauce from 1998, a bidding war ensued and someone paid nearly $15,000 for a vintage packet of it. A Change.org petition to bring the sauce back has nearly 40,000 signatures. So its producers have made a habit of doing unusual things to promote the show—after fans clamored online for new episodes this year, Adult Swim aired a new one, unannounced, on April Fool’s Day. Hilarious, right?

Now they’re dispatching a semi-horrifying tour bus shaped like a huge, intoxicated man to freak out commuters and thrill devotees from coast to coast from now until October. Wubba lubba dub dub.

I guess you could say the first stop on the #donteventriproadtrip was a success @rickmobile #Atlanta pic.twitter.com/tUzTPdIN43