David Ortiz met hundreds of Red Sox fans at a book signing for his newly released memoir, Papi: My Story. 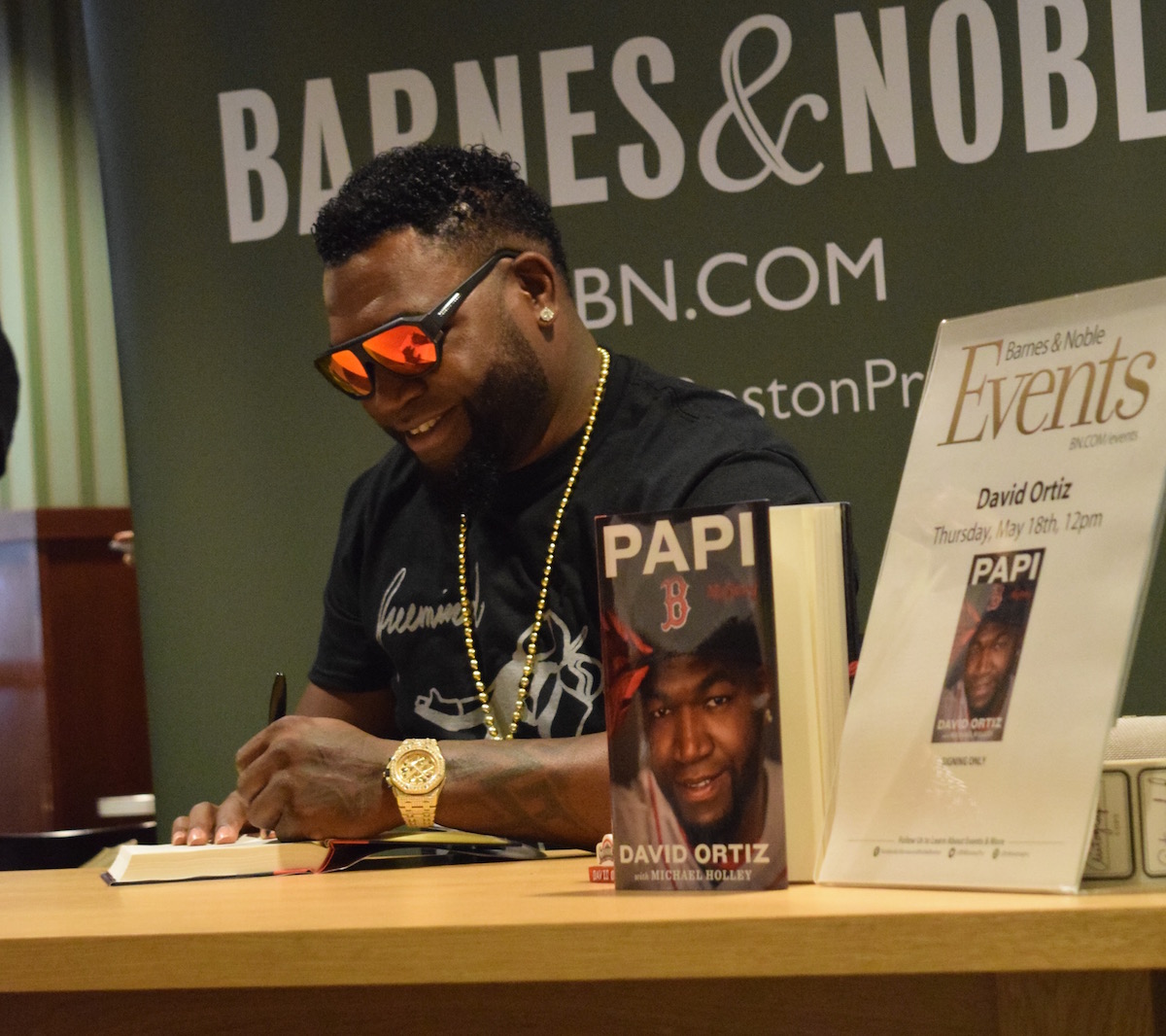 It seems there’s no space David Ortiz can enter without cheers in Boston, be it Fenway Park or a bookstore. When he entered the cafe at the Barnes and Noble in the Prudential Center on Thursday morning, resounding cheers of “PAPI PAPI PAPI” filled the air.

The event was held to celebrate the release of Ortiz’s new memoir, Papi: My Story. Co-written with sports commentator and writer Michael Holley, the book tells all the stories of Ortiz’s time with the Red Sox and his childhood in the Dominican Republic.

Ortiz greeted guests and signed books, wearing mirrored sunglasses and plenty of jewelry, as music played from a small speaker beside him.  When asked by a fan why his World Series rings weren’t among his bling for the event, Ortiz laughed and responded, “It’s too big.”

Though each fan only got to interact with the Red Sox star briefly, Ortiz made each moment of the loosely organized chaos count. Over four hundred people came to the Prudential Center for the event, but Ortiz’s personality never seemed to waver, and he often took the time to include personalized messages in the books.

He spoke to fans in English and Spanish, occasionally tossing quips in Spanish back to the posse who had come with him. Extra attention was given to his younger fans, who got fist bumps and big, toothy grins from Ortiz like any teammate or friend. 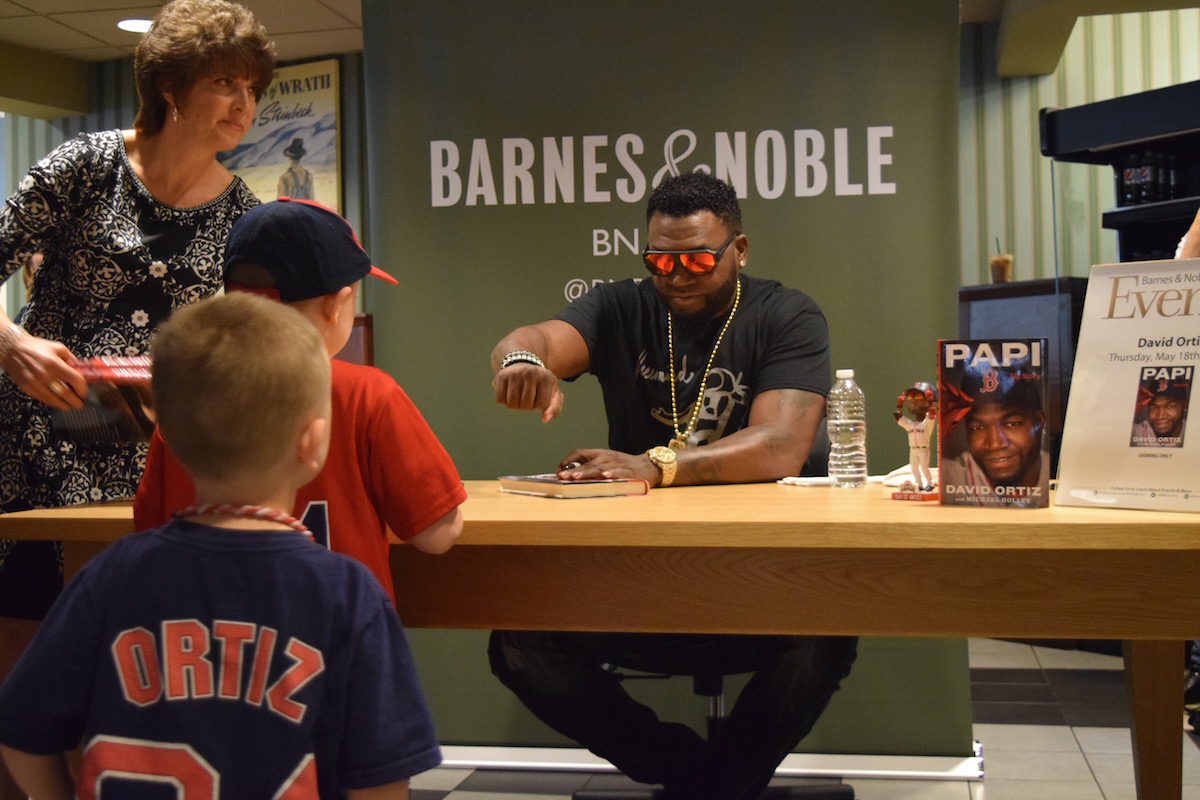 Many of the fans had been lined up since early that morning, but one young fan was so determined to be the first in line that he and his father arrived just shy of 2 a.m. to wait for the event. There were many young fans and parents who considered a chance to meet Big Papi a perfectly valid reason to miss a day of school or work. Others were too young to even worry about missing school, including one who was born on the day of Ortiz’s last game.

Though it’s strange now to watch a game at Fenway without Ortiz stepping up to the plate, it’s nice to see him continuing his connection to the city. As for how retirement is treating him, when asked what he’s been up to, Ortiz laughed and responded “Not much, brother, not much.”