It's the summer, so Gronk had to find something to do before reporting to Patriots' camp. 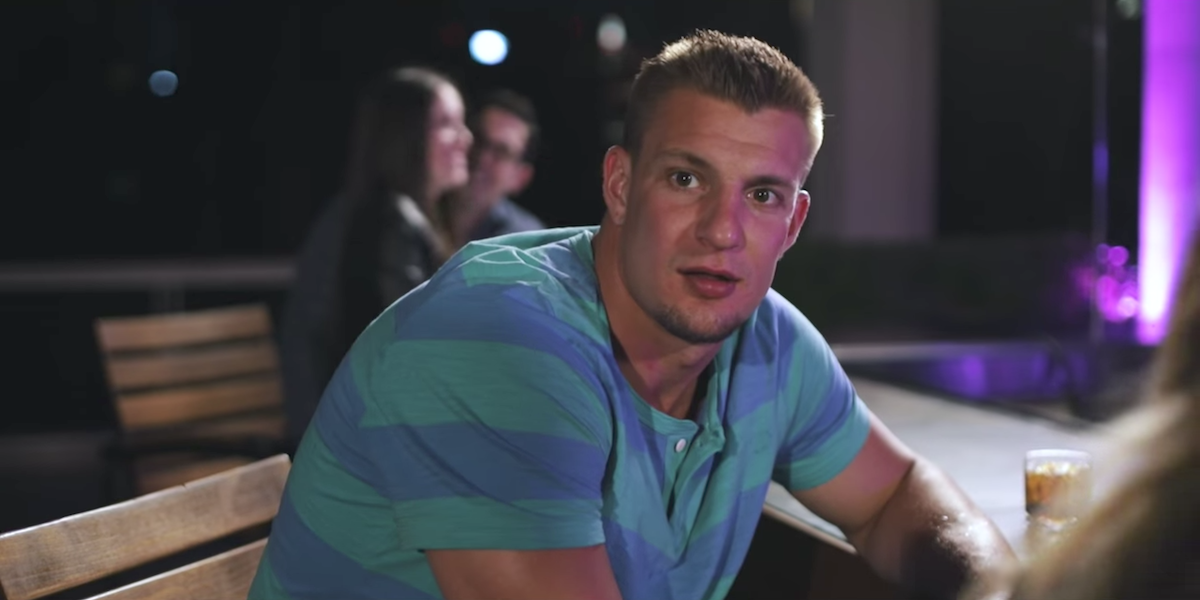 Rob Gronkowski can add “music video star” to his ever-growing list of achievements. On Wednesday, DJ Justin “3LAU” Blau dropped his new video for his song “On My Mind” and the Patriots star appears front and center.

The video features the daydreams of our protagonist as he drifts off during a date with none other than WWE star Mojo Rawley. Gronk first dreams about a messy carwash, before a second vision shows him serving as a platter for a sushi feast, and finally taking part in a trampoline pillow fight. The one thing all the dreams have in common? A crowd of barely dressed women join him for all of them.

According to US Weekly, the Gronkowski brothers all met 3LAU in Ohio at a club. The group was hanging out in Houston in advance of this year’s Super Bowl when what started as a joke about the tight end being in a video quickly became a reality. According to Blau, Gronk “he got super excited and told me that he’d always wanted to try something different like that!” Rob Gronkowski: Renaissance Man?

Gronk has been trying a lot of new things lately, including film, but this time it’s for a good cause: US Weekly also reports that profits from the song will go towards 3LAU’s goal of raising $30,000 for the ACLU.