Dozens of really, really big boats will arrive in Boston Harbor this weekend. 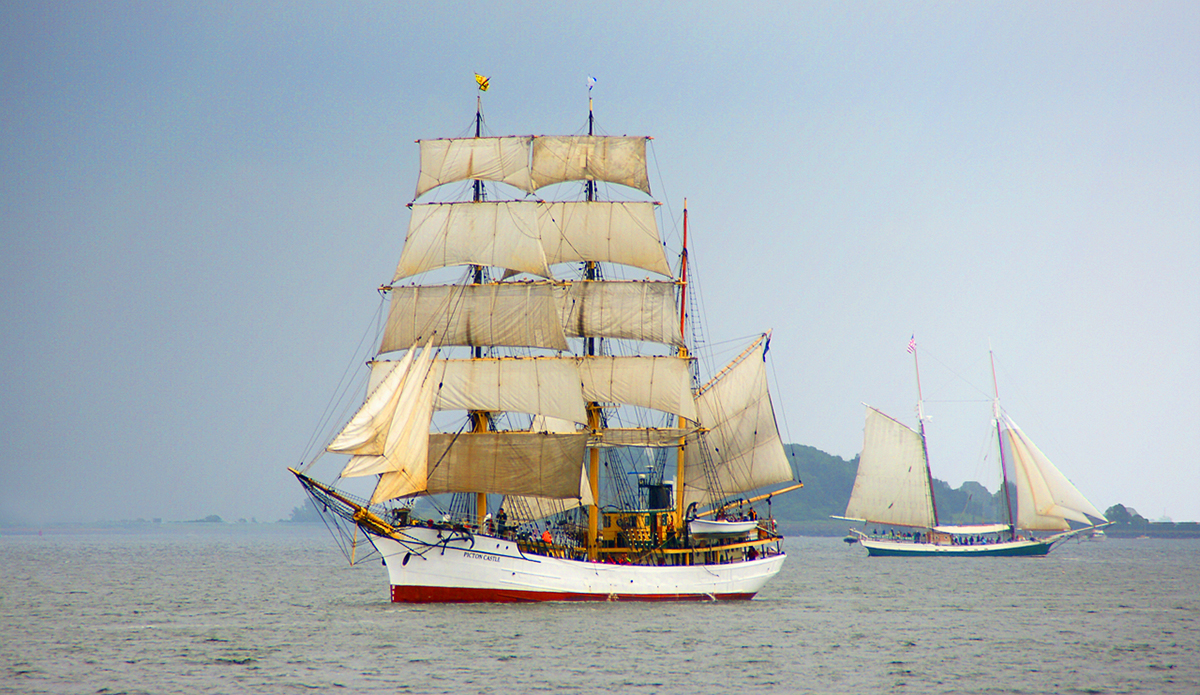 More than 50 tall ships from 14 countries are scheduled to cruise into Boston Harbor on Saturday for the Rendez-Vous 2017 Tall Ships Regatta. When they get here, they’ll make up the largest congregation of tall ships in a North American port in almost 20 years.

The gigantic, towering fleet will make their entrance for Sail Boston’s Grand Parade of Sail at 9 a.m., kicking off the tall ships’ five-day stay in Boston Harbor. The vessels will cruise along the waterfront, flaunting their characteristically high masts and abundance of huge sails, until 3 p.m. Then, the ships will dock at various wharves, allowing the public to hop aboard for free tours. Sail Boston has organized concerts, educational workshops, military demonstrations, parades, and other events for the tall ships celebration, which takes place from June 17 to June 22.

It’s the first time since 2000 the complete Tall Ships Regatta has graced Boston Harbor. In 2009, a smaller version of the regatta stopped in Boston—it was scaled back due to security costs.

Boston is the only American port the Rendez-Vous 2017 Tall Ships Regatta will visit this year. The trans-Atlantic regatta originated in Royal Greenwich, United Kington, and raced to Portugal and Bermuda before setting sail for Boston. From here, the ships will head north to Canada, where they’ll take part in celebrations in Quebec City and Halifax. This year’s Tall Ships Regatta marks the 150th anniversary of the Canadian Confederation: when the British colonies of Canada, Nova Scotia, and New Brunswick were united into the Dominion of Canada.

No matter where in the world they are, the tall ships prove that folks across the globe love really, really big boats. (The largest one this year is 380-feet-long.) The tall ships’ Boston arrival is estimated to bring in millions of spectators—expect them to descend upon downtown, the Seaport, the North End, Castle Island, Charlestown, and East Boston.

Aside from dodging street closures, visitors will have to pay attention to the list of prohibited items, which includes backpacks, coolers with wheels, and bicycles. You can see the full schedule of events, where to watch the ships, plus what and what not to bring at sailboston.com.