By I'm a scraper
TV 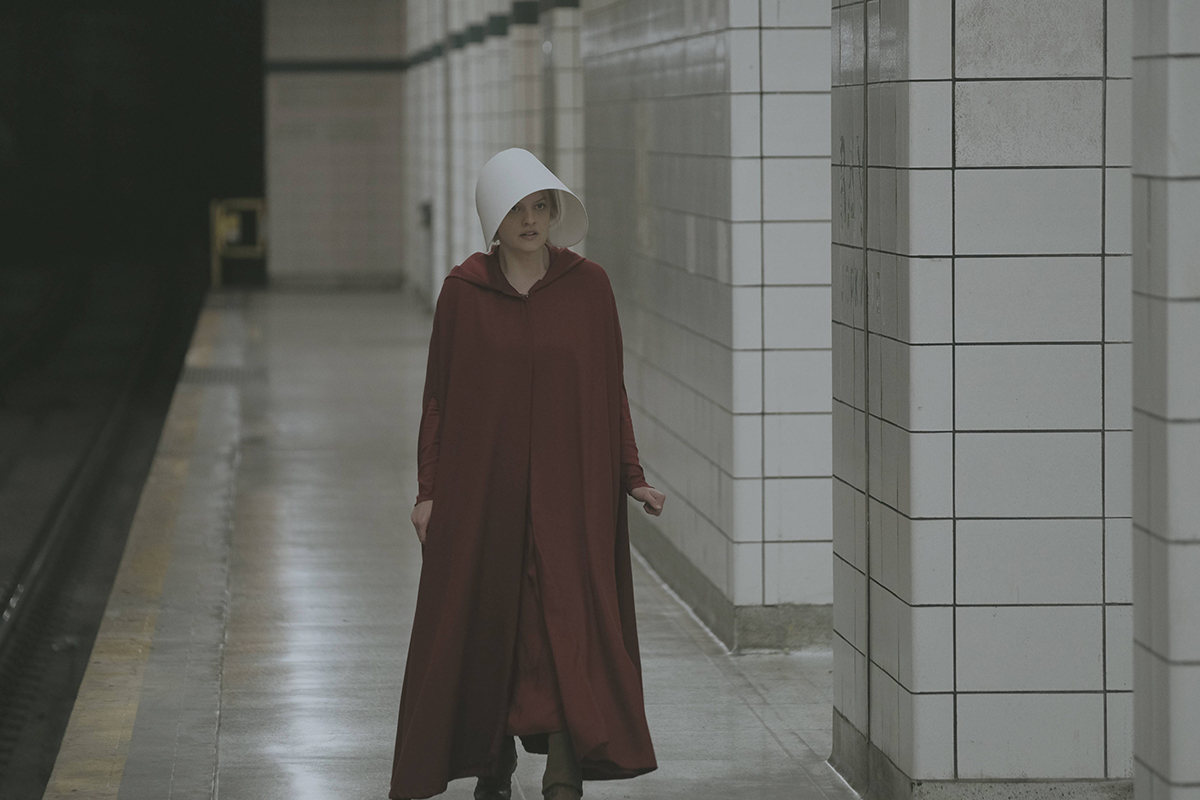 If you’re not yet engrossed in The Handmaid’s Tale, the Hulu series based on Margaret Atwood’s 1985 novel, there are two things you should know about it. First, it examines a society taken over by a totalitarian regime, where prominent families combat a declining birth rate by forcing women to become surrogates, or handmaids. Second, it all takes place in near-future Boston.

The story of daily life in this all-too-real dystopia unfolds in Gilead, an oppressive society in what was once the United States. There, women are stripped of autonomy over their bodies (sound familiar?), and must submit themselves to Gilead’s male Commanders. The storyline is particularly alarming because, at times, it seems almost plausible: “When they slaughtered Congress, we didn’t wake up,” laments the main character, a handmaid named Offred. “When they blamed terrorists and suspended the Constitution, we didn’t wake up then either.” The show’s realistic qualities are never more apparent than when there are references to Boston, Cambridge, and Somerville.

The Handmaid’s Tale was filmed in Toronto, but there are plenty of subtleties indicating the show takes place in Cambridge and Boston. Aside from inserting references to the T, local landmarks, and some nearby towns, the show’s creators even took care to decorate the homes in the show with artworks found in the MFA. It’s these small details that grip Bostonians with a deeper fear than that of the average viewer—they make it all a little too real.

Wondering what we mean? Here are five Boston references that startled us. (Yes, there are spoilers.)

In episode four, Offred and Moira plan to escape Gilead by boarding a train to Boston. They successfully make it to a T station, but become confused when they realize all the familiar signs are missing. The scene then cuts to a man chiseling an “Arlington” mosaic off the wall. Bostonians know that Arlington station is, of course, already located in downtown Boston. So, the geography is a bit off—but that doesn’t make it any less chilling.

2. Offred looks back on life in Davis Square.

In episode three, Offred has a flashback to life before living with the Commander, while she’s spending time with Moira at her apartment in Somerville. As Moira is getting ready to leave, Offred’s husband Luke offers to walk Moira to the T. “Hey, Davis is closed. You’re gonna have to take the train at Alewife,” Offred says.

3. There’s a Red Center in Needham.

During a scene in the dining room in episode four, Serena Joy tells the Commander that an Aunt has escaped from the Needham Red Center—a place where where women are forced into learning to become handmaids. This Aunt escaped to Canada, a safe place for former U.S. citizens.

While on a walk with Ofglen in episode two, Offred reveals she’s from Brookline. “Do you work in the city? Or did you?” Ofglen asks. Offred says yes. She was an assistant book editor in Boston—that is, before all women were outlawed from handling their own finances.

5. The Commander and Offred cross the Charles River en route to Boston.

In episode eight, the Commander takes Offred to a speakeasy of sorts in Boston, filled with pre-revolution relics like drugs, alcohol, and prostitutes. In order to get there, they must get past a checkpoint by crossing a bridge over the Charles River. “We must be crossing the Charles into Boston, or what used to be Boston,” Offred thinks to herself.

Have any other favorite eerie Boston moments from the show? Let us know in the comments below.