Everything You Need to Know About Nantucket’s Hottest New Hotel

The Greydon House combines the feel of a classic island inn with a trendy boutique hotel. 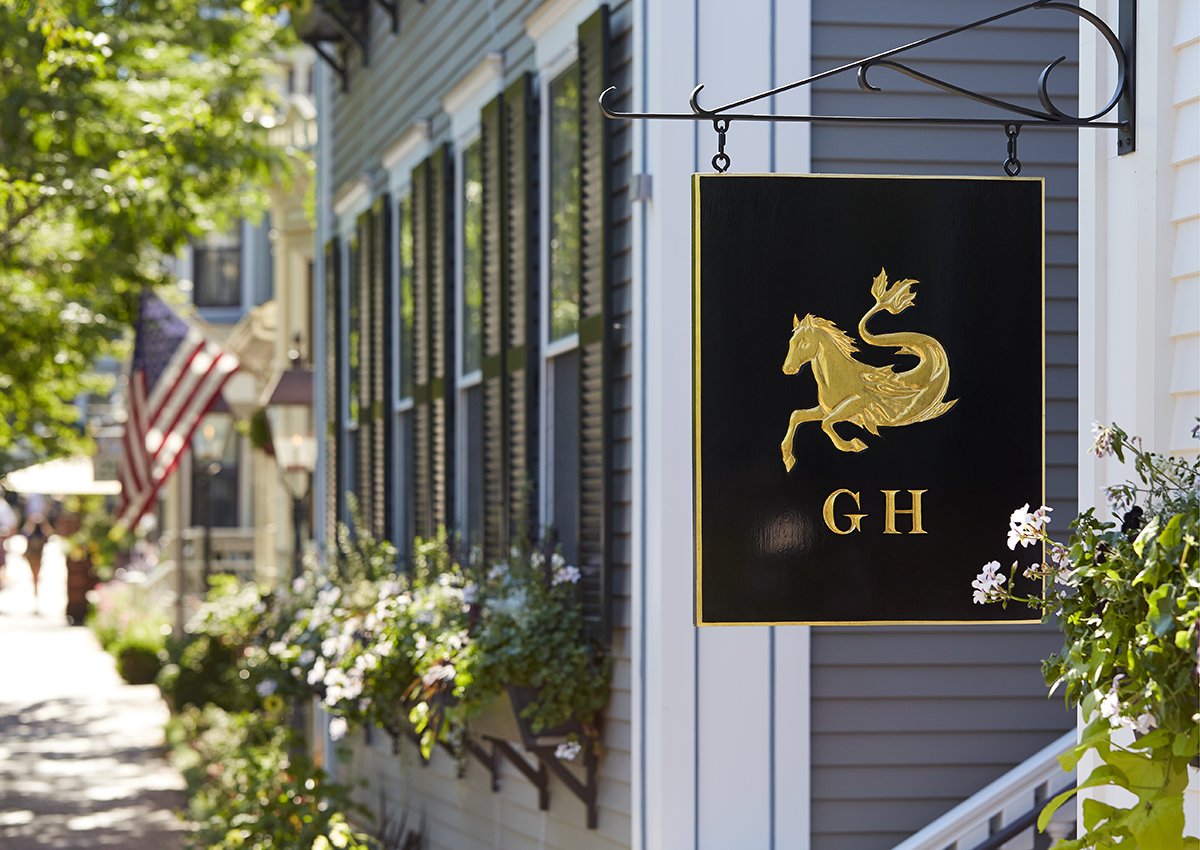 Nantucket natives aren’t exactly known for embracing change. When any new structure challenges the island’s classic clapboard-and-shutters style, it generates pushback from residents. So a brand new hotel springing up on the corner of Broad Street and Federal Street—right in Nantucket’s historic downtown—is a major deal. But the hotel, called the Greydon House, is committed to living up to the legacy of its location. This is evident in the painstaking attention to detail in every aspect of the hotel experience, from dining to interior design.

First-time hotel owners Elliot Gould, Jeremy Leventhal, and Alex Leventhal, of Faros Properties, are the brains behind the operation. The Newton-raised trio is responsible for developments such as 20 Ashburton Place. Their Boston real estate roots run deep—their father Alan M. Leventhal founded the private real estate investment firm Beacon Hill Partners, and a generation earlier, their grandfather Norman B. Leventhal built and renovated some of the most notable landmarks in the city, including Center Plaza, Rowes Wharf, and South Station.

In its much-anticipated first summer season, Nantucket’s newcomer hotel is off to a successful start, preparing for its official seven-day-a week opening on June 19.

“We’ve had the entire winter season to fine tune the staff and decor and all the details of the hotel. So the guest experience is as good as it can be,” Gould says. “In the off-season we’ve trained our staff to treat each guest like a VIP.”

Once the summer season begins, guests and island-hoppers alike can enjoy the expanded seating in the hotel restaurant. The 44-seat restuarant and bar will more than double, growing to 90, with two new dining rooms opening.

In the months since the Greydon’s off-season October 1 launch, the hotel has had a diverse array of guests, hailing from California, Texas, New York, and Massachusetts, including the island itself.

“We are getting people from all over the country,” Gould says. “They’re coming from everywhere. Millennials, people who’ve been coming to the island for years who just want to experience the new hotel—there are people who live on the island who are staying with us just to experience something that the island hasn’t seen in a long time. Something new and creative.” 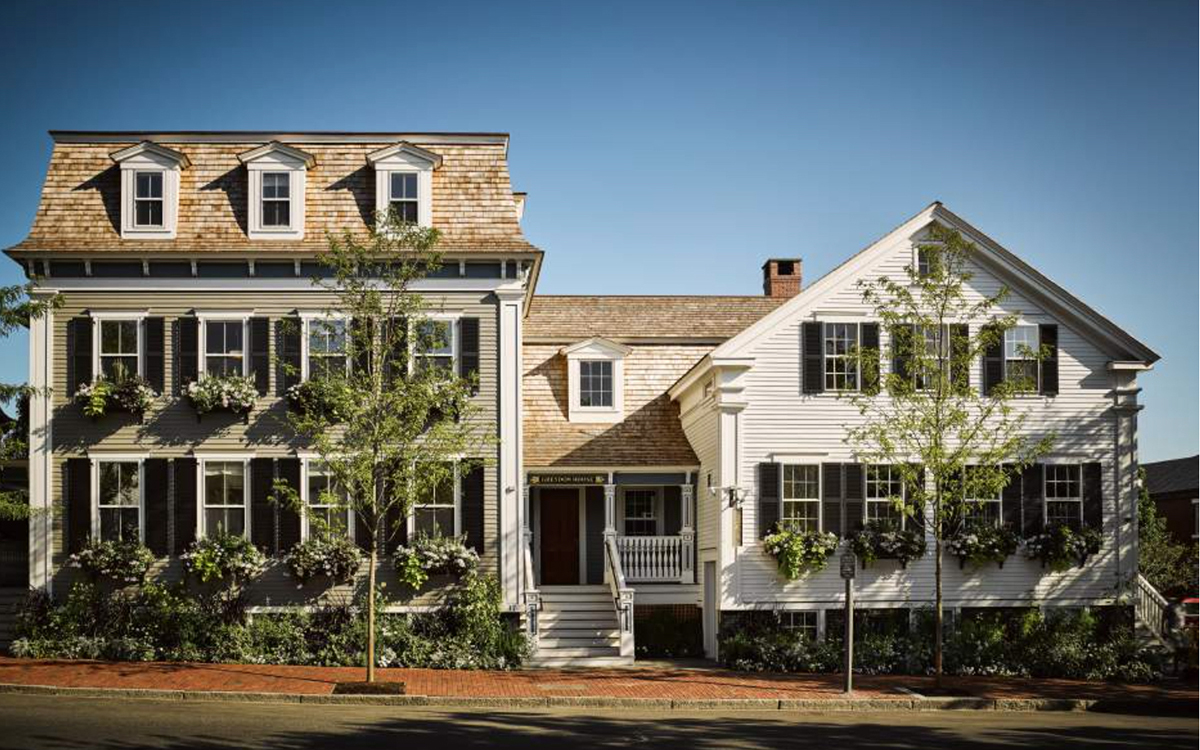 The exterior of the Greydon House / Photo by Douglas Friedman

The original structure of the 17-room hotel was a Greek Revival-style house built in 1850. It was the home and office of Dr. Wylie L. Collins and his family from the 1920s until recently. A three-story Second Empire-style addition, which holds 14 of the guest rooms and what will be the private dining room, was added to the historical home to complete the new building. The project, lead by local architect Matthew MacEachern of Emeritus, took nearly three years, and is the largest in Nantucket’s Historic District in 75 years. The name of the hotel is rooted in the island’s tradition, too. Greydon is an offshoot of Nantucket’s nickname: Little Grey Lady. 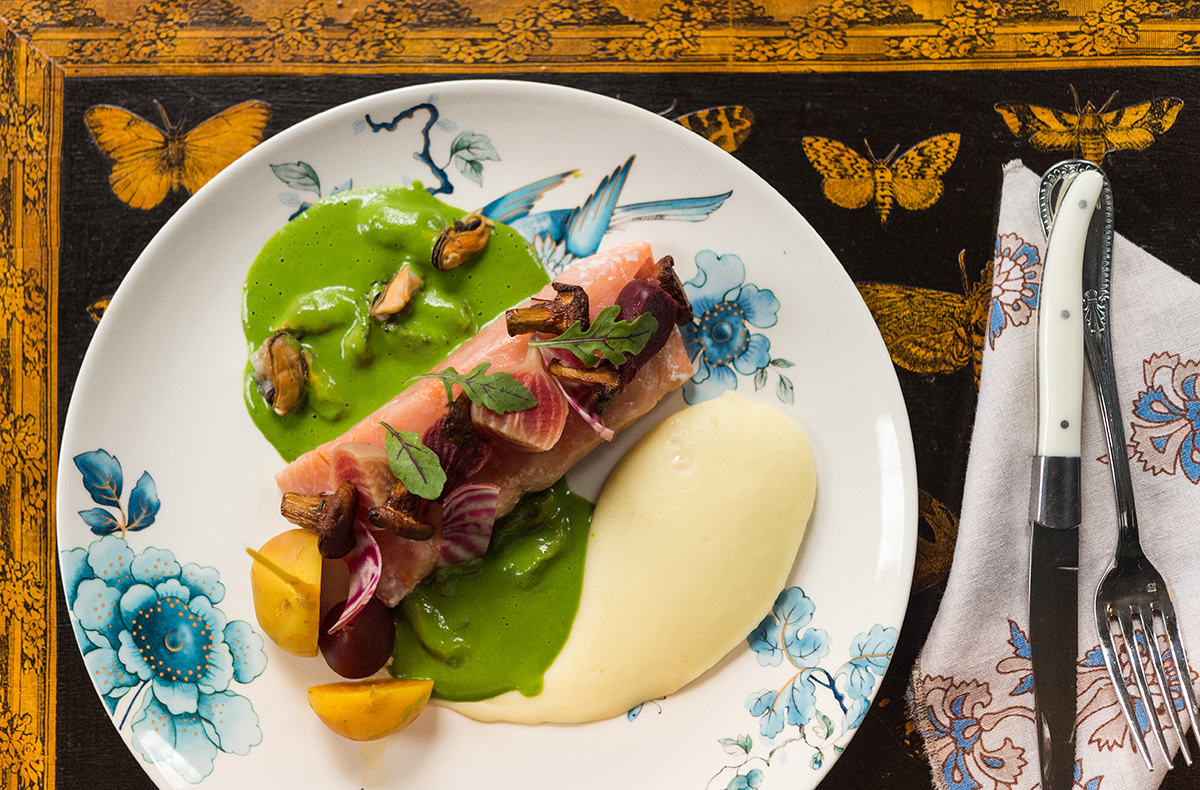 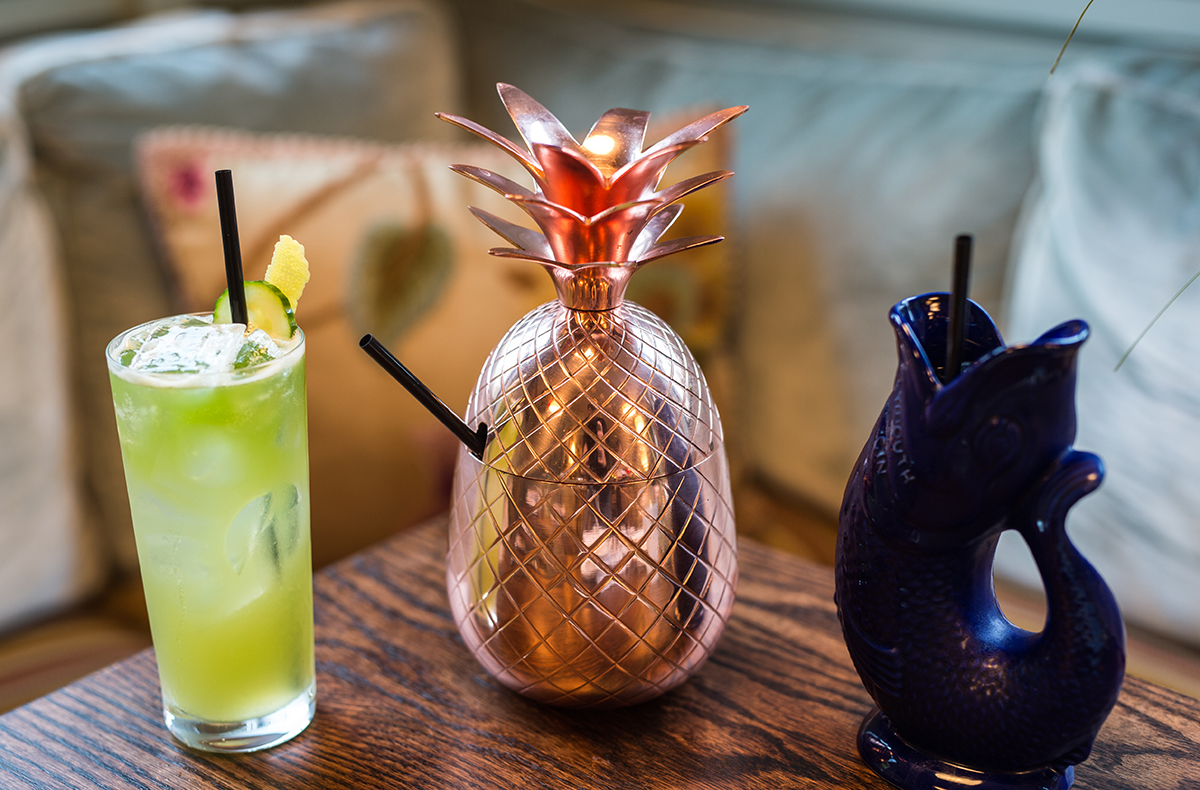 With Michelin-star winning executive chef Marcus Gleadow-Ware calling the shots in the dining room, it’s no wonder the Greydon House is as much of an exciting new venue to dine as it is to stay. The restaurant is one of the few on the island that’ll remain open year-round for lunch and dinner. The dinner menu serves up spins on traditional seafood dishes—gazpacho with crab, peppers, and fennel for the first course, and Florida shrimp with grits, lemongrass, and cilantro for the second. Jackson Cannon, bar director at Island Creek Oyster Bar and co-owner of The Hawthorne, dreamt up the cocktail list for the 26-seat bar. The whimsical selection includes concoctions like the Little Grey Lady, the hotel’s signature Plymouth gin cocktail, which blends St. Germain, lemon juice, and fortified wine. It’s served in a pretty, cobalt blue gurgling cod jug, to boot. 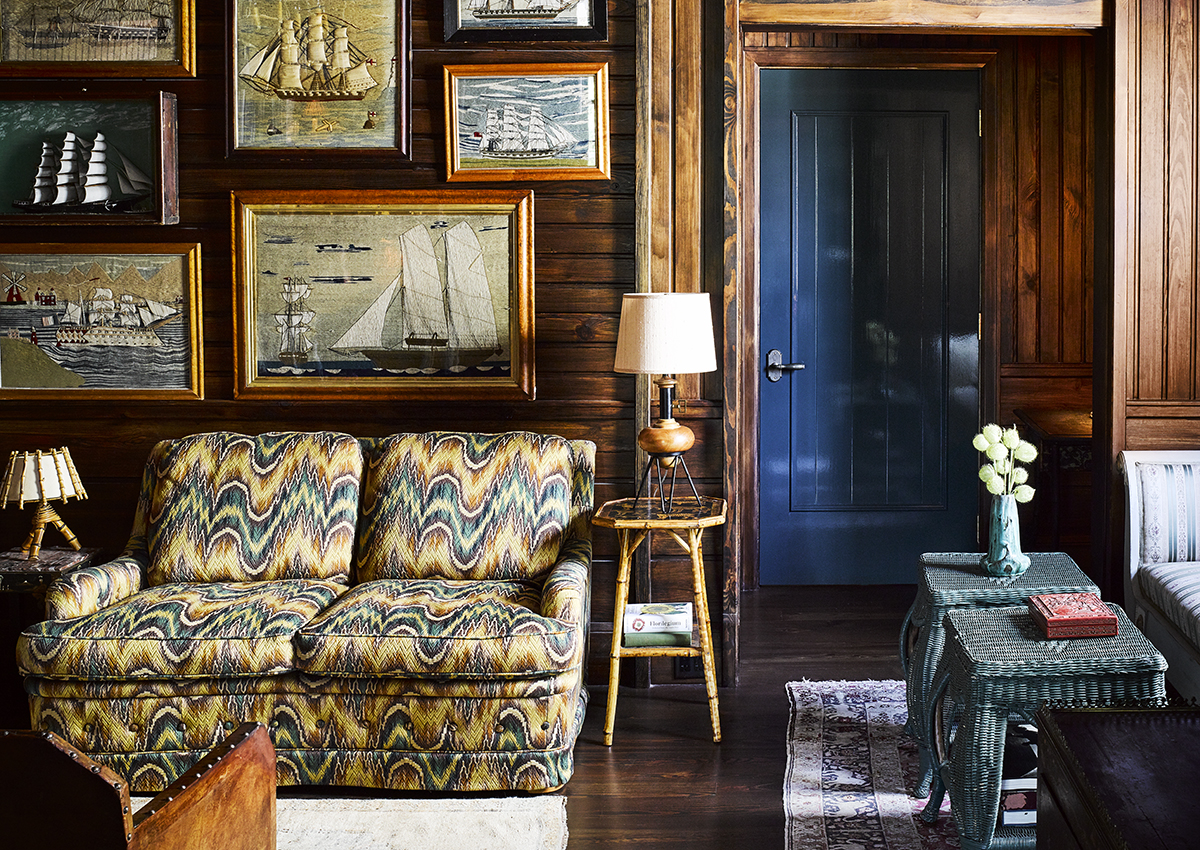 The Leventhals and Gould tapped Roman and Williams, the NYC-based design firm famous for their work on Ace Hotels and the Standard, to deck out the Greydon House’s interior. The designers tastefully express the island’s nautical style without a hint of kitsch or cliché. A fresh take on an old theme, the interior feels like the home of a sailor, with global antique touches that could double for keepsakes collected on an ocean voyage. The lounge is home to flame-stitched sofas and vintage wool-sewn framed nautical scenes on the walls. 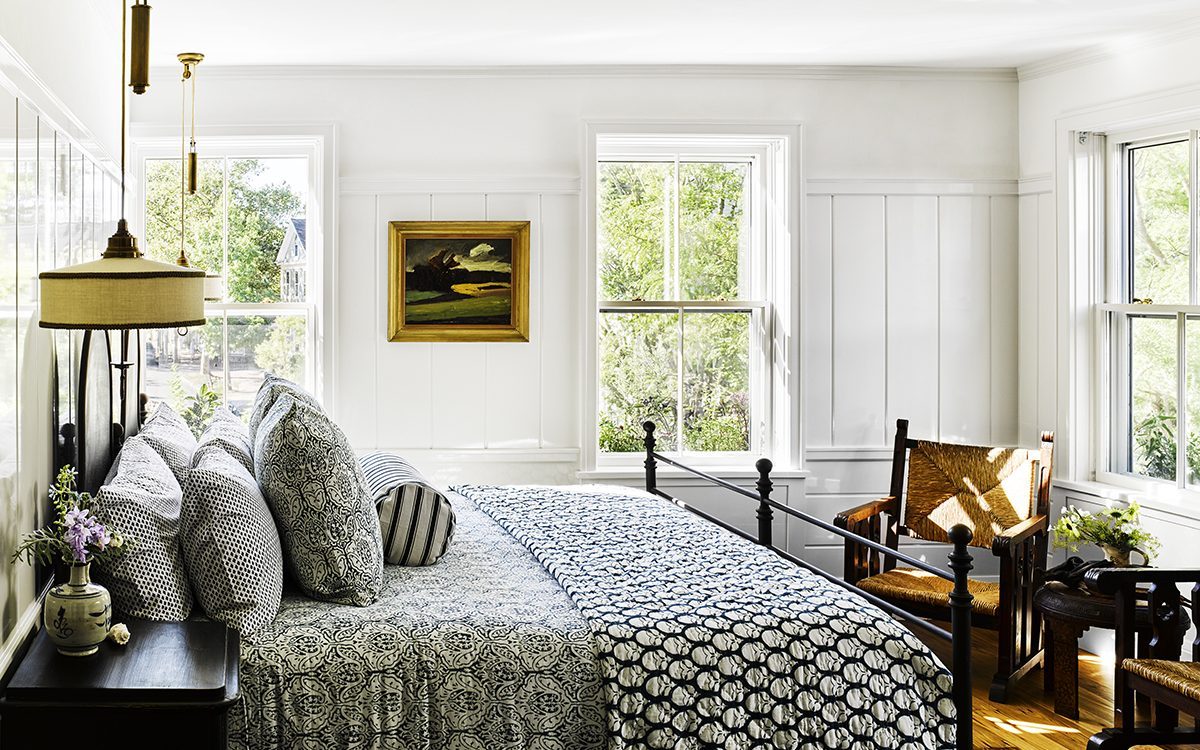 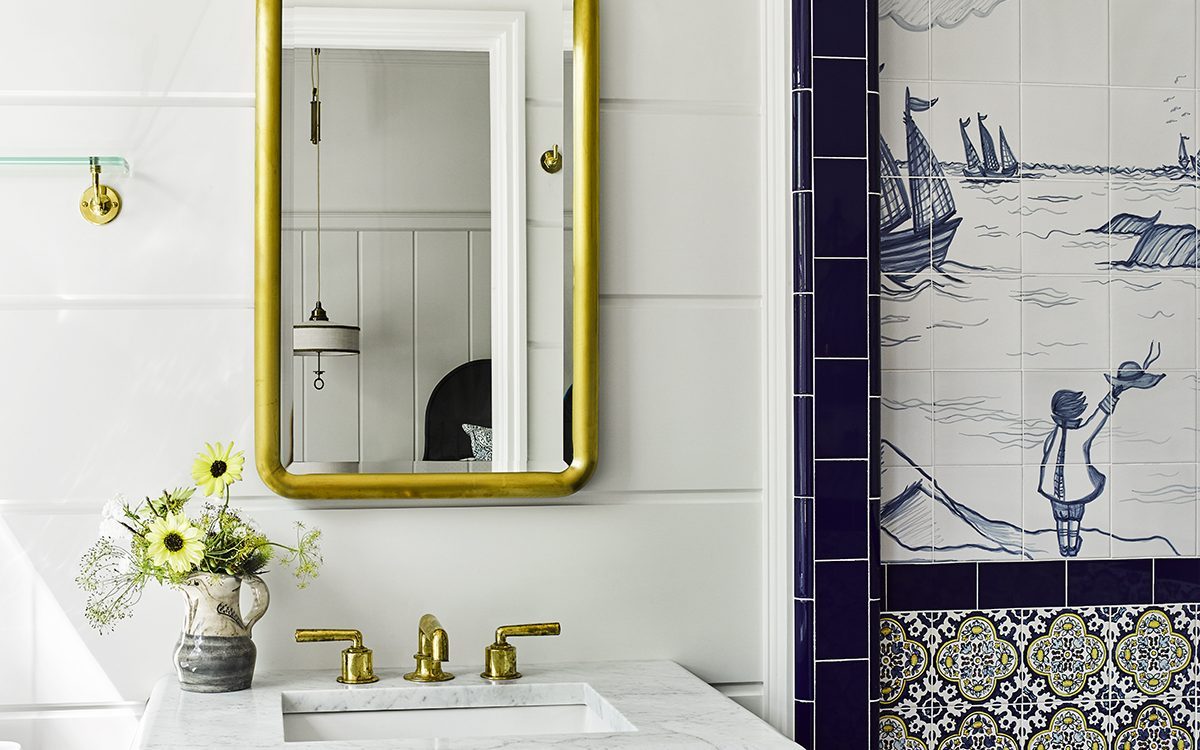 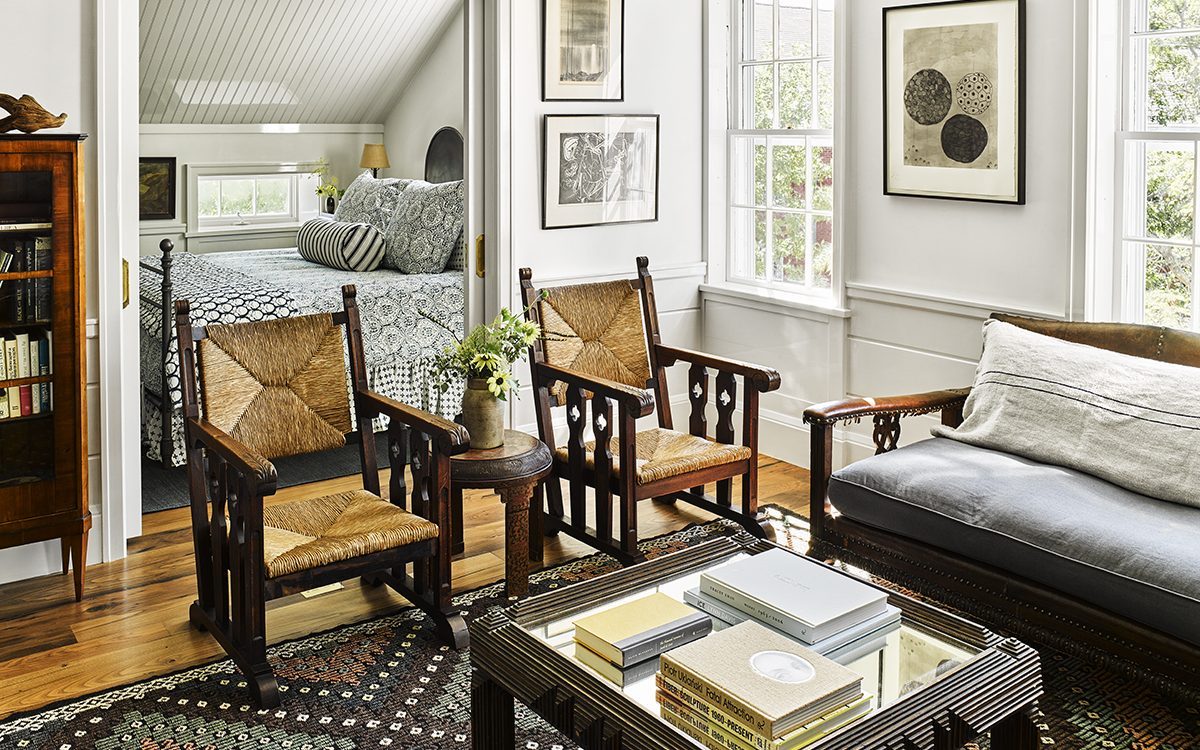 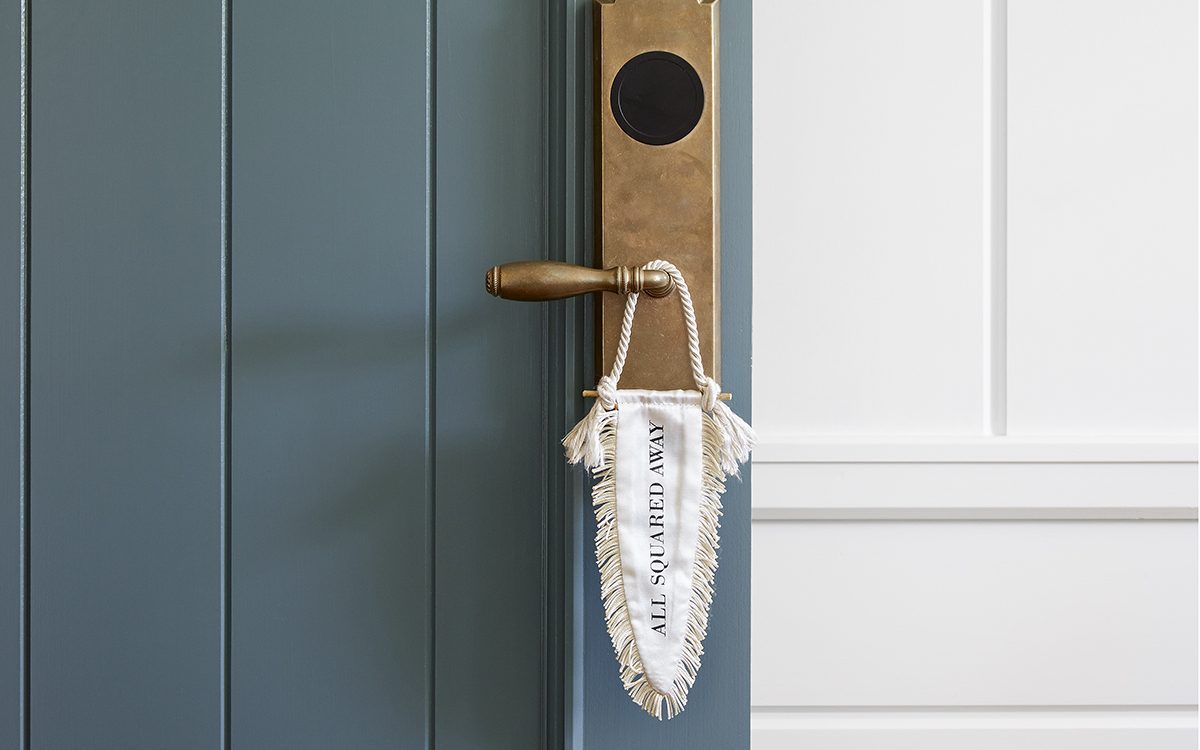 At the end of a long day of traveling, the place in your hotel that’ll matter most to you is where you can get some shut-eye. Stocked with a complimentary mini bar, free flip flops, a portable Bose Bluetooth speaker, and Turkish-made Peshtemal bathrobes, the Greydon House’s rooms fuse timeless decor with modern services. Roman and Williams-made light fixtures and iron bespoke beds dressed in John Robshaw and Les Indiennes bed linens ground the rooms’ design. The bathrooms are equipped with Aesop bath products, Follain soap, Waterworks brass fixtures, custom cabinets, marble countertops, and Portuguese painted-tile murals in the showers. Listen for the cocktail cart that makes the rounds through the halls regularly, and weather permitting, the ice cream cart outside.