A Wax Museum Will Open in City Hall Plaza This Summer

Prepare for a deluge of wax Matt Damon selfies. 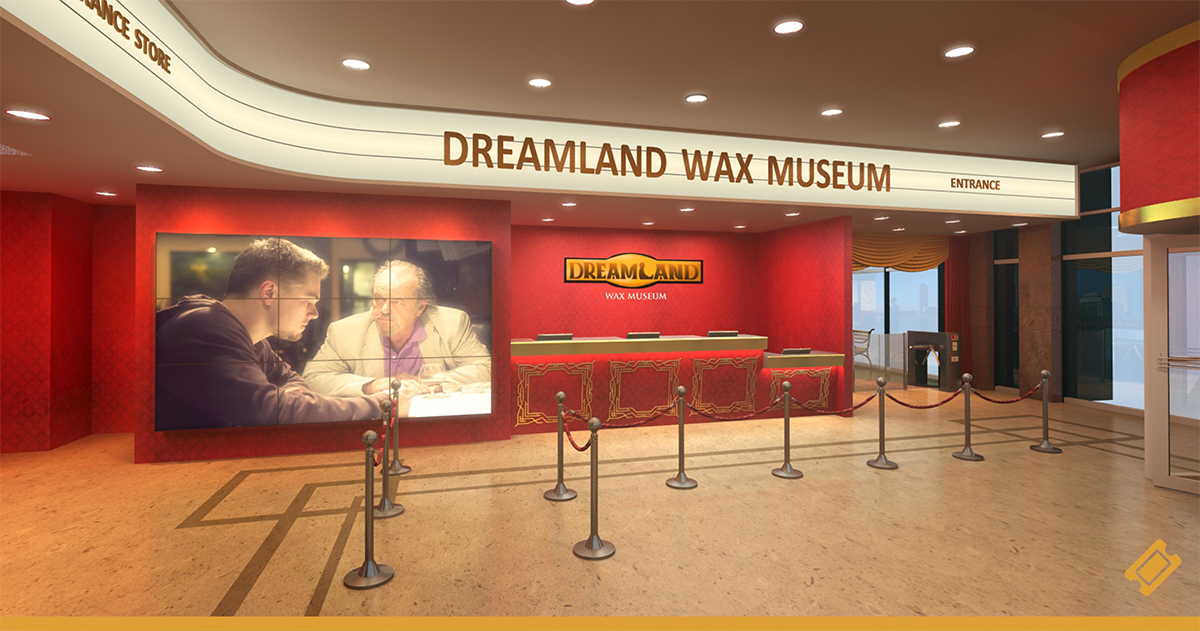 A rendering of the museum lobby, complete with a scene from The Departed / Courtesy of Dreamland Wax Museum

A new tourist attraction opening in City Hall Plaza this summer will offer visitors the opportunity to stare at Matt Damon’s face. A wax replica of his face, that is.

Finishing touches are being put on the Dreamland Wax Museum, a new museum set to open its doors in late July. It’s located next to Staples at 1 Washington Mall, and will pack more than 100 wax figures into 18,000 square feet across two levels.

The museum is the first U.S. venture of Brazil-based Dreams Entertainment Group, which operates more than 30 museums throughout Latin America. The group purchased the space for the museum in 2015, and to spearhead its launch, recently brought on Safr founder Michael Pelletz as its vice president of sales. Pelletz, who dreamed up the female-powered ride-hailing app last year, doesn’t want to give too much away about the museum, but revealed a few details about its layout.

The Dreamland experience combines history, education, and fun, says Pelletz. It begins with a walk through a replica of the Boston Common, which leads to a hall filled with wax figures of every U.S. president. Visitors can snap a photo with President Trump in the Oval Office before approaching world leaders such as Martin Luther King Jr. and Nelson Mandela. There will be glimpses of old Hollywood, the royal family, scenes from the 1950s, major players in the tech industry, plus plenty of contemporary actors, singers, and other celebrities.

“We have a big, huge ballroom where the celebrities are going to be wearing tuxedos and all that,” says Pelletz. “That’s where Matt Damon is.”

As for other Bostonians? A sports-heavy local lineup includes Ray Bourque, Larry Bird, Paul Pierce, and if we’re lucky, a certain Brookline-residing quarterback.

“We don’t want to tell too much. The whole thing is we want people to be surprised,” explains Pelletz. He says some figures will be rotated out every few months to make room for new ones, including more Boston-area notables.

When it opens, the Dreamland Wax Museum will be one of the only wax museums in New England, and will employ 50 people. Covers will be removed from the museum lobby’s windows on June 17, allowing the public to peek inside and marvel at two wax figures. The figures’ identities are a surprise, Pelletz teases.

“We are going to have one of the most innovative wax museums in the world,” he says, though the innovative technologies the museum will employ are also a surprise. Creating wax figures, however, is not a new craft. Institutions like Madame Tussauds date back to the 1800s.