Make Music Boston Returns to Give You Free Music

A free day of concerts in Boston offers shows in Faneuil Hall, the Lawn on D, and more. 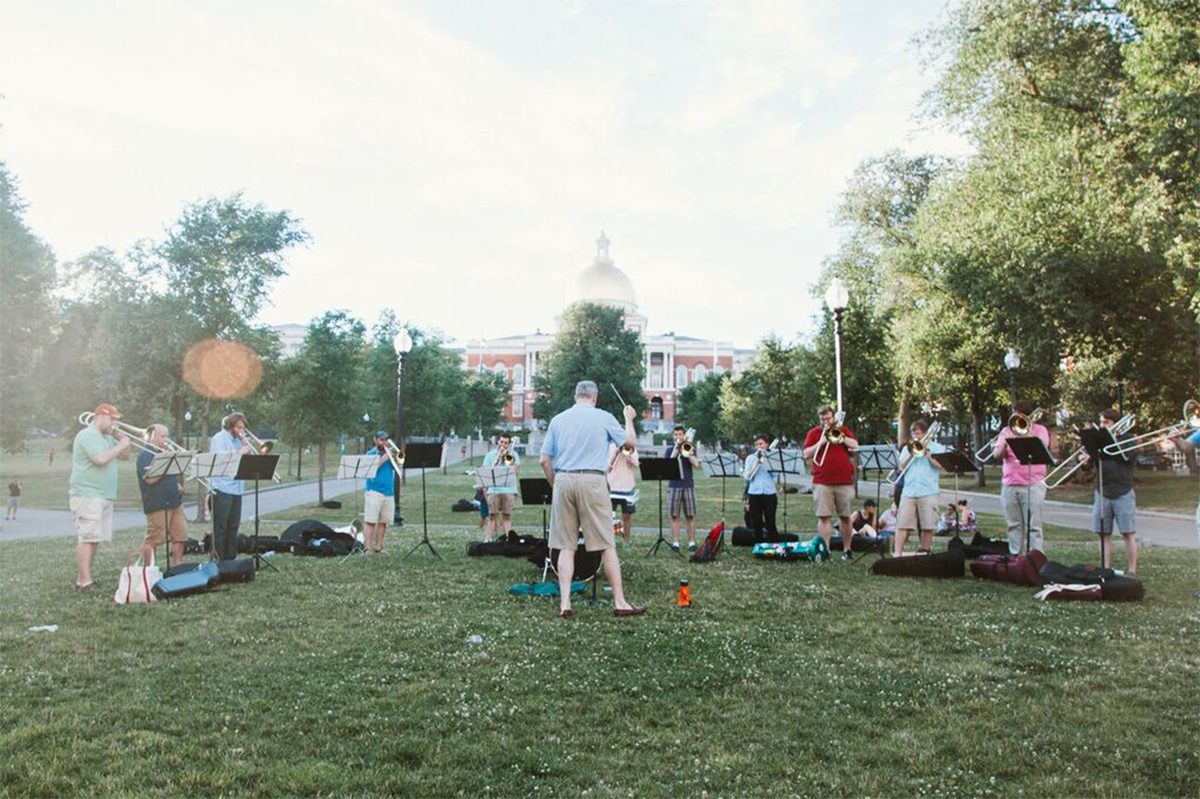 Live free music around the city is but one fun aspect of Boston’s long, hot summer days. But on June 21, local musicians won’t just be your savior on a quick lunch break or when you’re off the clock—they’ll be playing all day long in every nook and cranny in the city as part of Boston’s fourth annual Make Music Day.

It’s a festival celebrated worldwide, across hundreds of cities, in which, for one day, dozens of local musicians flood a city and perform pop up concerts in various outdoor spaces. The range of genres you can expect to hear run from pop to classical to jazzy trombones and acoustic guitars. Make Music Day has been happening every summer solstice for the past 35 years since it began in France in 1982. Today, it is celebrated in over 120 countries, and last year over 750 cities across the globe hosted a version.

“I think it is really special to create a platform for amateur musicians, professional musicians, wannabe musicians to make music and have a creative moment and because [the concerts] are free and pop-up based, and unexpected, it’s really exciting,” says Maria Finkelmeier, Make Music Boston’s founder and artistic director.

The festival has many moving parts, considering the wide range of venues, and Finkelmeier says it requires countless meetings with city officials to nail down the logistics. This year you can expect to see musicians in spots across Boston, including Faneuil Hall, the MFA, the Lawn on D, Boston Common, the Rose Kennedy Greenway, and many more.

“We’re allowing musicians and venues to connect with each other, and I think that organic nature from the festival makes it stand apart,” Finkelmeier says.

Neil Parsons, a trombonist and director of the musical group, Too Many Trombones, has been performing at Make Music Boston from the start. He says each year, the number of trombonists who join the group varies, and he enjoys the ability to work with so many different musicians.

“Really, the greatest thing about Make Music Boston is it is an open formula to make opportunities happen,” says Parsons. “It’s been been an ever-changing, ever-evolving, wonderful endeavor every year.”

This year, the festival is featuring a new project called Lift Every Voice where hundreds of artists come together and play as a tribute to racial justice. The program is organized by an artists’ collective called Play for Justice, and will feature protest songs including the civil rights anthem, “Lift Every Voice and Sing.”

Finkelmeier is most excited for this new project. “I feel as an artist I always want to create a platform to say something and unite people and it’s really important right now for us to being doing those things,” she says.

In addition to this project, Make Music Boston is adding several new components to this year’s festival. Finkelmeier says they are starting the day earlier than they have before and will give small hand-percussion shakers to the first 300 people that come to their starting spot at Downtown Crossing, as well as handing out free harmonicas and hosting a ukulele play along at Magazine Beach.

“I just hope by the end of the day people have interacted with music in a new way and feel joy and feel proud to be a resident or tourist in Boston,” Finkelmeier says.