Amy Poehler and Seth Meyers Go In On Julius Caesar Protests in a “Really!?!” Segment

The former "Weekend Update" host returned to Late Night with some thoughts about the recent Shakespearean drama. 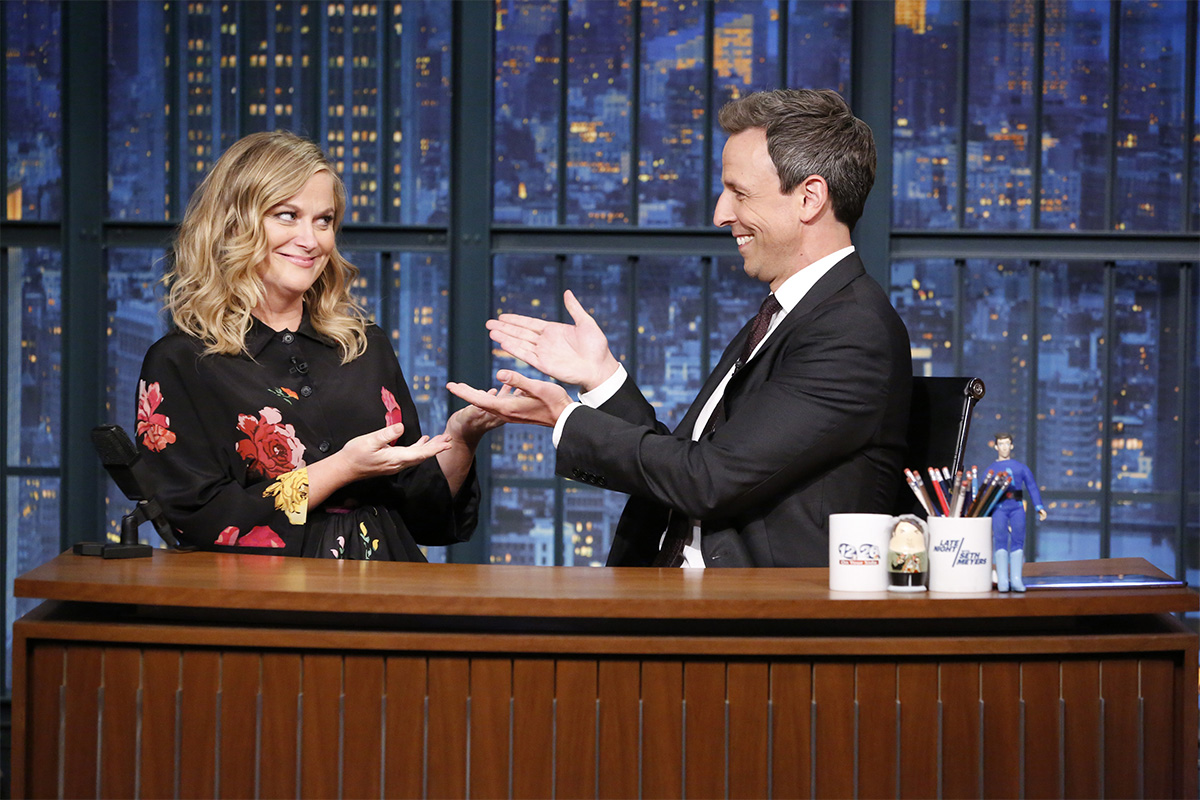 It was just like old times at Saturday Night Live’s “Weekend Update” desk last night, as Amy Poehler rolled up to Seth Meyer’s side to roast political shenanigans, expect this time it was a few studios away at Late Night with Seth Meyers.

Meyers hasn’t held back his opinions, political or otherwise, ever since he started hosting Late Night, and last night he brought in special guest Amy Poehler to revive one of their classic segments, “Really!?! with Seth and Amy.” After a series of protests in New York of Shakespeare In the Parks’s Julius Caesar for its portrayal of the Roman emperor as President Trump, the duo stepped in to give their two cents on the matter.

“Really, protester?” Poehler began. “Now let me get this right. You waited in live to get tickets to a play you already hated, and then you watched it for three hours, and then you ran on stage to protest. But not the president, but someone who looked like the president, from getting pretend stabbed from a fake knife? Really?”

Poehler and Meyers continued to riff on the protests, mentioning the ways Caesar doesn’t represent Trump (“To put it another way,” as Meyers pointed out, “he won the popular vote.”), the way New Yorkers would tell the tale of how they were “at the Caesar that got interrupted,” and correcting a pundit who tweeted about a non-existent show called The Salem Witch Trials.

Aside from co-hosting “Really!?!” the Burlington native was there to promote her new movie The House, co-starring Will Ferrell. Check out the clip below for the full force of their disbelief about the Shakespeare protest.