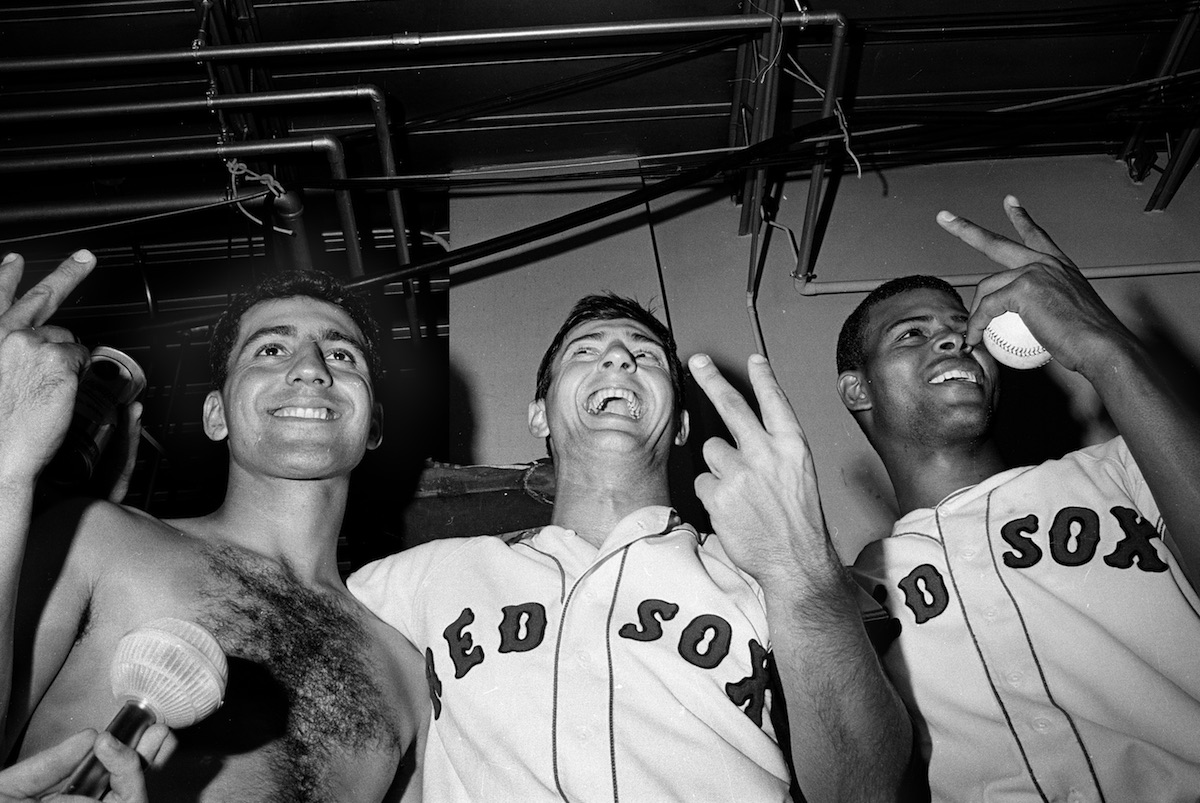 The 1967 Red Sox were coming off a season with over 90 losses, and things didn’t seem like they’d be changing much that year in Boston. The city itself was struggling through an economic downturn, and the stands at Fenway Park were nearly empty each game.

But then things did change. With a rookie manager and a few talented (and now iconic) players, the 1967 season became known as the “Impossible Dream,” as the team went on to win the pennant. Though they lost to the Cardinals in the World Series, the team’s legacy looms large in the history of the Sox, given the degree to which that season revived fan interest. The Massachusetts Historical Society has put together an exhibit to honor this great team titled, “Impossible Dreamers: The 1967 Pennant Winning Red Sox,” on the 50th anniversary of the team’s surprise success.

“Boston was in the middle of a population exodus. The city was facing all sorts of issues,” explains Gavin Kleespies, one of the curators at the Massachusetts Historical Society who worked on the project. “This team took a city that was really down and seemed pretty hopeless and gave it something to rally around.”

The exhibit will only take up one room, but that room will be full of memorabilia and images, including Carl Yastrzemski’s jersey, Jose Santiago’s bat, and the temporary display of the 2004 World Series trophy, plus Major League draft cards for many of the athletes.

The exhibition will be produced in cooperation with Frank O’Brien, a photographer who was assigned to the Fenway beat in 1967, which wasn’t a very desirable assignment at the time. The images he captured, both on the field and off, will tell the story of these unlikely American League champions.

“This is a chance to see a view of Boston when it was a different time,” says Kleespies.

In 1967, with a team that almost no one watched, reporters were still allowed into the locker room and around much more of the stadium. The images show everything from the players to the park to spectators, including a few special ones. “We’ve got a Kennedy of course. Ted Kennedy and Hubert Humphrey are in one of the photographs,” says Kleespies.

The 2004 trophy will be on display only on June 24.  That evening, there will also be a panel discussion with some local Red Sox experts, including sports writer Herb Crehan, musician and author Bill Nowlin, who’s published several books about the Sox including a Johnny Pesky biography, and BU history professor Tom Whalen. The panel will be mediated by official Red Sox historian Gordon Edes. Tickets for the panel are available from the Massachusetts Historical Society website.