The group was recognized for their iconic contributions to R&B. 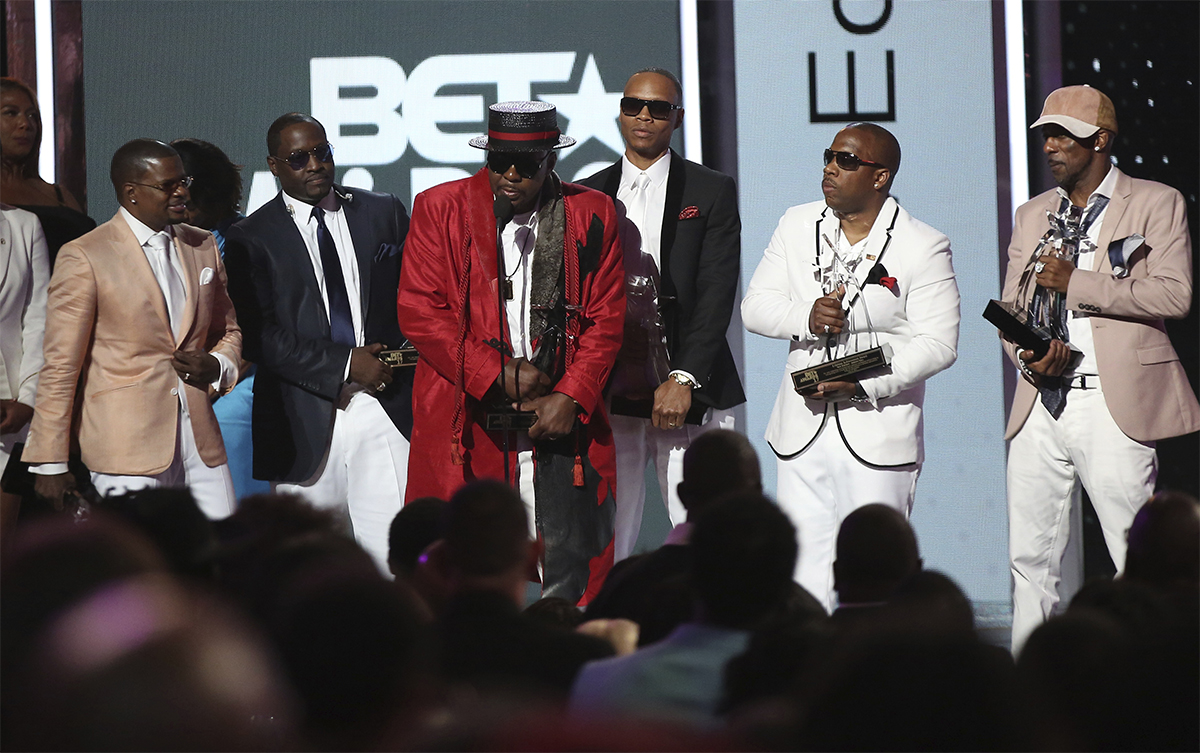 With over three decades-and counting in the business, classic R&B group New Edition was honored last night at the BET Awards with a Lifetime Achievement Award.

The BET awards honor art and performances from the black and African American community every year. This year, Saturday Night Live star Leslie Jones hosted the event, which featured performances by Bruno Mars, A$AP Rocky, Chris Brown, DJ Khaled, and more. This year’s show recognized New Edition as one of the originators of R&B.

The Boston group began in the late 1970s, and shot to fame in the ’80s with classics like “Cool It Now,” “Mr. Telephone Man,” and “Candy Girl.” After some member shake ups and break ups throughout the years, the original six—Ricky Bell, Michael Bivins, Bobby Brown, Ronnie DeVoe, Johnny Gill, and Ralph Tresvant—reunited again and announced a comeback album later this year.

The award also earned the group praise from a number of entertainers in a video tribute, including fellow Boston native Donnie Wahlberg who said, “If there was no New Edition, there would be no New Kids on the Block, no Boyz II Men, no Backstreet Boys, no *NSYNC, nothing.” Marty Walsh’s campaign twitter also gave them a shout out:

Part of the tribute to New Edition included a medley of their hits performed by the cast The New Edition Story, a BET miniseries retelling the band’s history from their childhoods in Massachusetts to early fame in Hollywood. After accepting the award, both new and original editions sang another medley on stage together. Watch the video of their performance below.