In an appearance on Full Frontal, the senior senator from Massachusetts gave Sam Bee a pep talk about not feeling defeated by Donald Trump. 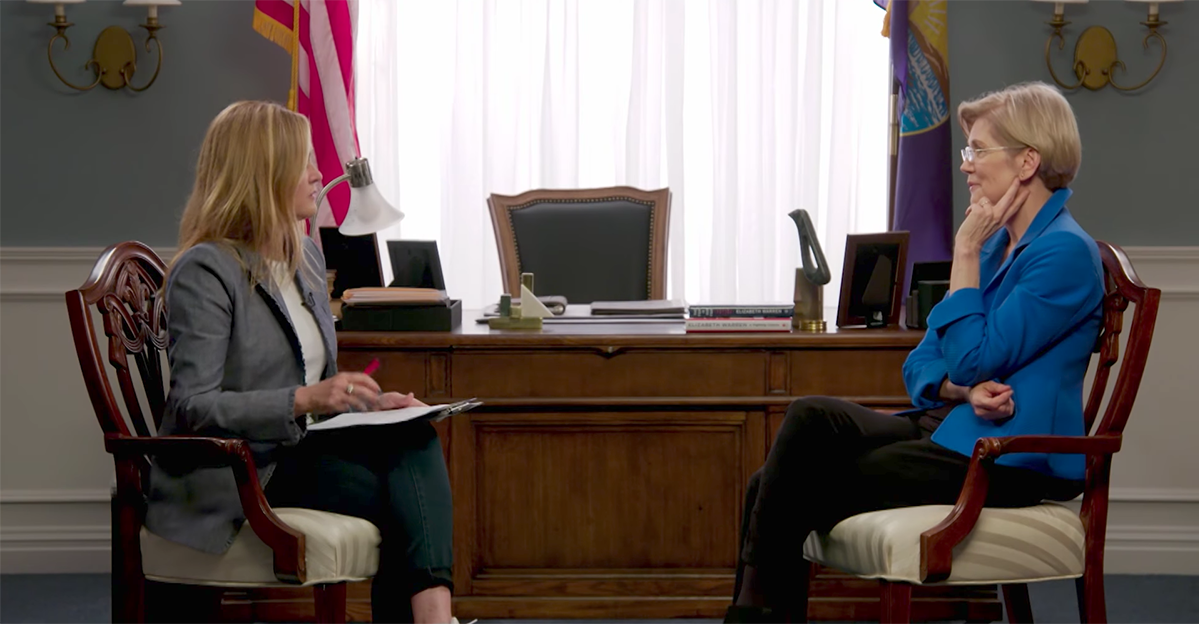 It’s safe to say that Samantha Bee is no fan of the president. She’s devoted countless time on Full Frontal to criticizing Donald Trump, but after six months, she’s feeling exhausted. Naturally, she went for advice from a person who never seems to get depressed or defeated: our own Senator Elizabeth Warren.

The senator has spent a fair amount of her own time criticizing the president, both in interviews and on Twitter (his preferred medium), and claims she doesn’t get down about things. Bee couldn’t believe it, saying at one point, “You’re so enthusiastic that I feel like you think we’re going to come out of this better than when we started.” Warren agreed. But given the constant negativity, Bee presented Warren with a list of insults the comedian had received and asked her to reinterpret them in a more positive light, including “Canadian lunch lady arms.” Warren gave it some thought, and offered the more positive take on that: “Strong and nourishing.”

The interview also featured Warren doubling down on what her favorite show is: the Rock’s HBO show Ballers. As a special treat, Bee brought out Ballers star and Weymouth native Rob Corddry to say hi to her, and presented Warren with a life-sized Dwayne Johnson cutout. The senator, to put it lightly, was thrilled. Those two have to meet in real life someday, right? The love is clearly mutual.

And for those keeping track, Warren says her current campaign plans only include representing Massachusetts in the Senate. Catch the whole interview below.