The band, in the area for a stop at Marshfield's Levitate music festival, is on tour without bandmate Pete Francis. 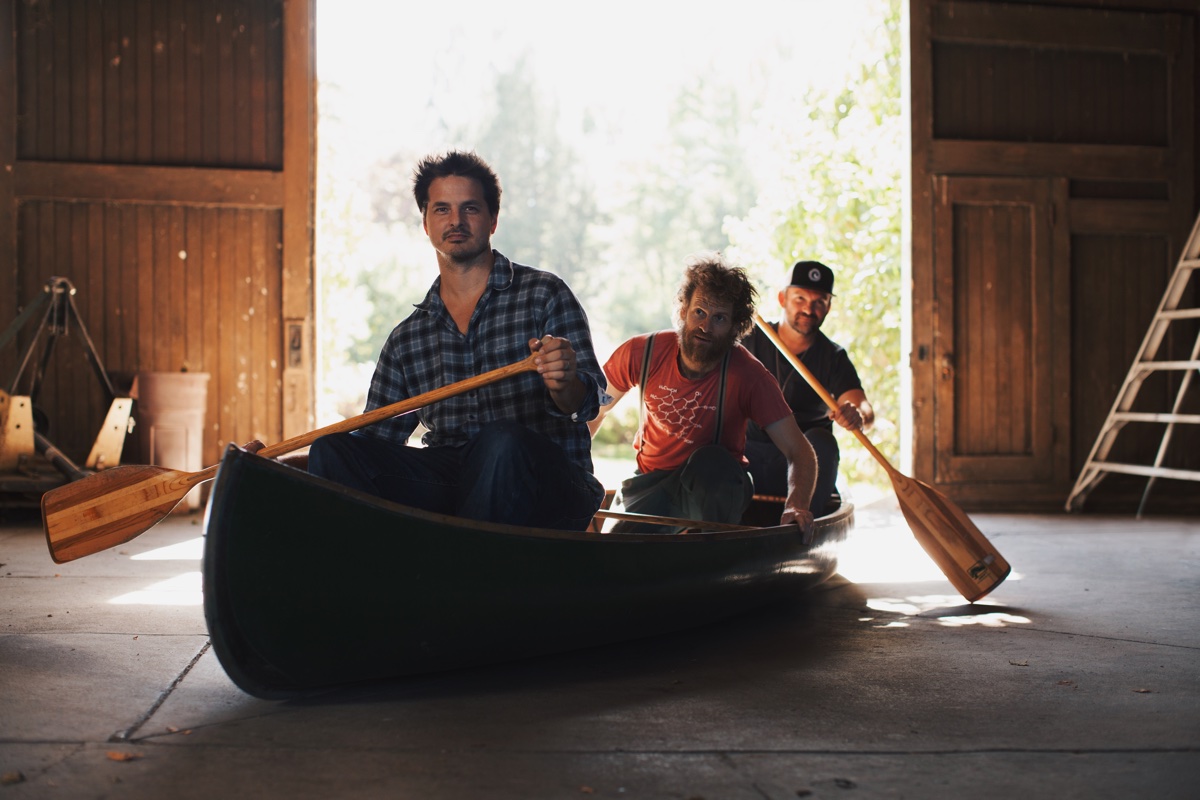 The route to Dispatch’s air-conditioned tour bus is a narrow passage that winds between tapestries spread on the lawn, through a sweaty sea of women in crocheted bikinis carrying hula hoops and men engaged in fierce games of cornhole at Marshfield’s Levitate music festival. It’s an apt metaphor for the band’s own musical path, which began with a fan base built out of prep school students who attended schools near their crash pad outside of Boston, because their old Suburban was only able to drive in first gear and couldn’t make it much farther. Now, two decades later, that same band sells out Madison Square Garden and just released their sixth studio album.

Chad Stokes, who along with Brad Corrigan and Pete Francis formed Dispatch, says, “In the beginning it was Brad who was booking the band, so wherever we could get any kind of foot in the door, we played.” Corrigan finishes Stokes’ thought, saying, “That’s why we played so many prep schools! They actually paid well for us at the time, and gave us a place to spend the night and fed us. It was like, ‘Guys, we’re on this.’”

Twenty-one years later, the trio continues to tour, but they’ve traded the Suburban for not one, but two tour buses so their families can comfortably travel along with them.

But it’s not just the landscape that’s changed to include both coasts and all of the cities in-between, or the ease of travel that comes with having managers and a crew. The band has a new appreciation for their life on the road. “We enjoy it, we savor it more. We realized that we can’t really take it for granted,” says Corrigan. Stokes chimes in to add, “Plus, this band has almost gone away a couple of times for good, so I think we feel grateful for each other.”

Sadly, this time around, for only the second time in the band’s history, their bandmate Pete Francis did not get on either bus. “He’s struggling a lot with depression. He’s had a long battle with it,” explains Corrigan. Stokes continues, “He wrote a letter to the fans saying why he wasn’t going to be here and it was really sweet.” And the fans, in turn, responded with endearing messages of their own. Some were about friends, going through something similar and some were addressed to Francis directly, telling him that his honesty gives them the strength to endure, that because he can do it, they can too. The band has hung all of the messages behind them on stage, waving like little prayer flags to make up for their missing band member, who, for now, isn’t jamming with them on stage.

Ironically, it’s allowing each other this space when they need it that the men credit for keeping their band together for so many years. “When we weren’t feeling much like friends in the past, we decided not to tour for a while. You can imagine there isn’t a ton of space in a world like this. I’m glad that we’re not able to fake it very well,” says Corrigan. “It’s incredible that Pete and his wife Katie have been so honest with us. They gave us the green light to play, and it felt to all of us like the best thing to do was to keep the ship moving. Then when Pete is well, he can come out and join us, as opposed to hitting pause.”

Judging from the last two decades, no matter the stops and starts, Dispatch’s wheel will keep on spinning.

Their latest album, America, Location 12 is available to stream or download at dispatchmusic.com.